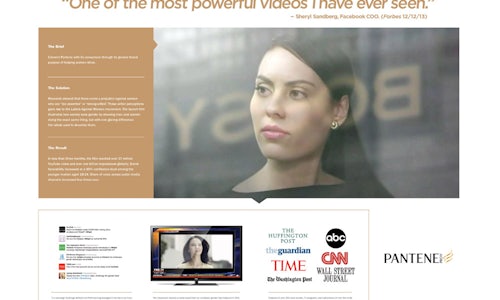 The Brief Connect Pantene with its consumers through its greater brand purpose of helping women shine. The Solution Research showed that there exists a prejudice against women who are "too assertive" or "strong-willed". These unfair perceptions gave rise to the Labels Against Women movement. The launch film illustrates how society sees gender by showing men and women doing the exact same thing, but with one glaring difference: the labels used to describe them. The film debuted during the broadcast of the 2013 Miss Universe competition last November 10. Given the nature of this program, and the high viewership this holds with our target, we believed it was the perfect time to talk about the issue of gender bias. Similarly, the film was uploaded in Pantene Philippines' Facebook page and YouTube channel. It immediately generated buzz online. The Result Although initially approached from a local standpoint, the campaign resonated globally, recognizing the reality that every woman faces. To date, it has garnered over 40 million views and 1 billion impressions globally. The campaign has earned 15 million US dollars in earned media. It has been dubbed as “One of the most powerful videos you will see today" by Time Magazine, endorsed by Facebook COO Sheryl Sandberg, and has been featured in major international news outlets such as the CNN, ABC News, Forbes Magazine, Wall Street Journal, Washington Post, The Huffington Post, The Guardian and 200 others. Brand favorability increased at a 90% confidence level among the younger market aged 18-24. Share of voice across social media channels Facebook, Twitter, and the blogosphere increased 4 times over. 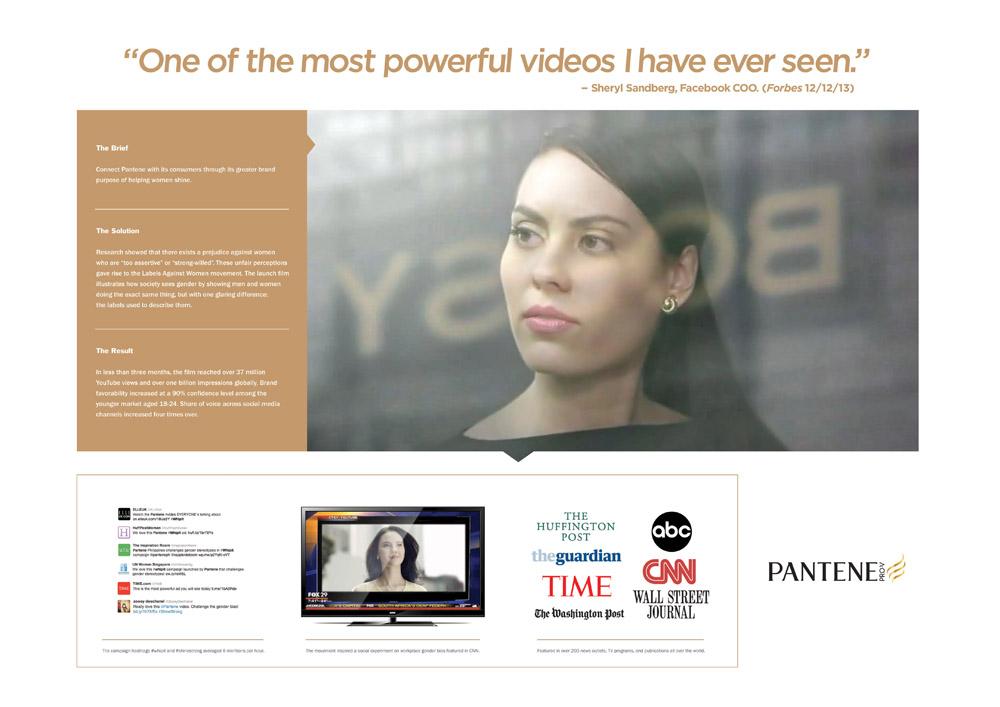