YouTube has become the bread and butter of Old Spice digital content. People come to burn time watching hilarious videos, kooky parodies and some guy sitting on a horse. We've encouraged laughter nearly 400,000,000 times since 2006, all while helping guys smell great. It's symbiotic. It's beautiful. It's Old Spice on YouTube.We could use marketing term after marketing term to claim our superior achievements, but it actually comes down to the fact that a toiletry brand continuously delivers engaging content inspiring people to chat around the proverbial watercooler. In fact, that chatter led to so much sharing we amassed 63 years worth of viewed video content in 2013 alone. That's so much watching you could literally run around the world 25 times and still not match the amount of time spent watching our work over the past year. By delivering on-demand humor, we've inserted ourselves into the viewing habits of over 380,000 subscribers who cherish our material and crave being the first to know about it and share with their buddies. Statements like "Old Spice broke the Internet again" and "Whoever made this needs regulated and thorough mental therapy" have been thrown around on more than thirteen occasions, and people continue to come back to ask "Dafuq!?" with each content release much like that stray cat you fed one too many times. Our entertaining media often hits the front page of Reddit (r/hailcorporate much? We think not.) because we focus on driving Internet culture, not interrupting it. 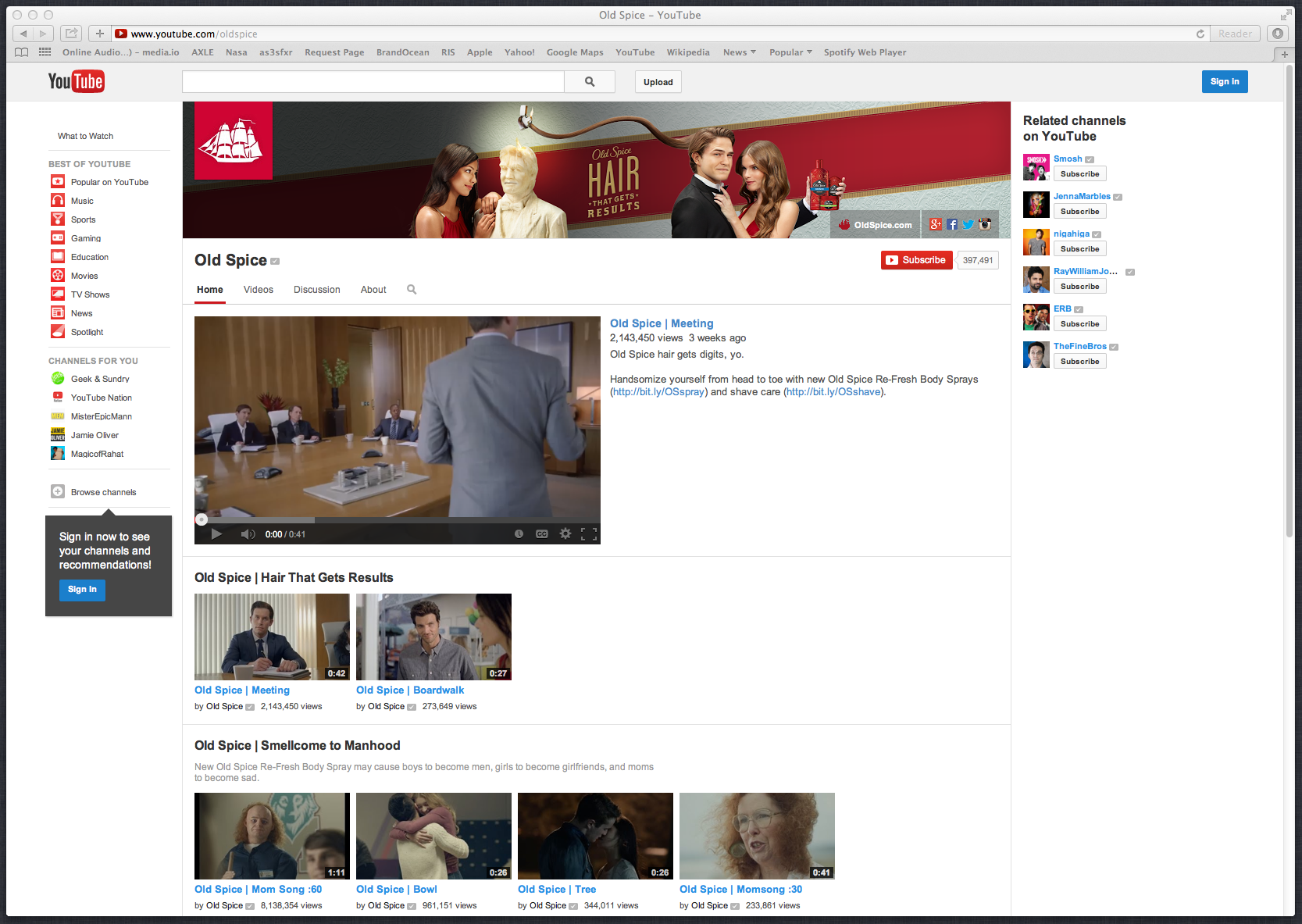