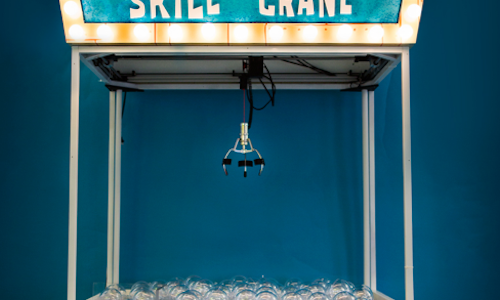 To help with Nickelodeon’s SpongeBob SquarePants Fan "Shellebration", iStrategyLabs created a custom, real world Skill Crane (yes, like the arcade machine) to be controlled by users over the internet via Facebook. For 2 full weeks, visitors to their Facebook Page were able to play a game "bubble pop!" that would have one lucky winner win control of the crane, which they would "play" through their computer to actually control the physical crane in real-life -- resulting in a real-time sweepstakes. Spongebob Nick Presentation from iStrategyLabs on Vimeo. The core challenge of this project was to convince our audience of the real-world impact of their digital actions. We bridged that gap via a live video feed from a camera looking into the prize-filled case of our physical crane. The video was then embedded in a web-based version of the skill crane, emulating the experience of literally standing in front of the machine. It seemed we had done our job too well. During user-testing, many participants thought the contents of the livestream were computer-generated. Even though the actual crane was in the next room...which they could see. To hammer home the realness of this experience, we produced a brief into video, full of glamour shots of the actual crane, that would play whenever a new viewer visited the skill crane website, and succinctly explain a somewhat elaborate concept. The Skill Crane made it’s way over to Universal Studios for the first ever "Shellebration" where visitors had the ability to control the real Skill Crane in person!This campaign represents something that has never been done before, that pushes the limits of 'real-time marketing' -- and redefines the notion of a "sweepstakes". This build came with its share of difficulty, all of which was overcome to create a truly special project. On the technology side, the crane was powered by an Arduino microcontroller that commands three motors that adjust the x-y-x coordinates of the Crane’s claw when users select a drop location. iSL has utilized a node.js backend that responds to socket events coming from the client webpages, which then sends signals to the Arduino to move the crane to a location, selected by the player, and drop it. For the users, an easy-to-navigate interface allowed visitors to vie for a chance to control the crane, win prizes, and see and control everything through a livestream right from their computer. Nickelodeon's SpongeBob Skill Crane Video from iStrategyLabs on Vimeo. This project is a true representation of the trend of blending "online/offline" or "digital/physical" marketing. It lived as a social sweepstakes, a Facebook campaign, a real-time marketing play, as well as digital and experiential marketing all at once. We drew upon our designers, strategists, producers, developers, and even our in-house mechanical engineers in order to get it done -- ultimately rewarding over 1,300 players, and notching 50,000+ page views. Quite simply, we broke a few barriers to get this done! 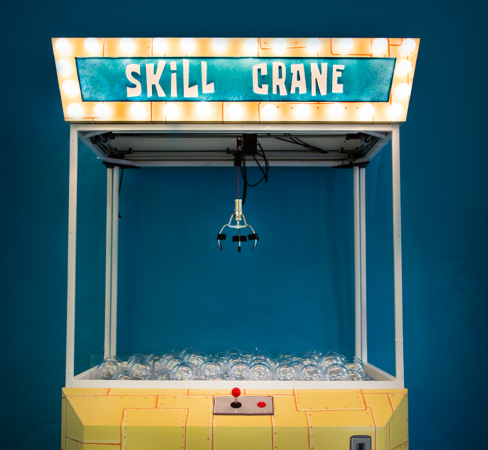