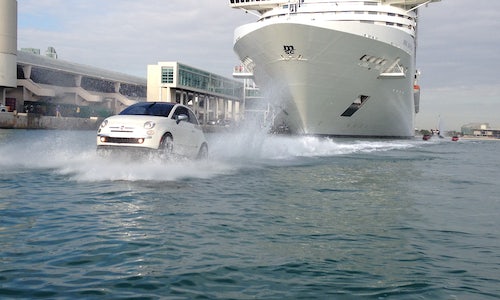 In November 2013, MSC Divina became the first member of the MSC Cruises fleet to sail the Caribbean year-round. To celebrate the occasion, on November 19th, the dazzling MSC Divina was escorted into PortMiami by a fleet of high powered FIAT personal watercraft. The spectacular entrance concluded with MSC Divina’s 18-night Atlantic Ocean crossing to Miami from Venice, Italy. Before departing for Miami, an additional touch of Italian style enchanted spectators in Venice, as a fabulous Rosso Brillante (metallic red) Fiat 500, or Cinquecento as it is known in Italy, was loaded onto the ship to officially escort MSC Divina across the Atlantic Ocean. Fans were encouraged to follow the iconic journey from Venice to Miami with #FIATatSea and were told to be on the lookout for MSC Divina's eye-catching arrival and welcome into PortMiami on the morning of November 19th. Once MSC Divina arrived in her new PortMiami home, MSC Cruises welcomed aboard guests, travel agents, and press for her Caribbean debut sailing. Everyone on board was asked to help celebrate throughout the 3-night sailing by sharing their photos and videos using #MSCDivina. To inspire social sharing, the sailing kicked-off with a Sail Away Social Meetup at the Aqua Park on deck. Using the new large outdoor screen on the pool deck, tweets, photos, and videos were streamed for all to see during an hour-long Twitter chat that ended with a fireworks display with the Miami skyline as a backdrop. MSC Cruises understands the impact that social media has in the travel purchase cycle and wanted to use MSC Divina's debut in PortMiami as a launching pad for increasing social engagement with consumers and travel agents, before, during, and after their sailing. On this debut sailing, MSC Cruises also launched the MSC Divina Traveler Web App in order to help guests stay connected while at sea. Looking to make a splash during the debut, MSC Cruises and FIAT worked together to produce the show-stopping arrival of MSC Divina. The partnership with FIAT was a natural fit; both brands have a rich Italian heritage and tell a similar story of Italian brands who have recently brought their sophisticated Italian style to the North American market. The partnership generated excitement leading up to and during the arrival in PortMiami for the guests on the Grand Voyage from Venice, Italy as well as all of the North American followers that had been waiting for MSC Divina to make her grand entrance and start Caribbean sailings year-round. During the debut sailing, social media messages were communicated to guests on board with banners on the pool deck, letters delivered to their stateroom, and online. As MSC Divina was getting ready to depart on her first cruise from PortMiami, everyone was invited to the Aqua Park for a Sail Away Social Meetup. All tweets, photos and videos with #MSCDivina were streamed on the new pool deck screen and the MSC Cruises USA social media team was live to actively engage with guests during a Twitter chat. Five guest bloggers were on board to help host the Twitter chat that was attended by guests on board as well as our followers on land. Social Media Results: • Content shared on Facebook and Twitter of MSC Divina’s arrival were the top performing posts in terms of engagement for MSC Cruises USA in 2013. • From November 19-23, #MSCDivina generated 1.5 million impressions on Twitter • MSC Cruises USA's Facebook and Twitter audiences each grew over 10% in the month of November 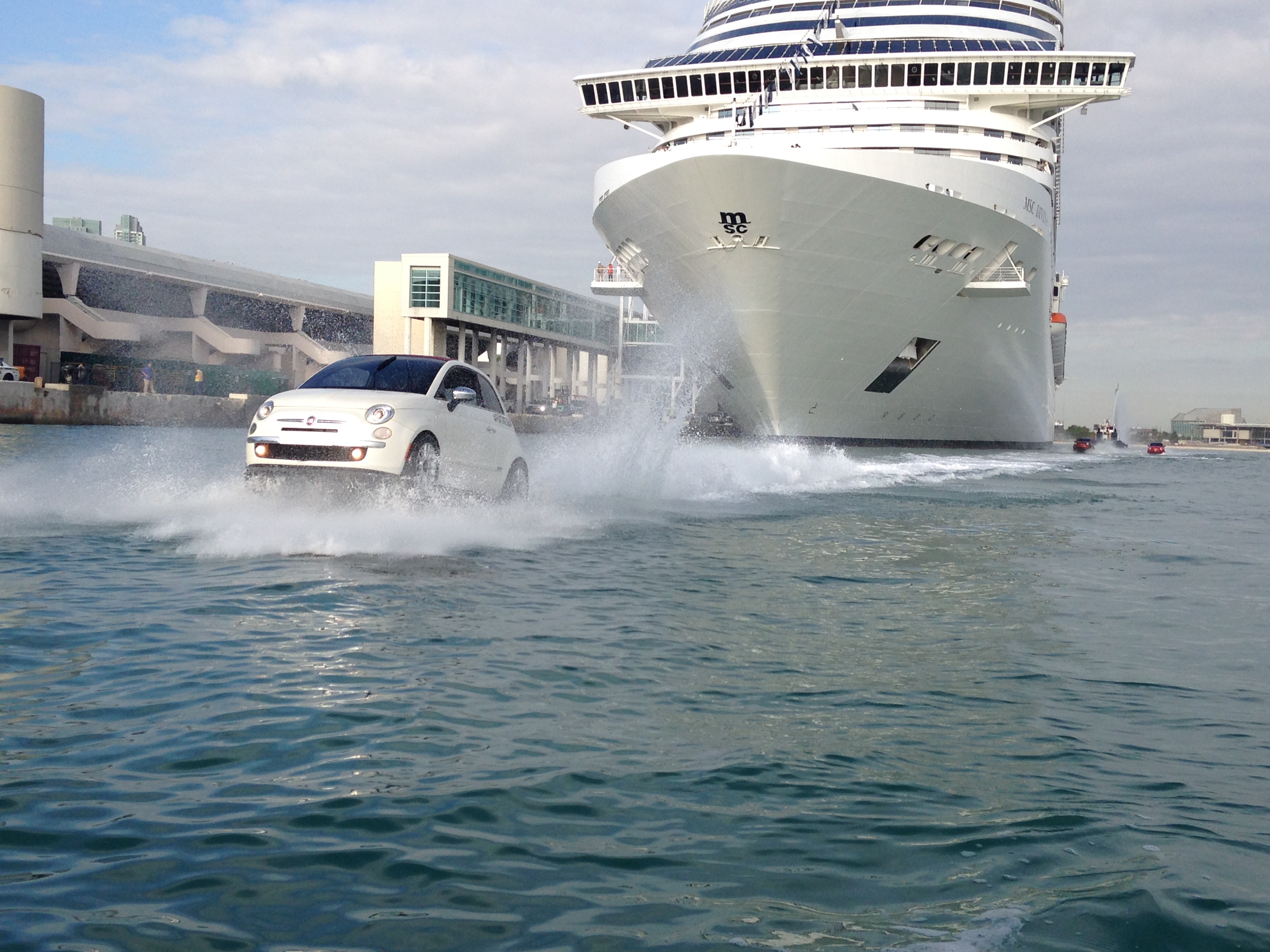