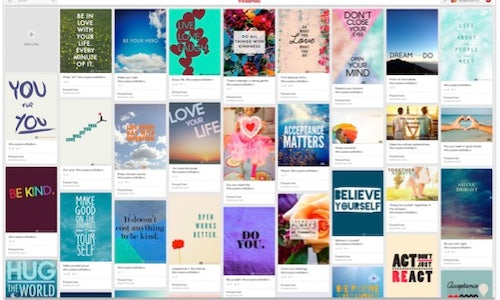 For the past 25 years, MasterCard has been a brand that has been accepted in more places than any other card. In 2013, our challenge was to find a way to make the conversation around Acceptance broader, and more meaningful. The idea of Acceptance has a double meaning, and as a brand, we were uniquely positioned to champion the progressive side of Acceptance. #AcceptanceMatters became our rally cry to share this message: Accepting each other is what matters most. The conversation began in celebration of NYC Pride in June 2013, when MasterCard started a dialogue asking consumers to tell them why #AcceptanceMatters. It has since continued to extend the conversation worldwide to enhance and inspire social movements around diversity. As we headed towards the beginning of a new year in 2014, a time when we surround ourselves with friends, family -- it felt like the right moment to begin sharing this message more broadly with our community. The first question we needed to answer was which social platform would we choose to house the idea—where #AcceptanceMatters would fit most naturally into the way people use the channel. We chose to focus our efforts on Pinterest, a place where messages of love, encouragement and acceptance were commonly shared. But for a brand with a new presence and zero followers, having our content seen would be a challenge. Our idea was straightforward and organic to the platform: Develop inspirational word art that evoked the spirit of #AcceptanceMatters and partner with some of the platforms most prolific pinners to spread the content. By creating highly visual and inspirational content that was native to the platform, we knew we were tapping into existing behavior and it would propel our content forward. The results were phenomenal. We delivered 24.5MM potential impressions, and more than 13,000 repins in just 9 weeks. Additionally, we gained 171 followers to the board, pins continued to propogate through 24 levels of repins, and 15 influencers picked up the pins. In the end #AcceptanceMatters became more than just MasterCard’s rally cry, it resonated with pinners and found a home in their treasured collections and inspirational pinboards. And it showed how social can be a central component in not just engaging consumers around a moment in time, but in building brand love over the long-term. 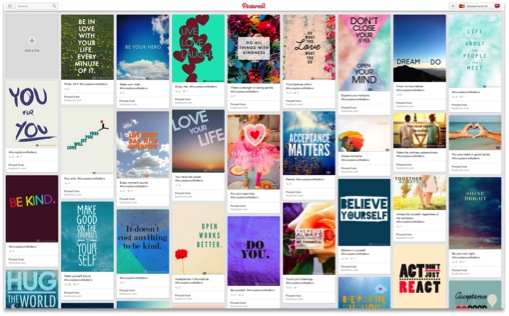