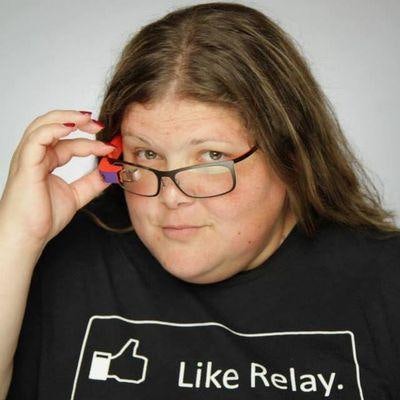 Jen is 36 years young and lives in Orlando, Florida. By trade and education she is a Producer in the film and tv industry, but her heart also lies in volunteering and helping out in her community. While she's spent much of her life volunteering in Central Florida, Jen began using social media back in 2008 to spread her messages of goodwill and volunteerism in and outside of FL, and often outside of the country. Since then Jen has been nominated for and honored with several awards for her efforts including; Volunteer of the Year at Universal Orlando Resort (Entertainment Division), was named one of Orlando's Top Twitter Influencers by Orlando Business Journal, dubbed a TechHero by Carpathia Hosting and a Top 10 Tech Hero for her #Glass4good efforts by TechRepublic.com. City of Orlando has called her their "Glassbassador." She's even blinded Thomas Dolby with science by giving him his first ever Google Glass demonstration! Jen is proof that effort - not money - goes a long way. Jen uses her social media platform to create and share great things happening in and outside of her community, at events large and small. Having lost half of her family to cancer, Jen devotes a lot of her time volunteering for the American Cancer Society, where she heads up the social media committees of two of their signature events, Relay For Life in Hunter's Creek, Florida (the #5 Relay event in the state!) and Making Strides Against Breast Cancer of Orlando (the #1 Strides event in FL). What makes Jen's use of social media so unique is her embracement of technology. She's always brainstorming on how to make the latest tech gadget work for a cause! Her latest project? Google Glass! Unemployed with no income when selected, Jen asked her social community to help her bring Google Glass to Central Florida. In the end, 35 individuals in & outside her community gave back to her. She continues her efforts with #Glass4good a year later thankful and smiling!