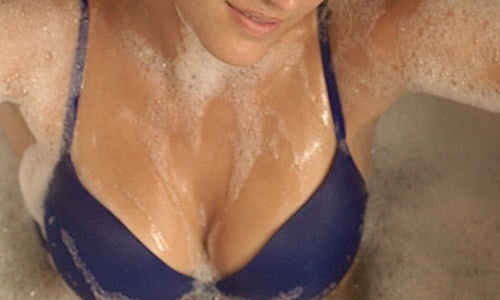 Warner’s leads the bra category in comfort superiority with a barely-there product. To showcase just how comfortable their bras really are - enough for women to never want (or remember) to take them off, Warner’s enlisted Vine celebs to #GetComfortable. To set the tone for the Vine campaign, we created “Girls Gone Comfortable", a humorous online video featuring women doing traditionally braless activities - such as breastfeeding - fully clothed. Warner’s first Vines were created by Meagan Cignoli, photographer gone Vine pro: The additional influencers enlisted to show how they get comfortable were funny, influential Vine personalities with mass appeal to both female and male audiences; they included: Vine celebs Emily Wagner, KC James, Jordan Burt, Simone Shepard, Jessi Smiles, model Jessica Cook, and more. Each one created micro video content; results ranged from Vines of tanning in a bra on a street corner to riding a merry-go-round in a bra to prancing around as a human butterfly. The Vine campaign was supported by #getcomfortable UCG content and a microsite hub: wegetcomfortable.com.Over 4 weeks, Warner’s Vine account gained over five thousand new followers through 100% organic engagement. The content resulted in 466,616 total social actions and was featured on Vine’s coveted “Popular Now" section seven different times. The ‘Get Comfortable’ campaign garnered over 12.5 million social impressions, a 5,200% increase in social mentions for the brand. Consumer outlets including New York Mag’s The Cut, Daily Dot and Cosmo featured the campaign, and AdvertisingAge highlighted Warner’s as a brand leading the way on the platform, twice. In the end, the campaign increased referral traffic to Warners.com by 23%, thereby achieving the goal to drive awareness during August's back-to-school sales for Warner’s products. 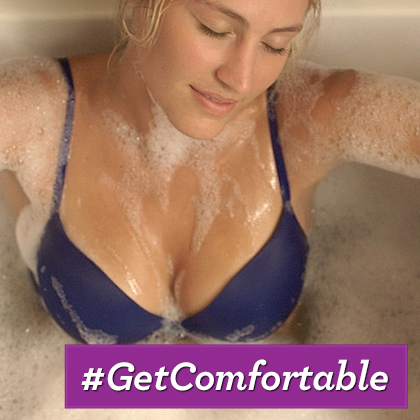