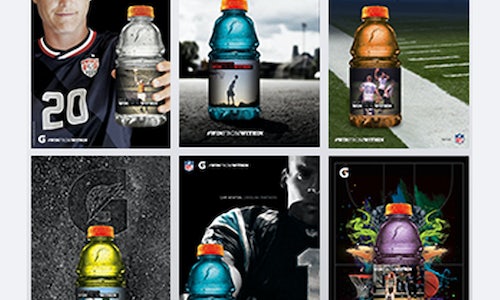 Win From Within. Gatorade defines it as being driven from the inside, measured in sweat, reps and preparation. But for 13-18 year old athletes, their definition isn’t so clear. So we set out to increase consumer awareness and understanding of what athletes think it means to #WinFromWithin. Give athletes a privilege that’s normally reserved for the world’s best – their athletic achievement celebrated on a Gatorade bottle. By creating their own #WinFromWithin bottle and poster, they were entered to win an actual case of Gatorade with their custom label, as well as a chance to be featured in Gatorade advertising. So now, instead of you holding the bottle of your favorite sports icon, they were holding yours. Athletes got to live one of their dreams – their face on a Gatorade bottle. And when you give them that opportunity, they want to share it. And they did. Resulting in the most engaging campaign in Gatorade history. More than 120,000 submissions 51,000 total shares 5500% more submissions than any prior Gatorade campaign 2800% more social shares 108,000,000 total social impressions 115,000 new social fans/followers 200% increase in Twitter followers 150% increase in Instagram followers 105% increase in #WinFromWithin mentions 460,000,000 media impressionsWe developed a simple-to-use program that allowed consumers to upload their images via site, social and/or mobile to Gatorade bottle posters while also selecting sport-/athlete-relevant imagery. Consumers were able to share these images with their friends to showcase their athletic moments. A select few were included in Gatorade advertising, mentioned by Gatorade’s professional athletes and won an actual six-pack of Gatorade product featuring their personalized label. Consumers were also able to view a gallery of submissions to see how other athletes were defining their “Win From Within" moments. We were able to drive the engagement with the program through the participation of professional athletes and teams, a TVC that drove to the digital experience, a mix of media partnerships (across display, social and native/editorial) as well as a call to action on the products. Owned media included existing Gatorade digital channels, including the website, Facebook page, Twitter account and Instagram profile. The sponsorship participation included partner professional athletes and teams. • More than 120,000 submissions o Well above our goal of 5,000 o Doritos’ “crash the super bowl" – 6,100 submissions o Lululemon #sweatlife campaign – 7,000 submissions o Tourism Queensland (sited as best UGC program to date) – 35,000 submissions • 46,995 social shares o Most shares of any program – 16 times the shares of Declare and 19 times the shares of Jordan • Average time spent on Gatorade.com up 112 percent Expanded Consumer Base: • More than 118,000 new fans/followers (as tracked directly through social platforms Facebook, Twitter and Instagram) • Percentage increase across all platforms surpasses averages for all past Gatorade campaigns Consumer Reach: • 514,000,000 impressions • Increased overall use of the “Win From Within" statement by 183 percent • Heritage 2.0 reported 4 times stronger home page click-through rates on ESPN.com and the tablet home page than the same placements in 2012 • Exceeded Buzzfeed average social lift by 70 percent and more than 506,000 article views • 3.5 million views of Gatorade custom editorial content • Non-Gatorade social channels drove more than 30 percent of overall engagements Shift in Conversations: • #winfromwithin use up 70 percent over 2 month average, and 96 percent of program mentions are brand/sport relevant • Halo effect: 58 percent non-heritage related WFW conversations were brand-relevant 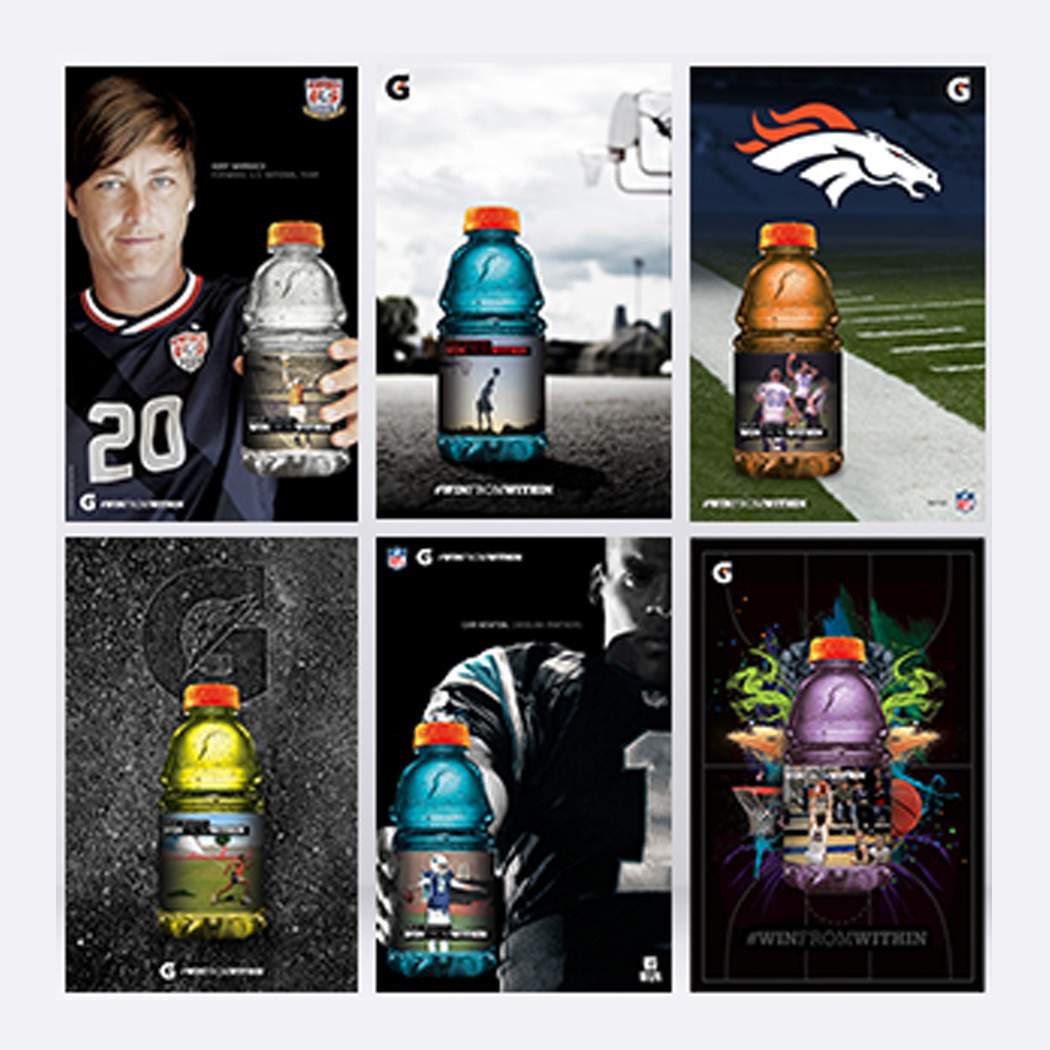