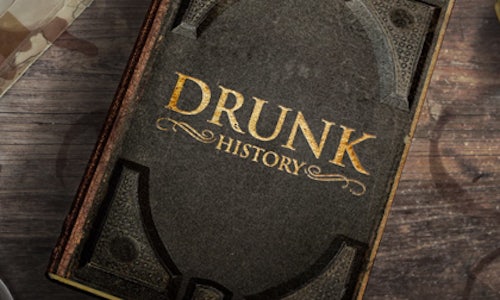 Drunk History has always been an exercise in reinterpreting our collective past, using a ton of booze and as little research as possible. Because let's be honest: except for that one guy who kept all of his notes from high school, history is pretty blurry for most people anyway. So when it came time to promote the show's first season, we took to Facebook and started a campaign the only way we knew how: by recounting stuff about presidents and treaties and s**t the best we could under the circumstances and encouraging our fans to play along.When we were thinking of tools we could use to get people excited about Drunk History's premiere season, two aspects of the Facebook interface came to mind. The first was that people are always posting pictures of themselves wasted on the Internet (like, "luv my guuurls <3"-style). With that in mind, we gave fans the opportunity to be loud and proud about getting their drank on by encouraging them to replace their profile pictures with a promotional image of their favorite drink. The second was Facebook's Timeline feature, which struck us an obvious choice. After all, history and timelines go together like beer, Bacardi 151, and amaretto (seriously -- tastes just like Dr. Pepper). We set to work Googling some dates of important s**t (when so-and-so signed or declared whatever, etc.), doctoring some images to go along with them, and situating each on a timeline in the year it actually happened. (You know, like real historicalists.) Our record ultimately stretched back to 1492. We also intermittently posted graphics commemorating national milestones called "This Day in #DrunkHistory" to keep fans involved between episodes. We weren't just entertainers anymore. We were, like, edumacators. The idea was to create a variety of content that both got folks excited about the show and provided an experience fans couldn't get from the show itself. With all of this content distributed throughout the page, visitors were more likely to read deeply as they scrolled down to explore all of this s**t, uncovering clips and drunk texts and maybe even learning a thing or two about freedom and forefathers and American awesomeness along the way. It was meant to be an immersive experience, not just in a TV show, but in the general gist of the history of this great nation. Thank you, and sleepytime now. 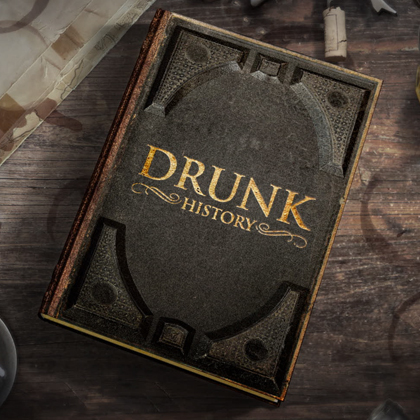