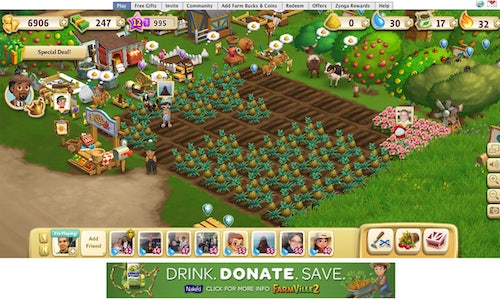 Have you ever heard of a food desert? Many people have not, but for over 23 million Americans food deserts pose a serious threat to their wellbeing. These food deserts are communities or neighborhoods that don’t have access to healthy fruits and vegetables, which can lead to serious health problems. With one pound of blended fruits and vegetables in every bottle, Naked Juice knows the power a pound of good can do. That’s why they teamed with Wholesome Wave - a non-profit dedicated to improving access and affordability of fresh local produce to underserved urban and rural communities. However with so little known about food deserts, Naked Juice’ challenge went beyond just donating produce – we needed to raise awareness of the threat, and prompt action. Naked Juice partnered with one of the biggest social games on Facebook, Farmville 2, to raise awareness of food deserts and enroll a community of virtual farmers to help. Naked hosted the first ever community challenge – asking players to plant and grow 150,000 pounds of virtual fruits and vegetables to be ‘donated’ in-game to individuals who don’t have access to fresh fruits and vegetables. This virtual food drive, a first of its kind, mirrored a national promotion Naked ran in the real-world, in which they donated 150,000lbs worth of produce to underserved communities. However this time the community was getting involved. When users launched the game during the 6 week campaign, they were greeted with a full screen overlay that educated them on the negative effects of food deserts, and why it was important to donate. From there, users were asked to grow 150k pounds of virtual Naked Juice branded pineapples – a new crop in the game – that would all go towards helping end this epidemic. In addition to the community challenge, Naked Juice wanted to provide the Naked Juice community with a tangible way to get involved. Players were encouraged to purchase a special, limited edition Spinach crop for $0.99, with 100% of the proceeds donated directly to Wholesome Wave. The Farmville community responded with great enthusiasm with nearly 264,000,000 crops grown and virtually donated to food deserts, more than doubling the challenge goal of 150,000 lbs. More importantly, Farmville gamers were able to actively make a difference in the lives of those living in food deserts, raising a total of $57,350 to be donated to Wholesome Wave through sales of the limited edition spinach crop. The program also delivered on awareness, with users exposed to the Naked Juice/Farmville 2 campaign 179% more aware of the partnership than those that were not. And while not a campaign objective, those exposed were 253% more likely to purchase Naked Juice products than those that were not. 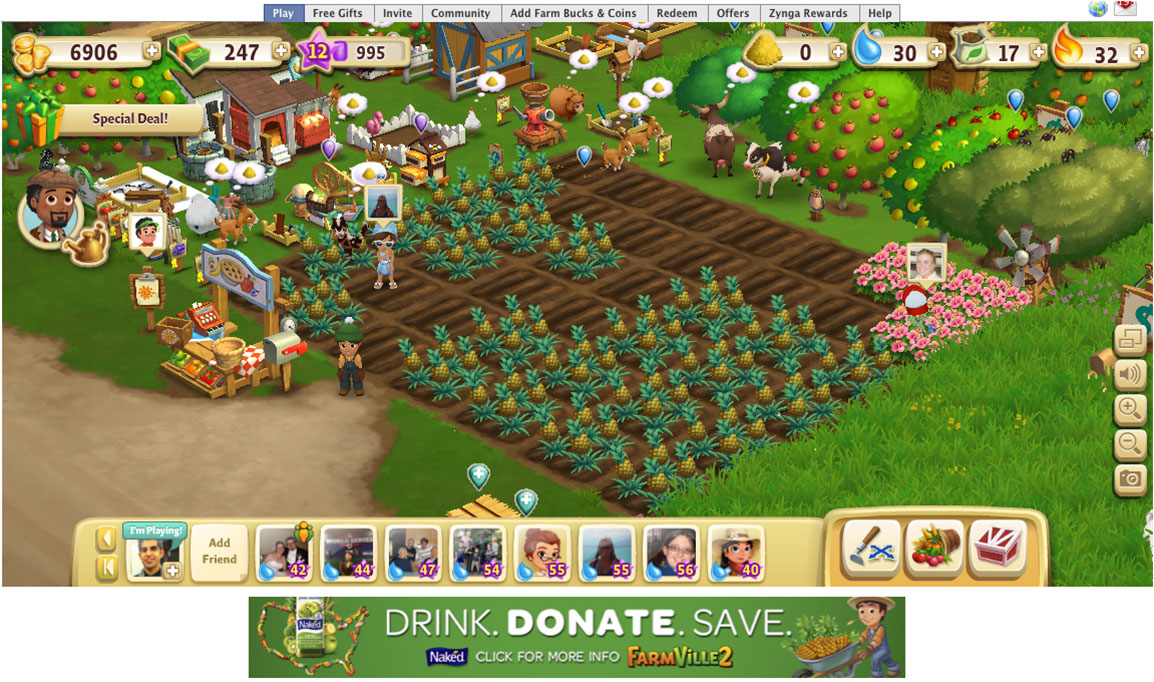