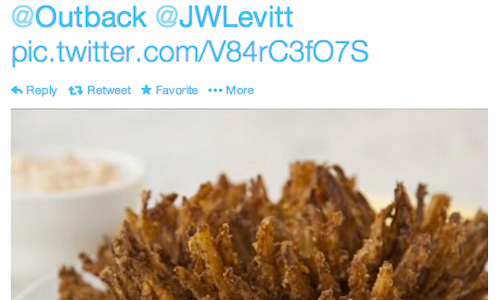 When a fan engaged three of her favorite brands on Twitter, she started a friendly rivalry with a playful idea: make an Outback Bloomin’ Onion using Chex Mix and serve it on JetBlue. We took the joke and ran with it, quickly cooking up but three new Bloomin' Onion-inspired recipes which were quickly photographed and tweeted back. We took a fun fan idea and made it come true with more than just a tweet or a Photo Shopped picture. Chex Mix has a loyal, vocal fan base that has a lot to say, and we’re always quick to join a fun conversation instead of trying to start our own. This real-time, quick response engaged brands in a unique way that highlighted the fun versatility of Chex Mix as a product and a company. The engagement epitomizes the personalized interaction of the Chex Mix voice that helped Chex Mix rank among the top 10% of social media users by Klout and helped grow the Twitter profile by 500% in just a year. 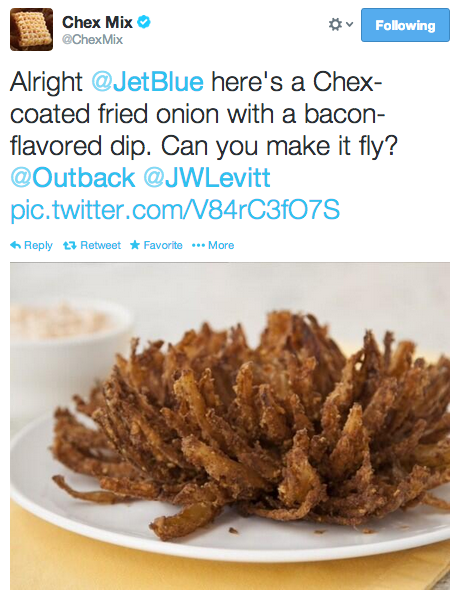