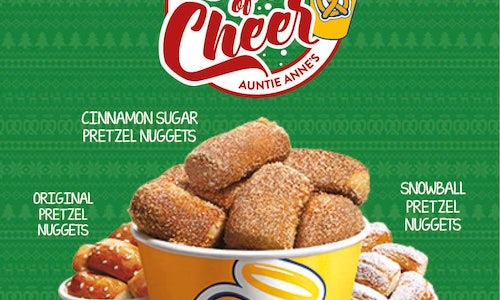 For the 2013 holiday season, Auntie Anne's highlighted their mini products; original pretzel nuggets, cinnamon sugar pretzel nuggets and mini pretzel dogs. The freshly-baked nuggets are all served in a cup and are the perfect-pick-me-up snack, so to reflect that, the in-store promotional campaign was called Have a Cup of Cheer. The goal was to bring this cheerful campaign into the social space with a fun holiday campaign. The Auntie Anne’s 12 Days of Cheer Facebook cup game set out to gain social followers, increase engagement on a page with minimal engagement and stand out in a crowded social space. Most of all, during the busiest time of year we wanted to provide a much-needed pause; In line with what our product does amidst the holiday chaos. Our interactive game far surpassed its goals with 65,000 total entries, 1,324.6% increase in engaged users and 30,927 new Facebook fans. Our cheerful visuals announced each daily prize to keep the social following intrigued. Taking advantage of Facebook ads, engaging with the owned social community and leveraging the earned fans through a dedicated email and text message enhanced the exposure and catapulted the sharing of this campaign. And bringing new fans into contact with the loyalty program led to more in-store visits! All in all it was a cheerful time of year for Auntie Anne’s! The 12 Days of Cheer cup game on Facebook far exceeded its goal for total contest entries by 55,000, increased engaged users by 1,324.6% and gained 25,927 more fans than we anticipated. Overall, we took a large and typically un-engaged following for Auntie Anne’s and engaged them during the 12-day contest period. With 159,801 visits to the game and the average user spending over two minutes within the tab, we built relationships with new and old followers alike. This interactive game garnered over 7,000 email leads for the brand and the contest was shared 137,372 times. It was a happy holiday for all! 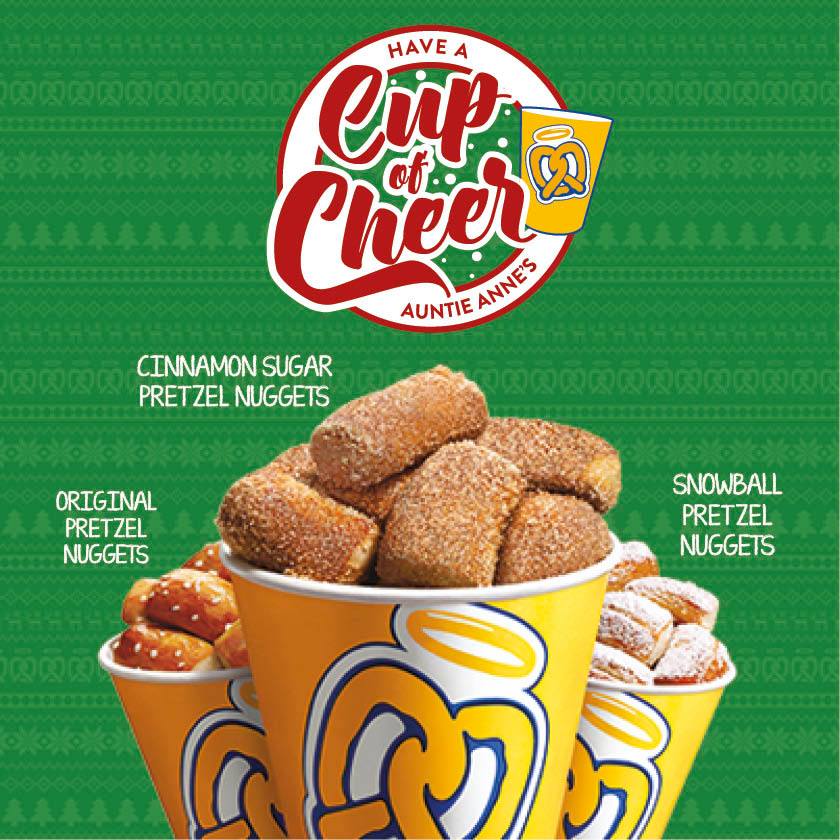