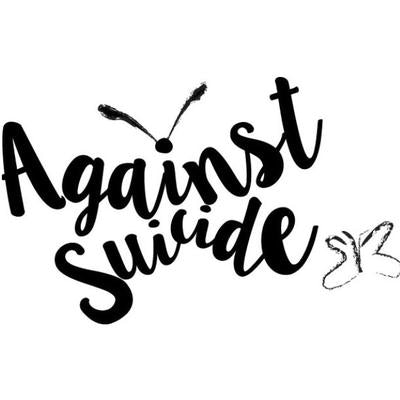 On March 17th 2011, Carrie Shade lost a childhood friend to suicide. On May 18th 2011, she decided to do something about it. The AgainstSuicide campaign began as just a little thing to tweet simple inspirational quotes, but it grew into something so much more than that. The campaign has been able to reach countries all across the globe and has been able to not only inspire people, but teach them how serious things like this are. In over 2 1/2 years, over 190,000 people have been reached. The tweets have transformed from just cheesy and cute inspirational quotes to inspirational and relatable messages that will leave you thinking for awhile. There has also been a few videos made for the campaign. After 2 years of running, the campaign introduced a merchandise store, which is still in progress, but has still intrigued quite a few people. ProjectLG was also introduced by the AgainstSuicide campaign, a simple project to help people inspire and help others. The Against Suicide campaign is proving to the world that suicide, self harm, eating disorders, and mental illnesses are serious things. The campaign is reaching people all around the world and is able to change people's thoughts on the stigma that involves these problems. In July of 2013, the campaign opened a small online merchandise store. With only a handful of simple t-shirt designs uploaded so far, the store has been viewed over 20,000 times and dozens of orders have been placed. In August of 2013, ProjectLG was introduced, which stands for Project LifeGuard. This project was created so that everyone can have someone to talk to when they need someone. It's an easy, yet effected way to encourage people to help others because it's so easy to get involved. Everyone will have a lifeguard. The rules are simple: just post #ProjectLG in your bio or wherever you can on social media. Hundreds of people have joined so far.

Against Suicide's best work on social