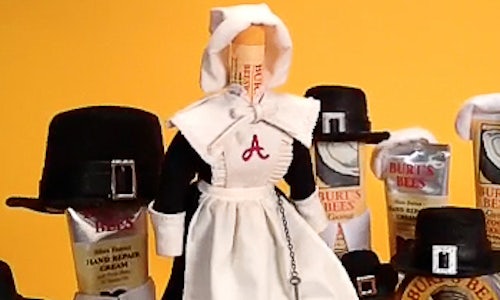 #6SecondClassics: Timeless Tales with a Twist

Before natural personal care products became so en vogue, Burt’s Bees had already pioneered a line of mainstay natural products with a couple decades of history and unrivaled fan affinity behind them. But in a market defined by the latest and greatest, Burt’s Bees needed a new, interesting way to celebrate these timeless products – items like Beeswax Lip Balm, Coconut Foot Crème, Lemon Butter Cuticle Cream and five others. While Burt’s Bees could have showcased the impressive functional benefits and extensive history of these products in a deservedly long-form communication format, they boldly decided to do the exact opposite. Confident in its Classic products and courageous in their communications approach, Burt’s Bees turned to one of the web’s fastest growing social networks to see whether these timeless products could stack up. In collaboration with award-winning director Jethro Ames, Burt’s Bees produced a series of short films on Vine that put both the Classics products themselves and the personality of the brand front and center. The six-second stop motion film series was Burt’s Bees first exploration of the Vine platform but proved to be a major source of content that quickly circulated around the web. And, true to Burt’s Bees form, it became yet another testament to the brand’s long history as a true pioneer. The feature that makes Vine so compelling just so happens to be the same thing that makes it so challenging: a six-second time cap means that brands have to make their stories memorable in only a miniscule amount of messaging time. That’s why when Burt’s Bees wanted to promote their beloved Classics line of natural personal care products – many of which had been introduced in the early stages of the company’s thirty year history – it seemed entirely unrealistic to capture nearly three decades of product heritage in just a 6-second communication medium. Challenge accepted. In order to demonstrate the timeless quality of these Burt’s Bees Classics products, the team turned to another ageless medium to help deliver its story, the literary classic. The result was a series of 6-second novellas featuring the Burt’s Bees Classics products as the stars from renowned classic novels such as Moby Dick, Gulliver’s Travels, Twenty Thousand Leagues Under the Sea and Little Women, among others. Burt’s Bees released two additional Vines, The Legend of Sleepy Hollow and Dr. Jekyll & Mr. Hyde, leading up to Halloween. The series included a total of nine 6-second classics which quickly gained recognition from national media outlets such as CNN, Adweek, AdAge and Fast Company. But more importantly, it gained Burt’s Bees an entirely new online audience generating over 2,000 likes, 580 revines, and close to 1,000 new followers for the brand. Not bad for a natural personal care brand’s first foray into a short-form entertainment platform. It just goes to show that good things can withstand the test of time and find new life in even the newest, trendiest of places. 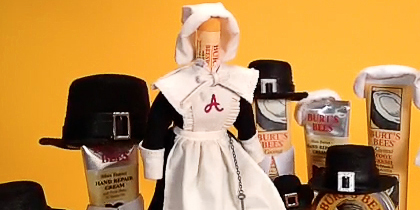