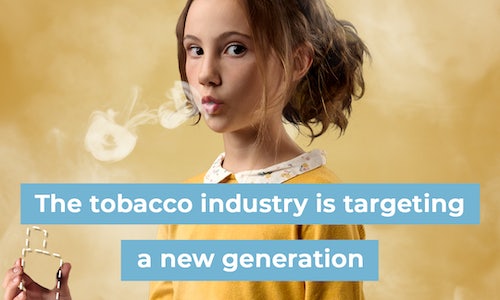 Tobacco companies are targeting kids – a digital campaign that fought back.

Tobacco kills more than 8 million people each year which means tobacco companies lose 8 million customers each year. Any product that loses such a huge customer base every year needs to do some pretty aggressive marketing. Tobacco products are no different. During World War 2 the tobacco industry donated cigarettes to be included in soldiers’ rations, ensnaring a whole generation of male smokers. This time, the new set of customers they’re targeting are kids.

That is why, for the time ever, WHO’s World No Tobacco Day campaign was directed at young people. Tobacco companies are targeting young people with products that are appealing to children and adolescents, such as cherry and bubble-gum flavours, and modern, attractive designs, particularly for e-cigarettes. Their advertising may be more subtle now than it was 50 years ago, but it’s just as dangerous. WHO commissioned Rooftop to run a digital global campaign exposing the tobacco industry and their systematic, aggressive and manipulative marketing tactics.

The campaign objectives were:

To reach Generation Z, we needed a different approach. With provocative images, influencer marketing and a viral TikTok dance, Rooftop and WHO’s #TobaccoExposed was a campaign like never before – designed to engage and empower young people in the fight against Big Tobacco. To achieve this we built the following strategy:

Social Media Posts: We used a variety of platforms to reach our younger audience, with multilingual digital content on Twitter, Facebook and Instagram through social media posts. We created a quiz on Instagram stories to help audiences learn about the tobacco industry tactics. 13 posts on #TobaccoExposed were shared on WHO corporate channels.

Influencer marketing. We involved 12 influencers to create multilingual content across all regions. From Ukranian singer Michelle Andrade to former Indian cricketer Yuvraj Singh, our influencers were able to engage young people across interests, language and geographical area. Together, they created 65 posts with the #TobaccoExposed hashtag across Facebook, Twitter, Instagram and TikTok. Our influencers had a potential reach of 32.2 million people across all six WHO regions.

Tik Tok Dance Video: We worked with Vietnamese dancer Quang Dang who created a song and dance to send a message to youth to say no to tobacco.

Diverse platforms. Working with WHO we engaged Tinder as a partner with tailored, the mobile dating site synonymous with Millennials and Generation Z.

The campaign was a multi-lingual, multi-platform, innovative collaboration with one clear message: now is the time to Speak Out against the tobacco industry. We believe it delivered, and our audience did too: in the weeks following the campaign, sentiment towards the campaign hashtag, #TobaccoExposed, was 98.5% positive.

From the 18 May - 5 June 2020, the campaign impressions linked to #TobaccoExposed was 3.2 Billion people.

Video content: 10 videos were published on WHO accounts with the hashtag #TobaccoExposed, getting 121 million views and 870,000 engagements. This included the campaign video produced for the day in English, Arabic and Russian, and the viral #TobaccoExposed dance video.

Video for World No Tobacco Day 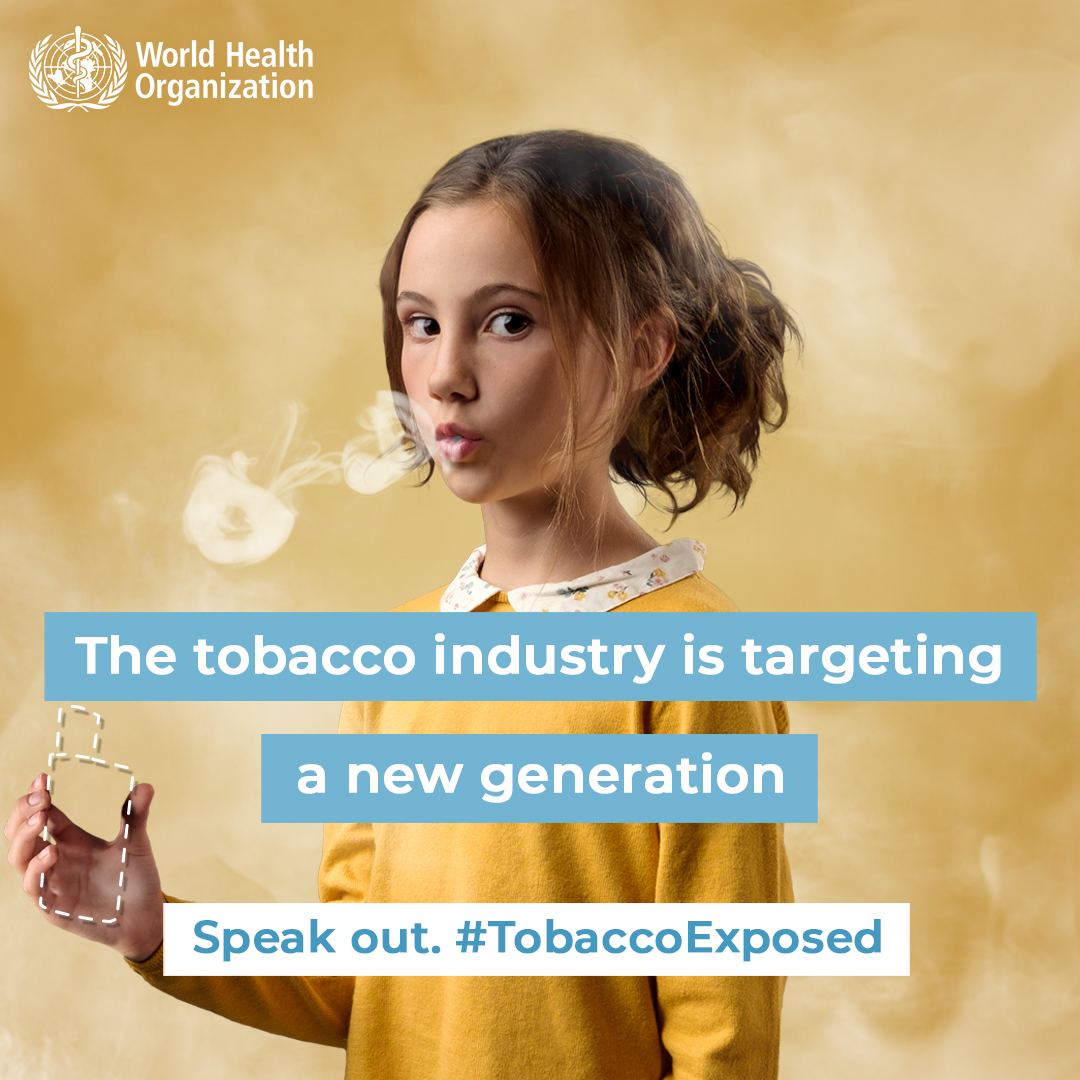 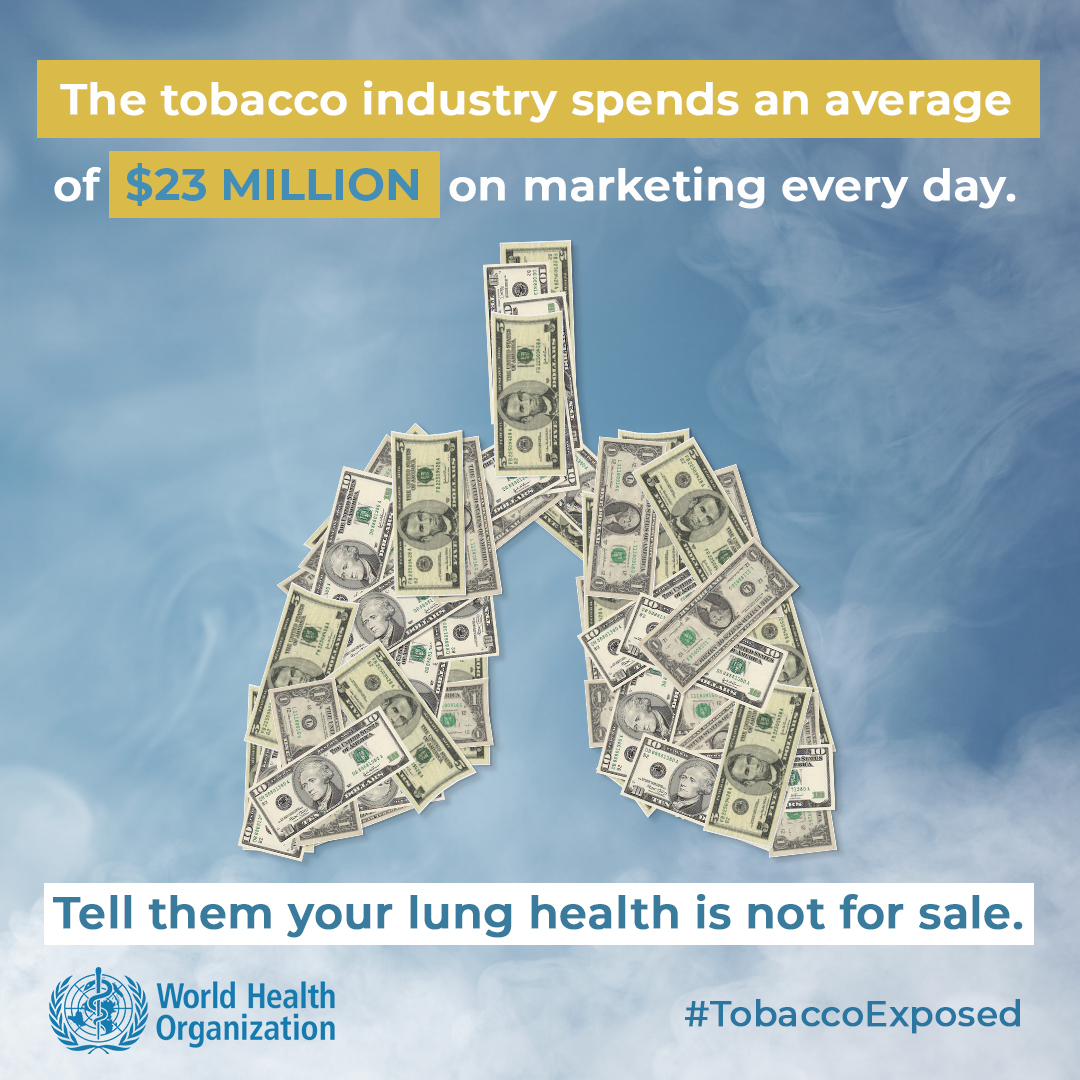 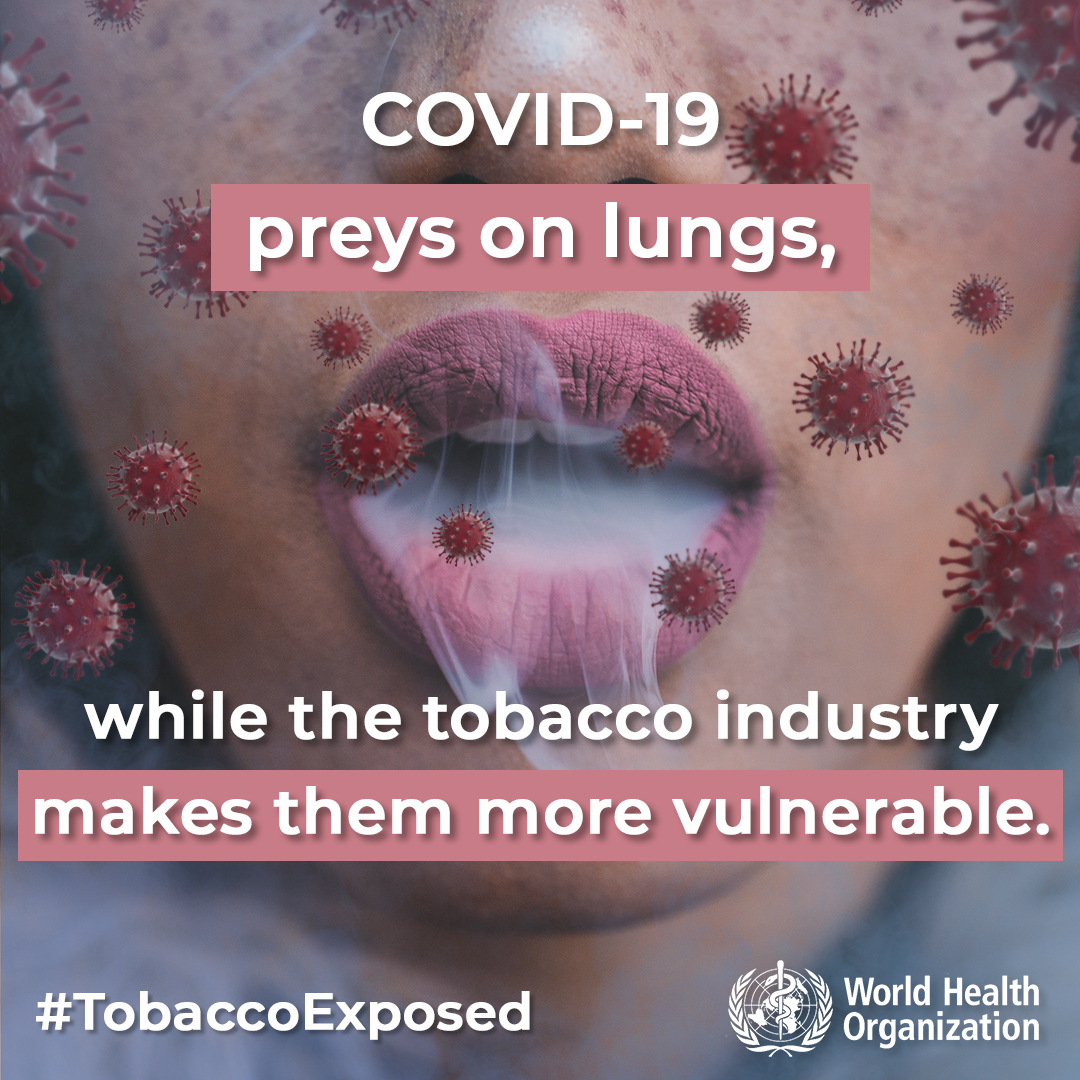 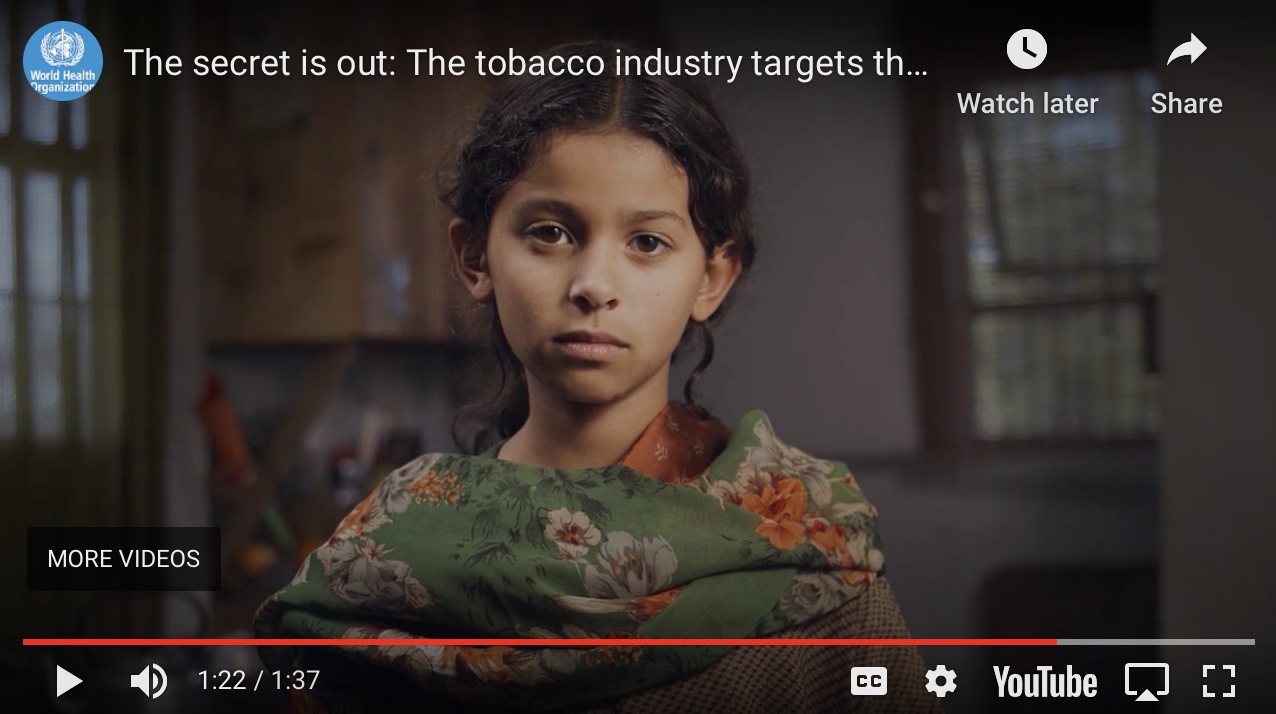 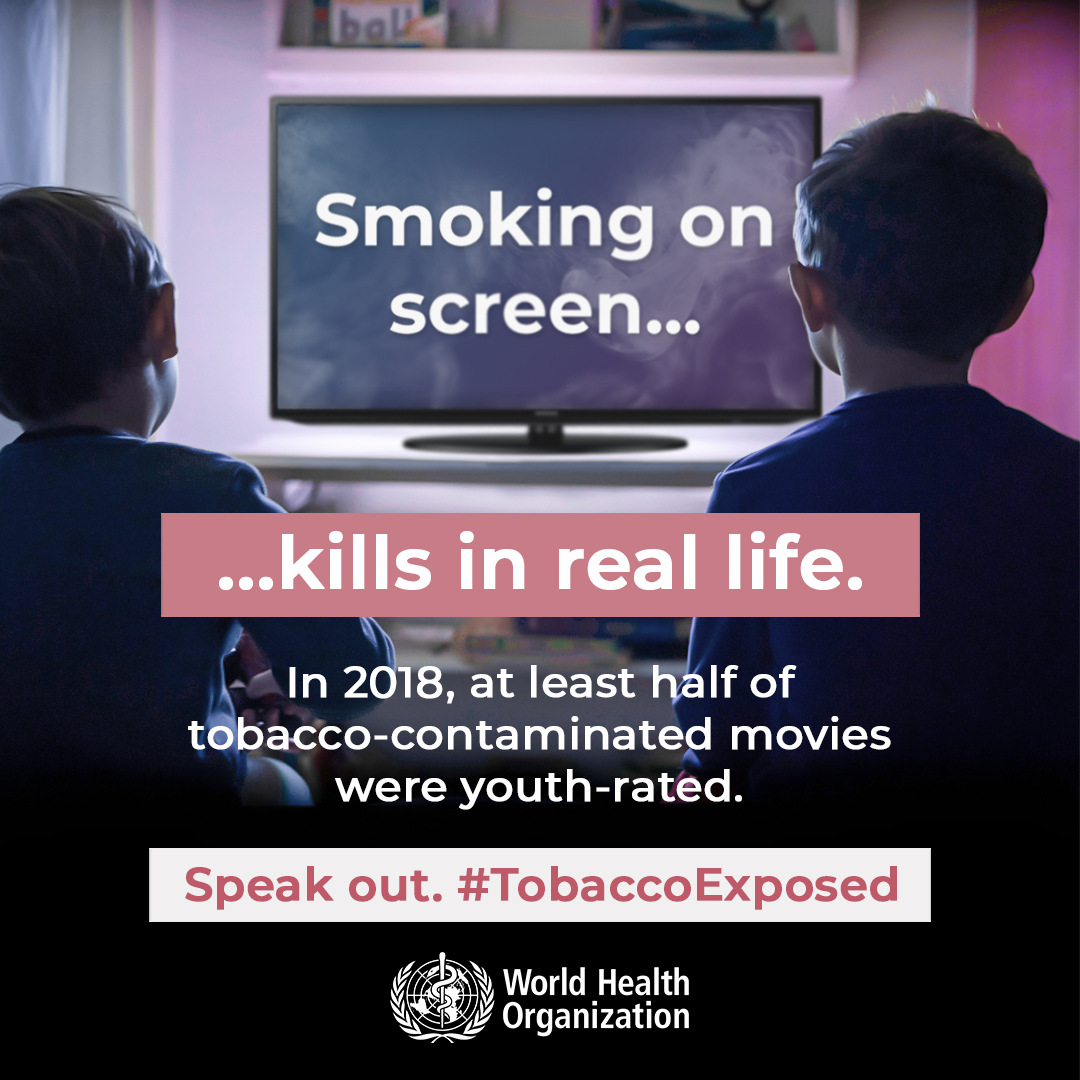 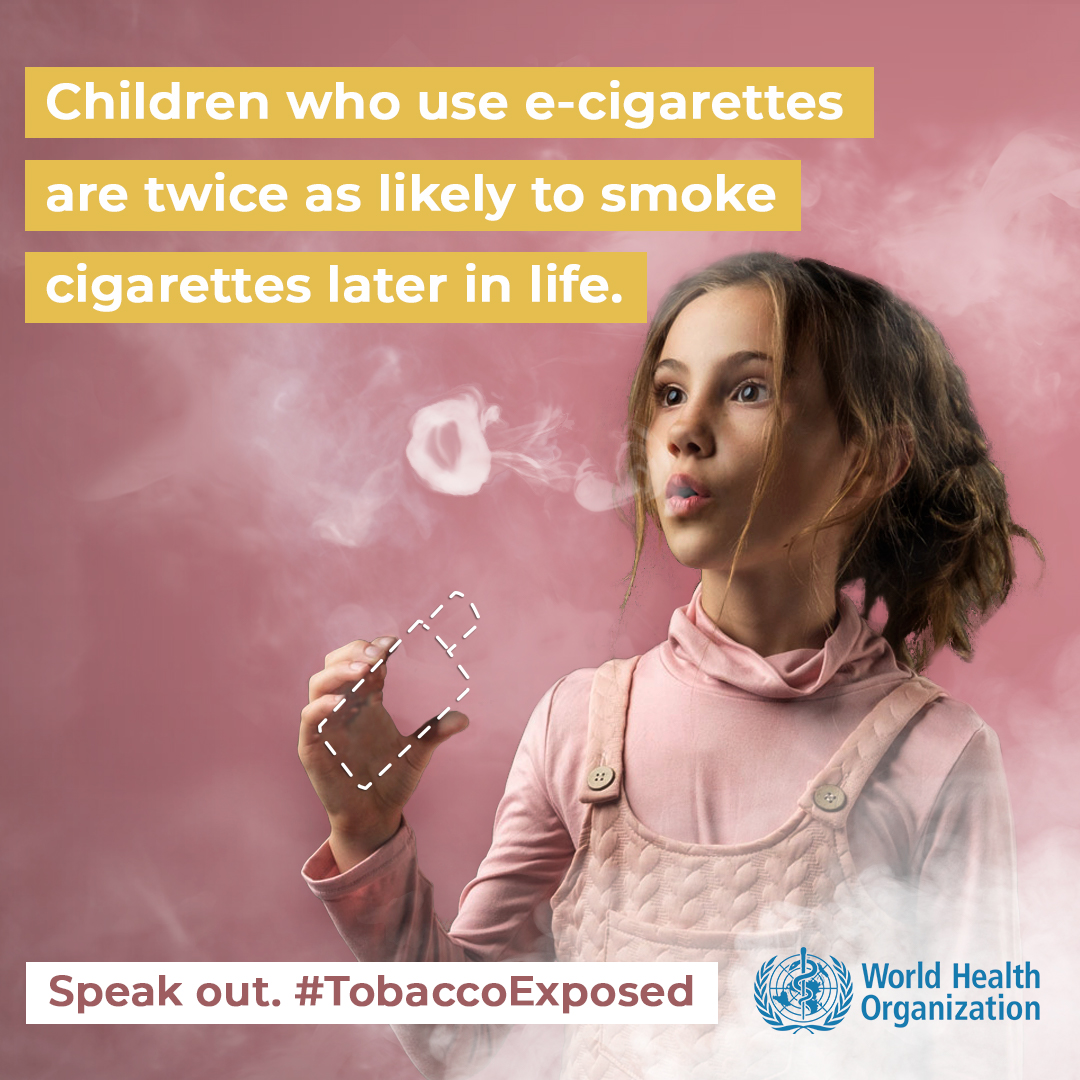 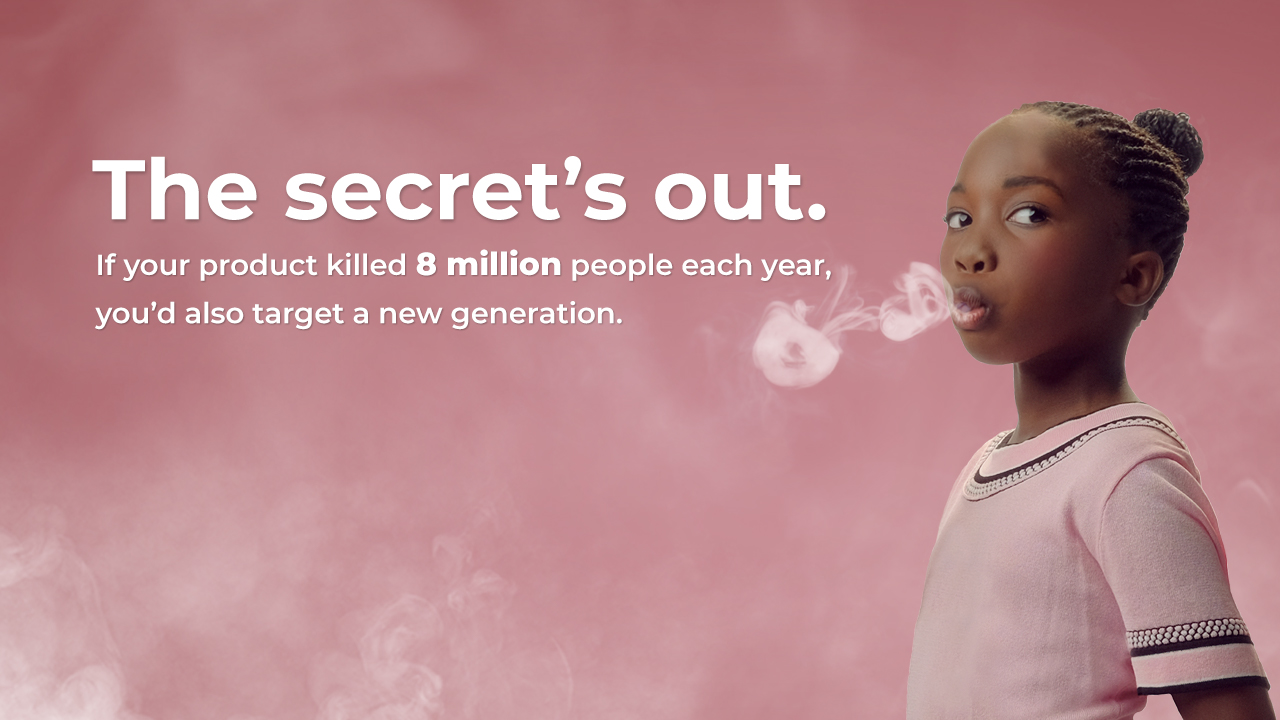 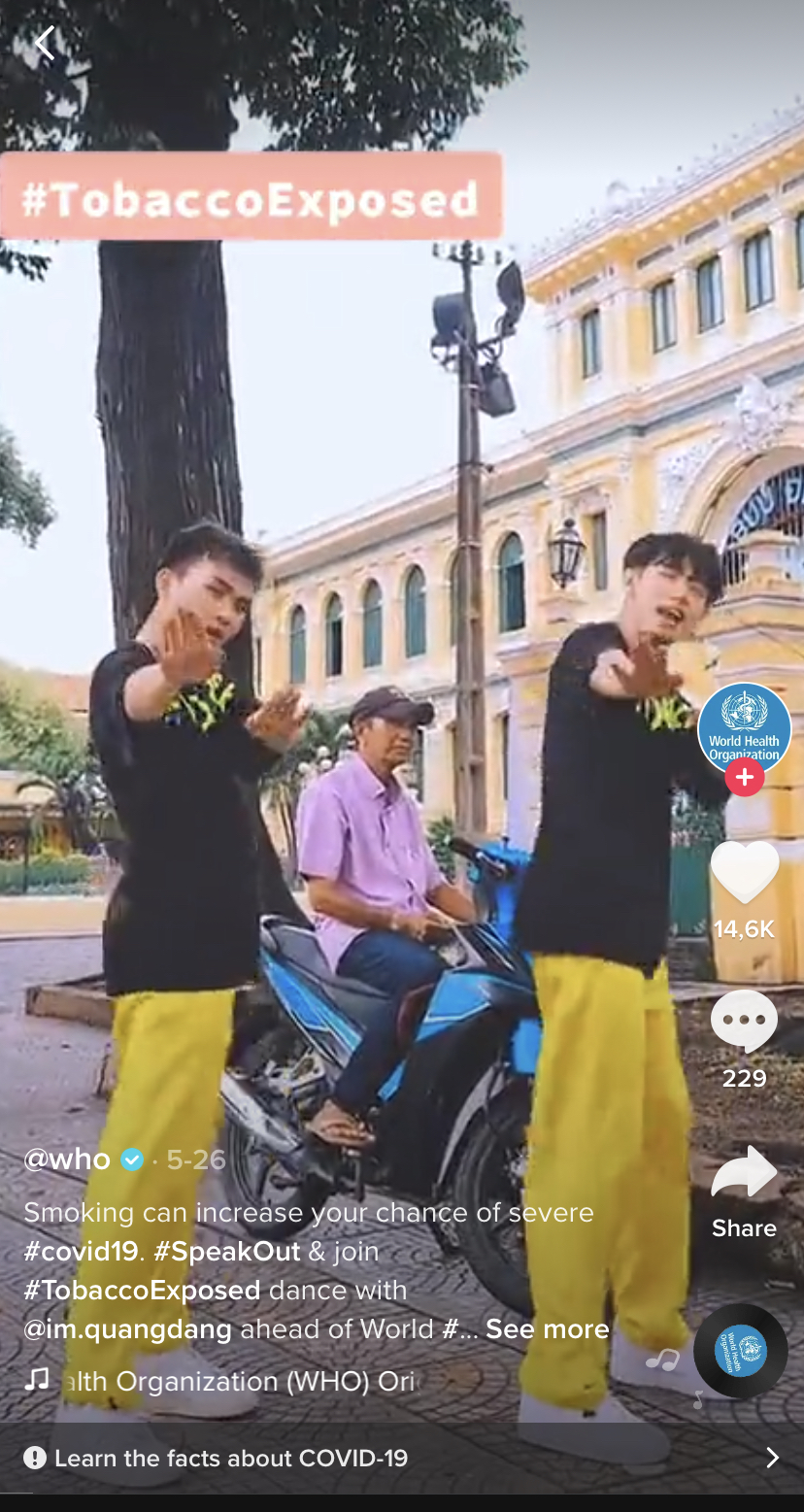