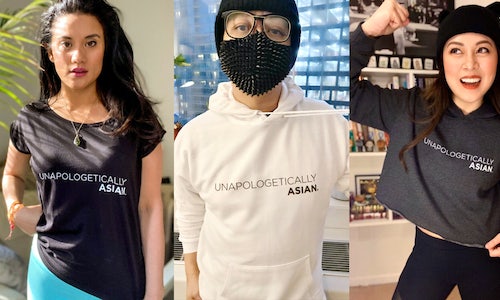 The COVID-19 pandemic ignited a widespread wave of xenophobia targeting the Asian American and Pacific Islander (AAPI) community. Racism, violence, and hate swept across the country victimizing AAPIs and mobilizing them like never before. In direct response to this discrimination, Tremendous Communications and The Broadway Diversity Project partnered with organizations and community leaders to launch #UnapologeticallyAsian — a campaign and call to action dedicated to uplifting Asian American voices, promoting racial equality, and empowering the new emerging AAPI identity.

The Asian American community was met with mixed reactions. Anger, confusion, despair — not only for themselves but for their families and friends. The objective of #UnapologeticallyAsian was to remind them of their strength as individuals and the power that their diverse cultures brings to them. We weren’t a campaign directed at combating hate, but a movement to inspire and empower Asians and Asian Americans to claim their voice, take up space, and stand in their power. We were the rally cry that helped remind AAPI leaders everywhere to be unapologetic in their convictions.

#UnapologeticallyAsian was a precise and timely campaign which reached millions of Asians and Asian Americans worldwide.

#UnapologeticallyAsian launched in May 2020 in time for Asian American and Pacific Islander Heritage Month as a user generated video campaign. We urged social media users to upload a 1 minute video telling their followers (and the world) what makes them proud to be Asian and what makes them unapologetic. Whether it was the food they grew up loving or musical talent, the family that raised them, the friends that supported them… or their ability to dance like nobody’s watching — we sought to spread empowering messages across all social media platforms.

On Day 1, we activated our network of popular AAPI celebrities, influencer, and leaders to create an immediate impact across Facebook, Instagram, Twitter, and TikTok. These people were influential in their own right across tv and film, fashion, politics, and more. Each celebrity shared their experiences about being Asian, memories of growing up, and calling out why they themselves are #UnapologeticallyAsian. The campaign spread across social media users quickly and #UnapologeticallyAsian videos were uploaded throughout AAPI Heritage Month.

In addition to the videos, #UnapologeticallyAsian needed a visual battle cry. A uniform to showcase their pride in their culture and a symbol that allowed them to feel empowered. So to support our video campaign, we launched the official #UnapologeticallyAsian T-Shirt which not only served to empower, but also benefitted the Coalition for Asian American Children + Families (CACF) in New York City. CACF advocates for equity and opportunity for marginalized Asian Pacific American (APA) children and families — and we felt they were the epitome of #UnapologeticallyAsian, inspiring the leaders of the next generation. The campaign ultimately raised thousands of dollars for the cause.

#UnapologeticallyAsian didn’t stop at just videos, but needed to actively engage the community as well. Throughout the month, we encouraged identity and action based digital Zoom panels which targeted diverse AAPI audiences. The most impactful was “The Unapologetically Asian Broadway Kiki” which aimed to address the needs of our performing arts community. We partnered with popular Broadway stars and local community organizations to participate in the event, which also benefitted new AAPI-led startups that aimed to provide jobs to unemployed stage actors in NYC.

As overall awareness of the #UnapologeticallyAsian campaign grew, we knew we had to expand our footprint and become thought leaders in the  immediate xenophobia facing the Asian American community. Our team participated in advocacy panels, conferences, and became a go-to source for publications like The New York Times, Reuters, Deadline, and more.

Our impactful video campaign became a strong advocate for Asian Americans across the United States and grew outside of AAPI Heritage Month in May.

The #UnapologeticallyAsian campaign is a community movement — not motivated by promoting a company or a product or single individual. It is still going strong and finding new ways to make change.

From the first day, the #UnapologeticallyAsian campaign made significant impacts across social media. Right from the start, we had a potential audience of millions by partnering with major celebrities in the Asian American community. Messages and comments of support came pouring in, encouraging others to share their own stories. The AAPI community needed an advocate and people were glad there was a movement that stood up for them in the uncertainty of COVID. In May alone, the campaign had over 7 million in ORGANIC reach across Facebook, Twitter, and Instagram, and over 10 million to date.

In addition to a successful social media campaign, #UnapologeticallyAsian raised thousands of dollars for organizations such as the Coalition for Asian American Children + Families, FilAm Arts, The Marsha P. Johnson Institute, and Solutions Not Punishment. 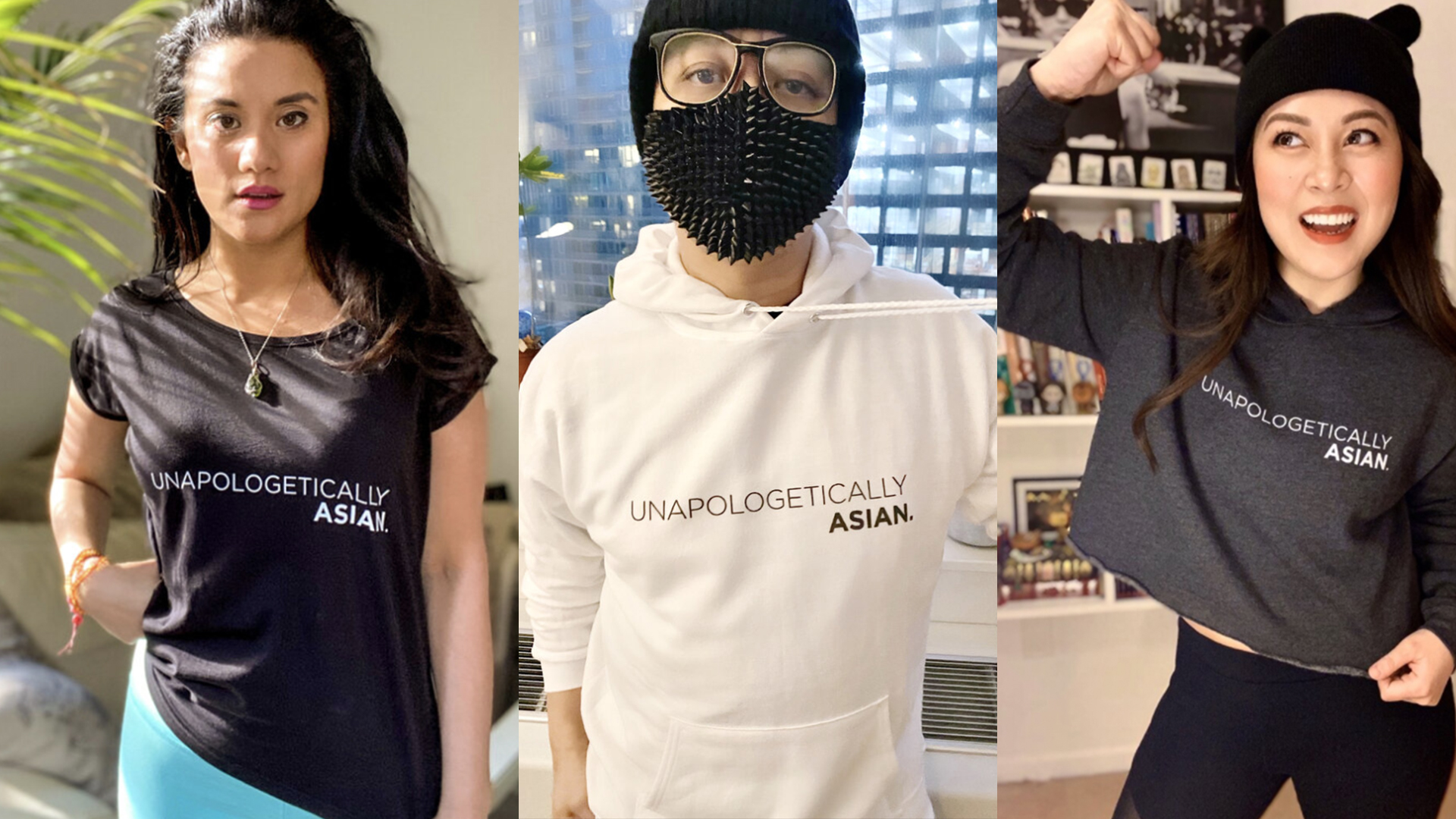 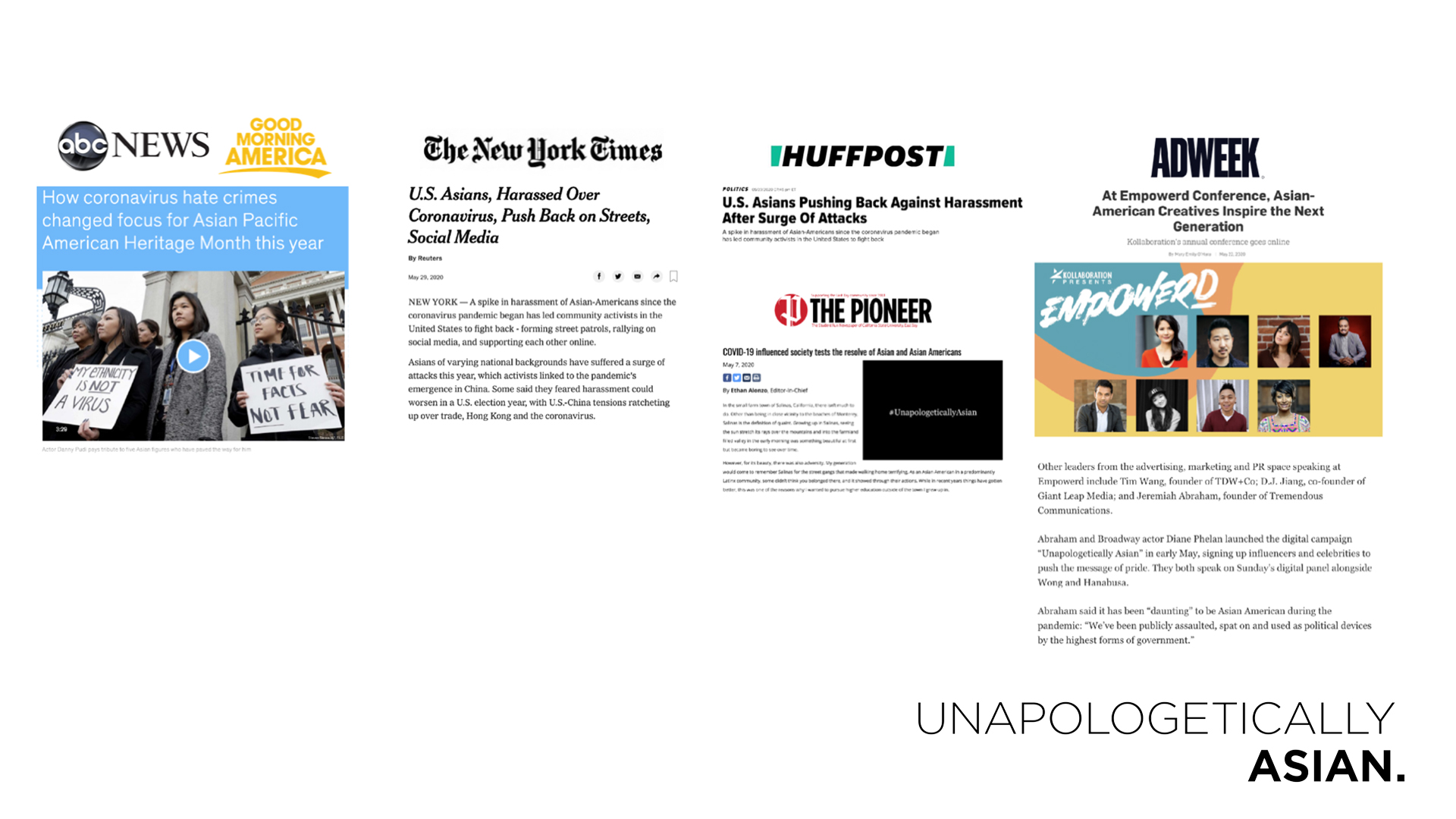 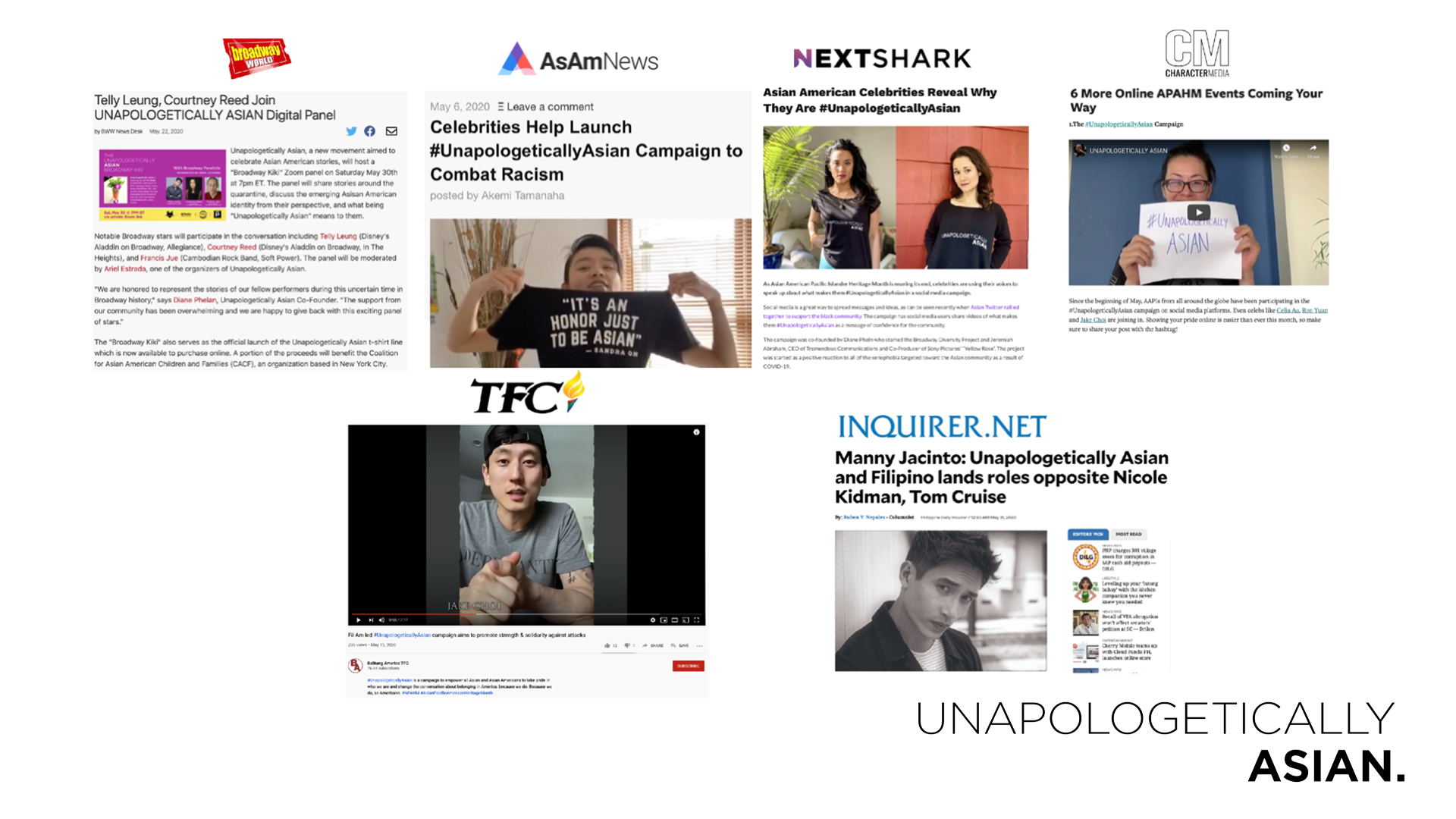 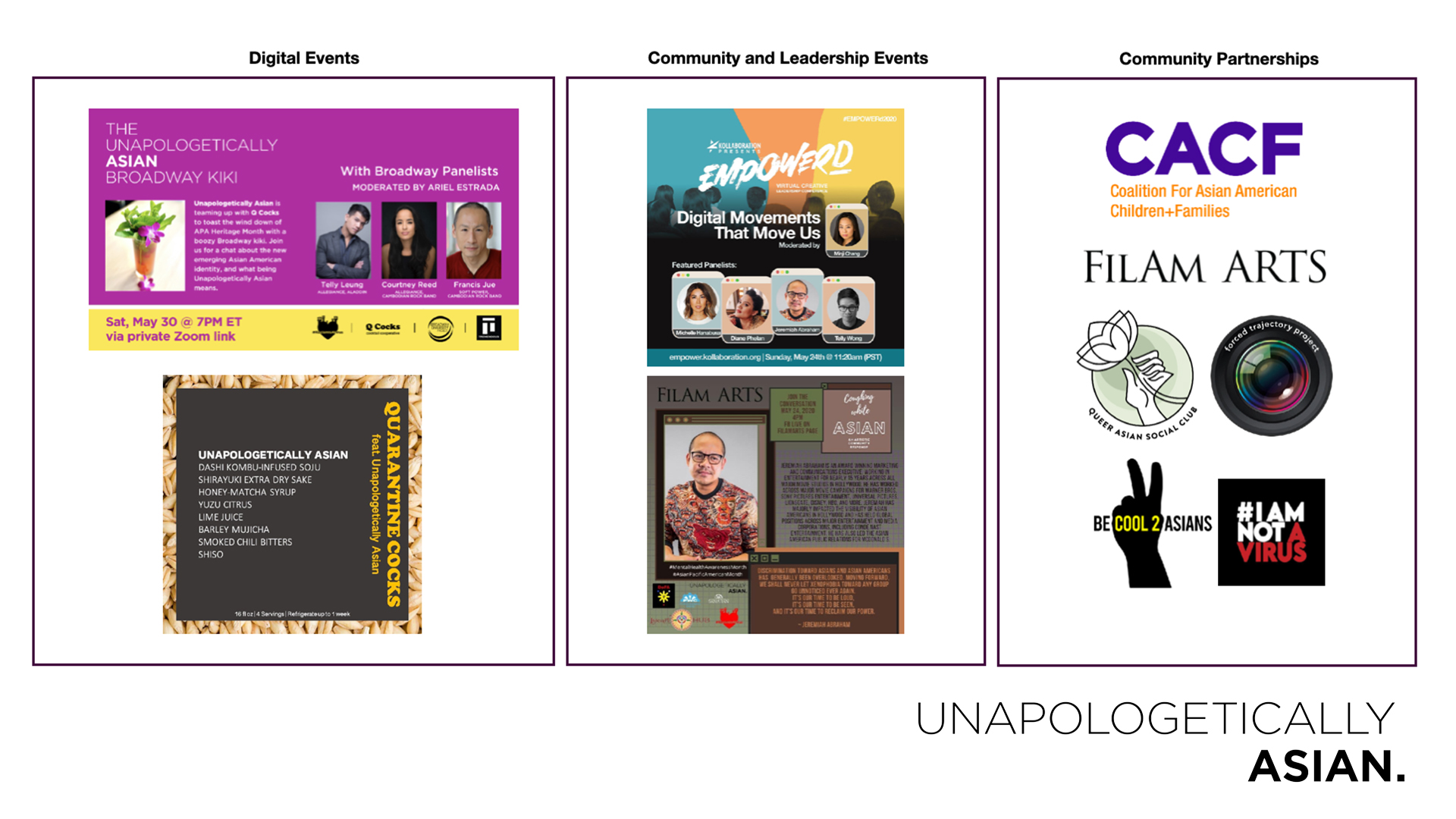 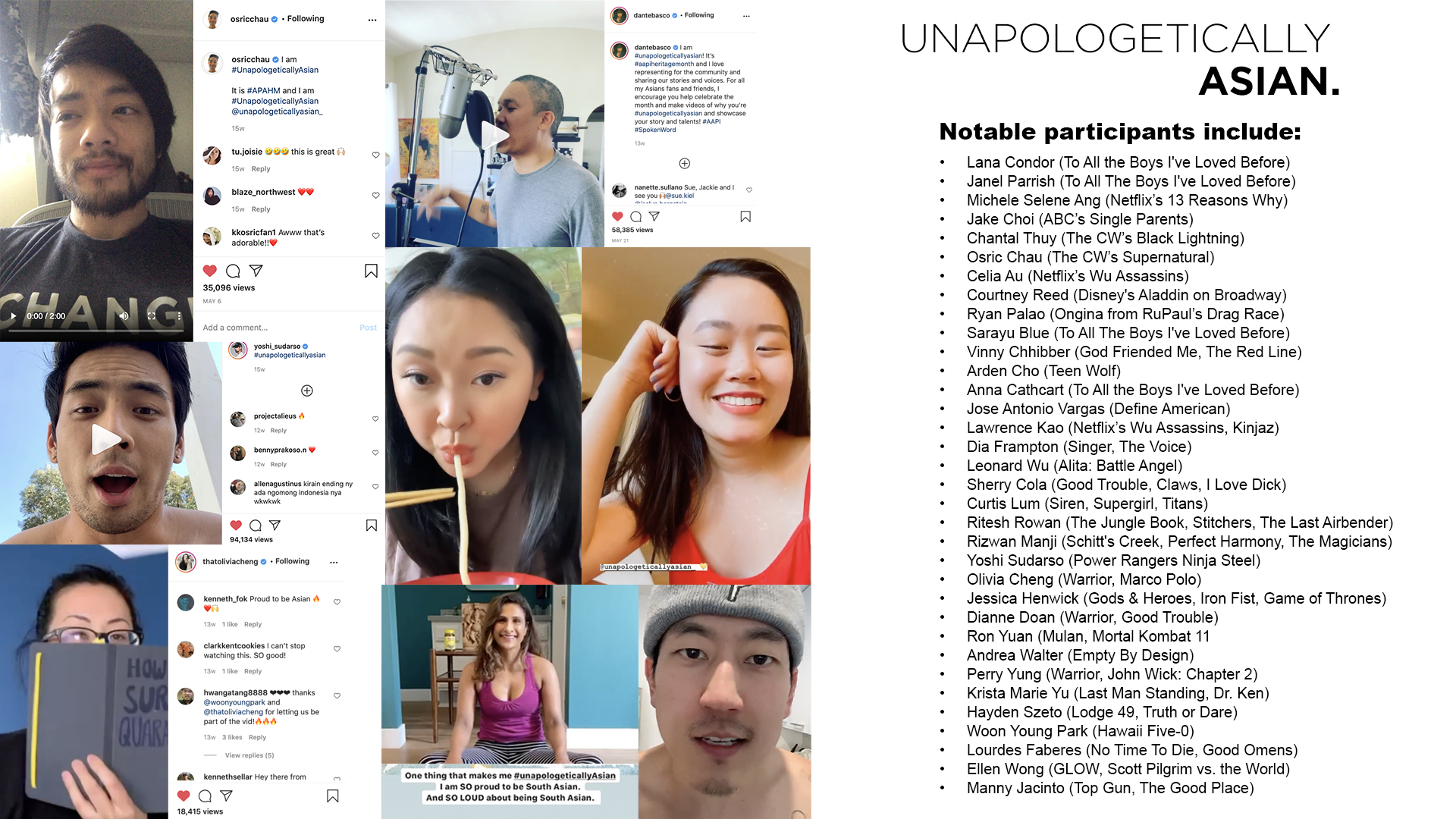 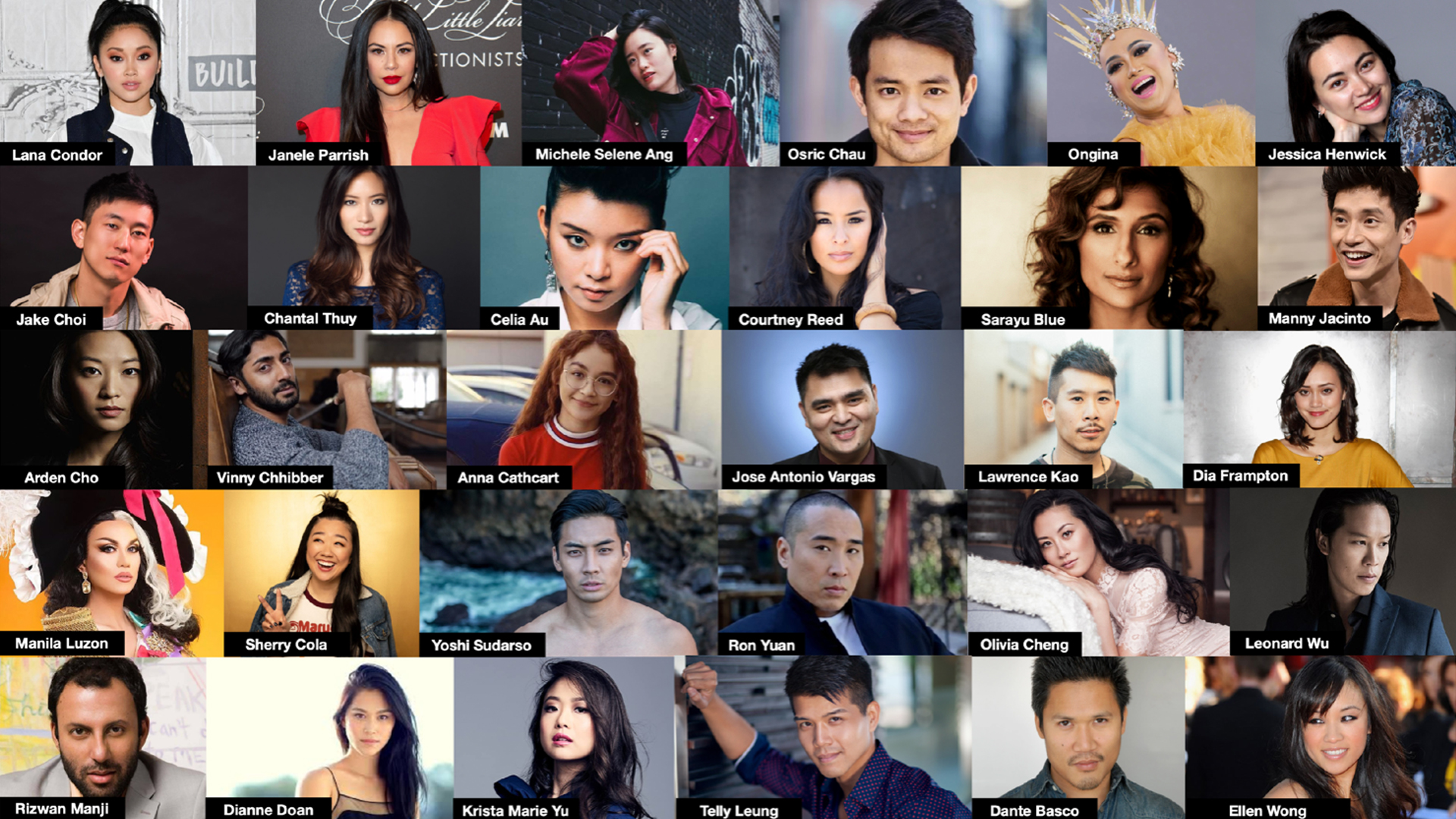 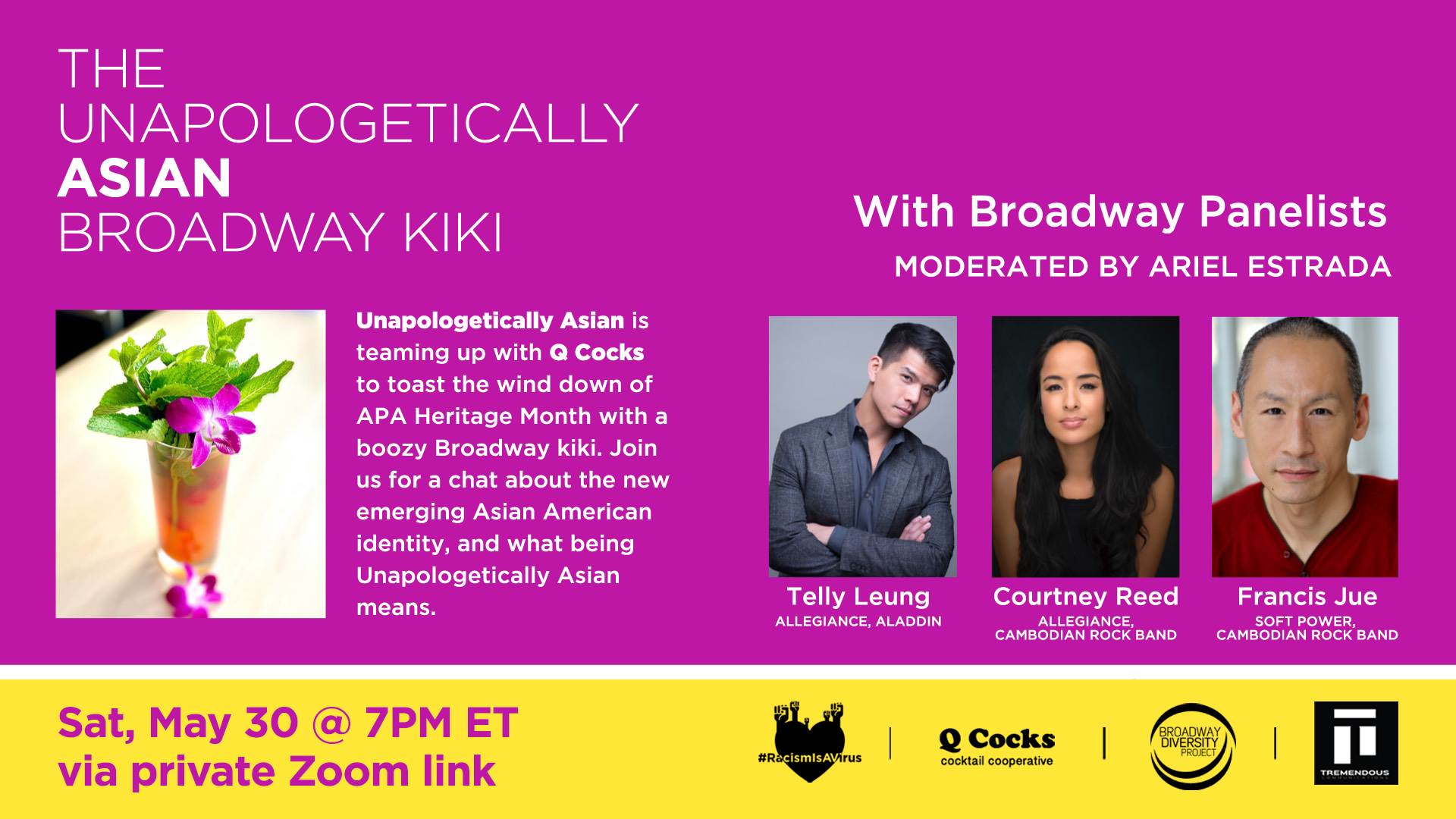