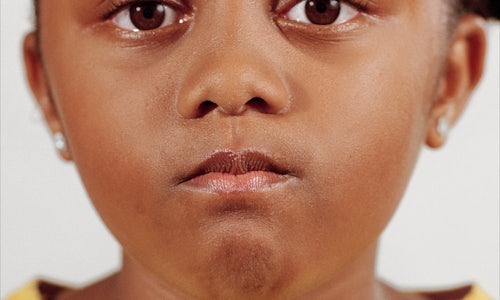 In 2019, Citi released their raw pay gap data —the first financial institution to do so. We’ve all heard about the gender pay gap, but it’s about more than equal pay. It’s also about female representation in senior leadership. When Citi published their pay gap numbers, they discovered this was the area in which they fell short. To fix this problem, Citi has committed to hiring and promoting thousands of women into senior roles by 2021. But,they can’t do it alone.

People are so familiar with the pay gap that they’ve become complacent. So, to reframe the conversation around gender inequality, we created The Moment— a social experiment and portrait series featuring the daughters of Citi employees. Shot by renowned photographer Kelia Anne MacCluskey, these powerful portraits and video captured the moment the girls learned about the pay gap for the first time.

We launched on October 11th, International Day of The Girl Child, with soaring displays at Times Square and full-page print and magazine ads featuring the girls’ portraits. But the centerpiece was our online film, which quickly earned millions of views.

We ignited an online debate with our compelling social campaign, which targeted “change makers” who might have real-world opportunities to make a difference in the pay gap — HR, C-suite, hiring managers, people who work in industries where the gap is particularly pronounced, and those who are interested and engaged in the issue of gender pay equality.

Then, on October 17th, two of the girls from The Moment were invited to appear at TIME 100 Next, an event designed to highlight rising stars and up-and-comers who are shaping the future. The girls, Caitlin Morrow and Kennedy Hines, were on stage at the event and talked about the challenges women face and what makes them optimistic about the future, drawing a standing ovation from the audience and becoming the faces of the movement. TIME 100 attendees could also recreate their own version of The Moment campaign portraits with a live portrait studio at the event.

We set out to shine a spotlight on the issue of pay equity and we saw phenomenal employee pride, press pick-up, and digital engagement with The Moment.

Citi’s message dominated with an hour-long takeover on one of the world’s largest digital billboards. This Times Square outdoor stayed up for a full month and generated 42 million impressions, including hundreds of broadcast stories, web mentions, and print articles ranging from Forbes and American Banker to AdWeek and The Drum. Our campaign received over 16 million video views on social media and generated a total of nearly 200 million earned impressions.

Even so, kids see the world more purely, and remind us that our work isn’t done. The Moment wasn’t just an ad campaign, it was a public commitment by Citi to fix their pay gap and encourage others to do the same.

Video for The Moment 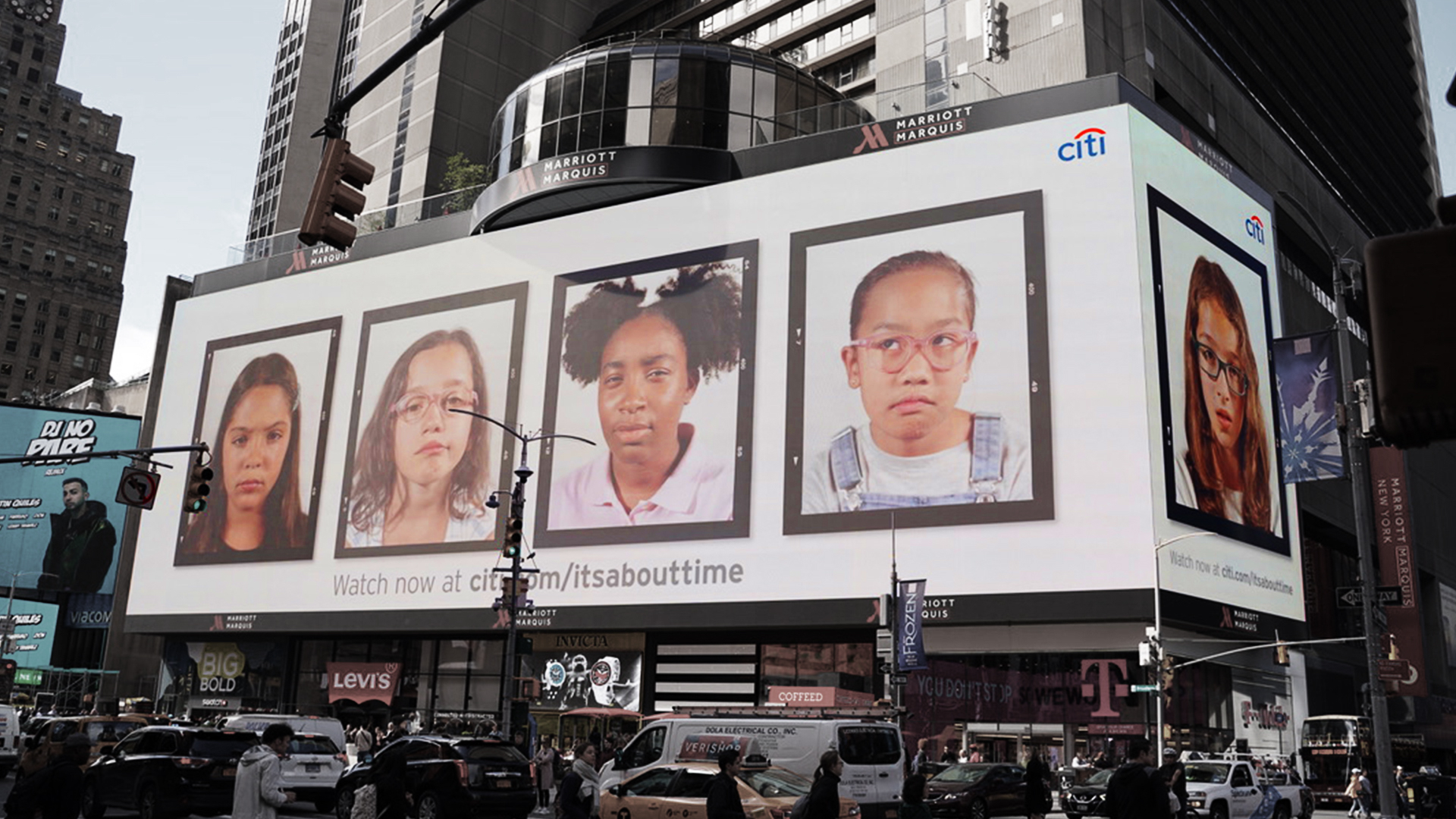 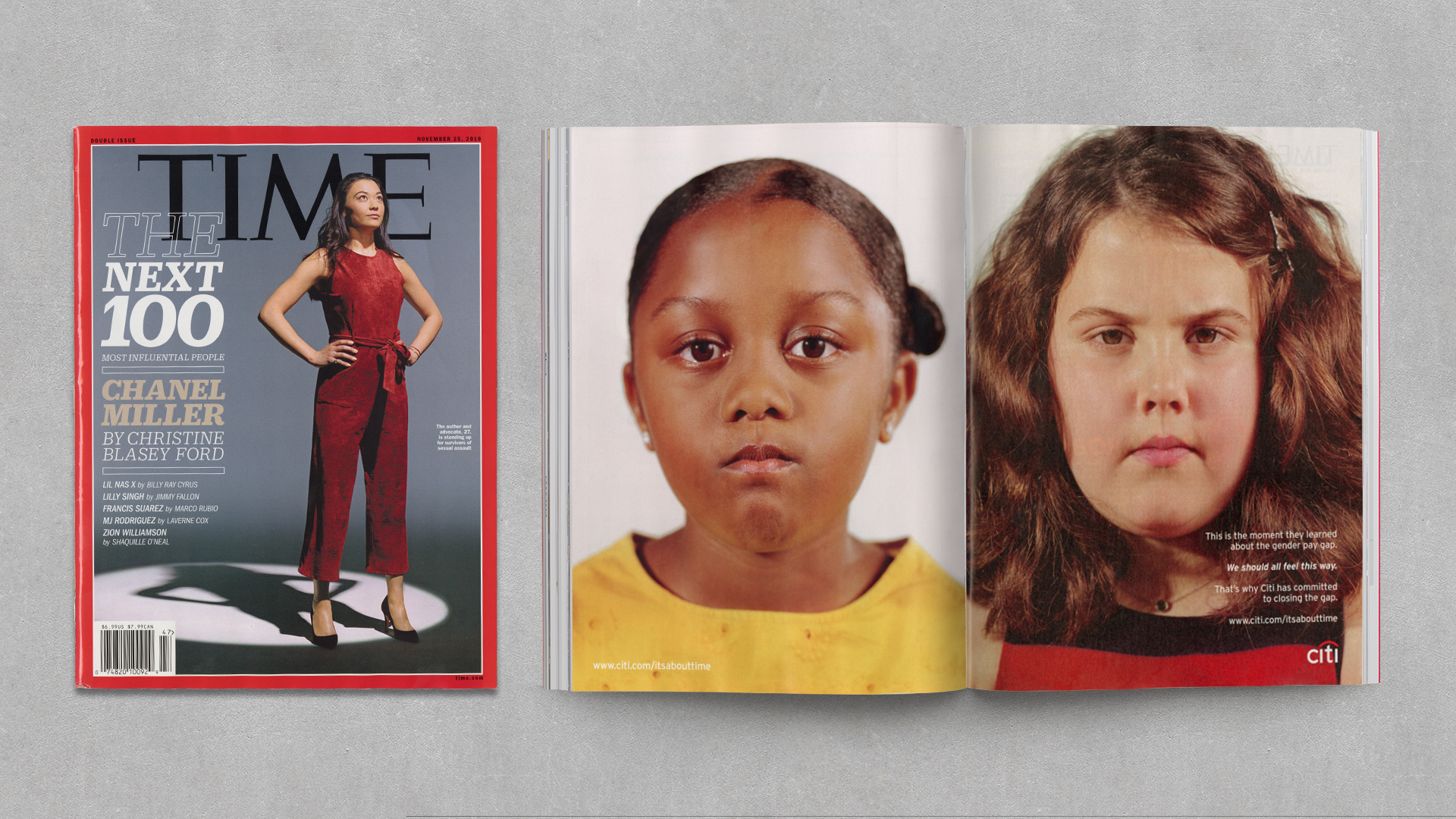 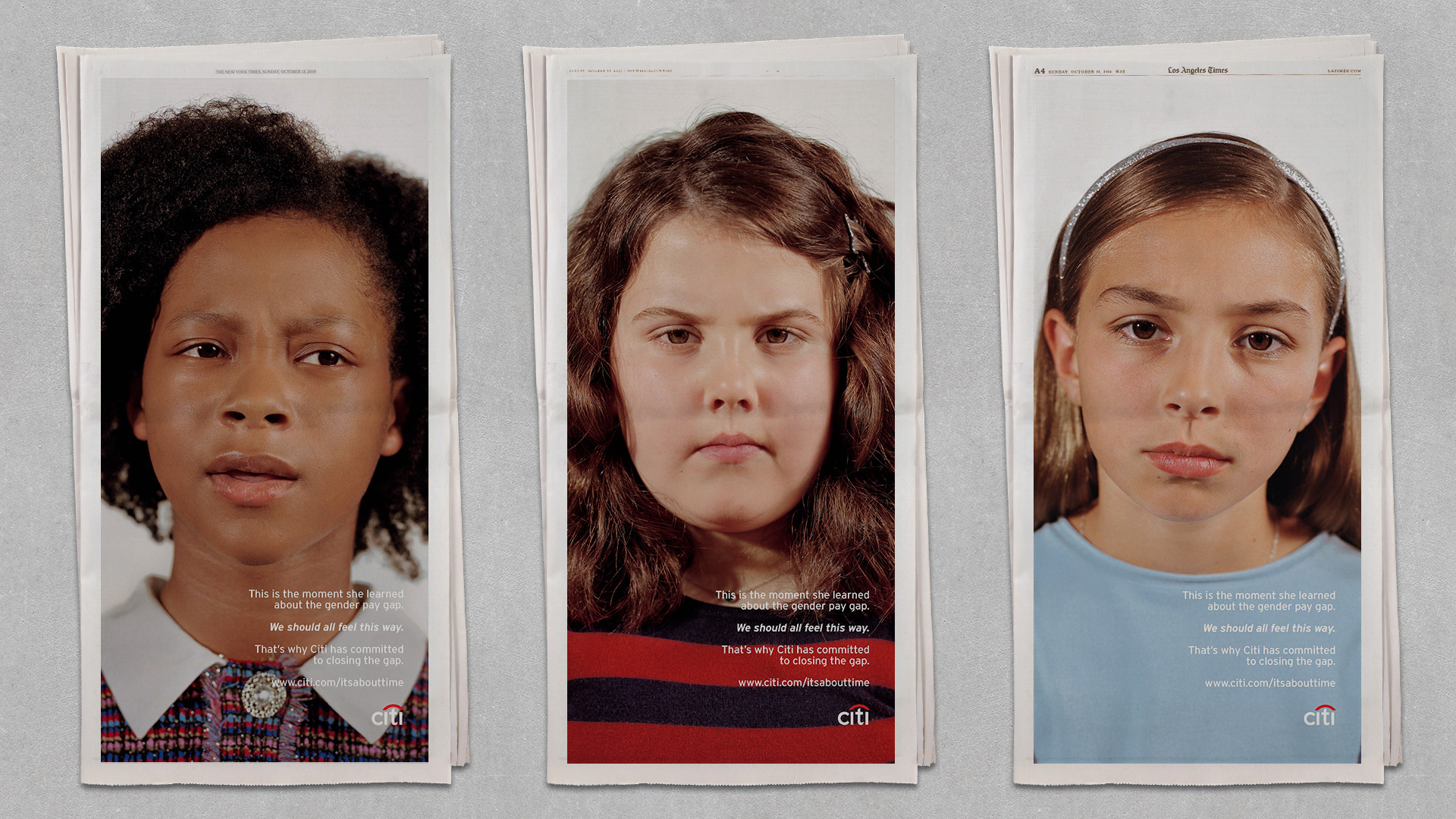