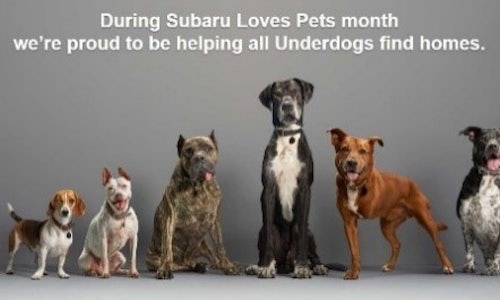 Subaru of America is dedicated to being more than just a car company, and dedicates resources to making the world a better place through the causes that matter to its customer base, which is one of the reasons Subaru has the highest loyalty rate among automakers at 61.5%. In addition to preserving the environment, giving back to local communities and helping those in need, Subaru drivers are passionate about helping pets find loving homes—more than 60% of owners have a dog.

Subaru sought to reaffirm the brand’s commitment to pets through the media and receive credit for creating an ownable moment in time, while also driving pet adoptions and embodying the brand’s mission of being more than a car company. Further, we wanted to create a new way to support pets that makes a splash in a unique way and appeals to the dog-loving target by tapping into the brand’s long-running positioning around “Love” – to show love and respect to all people at every interaction with Subaru.

To create a campaign around the brand’s longtime commitment to pets, we developed a holistic strategy for success. Subaru dedicated the month of October to supporting the well-being and protection of animals across the country – also known as the annual Subaru Loves Pets initiative –  as a result of a long-standing relationship with ASPCA, who identified October as National Adopt a Shelter Dog month. In 2019, Subaru established NMADD within the same month to further showcase its lifelong commitment to pets and understanding of what matters most to Subaru consumers.

Subaru created “National Make a Dog’s Day”, strategically tying the day to a special needs dog-centered creative concept, affectionately named “The Underdogs.” Using real shelter dogs with special needs as the face of the campaign, Subaru celebrated their individual conditions and encouraged retailers and consumers to celebrate them too, driving awareness of the very real gap in adoptions these animals face. The impact of supporting pets was brought to life through creative, social media, PR, in-retailer promotion and advertising.

Consumers identify Subaru as a brand synonymous with pets, as established by the brand’s popular spokespeople dog family – the Barkleys – that frequently star in Subaru ads. Subaru expanded upon this dog-loving brand perception to drive awareness for an issue deeply ingrained in the shelter system, yet rarely addressed – helping dogs with special needs (including blind, deaf, two or three-legged dogs, dogs in wheelchairs, skin conditions, chronic illness, diabetes, allergies, cancer, etc.) get adopted. These dogs are classified as the least likely to get adopted. Approximately 3.3 million dogs enter shelters in the U.S. annually and 35 percent of the animals that enter shelters are euthanized.

Subaru gave a face to this underserved group of pets by creating a multifaceted campaign to drive awareness for special needs dogs and the Subaru brand: 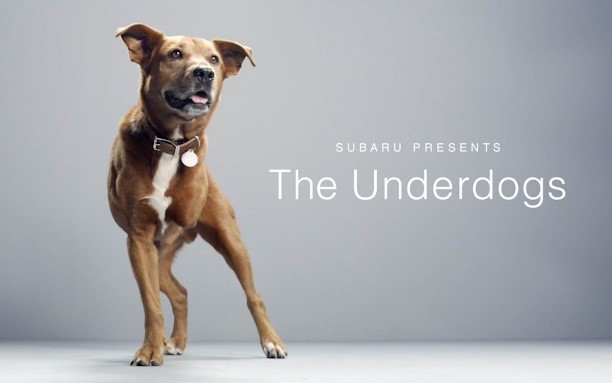