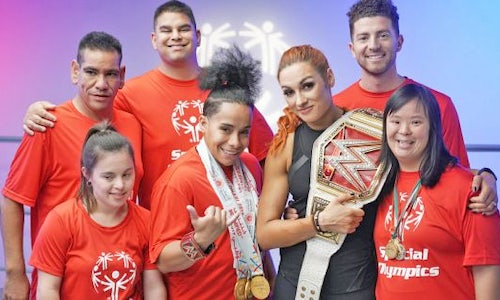 A proud partner of the Special Olympics since 1995, WWE is enhancing its Inclusion pillar’s goal to create a more inclusive and unified generation. WWE is helping to empower athletes of all ages and abilities to make great achievements and be recognized for their talents and accomplishments. Through this partnership, WWE is also helping to celebrate the differences in each of us and educate and expand the reach of Special Olympics, the organization’s powerful message of inclusion and remarkable athletes to a wider audience through WWE’s global platforms.

WWE has continuously supported its Community partners and their efforts during the COVID-19 global pandemic through ongoing, various social media and Talent initiatives. With sports leagues cancelling or postponing competitions and training sessions, it is more important, now more than ever, for all athletes, including those with intellectual disabilities, to keep their bodies fit and strong with a challenging, ongoing routine.

With a commitment to spreading the message of acceptance and inclusion through its global platforms, WWE is proud to partner with Special Olympics to help further ignite this global movement that unleashes the human spirit through the transformative power and joy of sports every day around the world. This inspiring partnership encourages individuals to be the best that they can be while uniting and strengthening communities—a virtue WWE strongly believes in.

The School of Strength campaign features four free workout videos with varying levels of difficulty in flexibility, strength, balance and endurance exercises encouraging athletes to commit to a lifetime of positive fitness habits. The videos are accompanied by downloadable interactive toolkits for coaches and caregivers that feature recipes, a fitness tracker, games and health tips. The School of Strength fitness campaign targets Special Olympics athletes in their teens and late 20s and lives on SpecialOlympics.org.

This fun, engaging workout video series features WWE Superstar and Special Olympics Ambassador, Becky Lynch, in the ring alongside six Special Olympics athletes and trains them in a series of exercises to achieve varying levels of fitness, including Superstar Trainer, Champion Trainer and Master Trainer levels.

To further promote the School of Strength, Becky Lynch spoke exclusively with ESPN and Sports Illustrated to discuss how athletes can stay active through the series and the importance of empowering and supporting others.

To date, the campaign page on www.specialolympics.org has received over 100,000 page views. Also, 90+ media outlets around the world featured the campaign—directly reaching over 250 million people in the launch month alone. The campaign kicked off with a TODAY Show segment (on broadcast and online coverage) and across sports and general news media including hits in Sports Illustrated and ESPN. On social media, the campaign reached 13.6 million people, through 690 tweets coming from 520 contributors.

The interactive toolkits have been downloaded over 4,500 times and translated in multiple languages including Spanish, Chinese, Korean and Russian. Since this campaign was initially conceived to only target Special Olympics Programs in the United States, this has been a tremendous success! 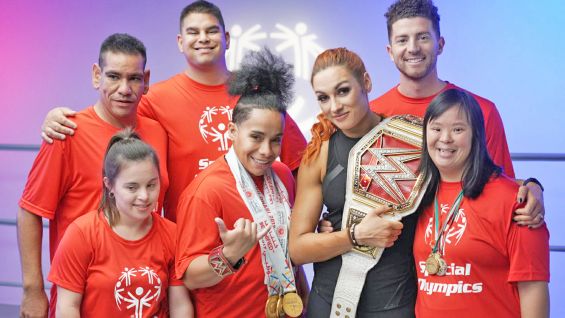