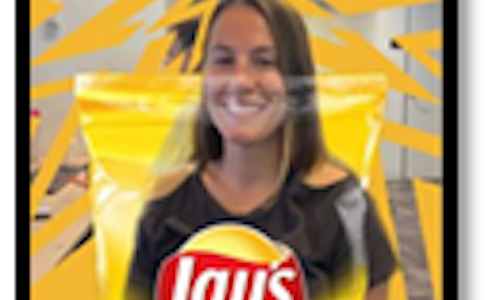 Creating small moments of joy is megabrand Lay’s promise and purpose for tens of millions of fans who trust in the red, white, and yellow label to be a burst of bliss in their day. Joy, as the brand understands, is a platform that resonates as authentic and meaningful to its fans. It’s a compelling notion that Lay’s takes very seriously as a brand leader and social steward – making it their mission for over 75 years.

If there’s anything people can agree upon today, it’s that we can all use more reasons to smile. Just a smile, studies show, can make us feel happier, healthier, and more connected. And Lay’s is on top of that like salt on a chip. With 64% household penetration, the brand knows it is one of the only brands with the unique opportunity to help people hit the happy reset button, and consistently looks to be the bright moment in someone’s day.

In its second year of the campaign, the brand wanted to make “Smile with Lay’s” bigger and better – surpassing the prior year’s benchmarks by finding and featuring smiles on their bags from real people that could embody the same purpose that the brand has championed for years. These efforts would support a life-changing cause through a $1 million donation to international medical charity, Operation Smile.

Having surpassed expectations with last year’s campaign in terms of customer feedback and social engagement, we took the learnings to take Lay’s purpose one step further. Leveraging the existing success of Smiles with Lay’s 1.0, in which fans shared an average of 700 selfies per day with the “Smiles” bags, we realized the tremendous opportunity for the bags to transform into storytellers, all in support of Operation Smile.

Through harnessing technology to engage fans, enlisting the right spokespeople at the local and national level and offering a meaningful give-back component that is core to Lay’s promise in spreading joy, we’d create a chain effect of smiles to indelibly link Lay’s with joy. The goal was that with every smile that we encouraged, another one would follow, and so on – with those seemingly little moments of joy and connection adding up to make a big difference.

31 Spokespeople. To inspire others to smile, who better to speak on Lay’s behalf than someone local doing great things? PR’s role was invaluable: conduct careful research to help the Lay’s team find the 31 “Smilers” to be featured across 60+ new potato chips bags nationwide. We then had those “Smilers” go out in their markets talking to local media and serving as influencers in their own right by posting to social.

Bringing the Smilers to Life through AR: An augmented reality experience powered by the Facebook Camera and triggered by scanning a unique QR code on the back of each Smiles bag took people into the stories of each Smiler complete with animation. Once fans scanned the bag, they connected with NowThis to take them into the video story told by the Smiler on their bag.

Hey Look – It’s Me on the Lay’s Bag! AR technology on the bag gave every person the tools to upload their own photo for a shareable customized image of themselves on a Lay’s bag. Once fans scanned the QR code on a bag, they would be prompted to flip the camera around to take a selfie and share directly to social media. Like on the physical bags, their smile appeared on the bag topped off with the rest of their face to complete the picture.

Mr. Mega-Watt Smile: Derek Hough. To gain national awareness, we partnered with award-winning dancer, actor, singer – and infectious smiler! – Derek Hough. We created original content with Derek that was shared with his 2.6MM Instagram followers and had him surprise fans at a branded “Smiles Station” pop-up in Times Square.

Sustaining the Smiles: Sending customized Smiles bags for Operation Smile celebrity ambassadors like Evan Ross triggered them to organically post on social media. We also tapped a diverse group of nearly 20 micro-influencers who do smile-worthy things in their communities to share their stories across social.

The campaign helped Lay’s achieve one of the highest levels of consumer engagement for a brand program, delivering +8.3% growth vs. prior year during the Lay’s Smiles program window (July 28 – Sept 21, 2019) on the flavors and sizes that had smiles thematic packaging. More than 71,000 fans scanned the bags to learn about the smiles on front and over 4,500 took a selfie with their own digital Smiles bag (an increase of over 500%!), helping to create a chain effect of smiles across the country.

The campaign was also contagious with media, triggering widespread consumer interest in the Lay’s Smiles bags that in turn helped to give a smile to a child in need. The campaign surpassed 917 million impressions with 100% positive in tone and 80% including branded visual through stories that appeared in outlets including Forbes, Access Hollywood, Good Morning Arizona, Foodsided, WHDH-TV (Boston), and Dallas Morning News.

Lay’s continued to spread smiles to those who need them with the $1 million donation to Operation Smile, which helped support free facial surgeries for more than 4,000 children across the world born with facial abnormalities. By giving consumers an active role in the campaign, they, together with Lay’s, were able to make a real-world impact to better the lives of children across the world. 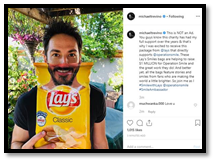 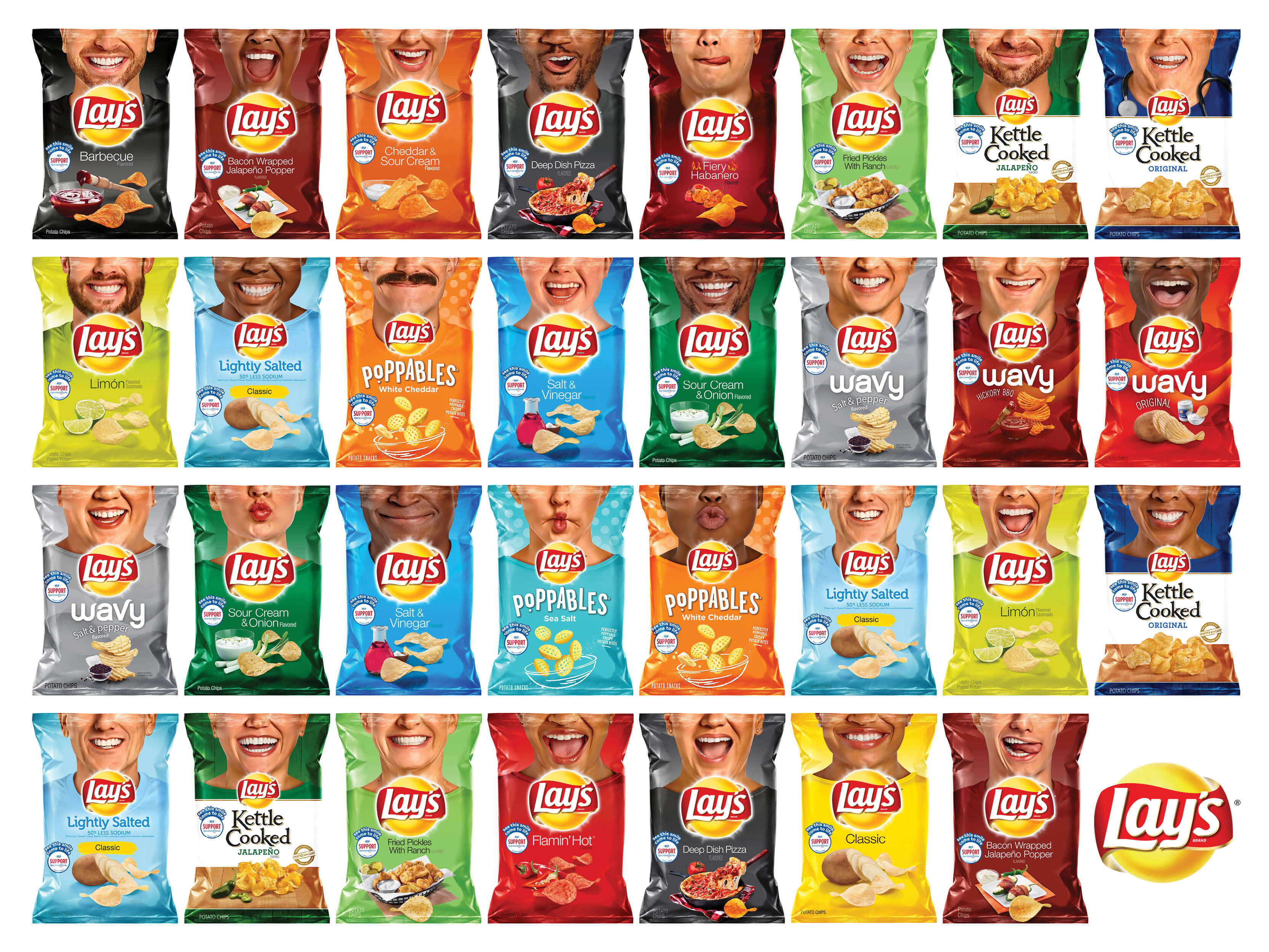