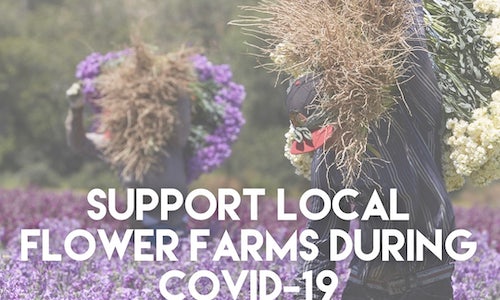 When COVID-19 shut down most of the country mid-March, many industries were thrown into turmoil; but few were hit as hard as the American Flower Industry. Mere days from the beginning of their biggest season of the year (Easter, Graduation, Wedding Season, Mother's Day, etc.), they were shut down in quite literally every way. Even though they were deemed "essential" by the state of California, grocery stores immediately began canceling fresh cut flower orders by the thousands, followed by trucking & freight companies refusing to transport the product. The one time of year that many flower farms depend on for their continued success was immediately shut down.

Our team was tasked with saving the flower farms by educating the public on the industry's dire situation and help the California flower industry, which provides over 80% of the Nation's flowers, survive.

Our strategy was in three parts:

Part 1: Educate, inform, and remind people of the importance behind fresh-cut flowers. While we rely on them for nearly every kind of celebration in our daily lives, from tossing the traditional wedding bouquet to celebrating life at funerals, we also use them in our day-to-day to brighten up living spaces. Flowers have been proven to improve mental health and elevate joy & happiness in a room and fight depression... a key ingredient during these suddenly stress-inducing times of COVID-19.

Part 2: Flowers grown in California feed the communities we live in. Employing 10s of thousands of our friends and neighbors across the state, from the farm owner and admin all the way to the hardworking field-hand cutting stems one-by-one in the field. Our strategy was to showcase the human being behind the flower industry.

Part 3: The final part of our strategy was to take the hundreds of thousands of flowers being thrown into compost & trash bins and convince the farmers under our charge to donate them where they would be needed most. Hospitals, retirement homes & senior centers, all forms of establishments needing a beautiful and friendly reminder they are cared for, began receiving flowers by the thousands. Instead of throwing the excess away, we helped organize road-side free flower pickups ("take a free bunch for yourself, and share one with your neighbor") where delivery trucks full of flowers emptied in less than an hour.

We attacked this particular situation from several different avenues instead of just one singular direction so we could speak to the hearts of consumers from a variety of backgrounds.

Our digital strategy was to use our already robust audience of 30k to broadcast our message (Facebook, Instagram & Twitter). We had a limited budget used for Facebook/Instagram ads.

After our digital campaign was launched, we began receiving a tremendous amount of feedback from press outlets across the state (and the country) interested in learning more about our story. Live on-air interviews were arranged with outlets in Los Angeles (KTLA), Central Coast (KSBY), and others, along with dozens of newspaper & digital media outlet articles.

We lost a few major farms within the first few weeks out of fear and already bleak outlooks. Still, We ultimately spun the California flower industry from some of the worst weekly numbers in their existence to numbers as good or even better than years past. We literally saved the farms.

During our campaign, we also asked customers to press their local grocery stores to start carrying California grown flowers again, a campaign that worked quickly. This campaign's wonderful side-effect has been California & American Grown flowers' growth in our local stores & florists. Import flowers currently own nearly 80% of the entire American flower industry. Our #americangrown and #originmatters campaigns have forced flower buyers to be savvier about where their products come from and talk to their local stores. 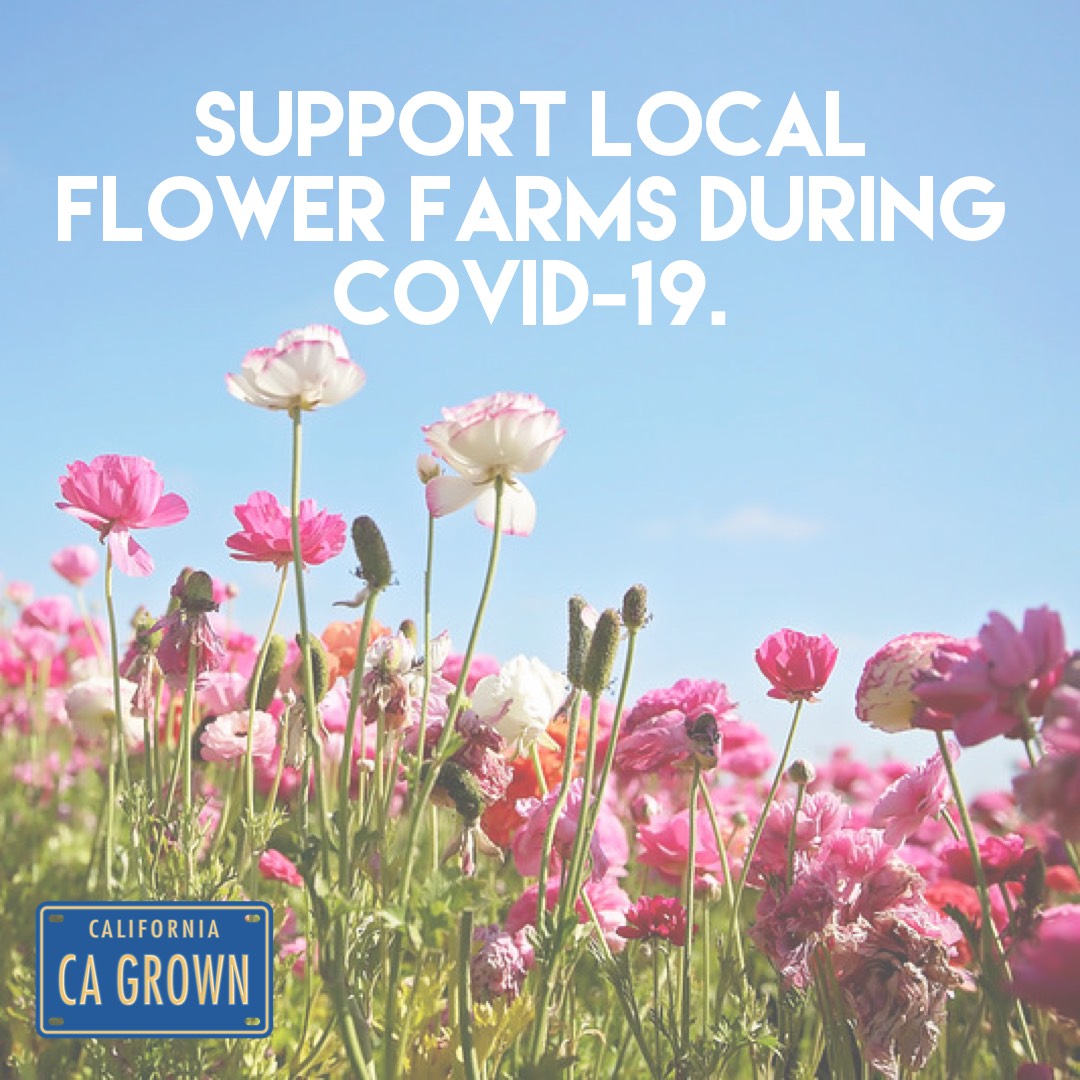 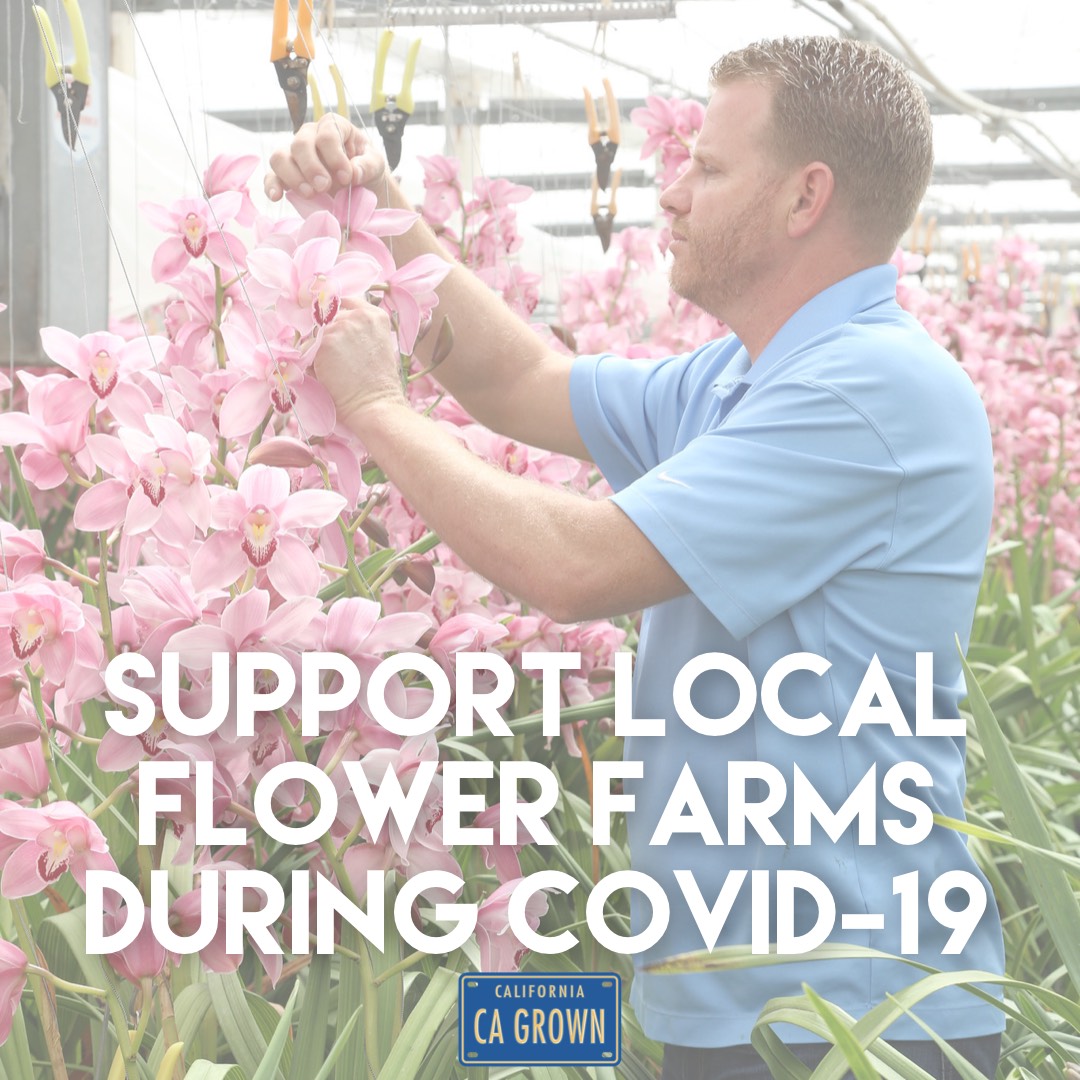 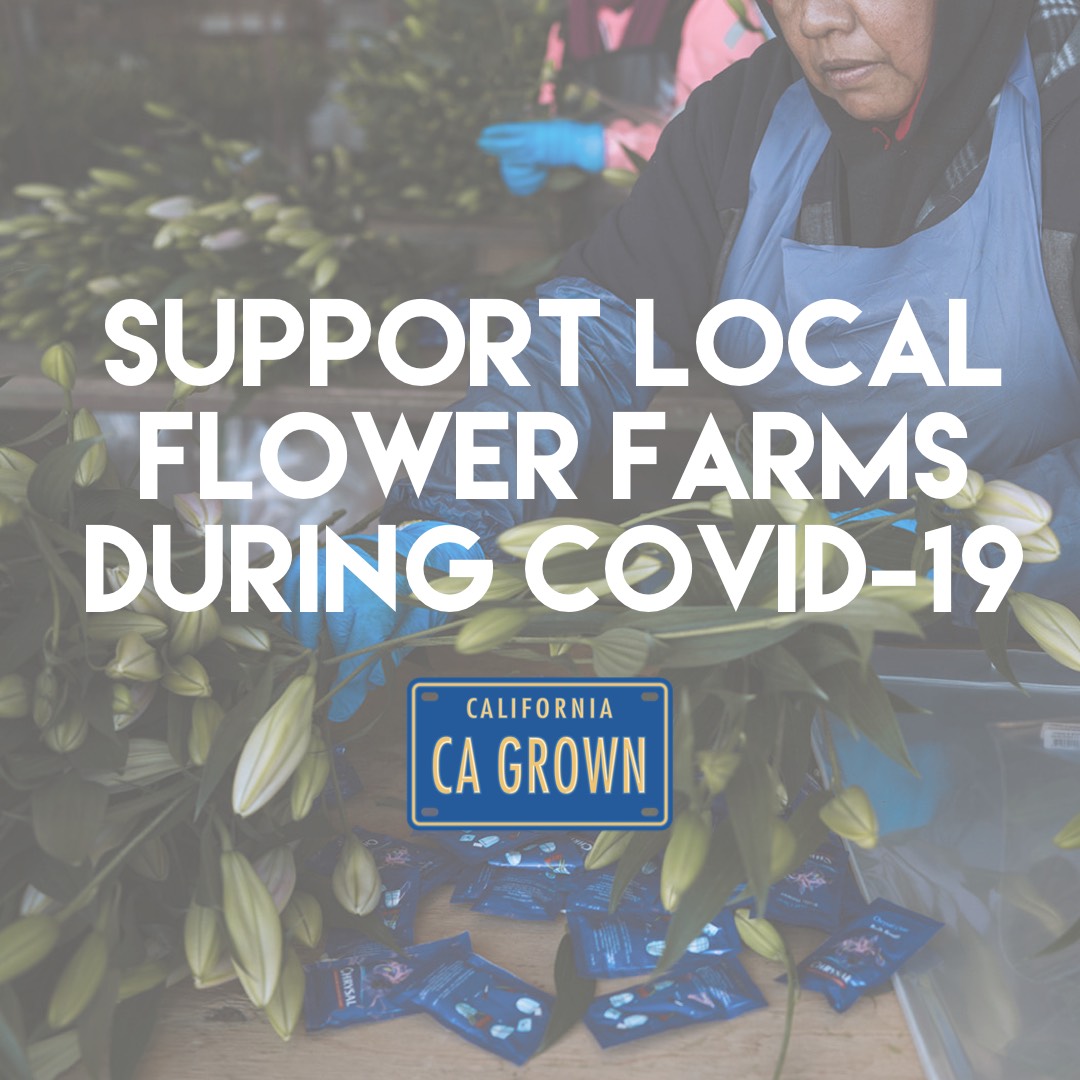 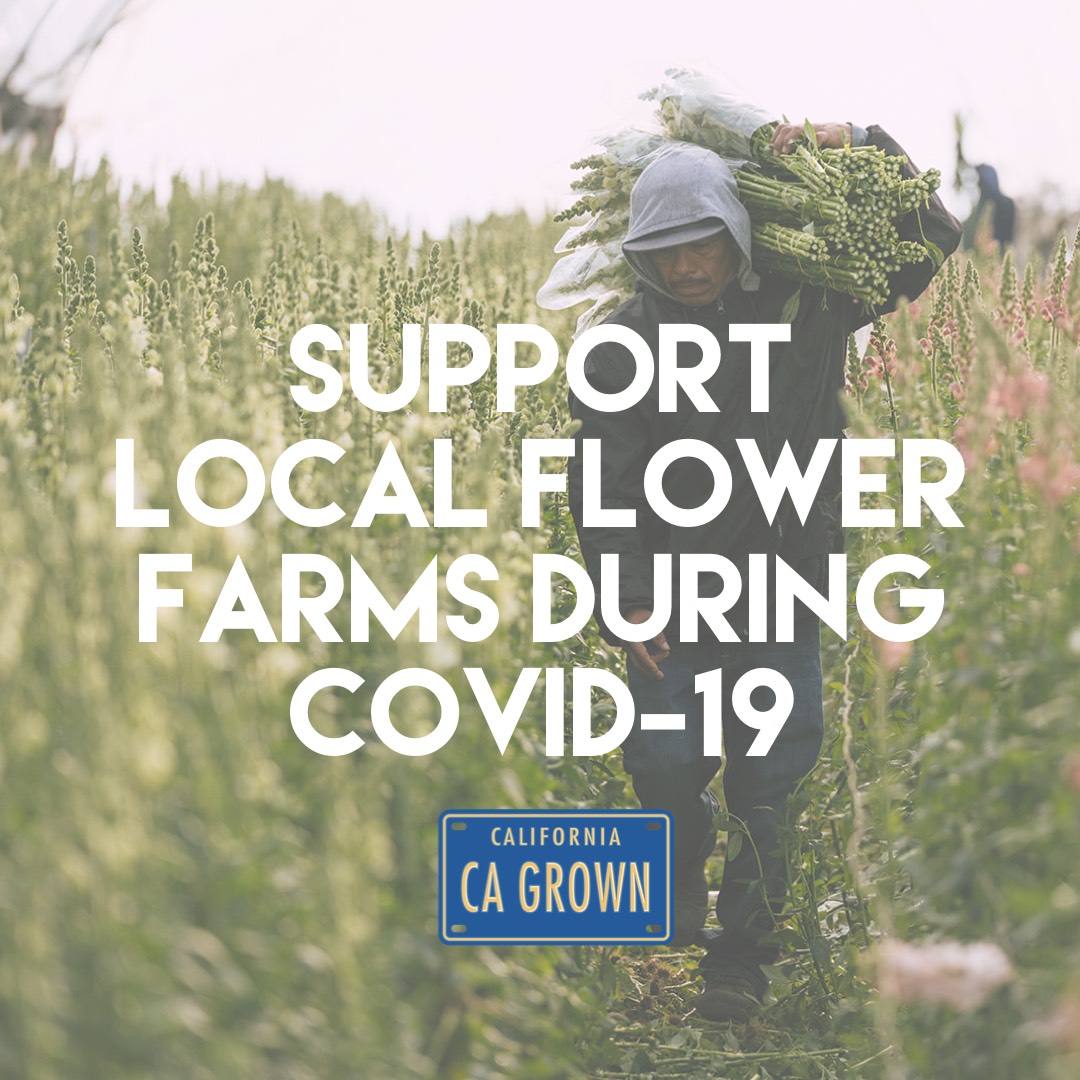 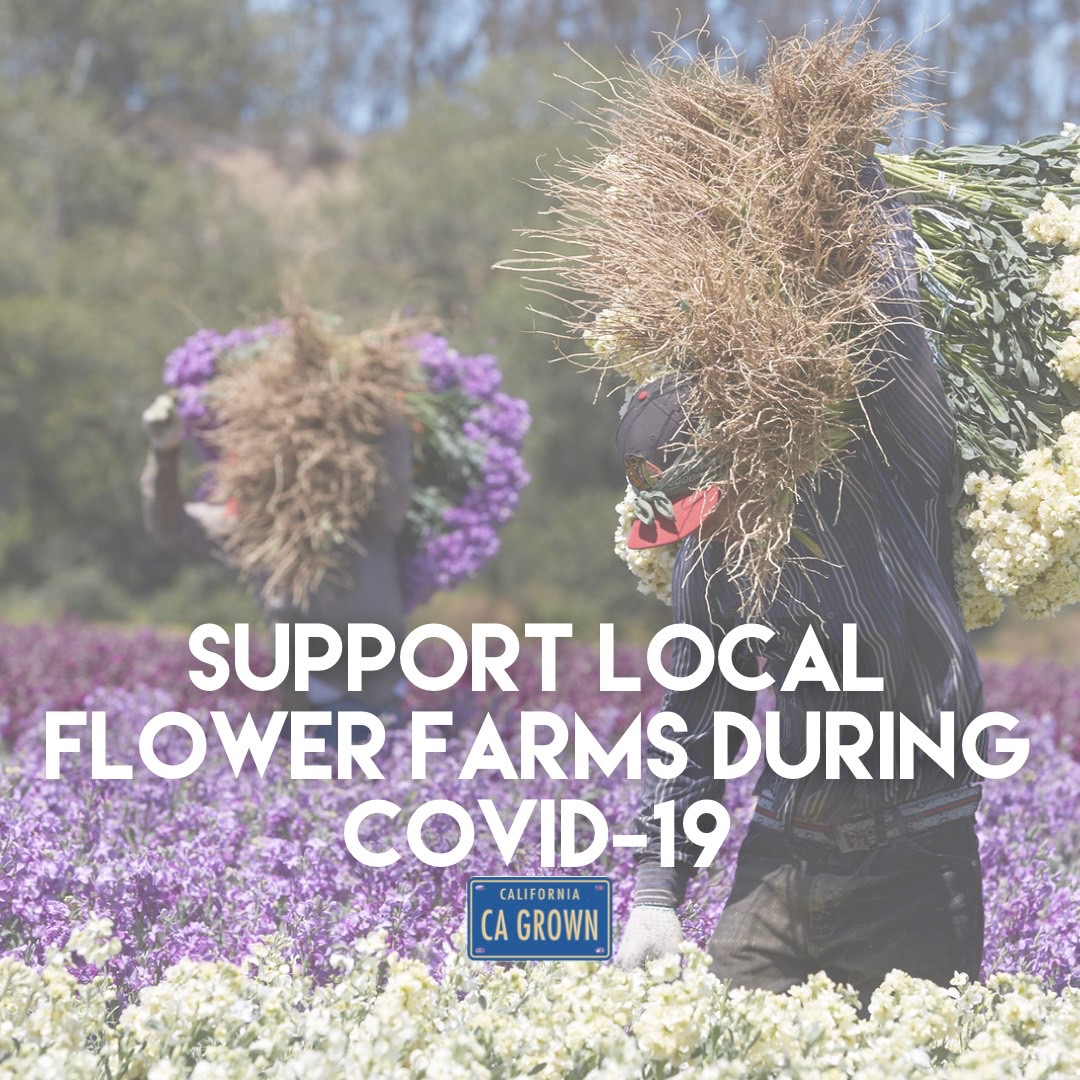 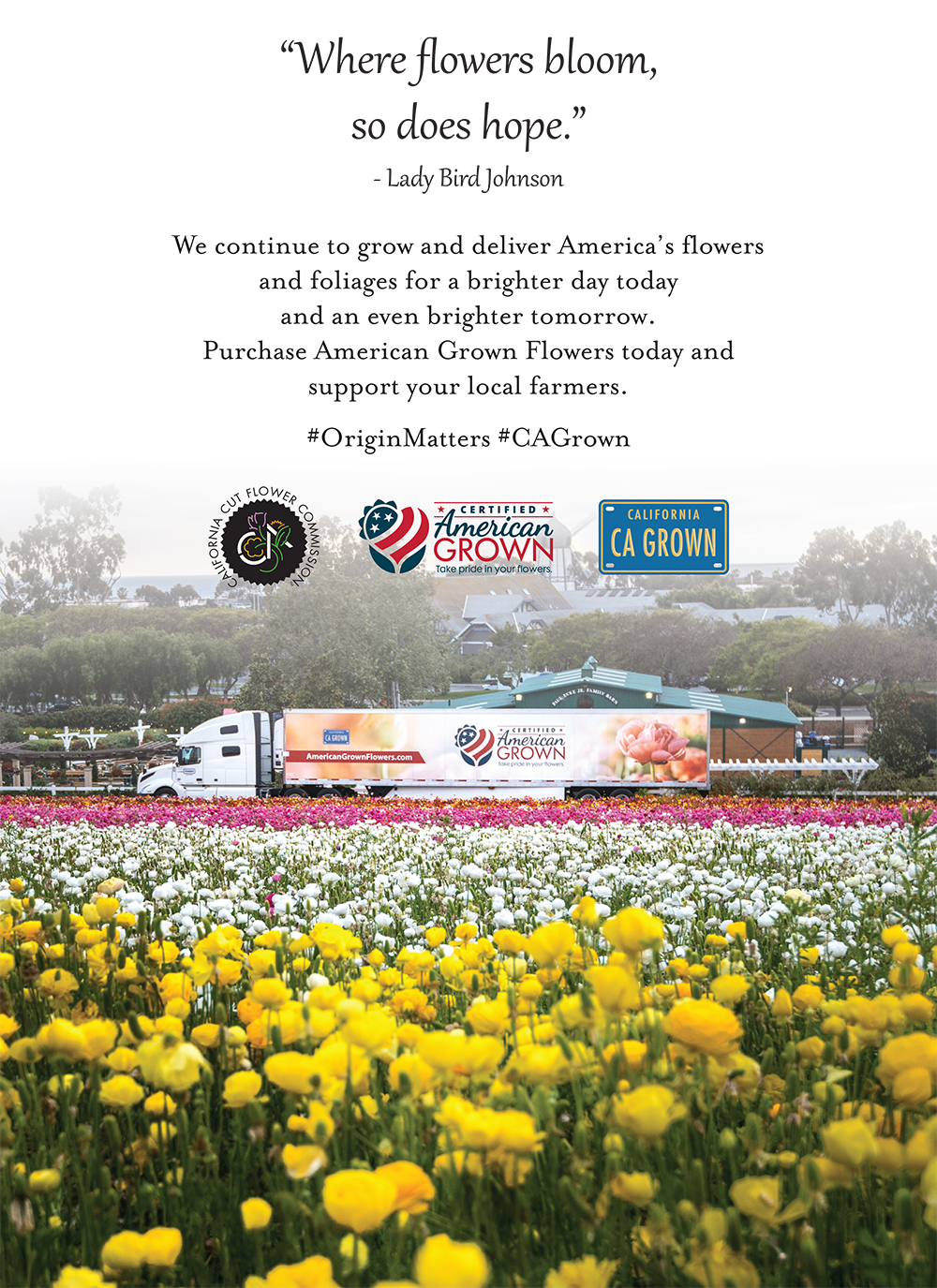 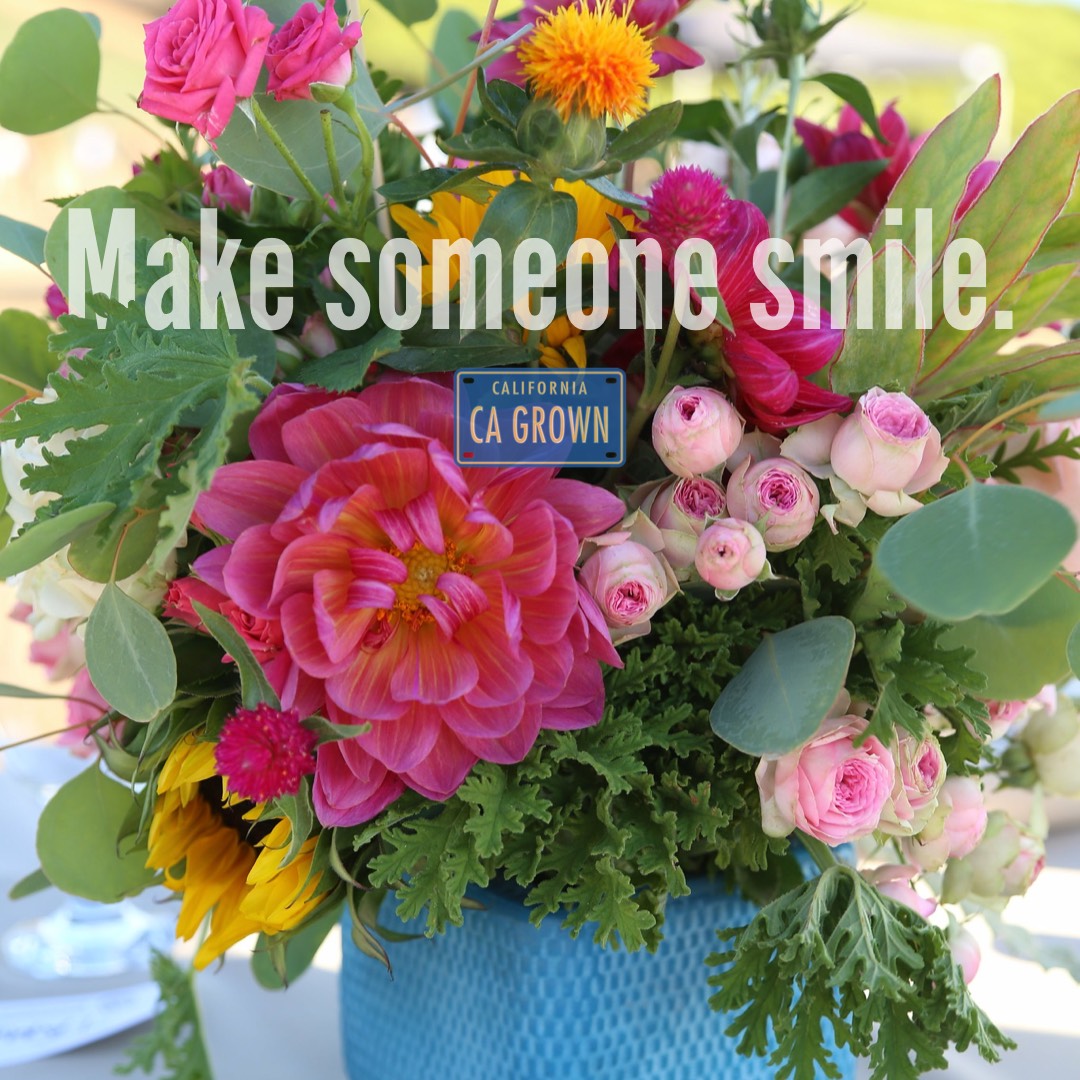