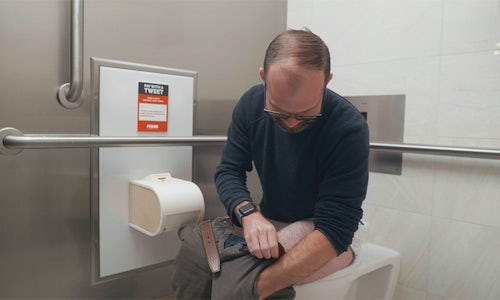 Men’s needs are completely met in public restrooms. Unfortunately, the same can’t be said for women who, in 2020, still don’t have access to pads and tampons in most public restrooms. Many men don’t realize it's a problem because it’s not their problem, and yet, men predominantly control most buildings, facilities, and c-suites. So how do we get men to empathize and convert them into menstrual equality advocates that leads toward systemic change? We charge them money for toilet paper.

Toilet paper is an essential human need and it's free in public restrooms. But for 50% of the population, an equally critical item is missing: tampons. And in the rare case they are available, they usually cost money. To make matters worse, they’re dispensed from archaic, coin-operated machines that are rarely stocked and usually broken.

So, to raise awareness about the lack of access to period products in public restrooms, Huge and PERIOD partnered together to build a coin-operated toilet paper dispenser (designed to work like a pad and tampon dispenser) and installed it into a men’s restroom to show men what it feels like to have to pay for a basic human need with an obsolete form of payment. The purpose of the stunt was to generate conversation about pad and tampon accessibility in public restrooms.

For men who didn't have coins on them, the toilet paper dispenser included an alternative feature: a tweet-to-dispense mechanism that required men to tweet a message about period equality using #FreeThePeriod in order to dispense the toilet paper.

With zero media spend, PERIOD launched the video on its website and social channels on International Women’s Day (March 8, 2020) and generated 1.2M organic views within the first 24 hours. The grassroots campaign was picked up by NowThis, Glamour, Feminist, Adweek, Women’s March and Global Citizen and mentioned by celebrities including Tracee Ellis Ross, Katherine Castro, Debby Ryan, Peyton List, Mandana Dayani, and more. Campaign US named it “Ad of the Week” two days later.

By the end of its first week, the #FreeThePeriod campaign received 81.2M impressions, generated hundreds of thousands of comments, and more importantly got both men and women talking about pad and tampon accessibility in public restrooms on all platforms—even TikTok.

In fact, several business owners and hotels who saw the campaign committed to offering free pads and tampons in their restrooms and even apologized to their customers for their “blind spot” resulting in real, tangible change. 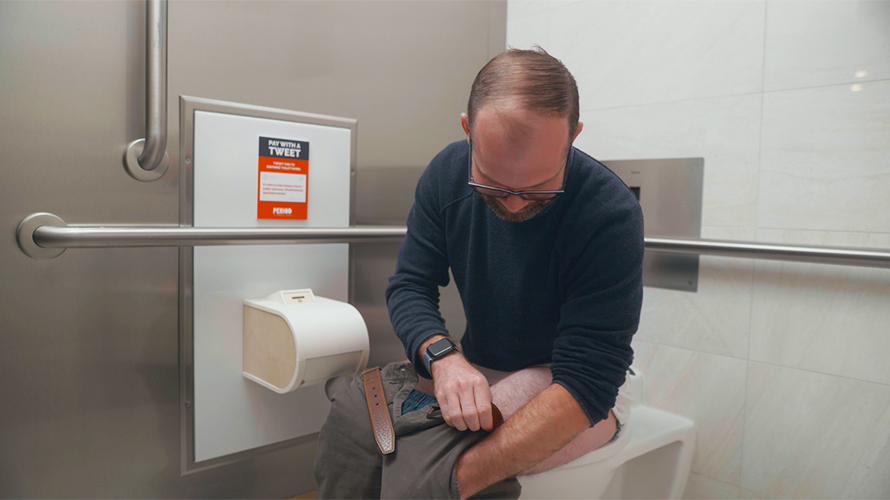