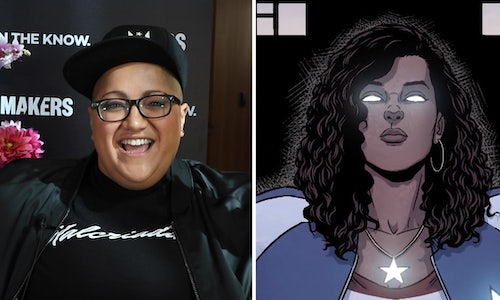 This entry is one in a series of In The Know videos featuring the MAKERS conference, a three-day summit geared toward advancing and inspiring women around the globe.

Our primary goal in attending this conference was to speak with as many impactful women and non-binary folks as possible. In doing so, we aimed to highlight groundbreaking inclusive stories through video storytelling, which aligns with the broader team goal for In The Know. Our team is committed to telling diverse and empowering stories that highlight all individuals, no matter their race, ethnicity, gender, or sexual orientation. We have verticals, or pages, for In The Know that aim to highlight women and LGBTQIA+ adjacent content and continuously uplift subjects from around the globe.

It is our job as storytellers and content creators for In The Know to give our audience, especially children and adolescents, the opportunities to see themselves represented in our work.

We chose to interview our subject, Gabby Rivera, as she exemplifies our goal as an overall team. In this piece, Rivera stresses the importance of young, diverse minds seeing themselves in the media. Throughout the video, Rivera opened up about how she intentionally puts herself (a queer Puerto Rican from the Bronx) into her characters and how equal representation is essential in storytelling.

We believe that it is vital to seek out video subjects from all areas and backgrounds so that hopefully our audience can resonate with at least one of them and see that they too have what it takes to accomplish their goals.

Rivera has broken glass ceilings as a young, queer Puerto Rican and is encouraging others to do the same. Rivera is also Marvel’s first-ever Latina comic writer and helped develop one of their leading Latina characters, America Chavez.

On the topic of amplifying diverse voices and equal representation, Rivera states, “Hell yeah, I put myself into my work. Who else is putting people like me in anything? Nobody."

The video starts with a high energy hook, followed by a visually-engaging title card that showcases the MAKERS Conference and Rivera’s comics to establish the story.

Rivera speaks on her experience as the first-ever Latina comic to write for Marvel and how it has shaped her into the confident and creative writer she is today. We then take the audience into the struggles that Rivera faced in her industry and how she persevered. It then transitioned into what makes her character America Chavez different from other Marvel characters and why her existence is so important for mainstream media. Rivera embraces her Puerto Rican heritage and encourages the audience to embrace whatever makes them unique.

The video used a combination of A-roll and engaging visuals as B-roll and I used motion graphics, voiceovers and transitional background music were used throughout the piece to help with the video's overall style and flow.

This video was a result of teamwork and collaboration. Three In The Know team members, including myself, attended the MAKERS conference, where they each focused on separate aspects of the production process. One member was in charge of scheduling and conducting the interviews. Another was focused on the less visual stories with incredible behind-the-scenes writing and companion articles for our videos. I was then the sole equipment manager and producer for the shoots.

The video was published on Facebook, Instagram, Yahoo.com, AOL.com and InTheKnow.com.  It received 3,649,075 views on Facebook and 23,000 views on Yahoo.com and AOL.com. This was a truly wonderful collaboration between Verizon Media brands to highlight inspirations of today and encourage the changemakers of tomorrow. 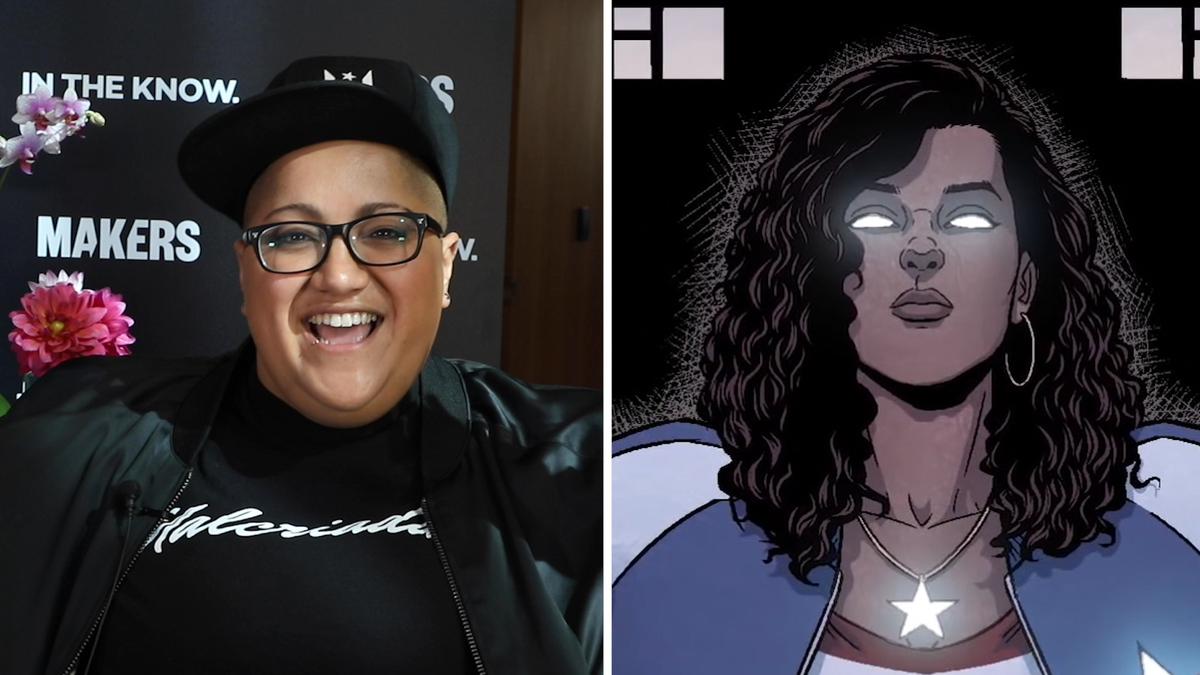