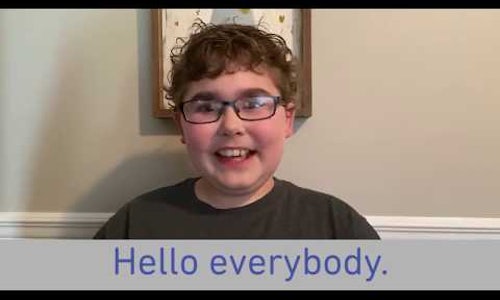 Joke a Day for MDA

Winner in On a Shoestring

Americans were stuck indoors and in the same situation as Ethan. With mentions of COVID-19 reaching nearly 20 million by the second week in March (Sprinklr, 2020), social media was no longer a place where people could expect a respite from their daily life in quarantine. Instead, social and traditional news platforms became an abyss of upsetting, emotionally draining content. It was an endless scroll of bad news, and people were eager for more lighthearted and uplifting content to pass the time in quarantine.

MDA saw an opportunity to change the conversation; their pandemic response had to be scrappy (zero budget) across all channels, yet commanding enough to capture the mindshare of traditional and social media audiences, breakthrough the corona-dominated discourse and raise both awareness for MDA’s mission and donations to fund the research and resources it provides those affected.

The neuromuscular disease community (people with conditions like ALS, muscular dystrophy and SMA) is among the most vulnerable for COVID complications. It’s a community that often faces quarantine-like isolation, yet remains positive in the face of adversity

We harnessed technology to share Ethan’s love for jokes and infectious laugh safely and virtually, to raise awareness for the community and increase MDA’s social followers and impressions during a time when MDA needed the support most.

While many nonprofits aimed to tear at the heartstrings, we saw an opportunity to activate the funny bone. Playing off Ethan’s comedic chops, MWWPR created the campaign, “Joke a Day for MDA,” to bring much-needed joy to people during the pandemic, while stressing the importance of supporting the neuromuscular disease community in a safe way.

For 42 days during the peak of the country’s stay-at-home order, Ethan took over MDA’s social channels (Instagram Stories and Twitter) to share a daily joke. The formula was simple: a favorite joke + infectious delivery + a consistent call to action at each video’s close to “Donate to MDA.”

Produced on a shoestring budget, jokes were selected by Ethan and filmed weekly by the LyBrand family at home, with videos scripted by MWWPR. The recording sessions became a source of bonding for the family, with Ethan testing out some of his favorite jokes: some around identified themes (like food) and others just plain cheesy.

We identified social media and aforementioned channels as the most viable hub for the Joke a Day content. At the onset of the pandemic, an estimated 51% of Americans increased their social media usage (The Harris Poll, 2020). We targeted Instagram stories for the daily distribution of jokes and for its optimization of short-form content – capitalizing on its swipe up feature for instant donations and creating the organization’s first story highlight reel to provide a permanent home for the stories.

Our earned media strategy was to distinguish Joke a Day for MDA as filling the void of good news, positioning MDA as a nonprofit committed to helping people of all abilities during this time of adversity. Once Joke a Day for MDA was established on social with a week’s worth of jokes, we kicked off media outreach. Throughout all coverage and interviews the message was consistent: Joke a Day for MDA was a way to raise awareness and advocacy for the 250,000 people living with neuromuscular diseases in the U.S. We provided media with the original joke video files so they could embed the jokes within their coverage and even post the jokes on their outlet’s social channels (as CBS News did).

Joke a Day for MDA reached a global audience, creating a lasting, positive impact among people of all abilities. Through our virtual campaign, Ethan reached and educated more people about MDA than he would have through the traditional ambassador tour.

On social, the campaign garnered:

USA Today named Ethan one of 12 outstanding individuals as a “Humble Hero” and Newsweek called him a “Hero of the Pandemic.” Earned media topped 498.5M impressions with coverage on CBS News, Yahoo! News, MSN, Scholastic News, Red Tricycle, Everyday Health, socialnews, and The Christian Post. An article with Parents Magazine is publishing this fall. Media coverage had 100% key message pull through, with all articles relaying key messaging on supporting MDA and Ethan’s role as an MDA National Ambassador.

Fellow comedians and influential figures recognized Ethan’s jokes and budding comedy career. Comedian Brian Regan shared Ethan’s jokes with his 200K+ followers. MLB player Bryan Reynolds, of the Pittsburg Pirates, recorded a special video message for Ethan. Fellow students wrote to Ethan applauding his series; and people around the world engaged with the series, thanking Ethan and MDA for giving them a reason to smile.

Video for Joke a Day for MDA 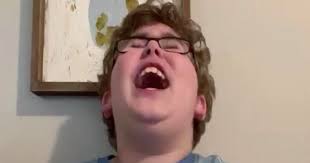 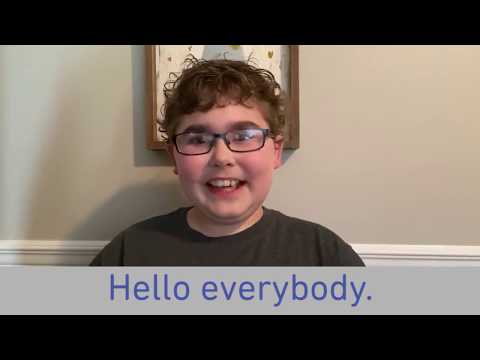