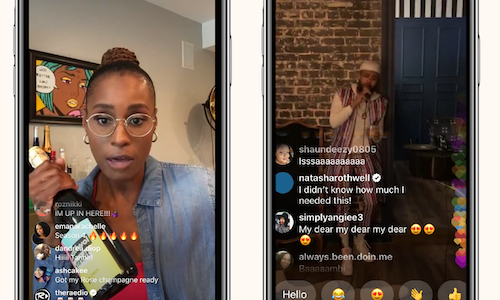 Each year, fans of the Emmy-nominated HBO comedy series, Insecure, look forward to the new season and the festivities that come along with it. Dating back to the show’s 2016 debut, HBO has launched each season with an annual block party premiere experience that combines themes from the show with live performances and a celebration of community.

Season one kicked-off with a block party premiere in Brooklyn. Season two’s premiere returned to show creator Issa Rae’s roots (and the show’s setting) of Inglewood, California taking over a full city block for a full-day experience. Season three took things to a new level with nearly 5,000 guests attending the #InsecureFest block party that converted LAFC’s Soccer Stadium (Bank of California) into a carnival-themed premiere experience. With season four returning after a one year hiatus, the anticipation for the show and the annual block party was higher than ever.

With plans to take the event series to multiple cities ahead of the April 12th premiere, the season four launch was interrupted due to concerns regarding the spread of COVID-19. Understanding this new landscape (social distancing & sheltering in place), HBO pivoted in a matter of weeks to create a digital campaign utilizing Instagram to generate excitement. The campaign was designed to build hype and drive tune-in, in addition to capturing the essence of the beloved event series for HBO Insecure loyal fan base across the country, participating from the safety of their homes.

With the restrictions of what would become the “new normal” in place, HBO kicked-off the newly-created digital/social campaign for the new season with a highly Instagrammable seeding kit, filled with all of the essentials for an Insecure viewing experience. Drawing inspiration from the show’s tone and the season’s title thematic, “Lowkey Thirsty” -- these kits featured Insecure branded Prosecco, tumblers, a Cantrip candle, gel masks, gourmet snacks, a charcuterie board, and more. With over 100 influencers and show talent receiving it, three days prior to the premiere, the kit ignited a whirlwind of buzz on Instagram!

With the stage set, HBO executed the first-ever Virtual Block Party for the brand on Sunday, April 12, 2020. Issa’s Block Party in this season is a pivotal plot point, so even though a multi-market block party couldn’t happen, a virtual version on Instagram was a must! This premiere event was packed with plenty of interactive elements, including a customized #lowkeyinsecure virtual/in-person bingo game to further fan excitement. The activation kicked-off with an IG Live Q&A hosted by executive producer and star Issa Rae. Over the course of the hour, Issa spoke with cast and crew Prentice Penny, Yvonne Orji, Alexander Hodge and Jay Ellis about the upcoming season of HBO’s Insecure and Zaytoven (DJ) took over the @insecureHBO handle for a lively DJ set.

After the episode aired, the “Classic Man” himself Jidenna was announced as the surprise performer. Throughout the performance, the comments were flooded with praise from Issa and Yvonne to Janelle Monae. The first-ever Virtual Block Party Event ended on an amazing high.

After rising to the challenge and creating HBO’s first-ever virtual block party in April 2020, HBO planned a follow-up virtual finale event, ahead of the Season 4 finale in June 2020. In the midst of not only a global pandemic, but also the escalating tensions around racial injustice, the event struck a tone that was celebratory without being tone-deaf. The programming included two Instagram Live Q&As, an Instagram Live musical performance and conversations that amplified Black voices and stories while encouraging a giveback component through support of Black Lives Matter via the ActBlue Organization, with HBO also donating to the organization.

The riveting discussions featuring Issa Rae and co-star Yvonne Orji were both insightful and provided the levity fans needed during these unprecedented times. The Q&A segment was amplified by friends of the show, Natasha Rothwell, Kerry Washington, Christina Elmore, Jay Ellis, and more who entered the IG Live to give the women their flowers.

The Instagram Live events continued with a surprise Q&A between Issa Rae and grammy-nominated artist Miguel before he grabbed fan’s attention during a 30-min Instagram Live musical performance. Playing his smash hits like “How Many Drinks” and “Come Through and Chill.” Miguel closed out the experience with fans fully-immersed in the Insecure-vibe, ahead of the finale premiere.

To start the campaign, the Instagramable Insecure kit was incredibly well-received by over 100 influencers and the show’s cast and crew!

The list of celebrities and influencers that received the highly-coveted kit included:

Overall, the Insecure digital/social campaign garnered over 43MM+ social media Impressions and 6.4MM+ engagements over the course of season 4. A few comments over the course of the performance were: “Issa has opened so many doors y’all!” and “GIVE THEM THE EMMY THEY DESERVE” and lastly “Thank you for going live! It’s like we are talking with our homegirls.”

Most importantly, the HBO Insecure Virtual Block Party went beyond impressions and metrics to circumvent the restrictions brought on by the pandemic, to bring together a community of fans for a brief moment of celebration and joy. 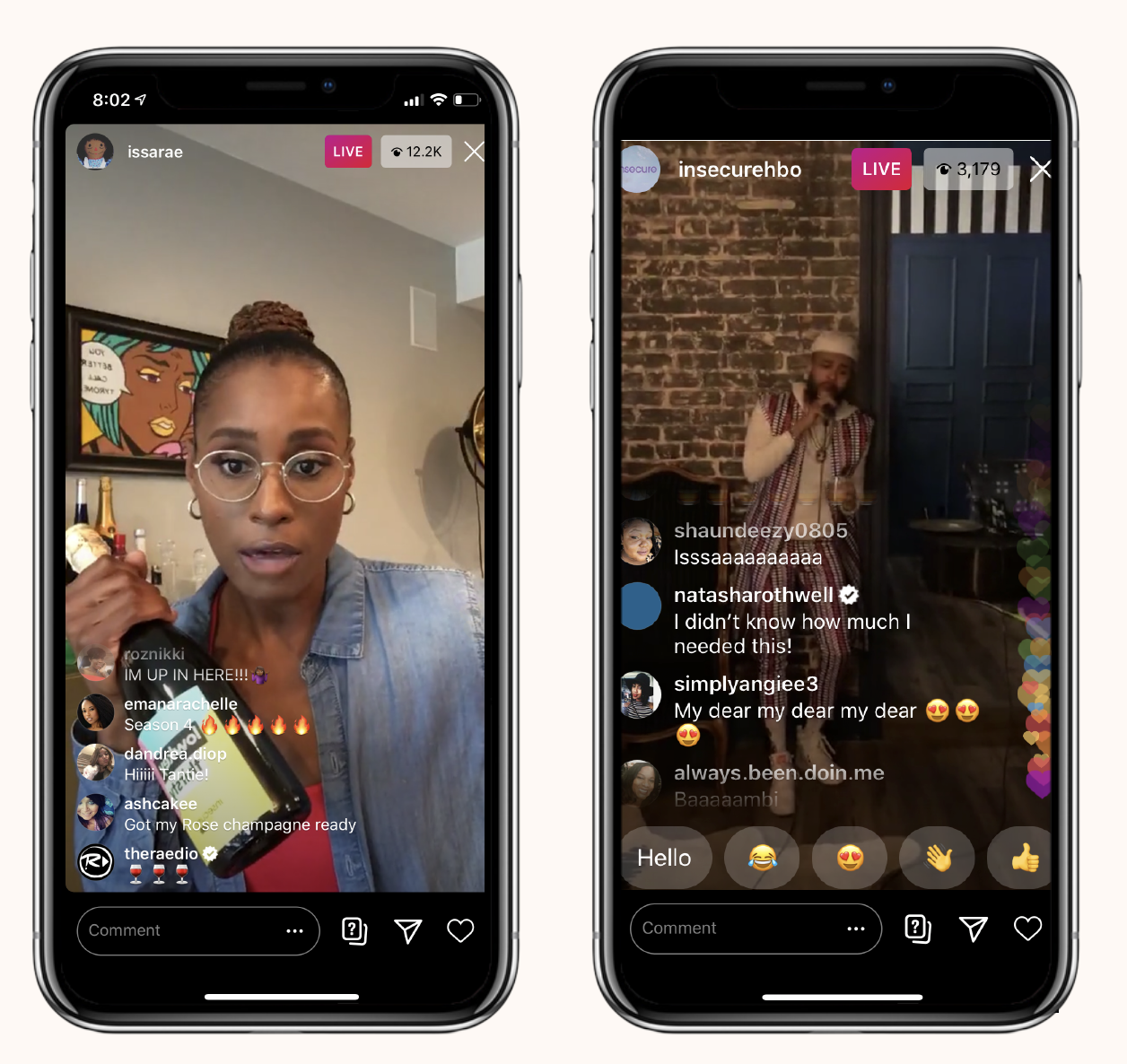