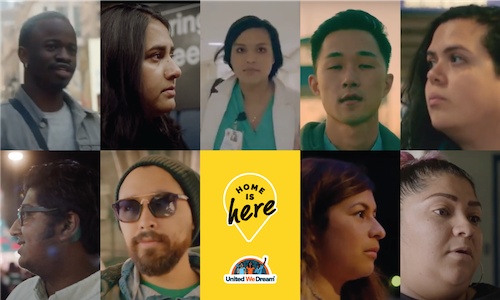 Home Is Here: The Voices of Undocumented People at the Supreme Court

On November 12, 2019 the Supreme Court was slated to take up oral arguments on the future of the Deferred Action for Childhood Arrivals (DACA) program. DACA, which was won by immigrant youth, provides a fee-based, two-year renewable permit that provides protection from deportation and work authorization to people who immigrated to the United States as minors and without legal status. Since 2012, over 700,000 undocumented young people who call the U.S. home have been approved for the program.

An unfavorable decision from the Supreme Court would have ultimately resulted in the termination of DACA and added DACA recipients to the list of immigrants Trump is already targeting with his massive deportation force.

We are undocumented and unafraid! We are United We Dream, a national network led by immigrant youth. We organize to protect our communities and build a future where immigrants and all people are free to move, stay, exist, and thrive!

Although the stakes were high, we were determined to win and build momentum for future victories that could protect MORE undocumented people and abolish the deportation agencies that target us.

A key tool in our fight for freedom was our multi-media amicus brief, a first-of-its-kind, featuring 27 written stories and 9 video stories of DACA recipients directly advocating to the Supreme Court Justices that their #HomeIsHere.

The Home Is Here multi-media amicus brief submitted to the Supreme Court was the first-of-its-kind, created and led by undocumented and immigrant culture strategists at every step of the way, from concept development and production, to distribution and engagement.

Storytelling, together with personal and collective transformation, have been a central pillar of our innovative organizing strategy for over a decade. So when we discovered that the Supreme Court had begun accepting electronic content in their amicus briefs, we knew we had the opportunity to not only present our stories to the Justices in writing, but to force them to see our faces and our humanity too.

We also knew that 90% of the American public supported DACA recipients, but the prevailing narratives on DACA often defined us very narrowly – as Latinos, as teenagers, as victims – and pitted us against parents, incarcerated people, and other immigrants.

That’s not how we roll!

Our vision was to ignite a fire of hope in our movement that ensured immigrants and people of color all around the country and from all walks of life felt welcomed and that this fight is their own.

We needed to strike a balance that allowed us to speak to the conservative Justices in order to win while simultaneously staying true to our values of amplifying the voices of a diverse range of people most impacted by cruel immigration policy and racism.

In a timespan of just six weeks, we identified 27 DACA recipients for the written brief and secured funding to produce short films for 9 of them (representing the nine Justices that sit on the Supreme Court bench).

Each of the nine videos featured undocumented people with backgrounds rarely highlighted in the media, including DACA recipients who are Black, Muslim, Asian, queer, trans, parents, and business owners. Our team traveled to all locations to prep the storytellers and ensure our creative vision was carried throughout by our immigrant women-led director, producer, and film crew.
By centering the leadership of undocumented and immigrant culture-strategists, we were able to ensure that our narrative and design — including graphics, toolkits, microsite and more — projected hope, defiance, and joy, not trauma, and that they imposed a clear moral dilemma for the Supreme Court Justices: protect DACA because our Home Is Here!

We won! On June 18, 2020, the Supreme Court ruled in favor of protecting 700,000 undocumented youth by keeping DACA in place — and even re-opening it for new applicants! Together we created a campaign that mobilized young people and their communities all over the country, influencing the Supreme Court’s decision and changing the course of history.

Since launch, this historic multi-media amicus brief has reached over 1,110,000 people across YouTube, Facebook, Twitter and Instagram. In addition, our top stories were those of Manny, a Nigerian immigrant; Sana, a Pakistani immigrant; and Catalina, a trans woman born in Colombia, who all experienced deportation or detention in their immediate family.

Finally, we accomplished our goal of expanding the narrative of what it means to be undocumented: we are not just our immigration status, our labor, or the racism we face. We are singers, dancers, survivors, thinkers, friends, lovers, people of faith, and so much more.

Within days of the victory, Trump retaliated by announcing that he would seek another way to dismantle DACA.

As we look to the elections and beyond, deliberately centering our full selves will continue to be important to heal and energize our people and allies for the long fight towards justice.

We are undocumented, here to stay, and our home is here!

Video for Home Is Here: The Voices of Undocumented People at the Supreme Court 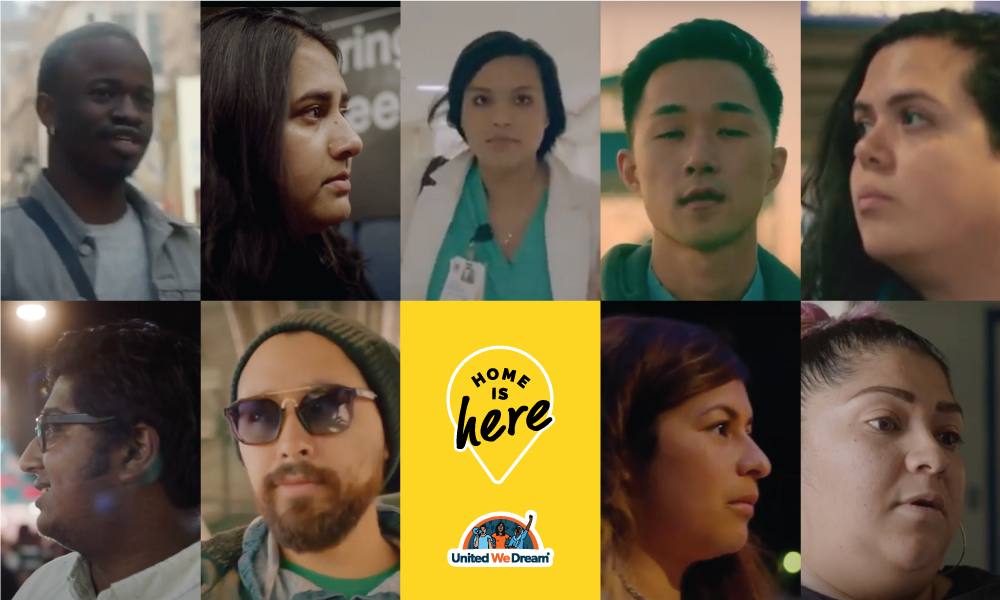 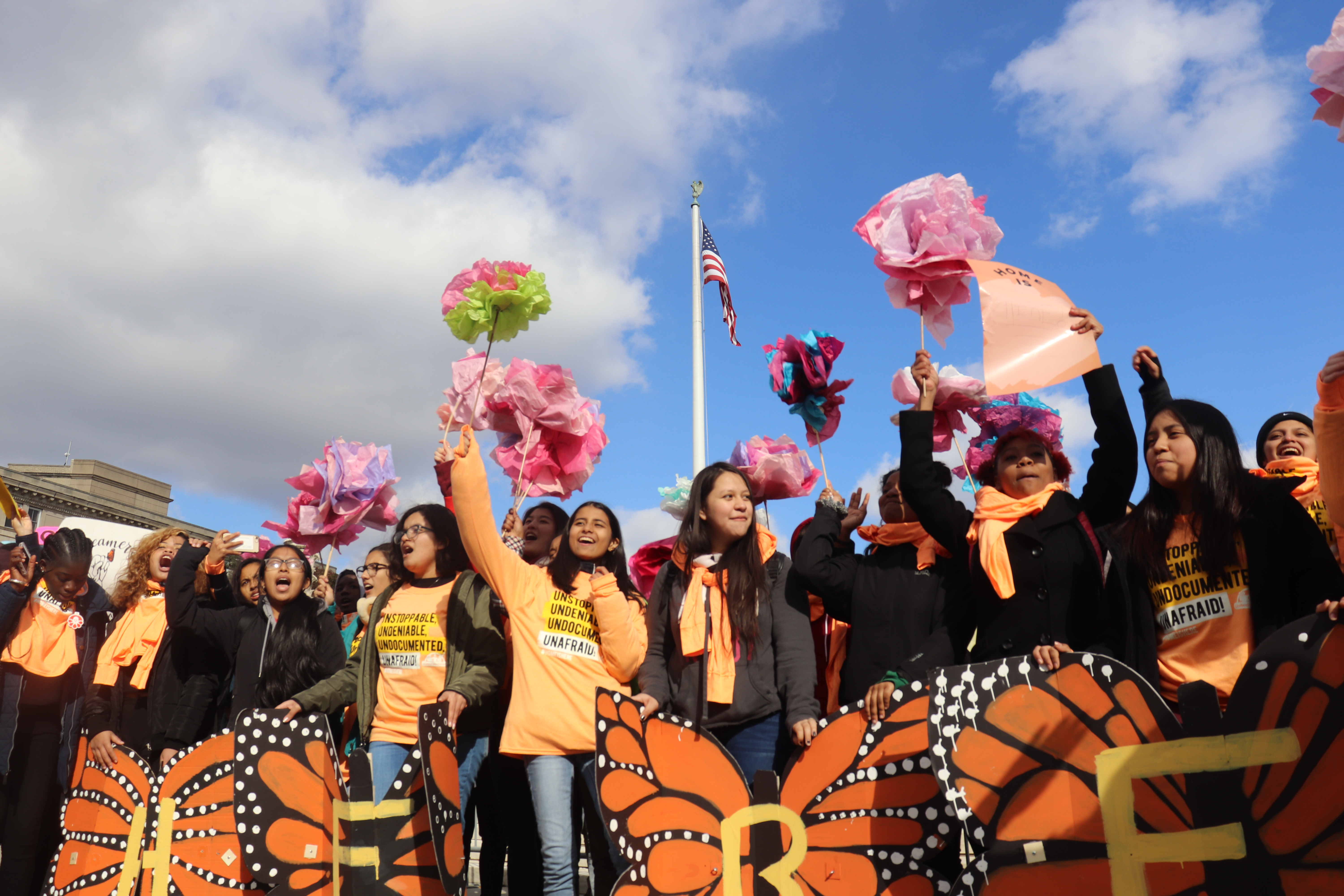 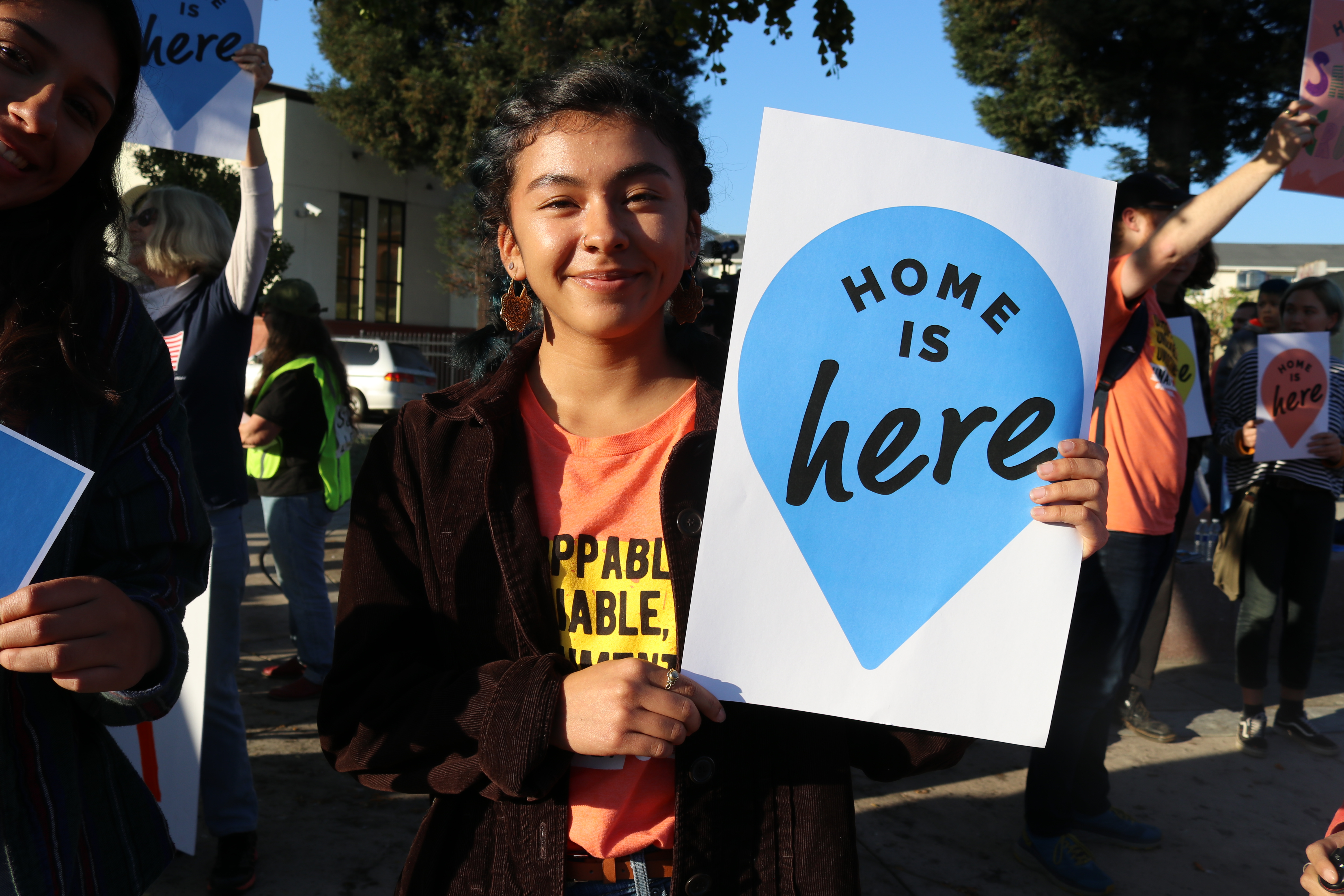 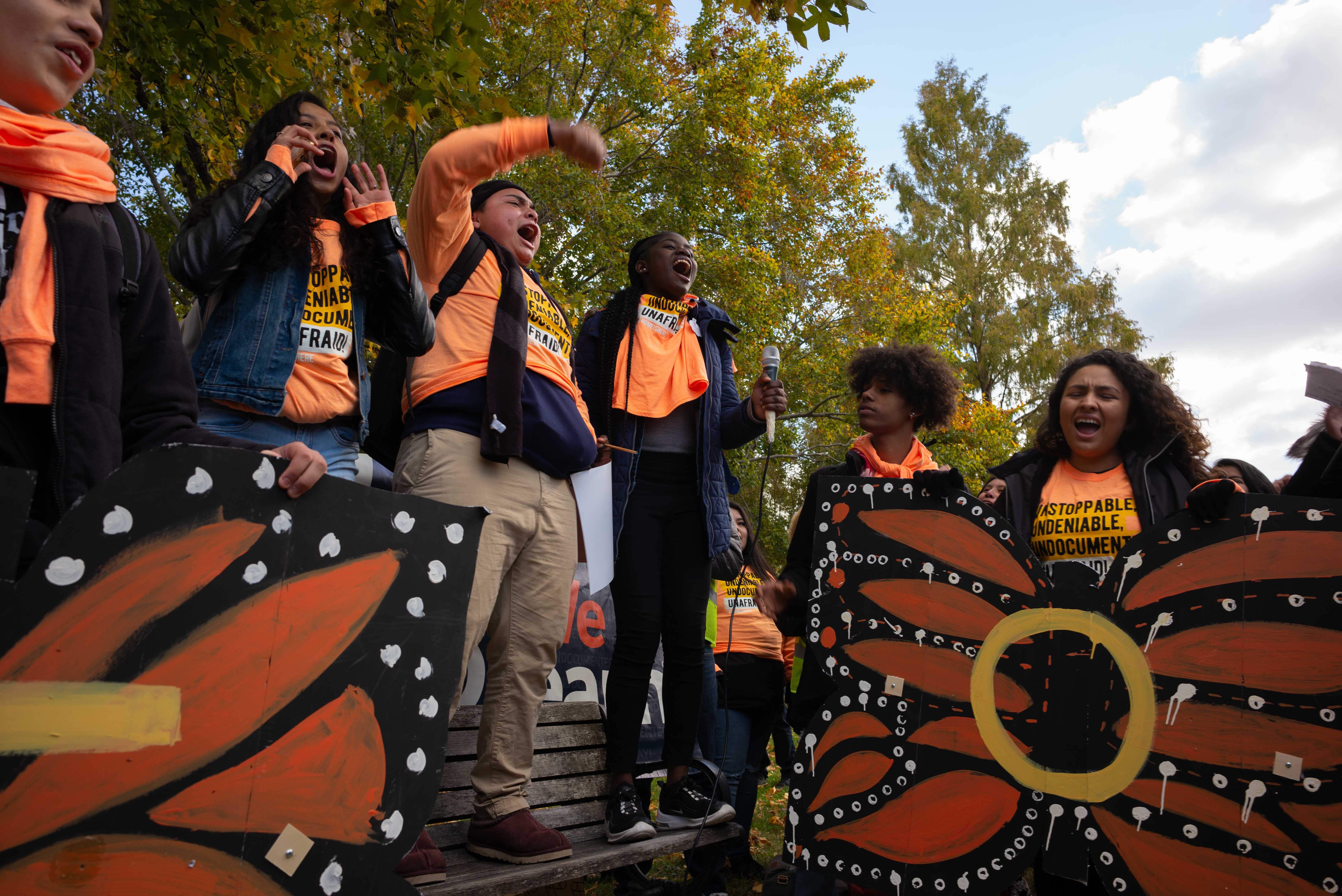 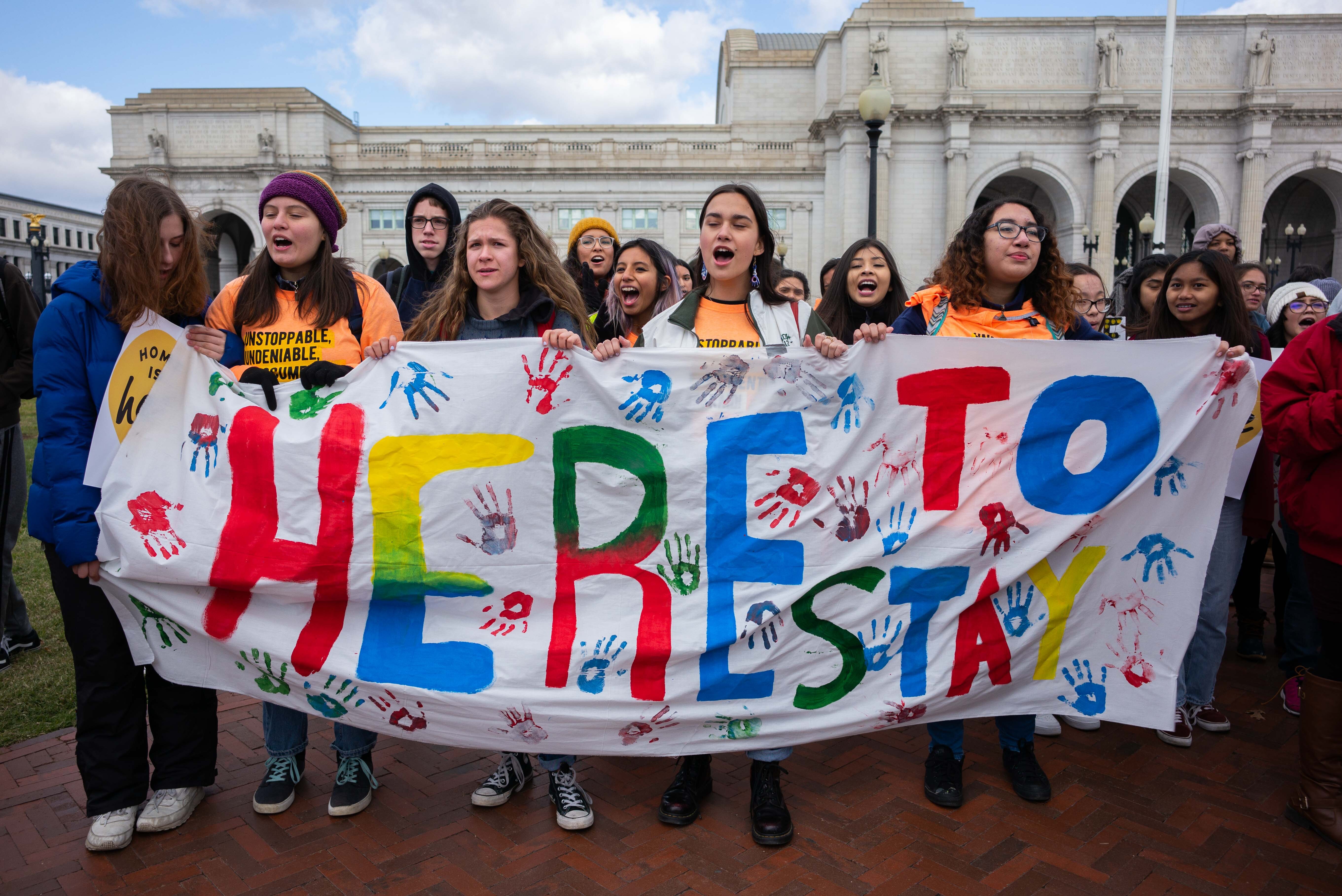 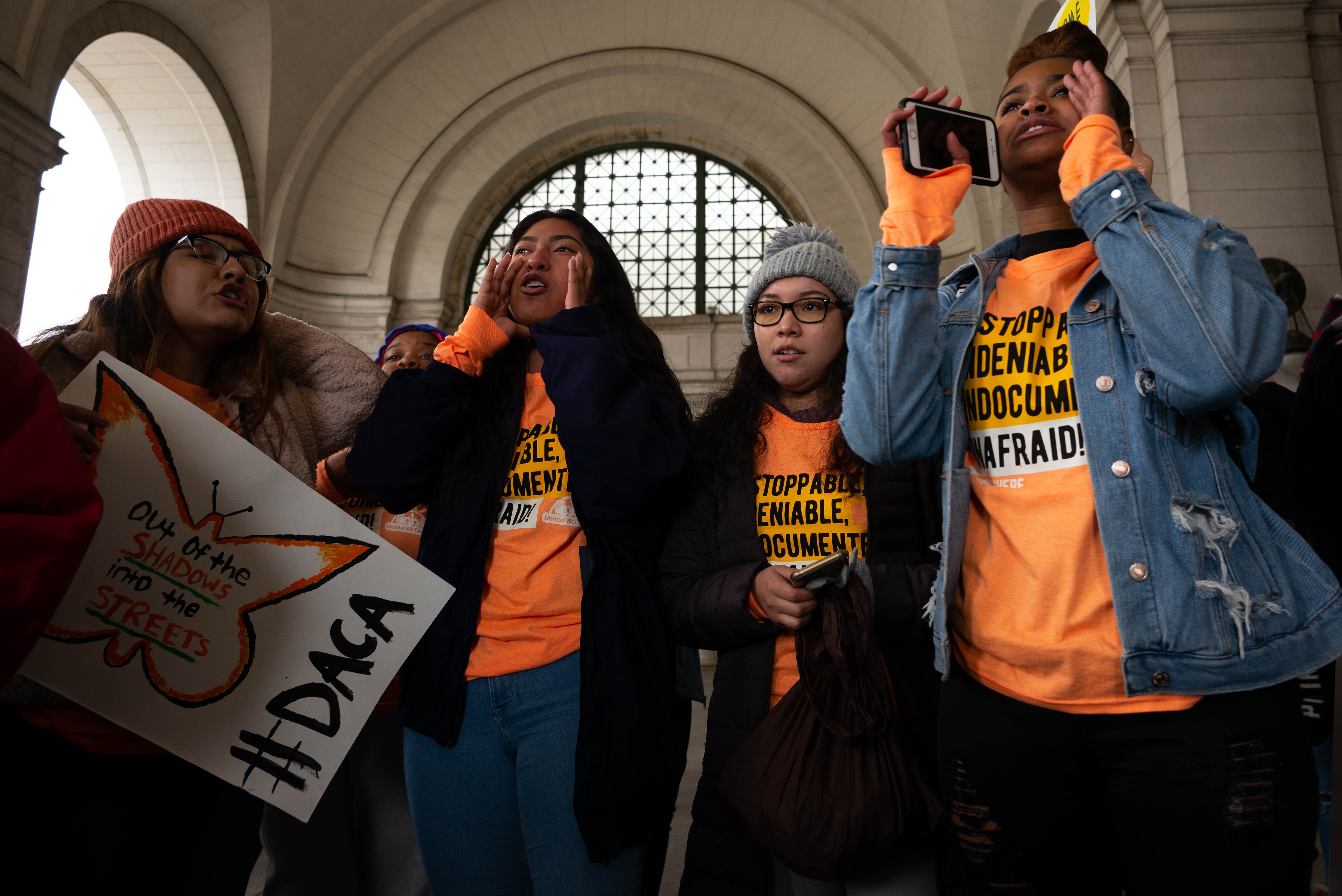 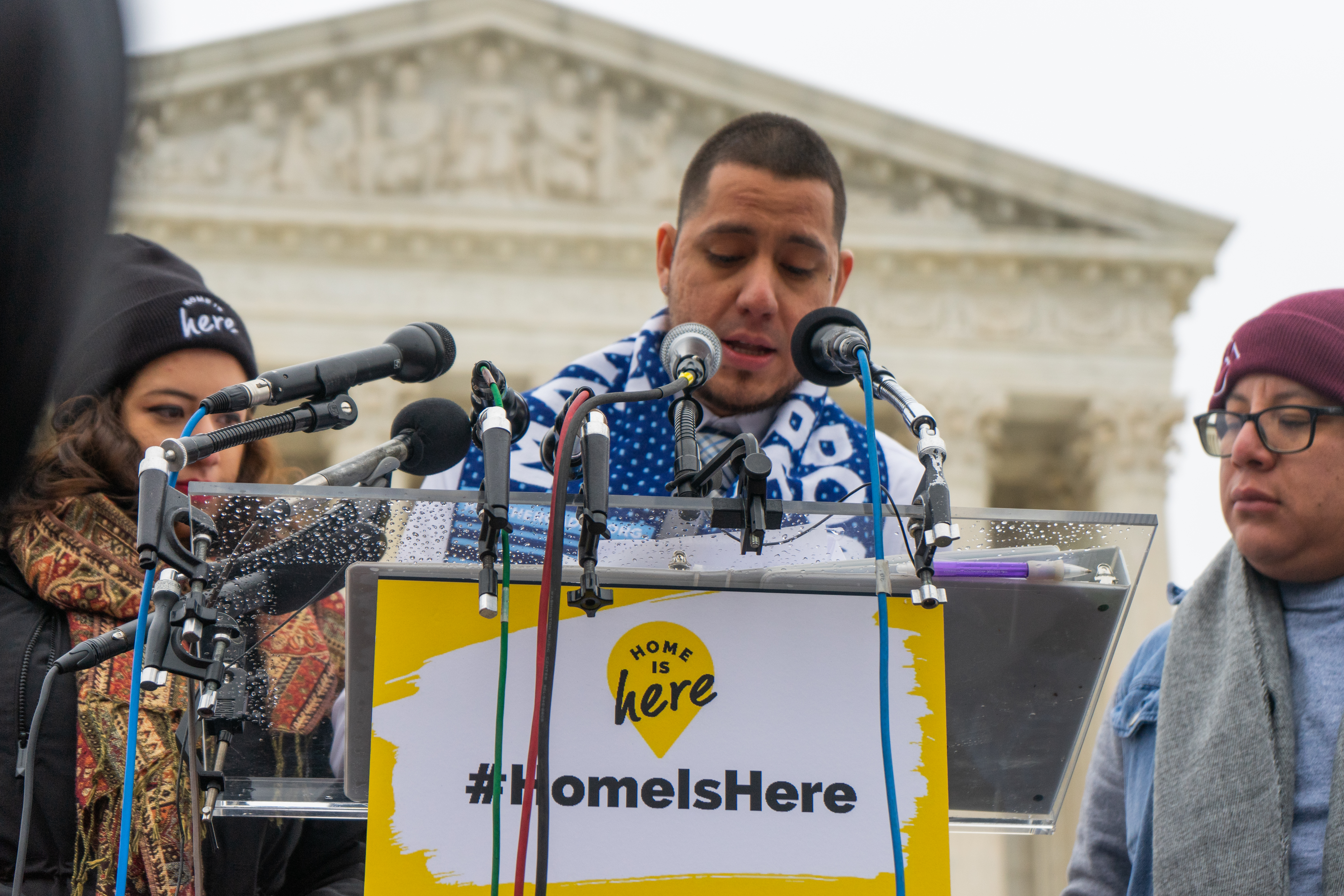