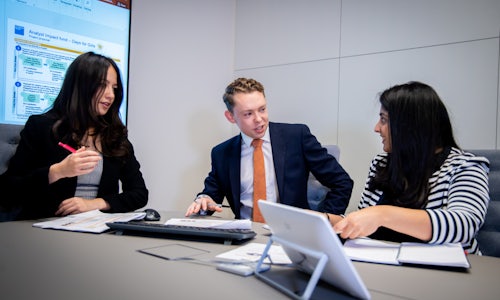 As a reflection of Goldman Sachs’ ongoing commitment to philanthropy, Goldman Sachs Gives (GSG) has made nearly $1.6 billion in grants and partnered with 7,000 nonprofits in 100 countries globally. Goldman Sachs Gives is committed to fostering innovative ideas, solving economic and social issues, and enabling progress in underserved communities. Every year, GSG organizes a global competition, the Analyst Impact Fund, where analysts from across the firm collaborate with their peers for a chance to win grants to support nonprofits of their choice. In November of 2019, the fourth annual Analyst Impact Fund (AIF) attracted hundreds of compelling proposals from 975 junior employees around the world, all aimed at addressing some of the world’s most pressing challenges.

Teams were judged by David Solomon and some of the firm’s senior leaders. Ultimately, six finalist teams representing seven Goldman Sachs locations advanced to the finals. The teams represented a wide variety of nonprofit organizations, from a financial education platform helping underserved teens access a college education to an organization alleviating energy poverty through a simple tech solution.

The first-place prize–a $250,000 grant–was awarded to a London-based analyst team representing Days for Girls, which aims to increase access to menstrual care and education for girls in developing countries.

The objective of our social campaign was to raise awareness of the AIF competition , showcase the opportunities for our junior employees to engage with their passions at GS, and demonstrate the firm’s commitment to supporting a wide range of  impactful nonprofit organizations.

Through social content, we amplified the Goldman Sachs Gives Analyst Impact Fund Finals competition and highlighted the finalist teams and their nominated non-profit organizations. By putting the spotlight on this unique and meaningful opportunity and the firm’s analysts, Goldman Sachs was able to amplify the positive impact of the competition and support innovative nonprofit organizations in addressing some of the world’s most pressing challenges. In addition to highlighting the firm’s philanthropic efforts, we also aimed to entice potential recruits and our Gen Z audience with an inside look at the early competition–one that they could consider entering if and when they join Goldman Sachs.

When the 2019 finalists were announced, we developed and promoted a series of quote card assets across Twitter, LinkedIn, and Facebook  that highlighted each of the finalist teams and the nonprofits they were working with. This helped not only bring attention to the competition and Goldman Sachs’ efforts, but also emphasized the eagerness and ability of the firm’s analysts to drive change through the AIF platform.

With day-of content, we kept our audience informed on the competition, announcing winners and even live streaming the event. Audience members who watched the competition live were able to vote for their “fan favorite,” which would receive an additional $25,000 grant.

We leveraged paid and organic social to raise awareness of Goldman Sachs’ Analyst Impact Fund competition and the firm’s commitment to supporting innovative nonprofits. The objective was to have audiences engage with our content, natively in-feed, while simultaneously positioning Goldman Sachs as an employer of choice. This was successful in driving over 900K video views and a low cost per 25% complete, outperforming our cost per 25% benchmarks by at least across 40% across the board. 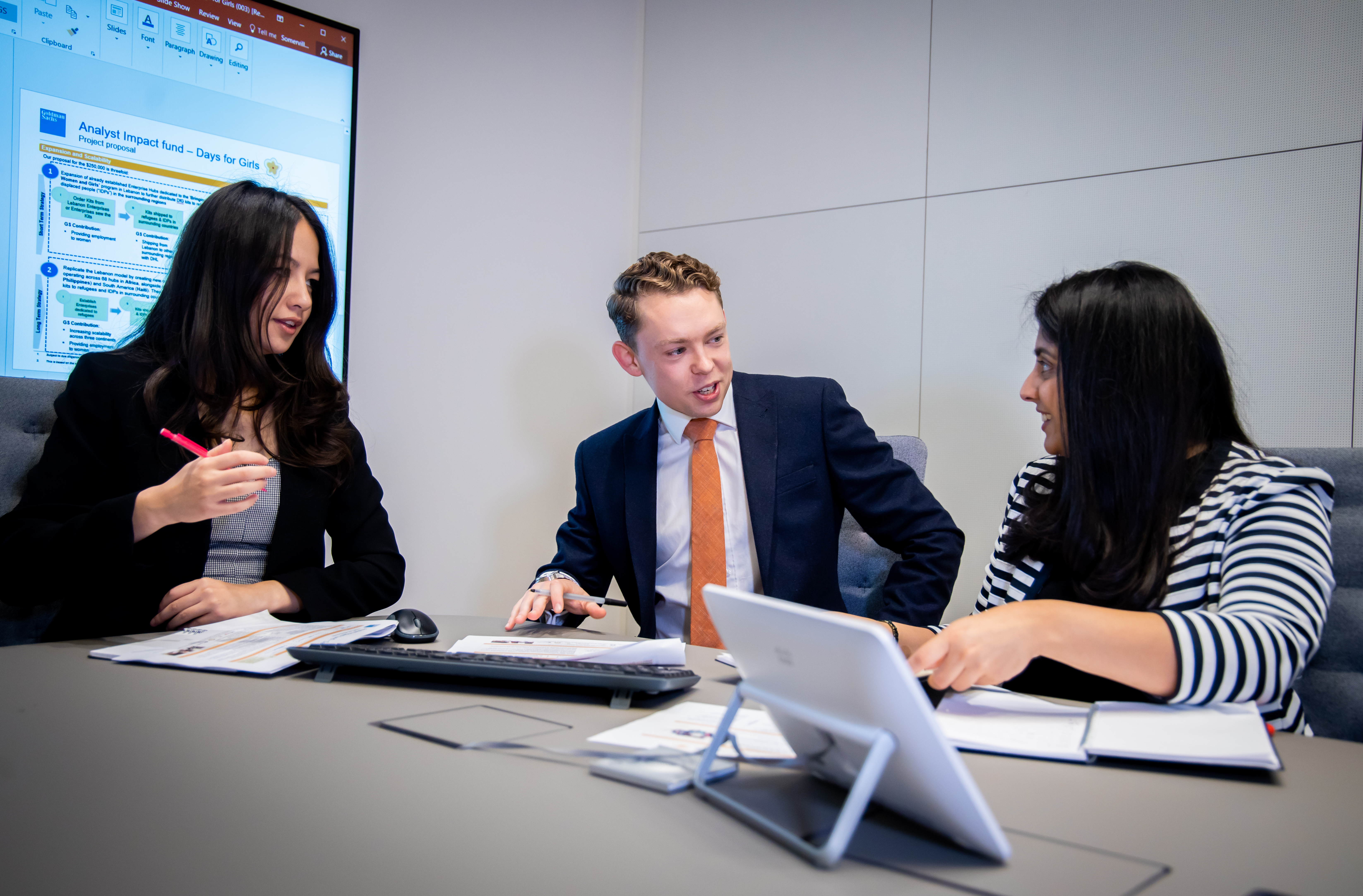 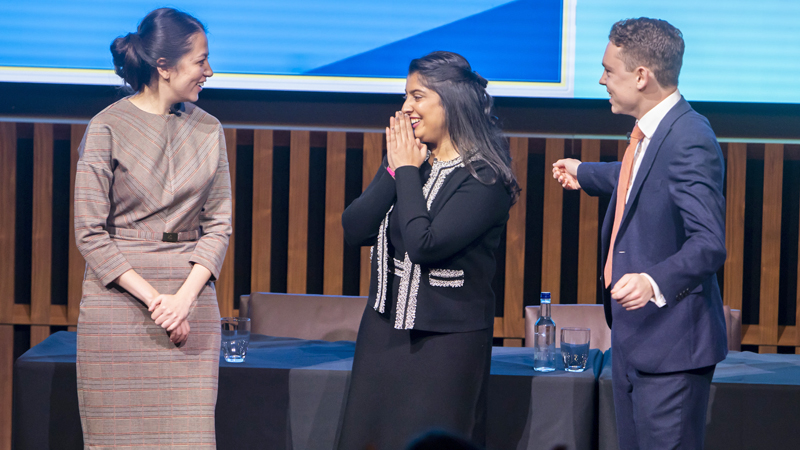