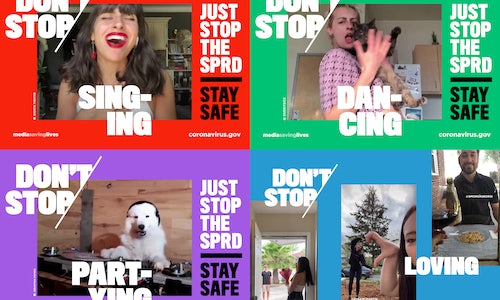 As the COVID-19 pandemic forced the need for social distancing and isolation across the country, iHeartMedia recognized that Gen Z and Millennials were naturally resistant to comply with orders coming from typical “institutional” PSAs. As potential asymptomatic carriers of the virus, young people’s sense of invincibility coupled with their active social lifestyles made their participation essential to flattening the curve and stopping the spread. In response, iHeartMedia created the MediaSavingLives coalition, bringing together youth-targeted media companies united in the cause to encourage young people to embrace their role in winning the battle against the spread of COVID-19. Knowing that traditional government messaging wouldn’t reach them, they tapped Brunet-García to develop an impactful campaign targeted to “Hard to Convert” (HTC) audiences, primarily consisting of Millennials, Gen Zers, and their influencers. Our agency rose to the challenge, donating our time and resources to this effort while overcoming our own obstacles under newly imposed remote working conditions.

Right off the bat, we knew that if we were going to make a difference, we had to speak directly to our audience - in their language and on their turf. We quickly noticed that the vast majority of COVID-related messaging from brands and organizations of all stripes was beginning to sound a lot alike. Empty streets, somber royalty-free music, and talk of “unprecedented times” weren’t going to resonate with young people being asked to sacrifice the most exciting times of their lives.

Recognizing the universal nature of the struggles we all were facing in these trying times, we collectively agreed that what those frustrated most by restrictive precautionary measures needed to hear was not yet another order to stop doing what they do, but a simple, optimistic and unexpected message–Don’t Stop. We found user-generated content of people demonstrating how they were adapting to the new normal and doing their best to ensure life goes on despite the temporary inconvenience of self-isolation. We set it to Foster The People’s aptly titled “Don’t Stop,” a recognizable, upbeat anthem with lyrics that reinforced our message, reminding everyone to keep dancing, singing, loving, celebrating, and creating while still stopping the spread by staying home.

The key to our strategy was creating an inspiring, optimistic campaign that would empower the youth to become heroes in what has become the greatest health crisis of our generation. Behind the creative, rapid yet detailed research into the Centers for Disease Control and Prevention’s most critical health messages and calls-to-action informed the comprehensive message platform that defined the campaign’s key messaging. Calls-to-action were tailored to the location, directing the audience to either Coronavirus.gov or sites with state-specific guidance, such as with the state of California.

Knowing that young people have no appetite for pandering or fake attempts at authenticity, we scoured the internet for real content from real people that exemplified the inherent optimism of our campaign. Leveraging iHeartMedia’s strong relationships within the music and entertainment industry, we recruited celebrities to share their own specially created content as well, furthering the campaign’s appeal with young people.

Because of the ever-changing environment presented by the pandemic, we knew the message had to adapt to the situation as it evolved and reflect the most current CDC guidelines. In the campaign’s second phase, scenes of people at home in isolation transitioned into demonstrations of social distancing in public as restrictions began to ease in certain parts of the country.

To be effective, this campaign required mass distribution across the nation. With the combined reach of the MediaSavingLives coalition, we were able to deliver campaign ads across a variety of formats to 87% of our target audience, utilizing our partners’ inventory of paid space that went unsold due to the pandemic. We left no stone unturned, deploying a full “In-Home & On-the-Move Platforms” strategy that penetrated every conceivable touchpoint available. The campaign entered homes via OTT, display, video, and social media placements. Our message carried across the airwaves on broadcast radio as well as through streaming radio and podcasts, and people still on the move were exposed to outdoor billboards and transit advertising in select markets.

The campaign not only reached our original goal of 1 billion impressions but exceeded it to the tune of over 50% for a total of more than 1.5 billion impressions and rising. Over 150 million Gen Z and Millennial listeners were reached an average of 6.3 times throughout the course of the campaign to date for an estimated combined media value in excess of $30 million.

We stood so firmly with the idea behind this campaign that we also encouraged our very own staff to “Don’t Stop”, sharing their activities and passion on B|G’s social media pages as an internal engagement campaign. 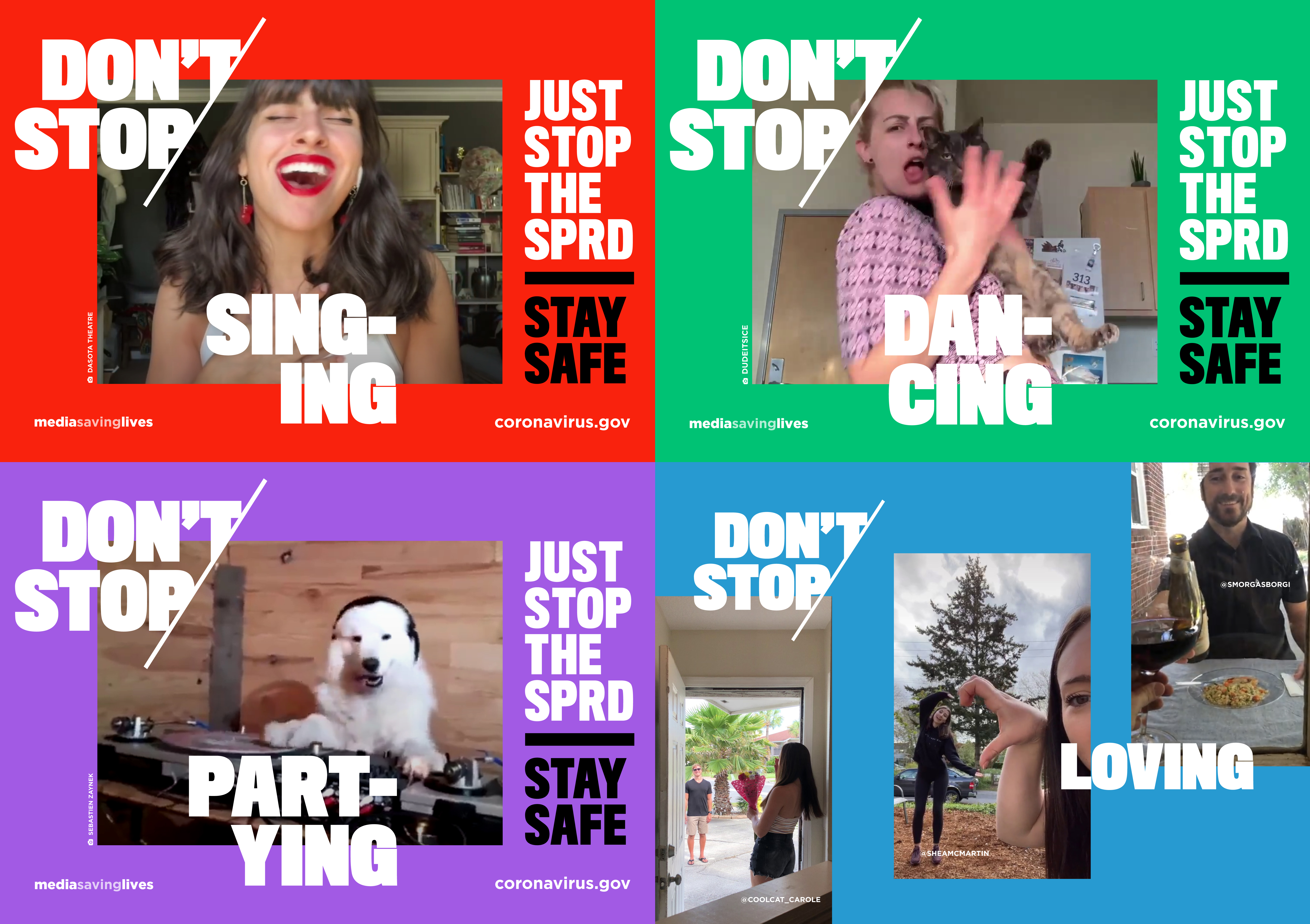 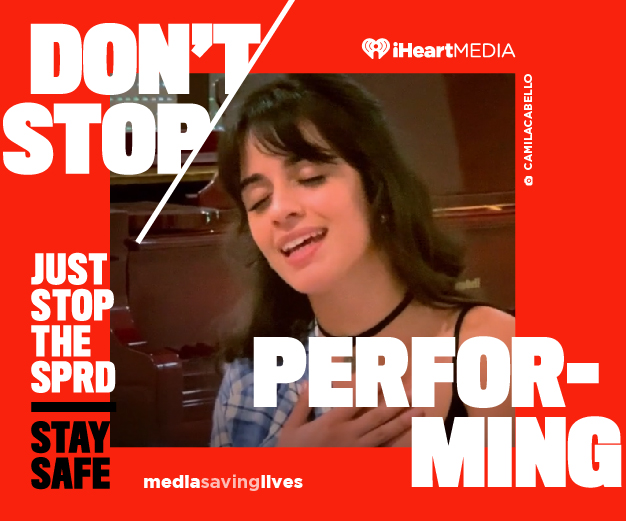 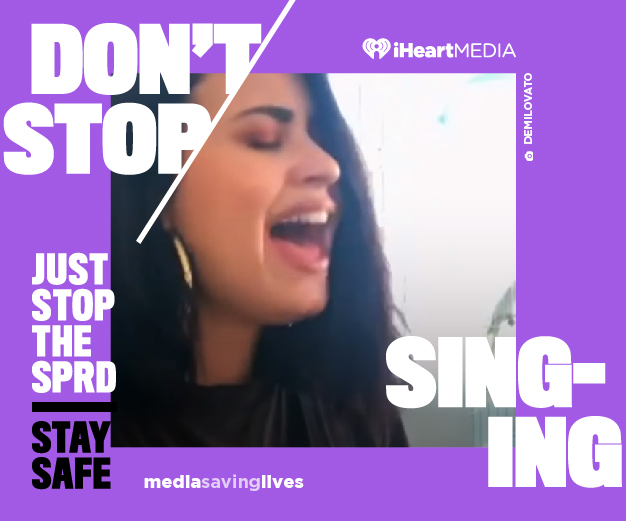 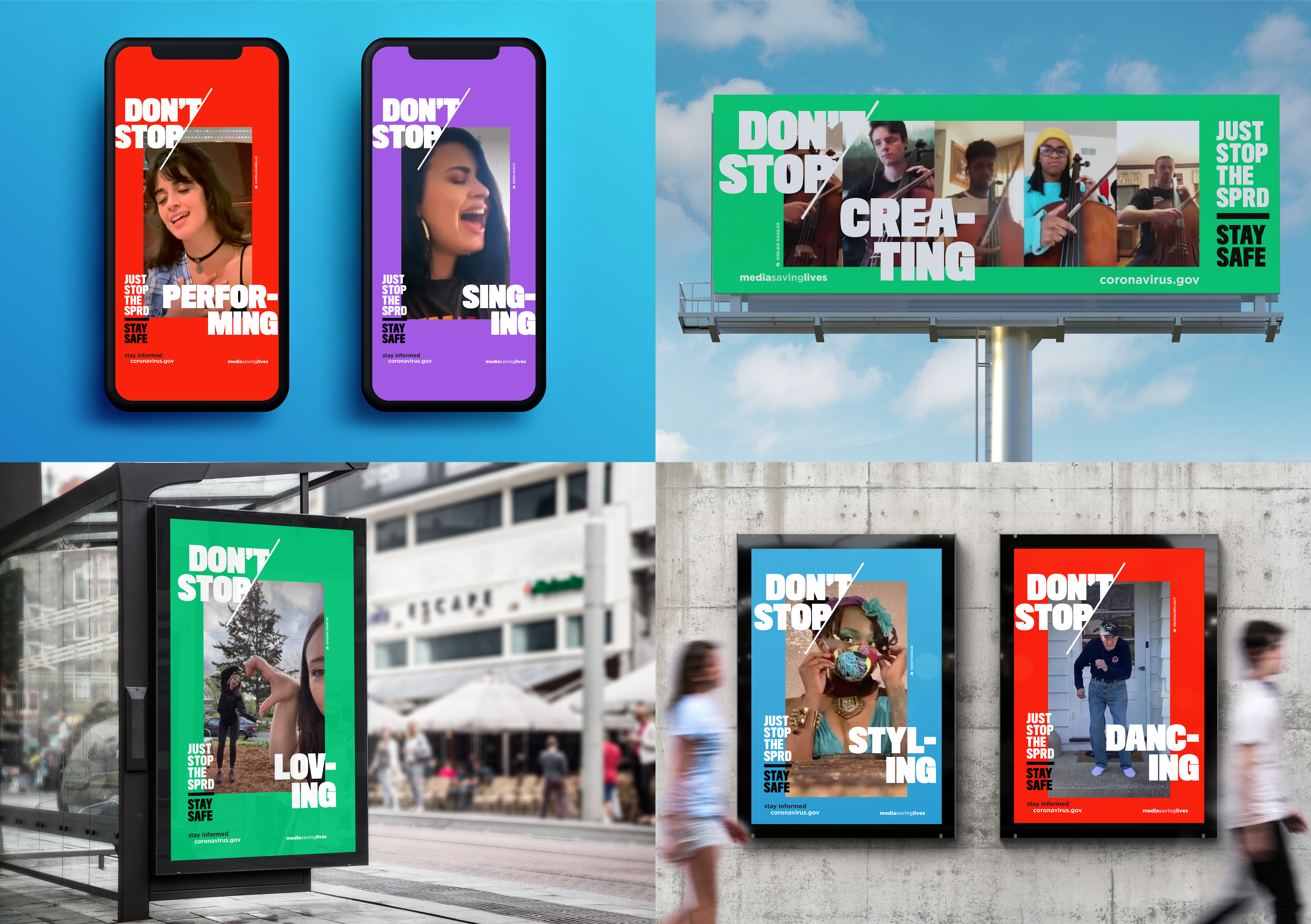