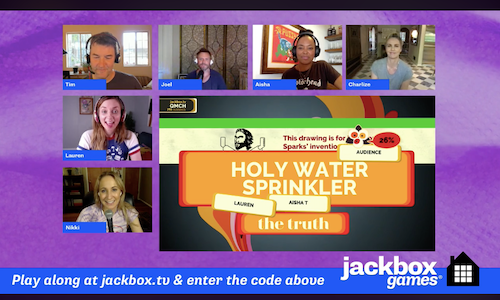 Jackbox Games was looking for a way to engage its fans across the world during these unique and trying times due to the COVID-19 outbreak.  They saw an opportunity to not only entertain their audience while social distancing at home but also help raise money and awareness for a number of amazing organizations helping to combat everyday challenges and effects of this global pandemic.  Telescope Inc., Mission Control Media and 3 Arts Entertainment partnered with Jackbox Games to help power a ten-episode live stream series featuring a variety of famous guests and well-known celebrities playing along together from the comfort and safety of each of their own homes.  Fans were encouraged to take a moment to tune-in, play-along, have a few laughs and hopefully donate to a number of great causes.

Celebrity Jackbox: Games & Giving livestreamed a new episode each Tuesday and Friday throughout May and June of 2020. Each episode streamed simultaneously across multiple Jackbox social pages including Twitch, YouTube, Facebook, and Mixer reaching their broad social audience and capitalizing on their ability to reach the maximum number of fans to help raise awareness of various nonprofit organizations during these unprecedented times. Each episode featured a different charitable organization, giving us the opportunity to shine a spotlight on and support not just one nonprofit charity, but many throughout the weeks. Organization speakers were brought into the live stream each episode, giving them a platform to raise awareness and talk further about the specifics of their charity and its goals. Video segments and images from the organizations were also shared and integrated into the live stream during the interview which allowed viewers to get a further glimpse into that specific charity’s work. Some examples of the nonprofit charities we supported and raised donations for were Save the Children, World Central Kitchen, Direct Relief, International Rescue Committee, and many more.

Jackbox Games made a $100,000 donation to each featured organization each week, totaling to one million dollars in donations by the end of the series. To encourage viewers at home to donate, we included a donation call to action featuring the organization’s link within the custom graphics which appeared throughout the stream. In order to create buzz around the experience and keep the experience fresh, we featured a wide variety of celebrities that varied episode to episode.  In return, the fans turned out each week to see who was featured and play along with a brand-new set of games and questions.  Many of the featured celebrities took to social media prior to the episode to help bring awareness to the livestream as well as the charity featured, inviting their personal fans to join them for a fun game night in.

Telescope provided full remote production services allowing the guests and host to participate from the safety of their homes. Operators maintained close communication with the host throughout the entirety of each stream via earpieces and remote teleprompters to ensure seamless shows. To engage viewers, real-time comments were pulled from the stream where fans were given shout outs on air via the host, allowing viewers to enjoy a moment of recognition and see the live reactions from their favorite celebrities. Furthermore, to enrich the at-home audience interactivity, viewers had the opportunity to participate and join in on the fun by simply entering an onscreen code to Jackbox Games site and help influence the outcome of the game by voting for their favorite celebrity answer each round. Celebrity Jackbox: Games & Giving allowed viewers to play along, listen to humorous interactions among their favorite celebrities, and donate to great causes all from the comfort of their own home.

Amidst this unprecedented time, at-home audiences were able to enjoy a variety of Jackbox Games and look forward to new live streams twice a week featuring new games and different collections of celebrities. Many viewers commented during the live stream and took to other social platforms such as Twitter to thank Celebrity Jackbox: Games & Giving for a great time as well as for raising awareness for such deserving causes each week. On top of the $1,000,000 in donations made by Jackbox Games, viewer stepped up and met the challenge of donating additional funds to the featured charities during each episode, making an even greater impact and further supporting nonprofit organizations working to combat pandemic-related challenges 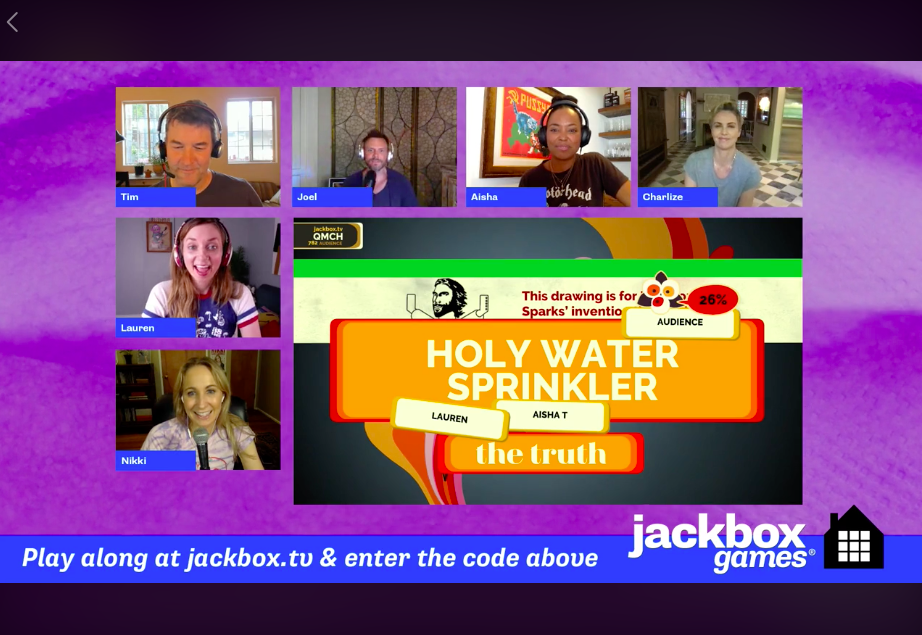 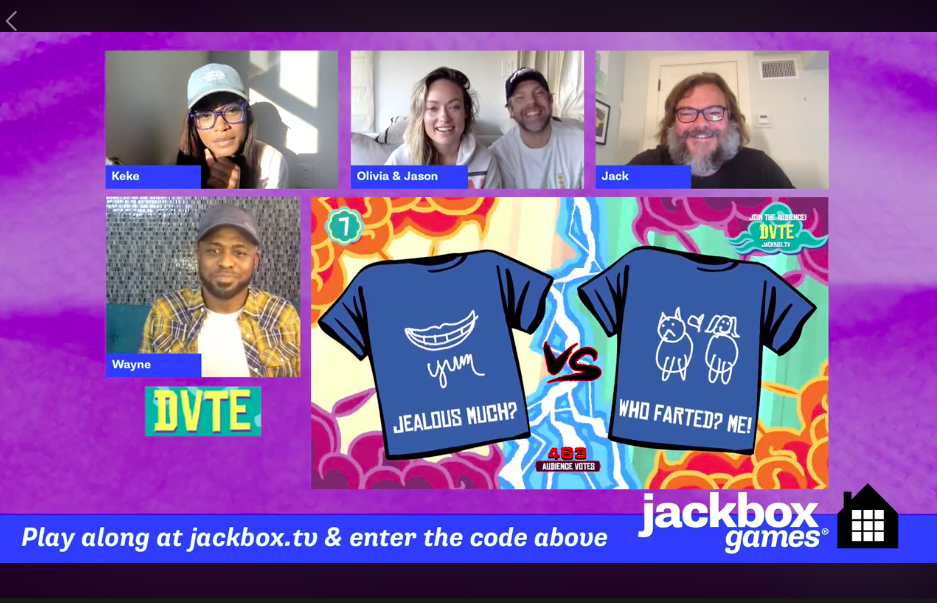 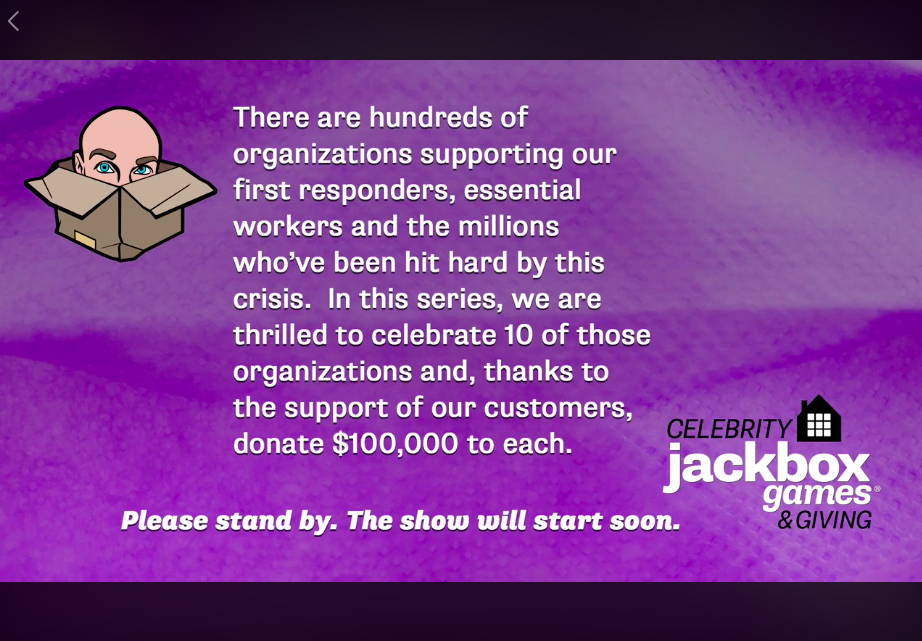 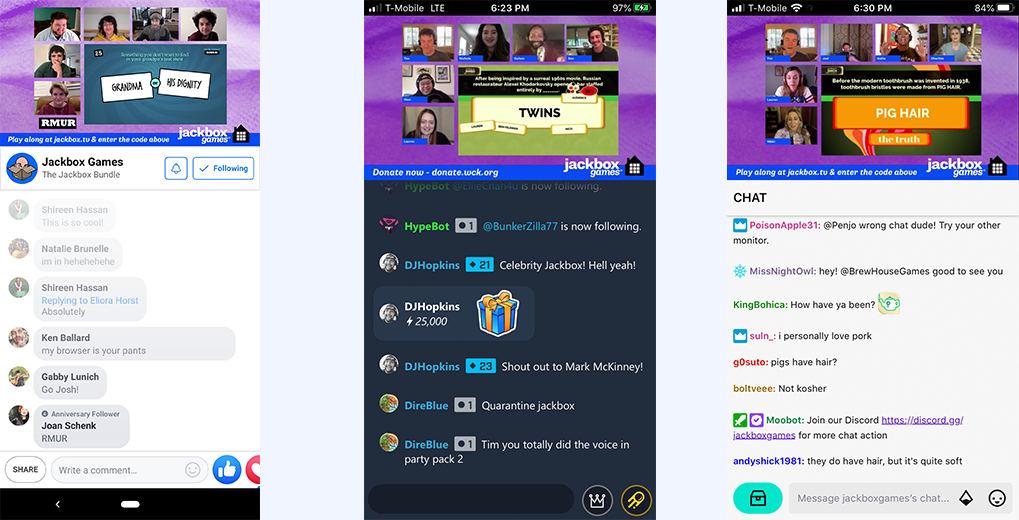 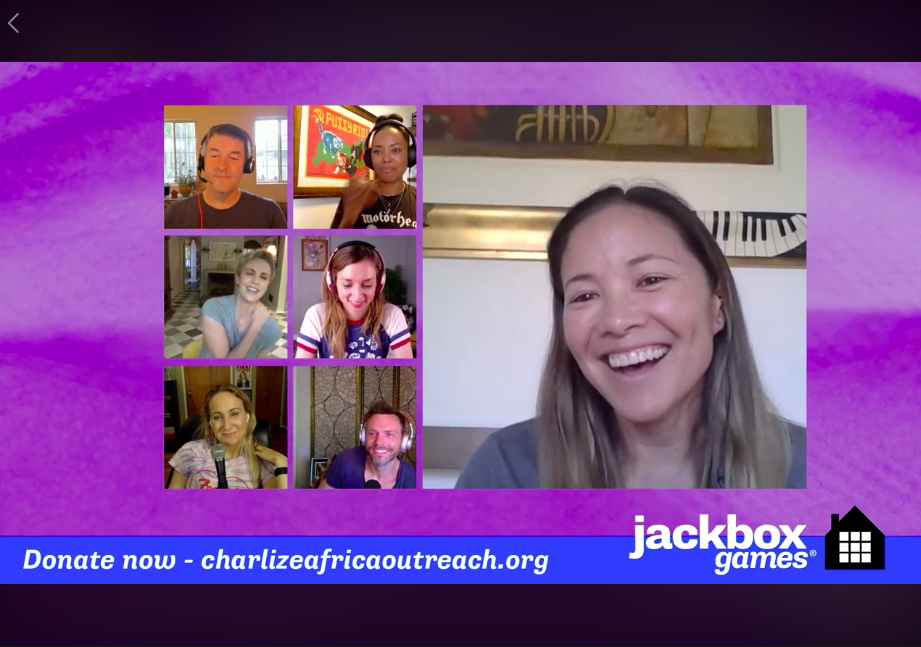 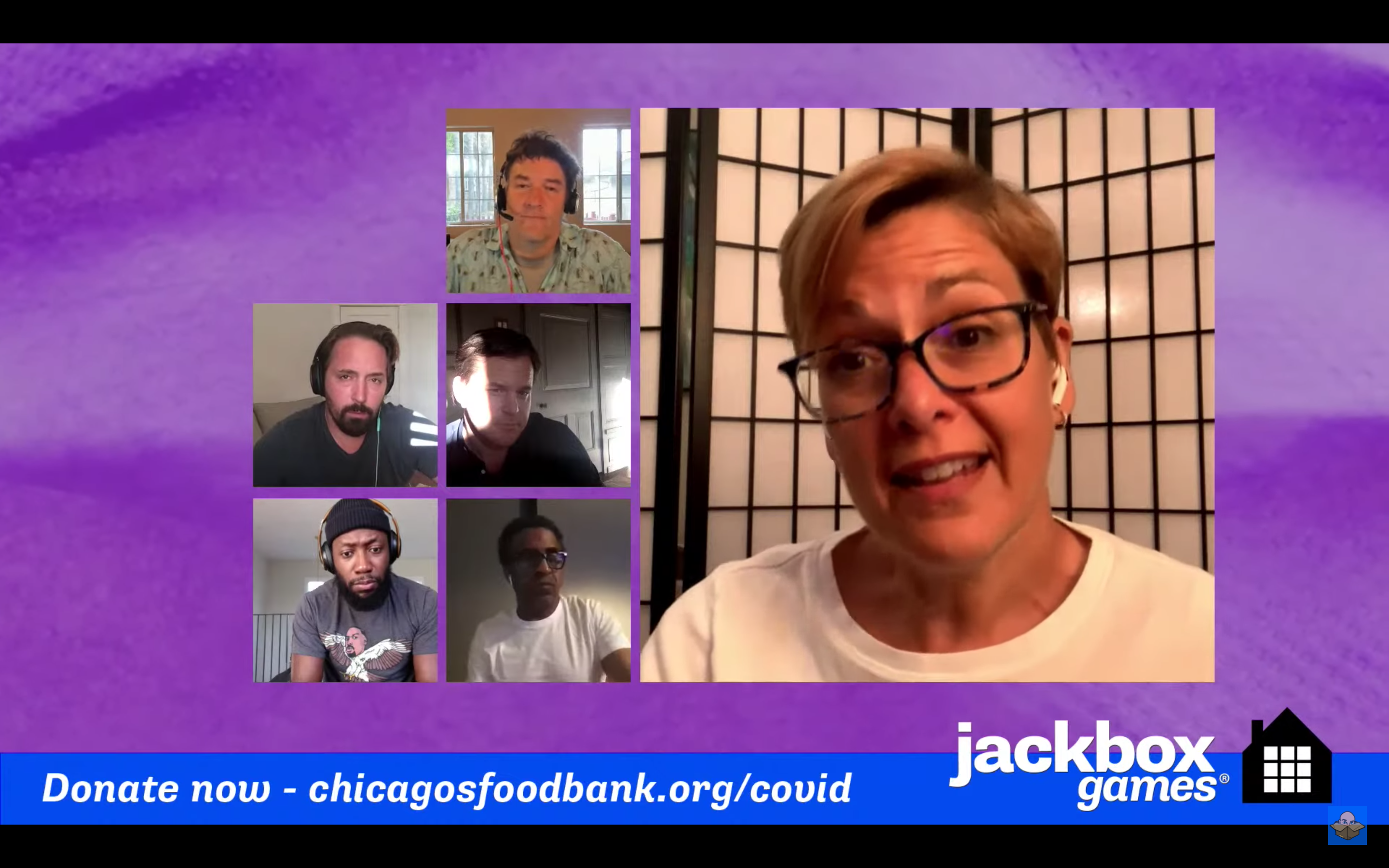