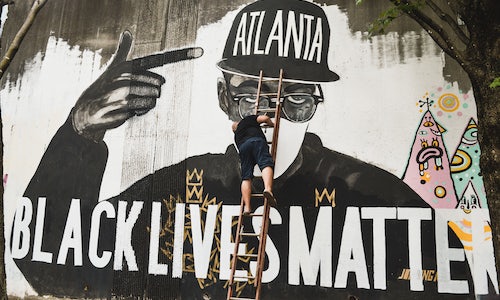 Gold Distinction in On a Shoestring

TO ENCOURAGE OUR MOST VULNERABLE TO COVER UP AND WEAR MASKS TO PROTECT THEMSELVES AND THEIR COMMUNITIES.

At the onset of the pandemic, it became clear that COVID-19 was disproportionately affecting Black and Latinx communities across the country, further emphasizing and exacerbating the racial inequalities within the United States. More exposure due to essential jobs, underlying health risks, access, lack of information, and resources were all contributing to a larger risk for African Americans. In Atlanta’s southwest and southeast neighborhoods, the disparity became more apparent every week.

Outside of the situational and physical risks, we discovered an additional challenge - the single, most important act the world was being told to do, was not easy for people of color. There was a reluctance to covering up that’s been ingrained in Black people (especially Black men) their entire lives in fear of being profiled. This harsh reality continued to be perpetrated during the pandemic and time of civil and social injustice.

No one was speaking to this important audience and they were continuing to mistrust and disregard. We sought to change the perception of mask-wearing within the most at-risk communities and become a trusted source of information, thereby shifting behavior for the greater good.

We needed a message that would speak to this audience in a different way than what they were hearing and seeing on traditional news media. The idea needed to come within, from people and sources they could trust, that would rally them together to fight as a community.

Atlanta is known for its connection to Black culture and one of the most recognizable pieces of that culture is the city’s street art scene. Art became our form of communication. Chemistry and COVID-prevention initiative, Big Facts Small Acts developed a grassroots initiative centered around imagery, using powerful visual reminders to communicate the importance of masks and social distancing with our audience.

During Atlanta’s wave of civil protests, we partnered with Atlanta street artists to “deface” their most iconic murals, adding large vinyl masks and messages of survival and hope to their work.

All around Atlanta, well-known local artists covered their own murals by adding face masks to iconic images of Martin Luther King Jr., Colin Kaepernick, Bob Marley, and others, in an effort to remind people to wear their masks while protesting and surviving. The murals served as daily, larger-than-life reminders while not coming off as technical, judgmental or preachy. Artists intentionally utilized removable vinyl to reiterate the temporary nature of the pandemic and were encouraged to add their own authentic messages to each piece.

Along with signage and murals, efforts around the campaign also focused on the creation and distribution of social media content with daily reminders around how to #CoverOurCommunity. Chemistry also created, sold, and donated masks bearing targeted, impactful messages like “Just Trying to Stay Alive While Black, “Abre Su Boca, Pero Cubrela” (Open your Mouth, But Cover It), “Mask Up, Don’t Shut Up.”

Usually, when a mural is defaced, it denotes an act of aggression, but we shifted it to become an act of public service. Overall, the campaign transformed an unavoidable reality into a powerful reminder and rallying cry by using the power of art in the community to put a message in a different context that connected with our audience in a way no one was reaching them.

This idea spoke for itself and caught on quickly throughout the community. After initial installations, the mural campaign began to take on a life of its own, gaining traction in the Atlanta Art community and support from local news before expanding out to other heavily impacted cities.

While we made a significant local impact, the press coverage of the efforts helped us extend even further, becoming a national news story featured on CNN, NPR, YouTube’s Wear a Mask PSA, and more.

Overall, the effort garnered over 115 Million Impressions (and that’s not including the impression we made on the people walking by the murals on a daily basis). 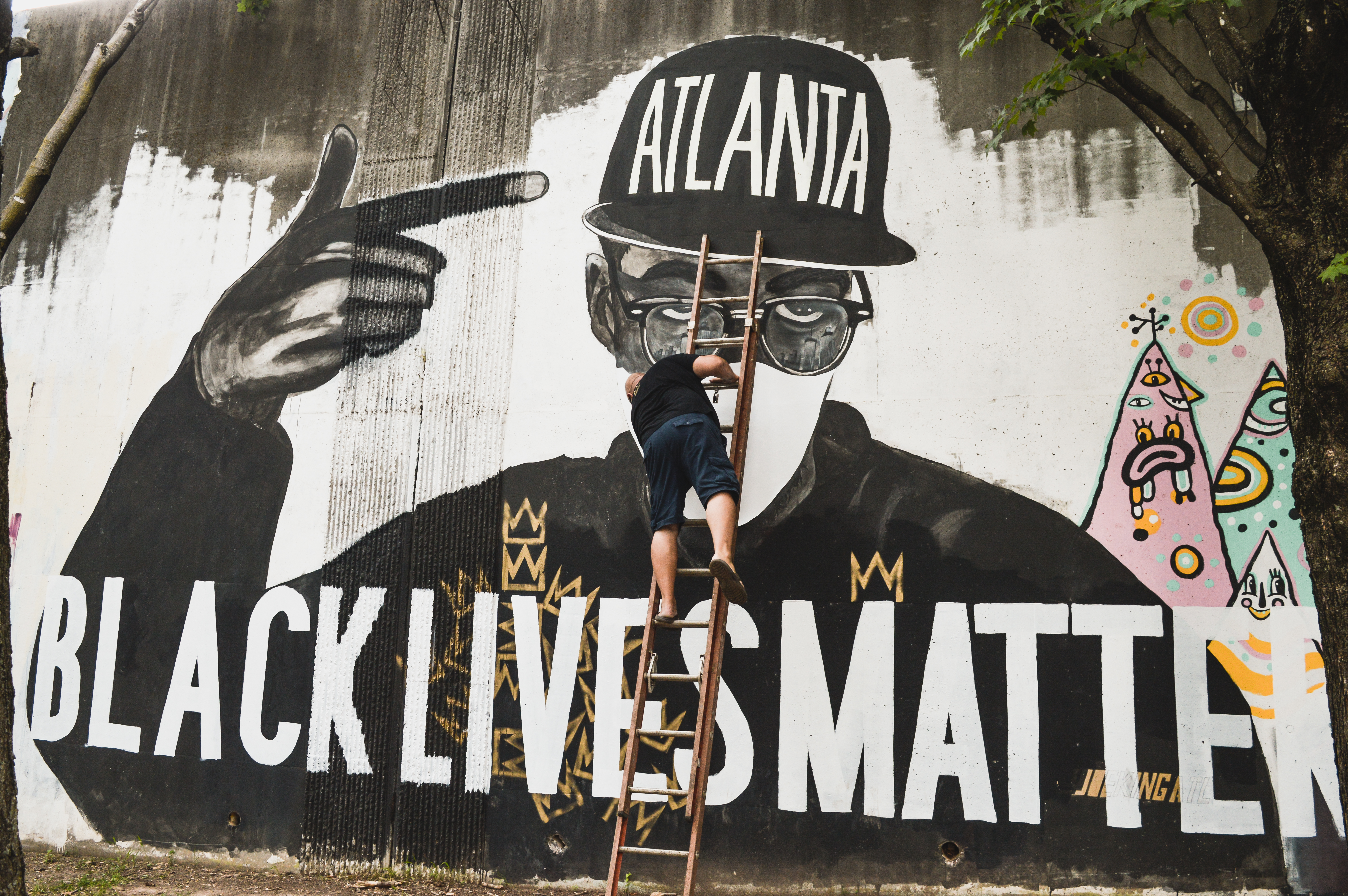 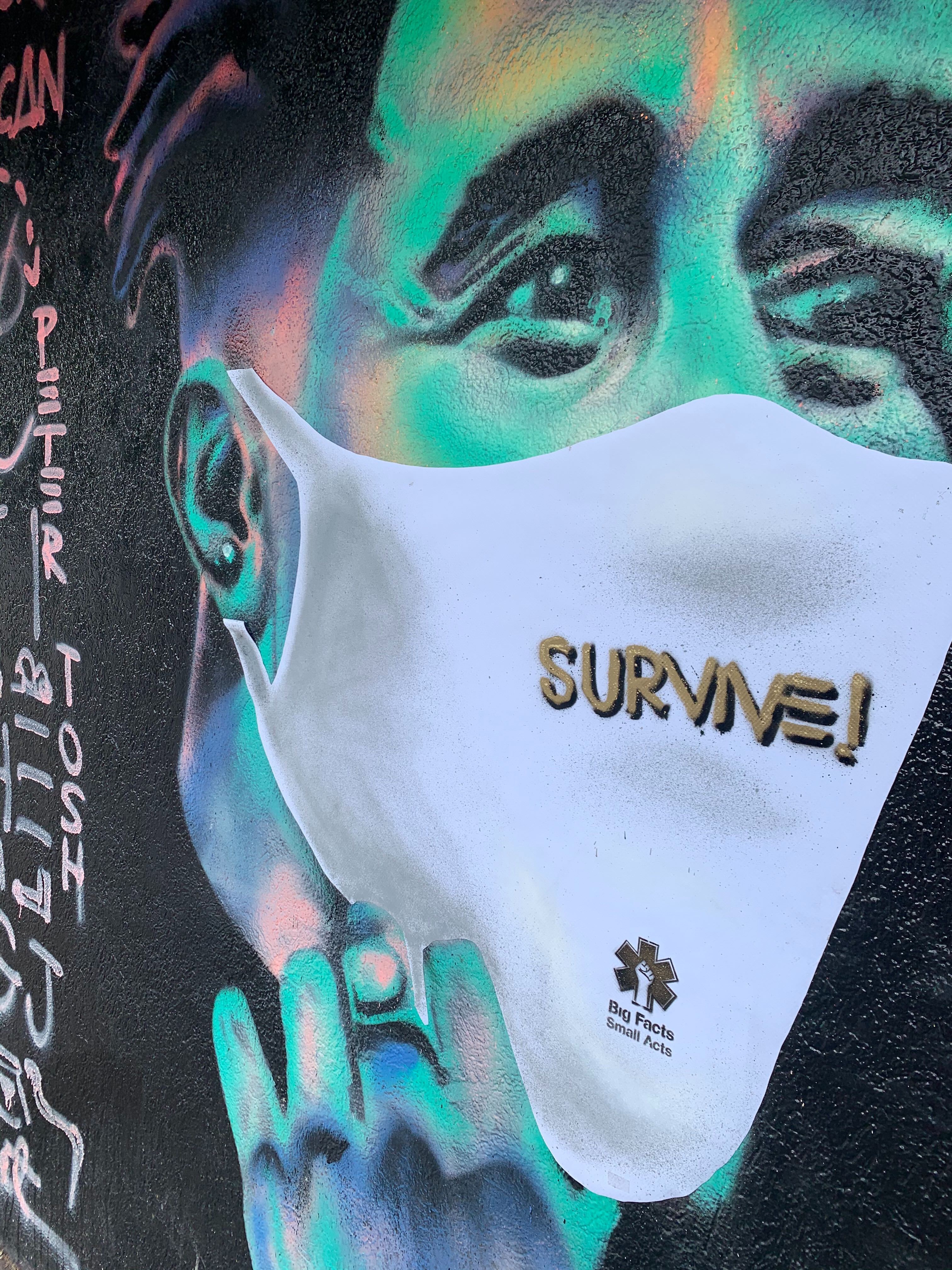