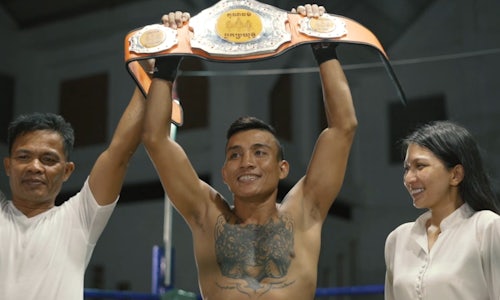 Be an Honorable Warrior: A campaign to end domestic violence in Cambodia

Our strategy was to overcome the limitations of a three-person team and $4,500 budget by creating a culturally resonant campaign powerful enough to "punch above its weight", achieve national impact through social media virality, and enlist men to oppose domestic violence.

The 16-day campaign tapped into Cambodia's pride in the ancient Khmer Empire, embodied in the proverb, "Cambodians carry the blood of warriors in their veins". We reclaimed this proverb, adding emphasis on honour, arguing that the Empire was built by "Honourable Warriors" who protected the vulnerable. This lost tradition was rediscovered, distilled into our slogan #BeAnHonourableWarrior. It resonated and was discussed in newspaper features.

Our leading Honourable Warrior was Chan Rothana, Cambodia's most beloved sportsman and revered Kun Khmer boxing champion. We created a short film showing an excited crowd waiting to see Rothana compete, only to be shocked by a twist - his opponent is revealed as a trembling, frightened woman. The audience turns away, horrified until Rothana pulls off his boxing gloves and helps the woman. He's then awarded our specially-commissioned "Honourable Warrior" title belt.

We urged viewers to:

We used social media tools such as Facebook frames featuring our iconic belt to build momentum and visibility and amplified the campaign through endorsements from Cambodians influential among men, including Chan Rothana, footballer Thierry Bin, singer Vuthea, and rapper Reezy. They posed with the belt, delivered powerful messages of support and shared them with their predominantly male fanbases.

​Objective 2: Confront men who use violence

Video for Be an Honorable Warrior: A campaign to end domestic violence in Cambodia 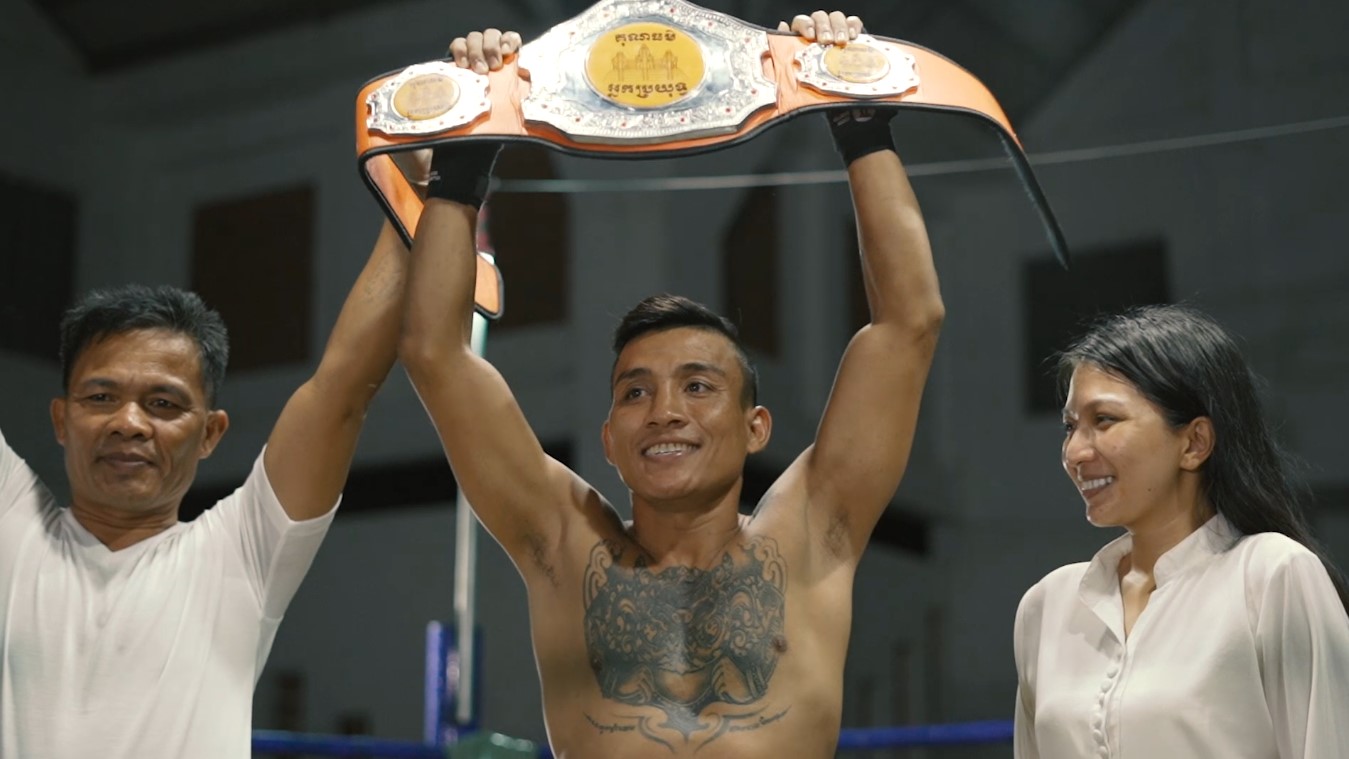 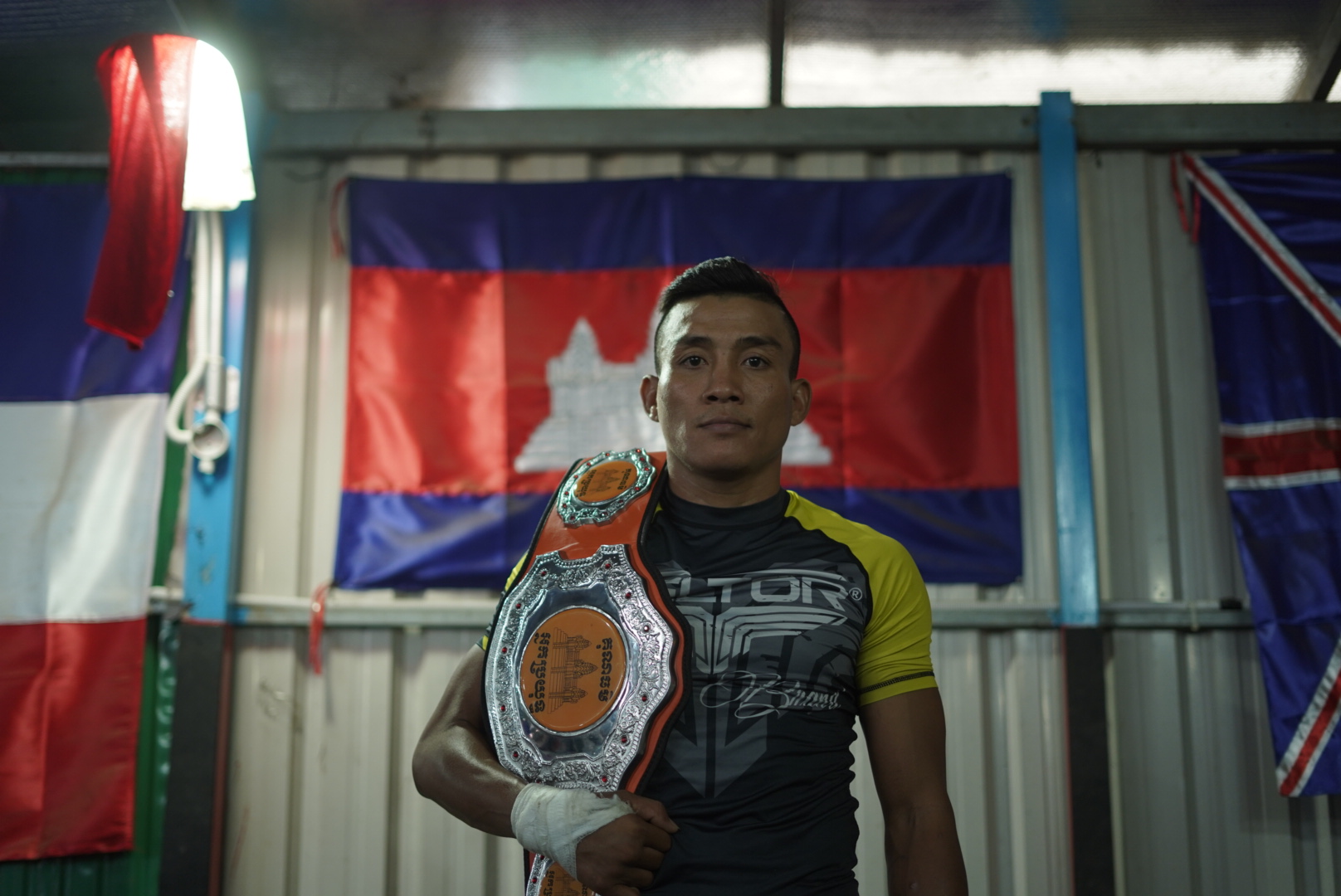 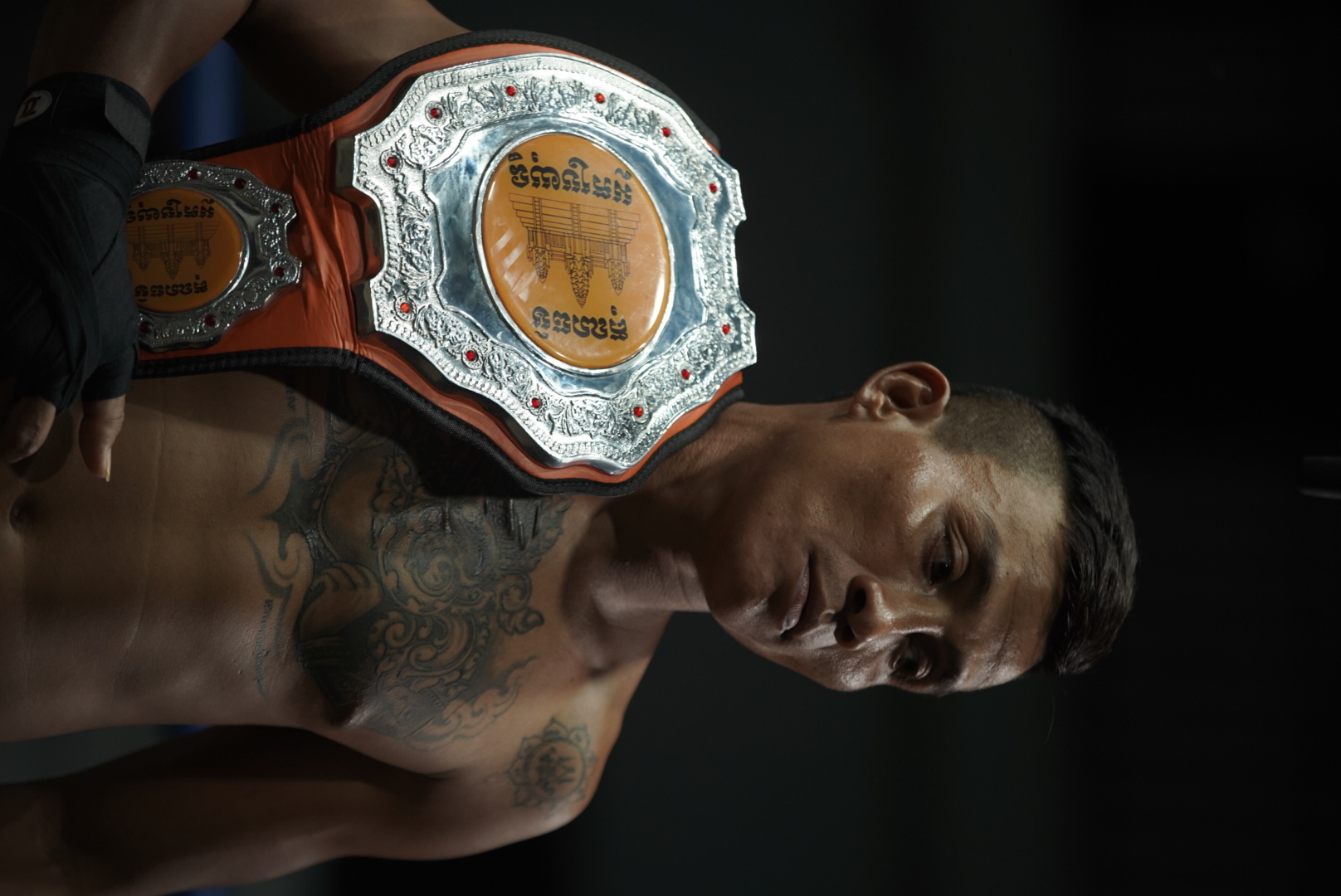 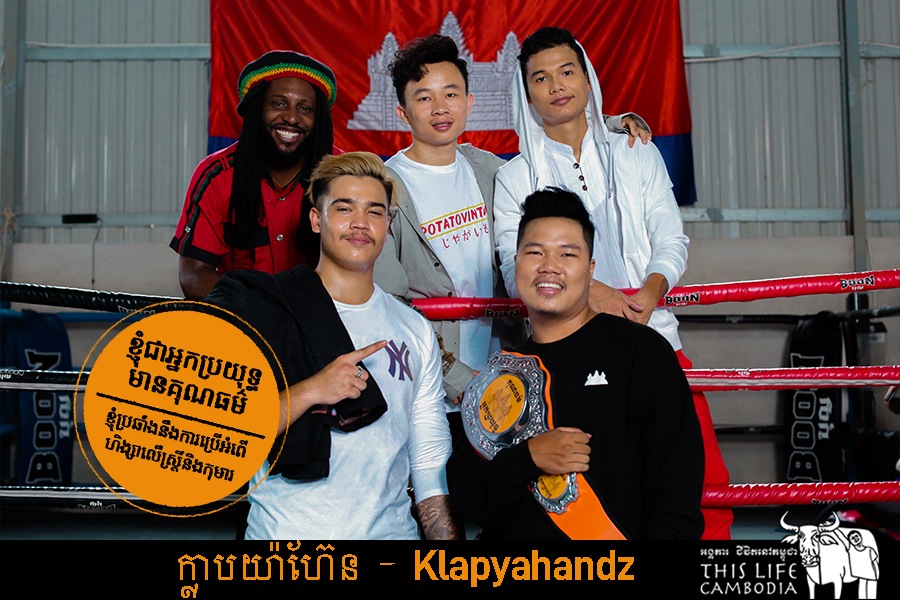 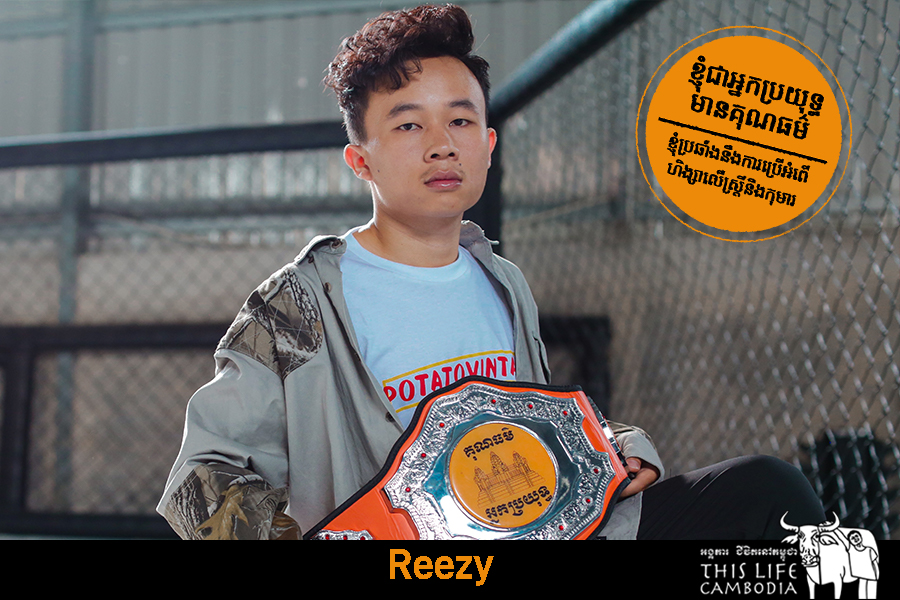 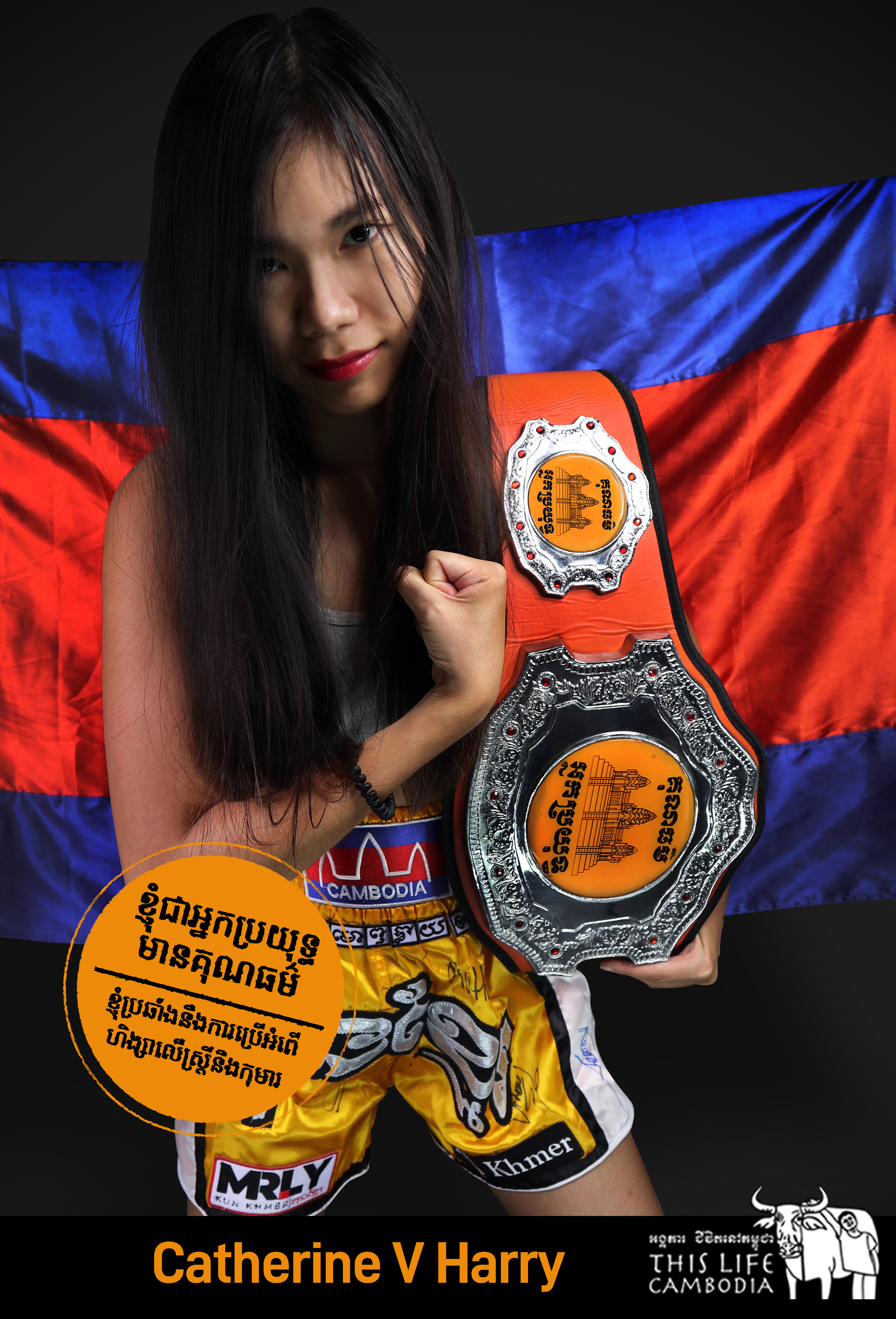