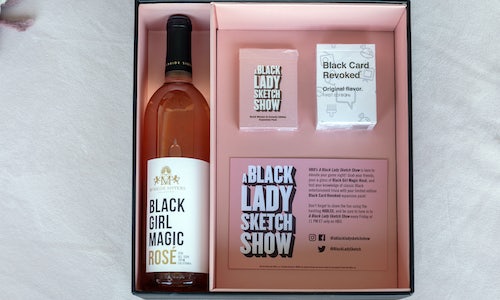 To launch HBO’s ground-breaking, new sketch comedy series, A Black Lady Sketch Show, executive produced by Robin Thede and Issa Rae, HBO partnered with Black Card Revoked and the McBride Sisters for a one-of-a-kind “Game Nights & Screenings” event, in the key markets of Atlanta and New York. The experiential events were amplified by an influencer seeding program that allowed fans, outside the visited markets, to throw an in-home experiential event of their own -- keeping the momentum going post premiere of the show.

The goal of the activations was to immerse target consumers into the series through influencer and celebrity partnerships that touch on the themes of the series -- sparking conversation and driving tune-in. The overall strategy was to develop a cohesive campaign that introduced viewers to the world of sketch comedy, from the Black woman’s perspective -- for the first time ever. The campaign highlighted the relatability and personalities of the show, engaged target audiences with highly-shareable content and amplified content via influencer and celebrity partnerships.

Created in partnership with Latesha Williams, co-founder of the hit American Black Culture trivia game “Black Card Revoked,” the limited-edition Black Women in Comedy Expansion Pack drew inspiration from the series by honing in on the show’s themes, stars and celebrity appearances. The round of 10 cards proved to not only be engaging, hilarious and informative, but also a perfect way to start the evening and segue into the highly-anticipated screening.

Prior to the screening of the first episode at the New York activation, Robin Thede made a surprise appearance, welcoming the crowd and setting the stage for a lively viewing experience. The energy in the room remained high as guests laughed and enjoyed the first episode. Before leaving for the night, guests received a custom box set of the Expansion Pack and Original version of Black Card Revoked.

Building on the theme of the screening activations, the final element of the campaign was a curated capsule collection featuring the perfect items for a Game Night and A Black Lady Sketch Show Screening with friends.