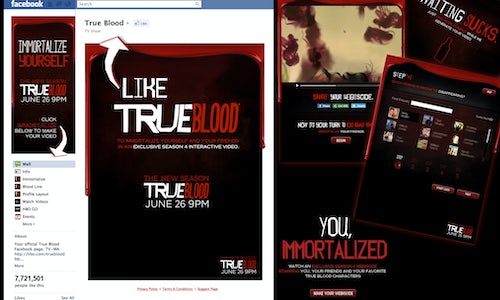 HBO tasked Definition 6 to create a unique promotional event for the Season Four Premiere of “True Blood." They wanted to reward their loyal fan-base with previews and teaser content for the upcoming season. Thus, we created the “Immortalize Yourself" Facebook Application. With an original script, HBO enabled its Facebook fans to insert themselves and friends in a video to share through social media. Fans were able to immerse themselves into the plotline, creating a unique interactive experience. The cast and crew filmed the script with placeholders and tracking points for the personalized elements or “gags" to be filled in later. Once the footage was edited, sample data for typical users was pulled in, including pictures, names, and hometowns, for both the user and friends. On launch, it was made the top application on the True Blood Facebook page (which had nearly 8 Million fans at the time, on Twitter they had close to 300,000 Followers), with custom promotional images for the experience inserted to take the place of their normal profile picture. It was then promoted via their Facebook and Twitter feeds to their fans as their opportunity to IMMORTALIZE THEMSELVES as a part of True Blood. Several posts were done over a period of days and weeks leading up to the airing of the Season 4 premiere. And given the passion of the fans for the show, we had to be prepared for the fact that every time True Blood launches any digital marketing campaign their fans typically overwhelm and crash the site. We not only had to design a system to deliver this high-end and processing-intense experience with rapid and seamless performance to make it enjoyable, but we had to do so in a way that could handle the initial massive deluge of users. Upon launch and leading up the premiere the application did experience the expected massive onslaught of users, and it not only ever got overwhelmed but it delivered with blazing performance to the point many users commented on how impressive the experience was from that standpoint. The results were tremendous. Over 200,000 unique videos were created, over 2.4 million page views were recorded and over 35,000 video shares were tracked via Facebook, Twitter. The application helped to grow the Facebook fan base from its 7.6 million users to its current number of over 9 million fans, by engaging new users to the experience and getting them excited about the upcoming season. In fact, on the day of the season finale in September the app had the most visits for one day: 12,000. 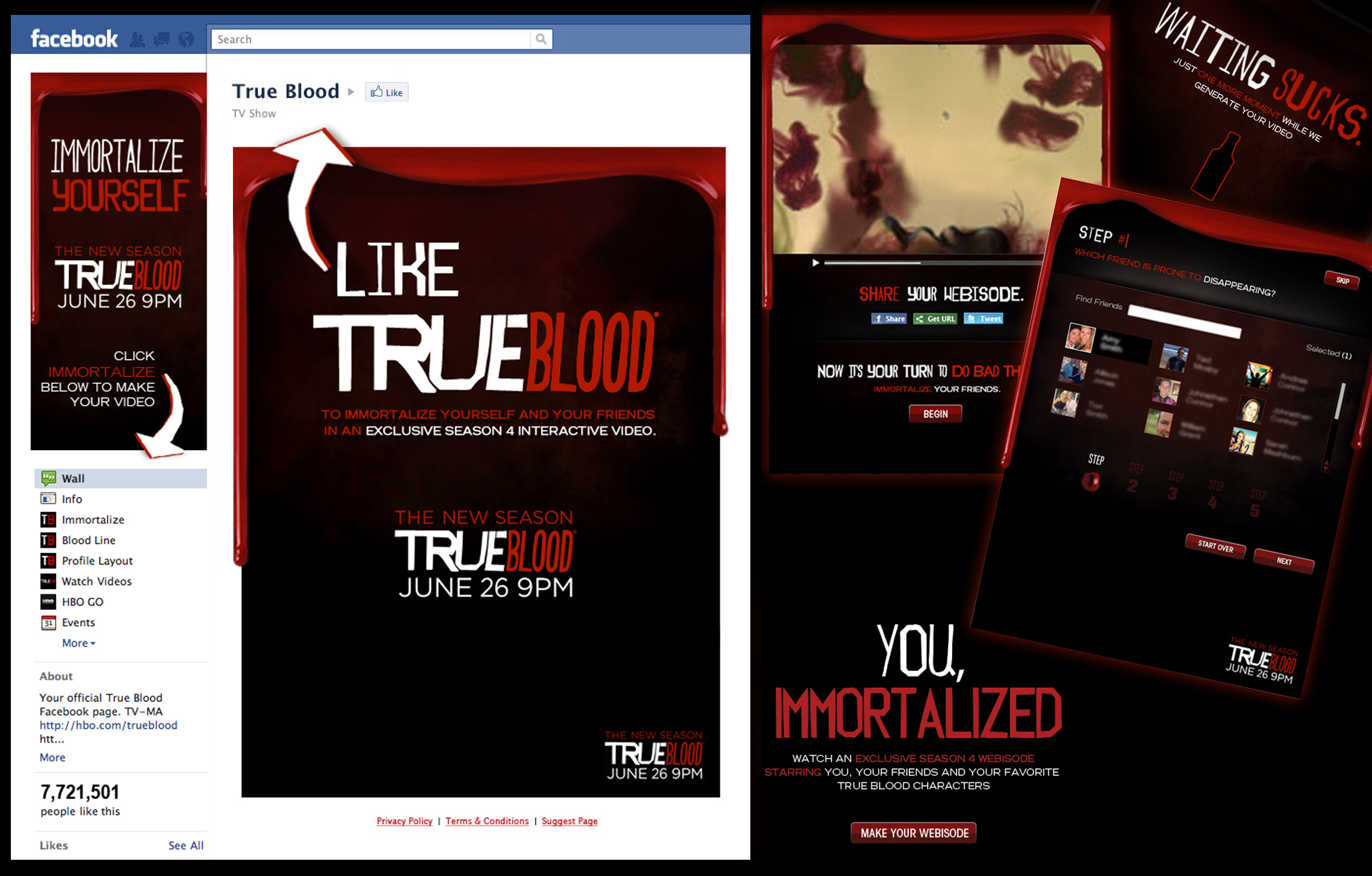