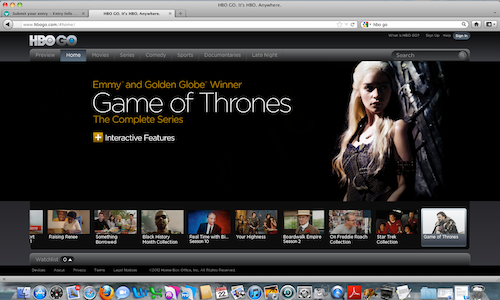 Finalist in Consumer Product or Service

With the launch of HBO GO, HBO expanded beyond traditional TV viewing formats to offer consumers more ways to engage with its unparalleled programming. The HBO GO mobile app, available on Apple’s iPad, iPhone and iPod Touch and Android smartphones, gave users instant access to HBO programming on their mobile devices, wherever and whenever they wanted. With a product that would give HBO the chance to revolutionize the way users watch television yet again, HBO had to find a way to spread this information to fans to ensure they were fully immersed in what GO could offer. With GO, HBO wouldn’t simply utilize social media; it would be social media.HBO GO offers over 1,400 titles, most in HD, including every episode of new series like Game of Thrones, current award-winning series like Boardwalk Empire and True Blood, HBO classics like The Sopranos, The Wire, Sex and the City and Deadwood, as well as HBO original films, miniseries, sports, documentaries, specials and a wide selection of blockbuster theatricals. Additional features include the ability to add titles to a personalized “Watchlist," setting a “Series Pass" that automatically adds new episodes of current series to a user’s Watchlist when they become available and an exclusive interactive viewing experience for season one of Game of Thrones and season two of Boardwalk Empire, encompassing in-viewing features only available on HBOGO.com. The Twitter profile @HBOGO fielded questions from HBO subscribers looking for new information on the service and also promoted series and movies that would be available through HBO GO. In this way, @HBOGO became a simultaneous customer service agent and marketing technique. Other HBO properties, including True Blood, Game of Thrones, and The Sopranos, became followers of @HBOGO, and vice versa, and each property tweeted to fans the launch of GO and encouraged followers to check out this new, free service with links leading to HBOGO.com and the HBO subscription page. @HBOGO tweeted updates of television service providers that supported the service and assured fans that GO technology was expanding rapidly and that they should check back often for details for the revolutionary service. On the official HBO YouTube Channel, HBO utilized the free short-form content outlet to unveil the free long-form full-content outlet they had developed in HBO GO. On Facebook, users were immediately hit with a simply designed “Welcome Tab" with a link straight to hbogo.com with “Learn More," while the Twitter follow button was featured, allowing users to get real-time information about the service and how to sign up. Also featured was a “subscribe" button, so users could be connected directly to the official GO e-newsletter that promotes all the latest programming updates. 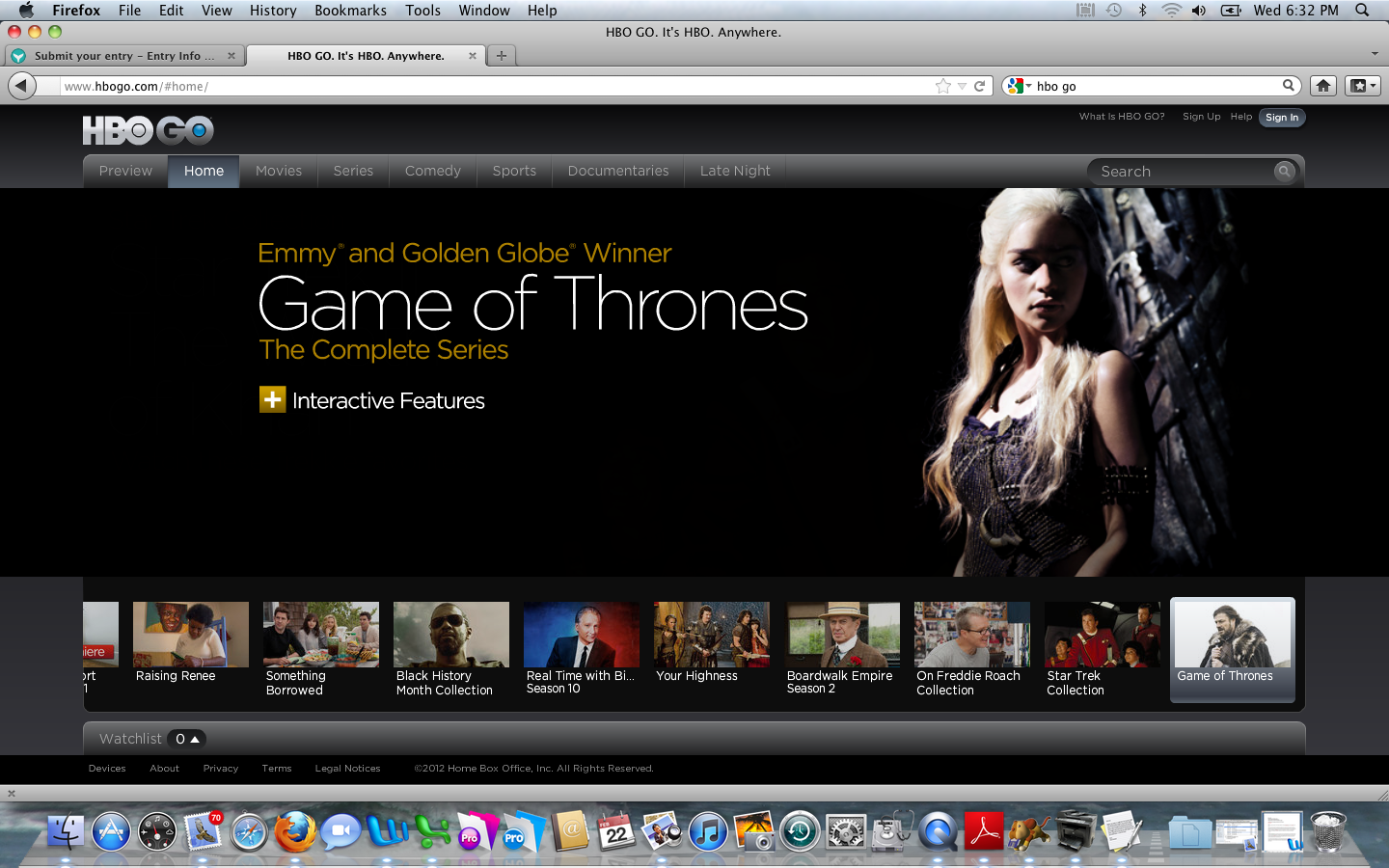