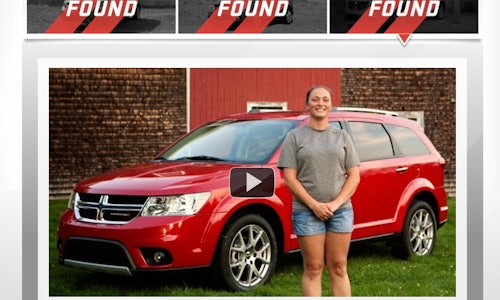 Dodge Journey: The Search Engine for the Real World

The Dodge Journey was a vehicle with an identity crisis. Digital Kitchen was approached by Wieden+Kennedy with the idea to stage a scavenger hunt, hiding three Dodge Journeys around the country. A series of T.V. commercials introduced the campaign and on Sept 10, the contest went live. Digital Kitchen crafted an integrated experience utilizing live stream video, online clues and real life challenges that inspired people to get off the couch and travel the USA in search for the hidden Dodge Journeys. With YouTube as the primary platform for communication between fans and the brand, users were able to watch live footage of the Dodge Journeys with our production assistant, Mike, leaving clues about the cars location for watchful viewers. The groundbreaking campaign brought something unique to the automotive category, an integrated YouTube and social media that inspired people to get out into the real world. And while thousands searched for the hidden Journeys, millions participated in the hunt via the YouTube.com/Dodge, making it the most successful YouTube brand channel campaign in history. Over the course of three weeks, the channel received more than 1.5 million video views on the channel, more than 300,000 views of the live stream for an average of 25 minutes amounting a total of 105,000 hours. The channel was hit with 400,000 approximated posts, and the brand collected a 910% increase in mentions. Ultimately, the contest became something about far more than just winning a car or even the lucky few who drove away with one. It inspired people to get out in the real world to experience an adventure together, reminding us that "like" being there is not like being there and getting there is more than half the fun. Check out the case study at http://thisisdk.com/work/search-engine-for-the-real-world. 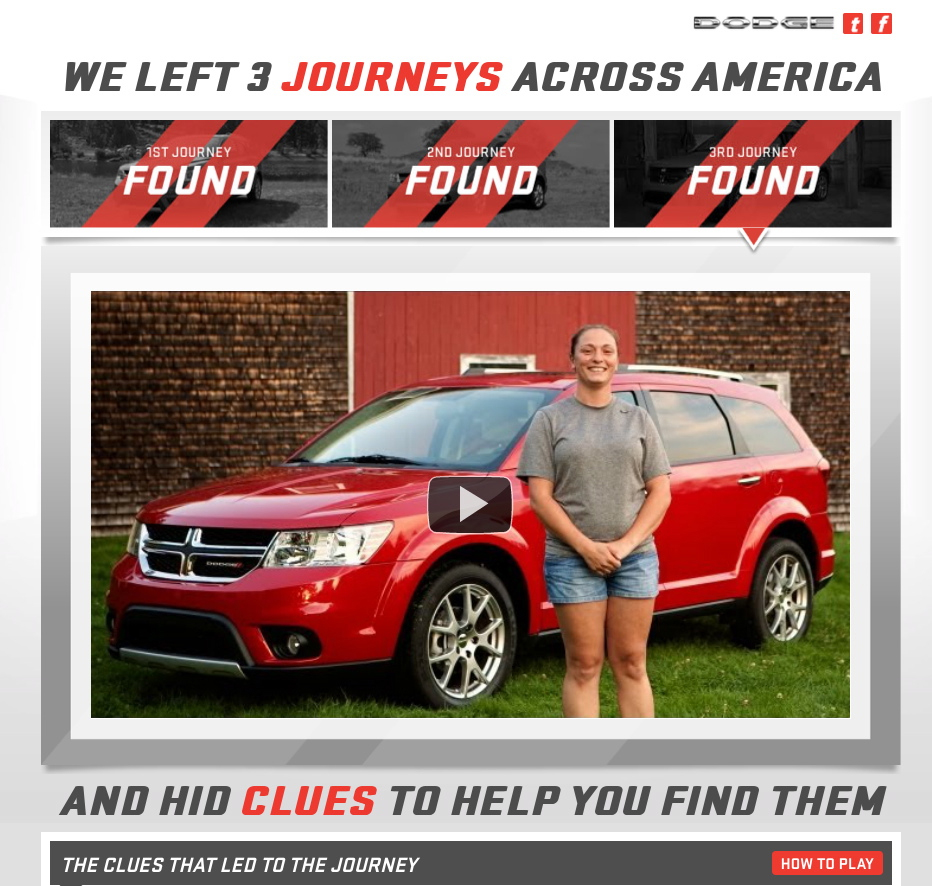