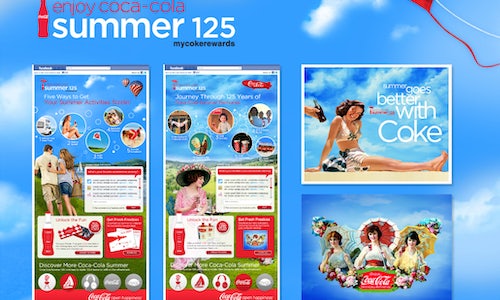 My Coke Rewards (MCR) is one of the nation’s largest loyalty programs. Coca-Cola Summer is a major initiative for the Coke brand. We celebrated the 125th Coca-Cola summer by creating a fun and rewarding experience for My Coke Rewards fans — giving them the VIP treatment. My Coke Rewards Coca-Cola Summer Program Objectives: • Create a campaign for My Coke Rewards fans that reflects the Coca-Cola Summer Program, yet acts as a unique component of our social channels while maximizing engagement and positive sentiment. • Provide fans with a rich, shareable experience that has pass-along value and reinforces the sentiment that My Coke Rewards is a fun and engaging program. • Reward fans with exclusive content, prizes and activities that reinforces how Coca-Cola Summer is more fun and rewarding with My Coke Rewards.This was the largest effort of its kind for My Coke Rewards and had unprecedented success within the program’s social channels. The campaign started with a teaser theme consisting of seven visual posts, each representing a sign of summer, to generate awareness and buzz. The core of the Coca-Cola Summer 125 experience resided within a canvas application on Facebook. Certain elements on the canvas changed, which provided a dynamic experience while maintaining fan engagement. Post visuals added value and rewarded our fans in their news feeds with fun and unexpected content like recipes and wallpapers. The My Coke Rewards Facebook wall acted as a natural extension of the campaign, that set the mood and drove fans to the canvas. Weekly posts drove fans to interact with specific elements on the Coca-Cola Summer 125 canvas while generating in-wall engagement and positive chatter. Fans were rewarded with exclusive offers to encourage point spend. To become available, these deals required 1,250 new fans to join the page, which encouraged sharing and fan acquisition. This strategy resulted in 3,625,101 total wall-post impressions and 136,647 total tab views. Free downloads and exclusive offers drove fan acquisition, canvas engagement and content sharing. Seventy percent of canvas visits were unique, and eight percent of all visitors commented on the canvas. Canvas visits spiked on days when wall posts mentioned unlocking and unlocked rewards. These eight days collectively accounted for 35 percent of all canvas traffic. Unlocking and free-download posts had the highest performances, with an engagement rate 27 percent higher on average than all other Coca-Cola Summer posts. These resulted in a total of 729 downloads, 2,217 reward views and 435 clicks on “locked" rewards. In addition to driving engagement and visits to the canvas, teaser posts drove a spike in shares. These shares were a direct response to the call to action for fans to spread the word to unlock rewards. Fans contributed 547 total shares, which translated to a 71,110 share reach (Facebook users have an average of 130 friends). Varying themes, calls to action and a strategic content cadence led to sustained activity throughout the campaign, netting an average of nearly two minutes spent on the canvas. Feedback rates from wall posts remained consistent throughout the campaign and even spiked toward the end. Positive chatter in August was at its highest since the establishment of the program. 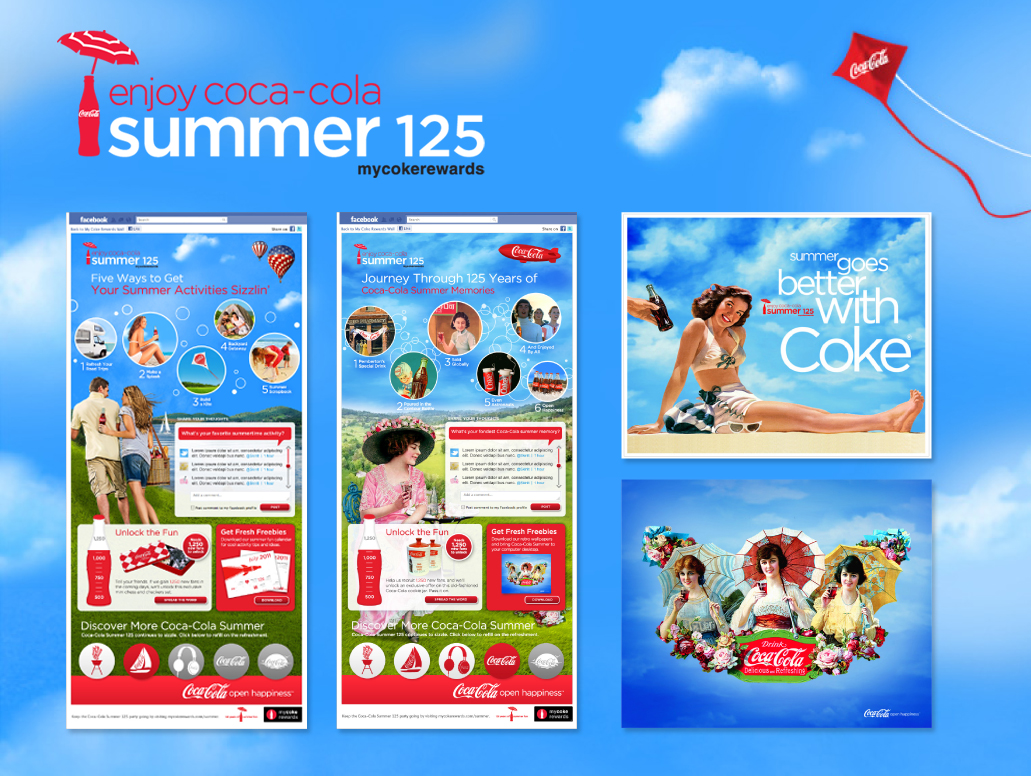