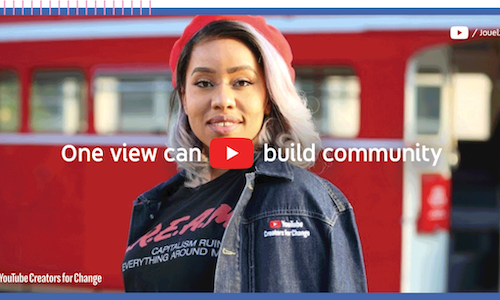 The 2018 YouTube Creators for Change program and global campaign aimed to drive greater awareness of social issues that diverse and underrepresented YouTube creators care about, and foster productive dialogue with the greater creator community and consumers on how anyone has the potential to create change in the world. With the increasing influence that YouTube creators have on young people as role models, we tapped into the relatability, credibility and creativity of these creators to authentically drive home a positive message to consumers.

There’s power in a single view. Whether it’s coming from San Antonio, Texas, or Manila, Philippines, YouTube provides a platform for people around the globe to share their views with the world. Today, anyone with a smartphone or a camera can share the way they see the world through short films, vlogs, documentaries, comedy skits, or even science lessons. The possibilities are endless, and we wanted to highlight the power of each person to use their voice to change the world.

Because all it takes is one view to make a difference.

Video affects us like no other medium. It can educate, build understanding and even change the way we see our world. That's why, in 2016, YouTube started a global program called YouTube Creators for Change, which aims to amplify the voices of YouTube creators who are using the platform to drive positive impact in the world—they are using their channels to tackle difficult social issues, from combating hate speech to countering extremism. Each year, we work with these creators—our Creators for Change Ambassadors—and provide them with mentorship, production and promotional resources to help amplify their messages.

THE ONE VIEW CAN CAMPAIGN

In 2018, we collaborated with over 60 creators from 20 countries around the world, including AsapSCIENCE, Jubilee Media, MostlySane, Humza, and many others. On November 12, 2018, we simultaneously released on YouTube over 90 films that promote tolerance through our global “One View Can” campaign, including documentaries, vlogs, comedy skits, animations and more. The launch coincided with the International Day for Tolerance and culminated with a screening led by select creators at the United Nations Headquarters in New York, as well as a creator summit in Bangkok, Thailand celebrating our Asia-Pacific creators.

Through the corresponding #MyViewCan social media campaign across Twitter and Instagram, we tapped into both YouTube's and the creators' social media networks to spark dialogue about how anyone's view can create positive change. We further amplified the creators' messages through paid digital media, as well as print ads in major news publications, including an eight-page spread in The New York Times.

To develop the creative campaign, we scrubbed through hundreds of hours of footage to curate the best moments into an anthem video, as well as :10 and :15 clips for sponsored social posts across YouTube's and creators' channels, and still images to feature in print. We also put together full creative toolkits for all of the creators to empower them to celebrate the launch of their films on social.

INITIATIVES ACROSS THE GLOBE

Additionally, throughout the year, our local YouTube Creators for Change initiatives across the Asia-Pacific region, Israel, Spain, the United Kingdom, France and Germany drove on-the-ground activations, particularly training programs and workshops for local young people to equip them with the knowledge and tools to combat intolerance they see online and off. 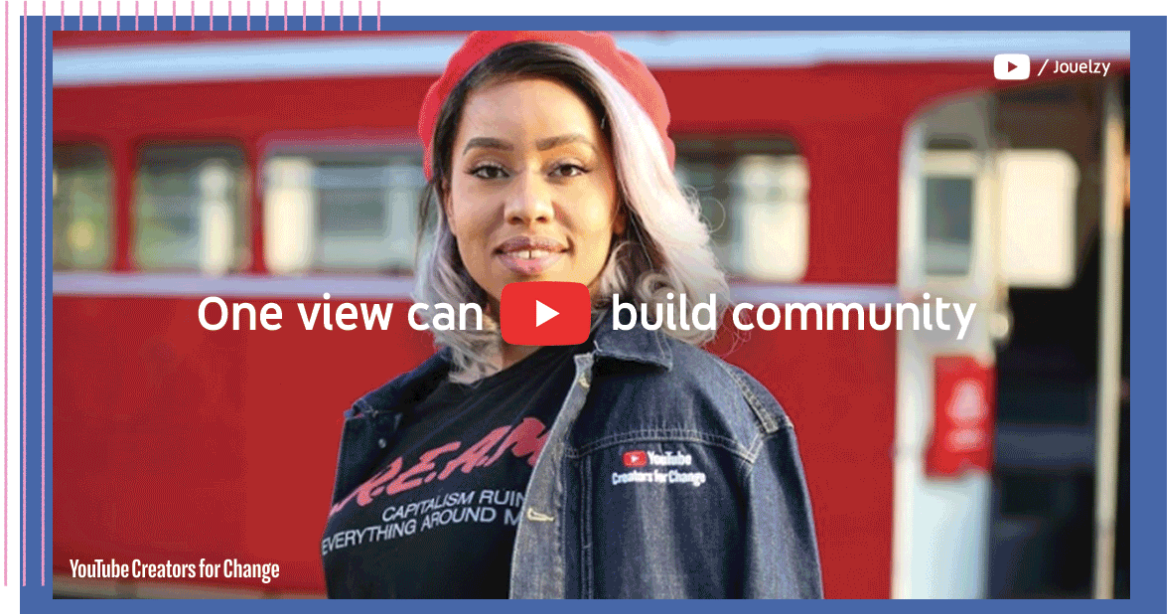