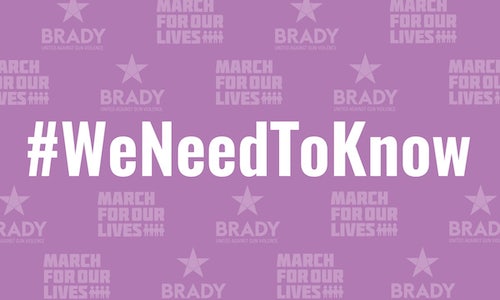 For more than 20 years, our nation's leading public health research organizations — the Centers for Disease Control and Prevention (CDC) and the National Institute of Health (NIH) — haven't received federal funding to research gun violence prevention. Gun violence is a national epidemic that kills nearly 40,000 people in America each year. Any other public health crisis would have billions of dollars dedicated to its study and defeat it. So why hasn’t Congress made this a priority? Three words: the gun lobby.

A victory came in June 2019 when the House of Representatives passed a landmark spending bill to fund research into gun violence prevention. That’s when Brady, March for our Lives, and Precision Strategies created the #WeNeedToKnow campaign to unite elected officials, medical professionals, the research community, young people, and more to illustrate the urgent need for this lifesaving funding. We know that gun violence is a public health crisis and that without a vast body of evidence-based research, there's so much #WeNeedToKnow in order to adequately identify and invest in solutions.

Our primary goal was to pressure the Senate to approve the spending bill, which would grant $50 million in funding to the CDC and NIH. Our primary objective was to engage the American public to create personal, emotionally-driven appeals to their senators. The #WeNeedToKnow campaign informed the public that virtually no federal research has been conducted into gun violence, while framing it similarly to other health crises, like motor vehicle deaths and smoking.

Gun violence is a cross-sectional issue like no other. We designed the #WeNeedToKnow campaign to showcase the many sectors and parts of our lives that are impacted by gun violence. The campaign uses many lenses: public health, human rights, racial equity, social justice. By creating messaging that speaks to these various lenses, we were able to bring more voices into the fold and effectively represent the many ways we're impacted by gun violence. We also invested in reaching young people. With forces as strong as the corporate gun lobby, we knew personal stories from young people would be one of the most effective ways to create change. Our #WeNeedToKnow campaign mobilized young activists in the movement against gun violence to demand the Senate fund research to study gun violence; raise awareness around the gun violence epidemic; and, most importantly, engage people across the country to contact their senators and representatives to take action. We also mobilized the research community and health and medical professionals.

Advocacy: We flooded the halls of the U.S. Capitol with activists, scheduling meetings with key members of Congress to discuss why the CDC and NIH urgently need funding to research gun violence. As a part of each meeting, we brought video equipment and filmed footage with members as they shared why this research funding will save lives. While we compiled all videos, we asked members to originate the content from their own social media channels and encouraged their own editing. This helped bolster the authenticity of the campaign. Following two successful days of action on Capitol Hill, our work was not done yet. We created social media graphics, organized a Twitterstorm, wrote video instructions and best practices for recording videos, and shared our campaign with a coalition of gun violence prevention organizations. We also reached out to partners at education, human rights, public health, and racial equity groups. Both Brady and March For Our Lives are chapter-based, and we reached out our grassroots networks, mobilizing members and supporters to create and share videos of their own so that our calls echoed from the halls of Congress to our own communities.

The driving factor of the #WeNeedToKnown campaign was implemented through social media channels — particularly Twitter. The #WeNeedToKnow hashtag allowed us to communicate why we desperately need gun violence prevention research and the unknown impacts gun violence has on an individual, a community, and psyche of the entire nation.

We partnered with 6 of the top gun violence prevention organizations leading the battle, including: March for our Lives, the Community Justice Action Fund, Giffords, Newtown Action Alliance, the Coalition to Stop Gun Violence, States United, and the Educational Fund to Stop Gun Violence. Our first day of the #WeNeedToKnow campaign was so successful that we returned for a second day of action to urge the Senate to pass this lifesaving legislation.

The #WeNeedToKnow campaign generated large social engagement, particularly within our target audiences. Members of Congress and presidential candidates used the hashtag to talk about the urgent need to identify solutions to gun violence. Activists and other advocacy groups responded in kind with their own messages of support.

This push to illustrate the urgent need for research on gun violence created a groundswell, which we capitalized on for an additional day of action in July. In total, our campaign resulted in: 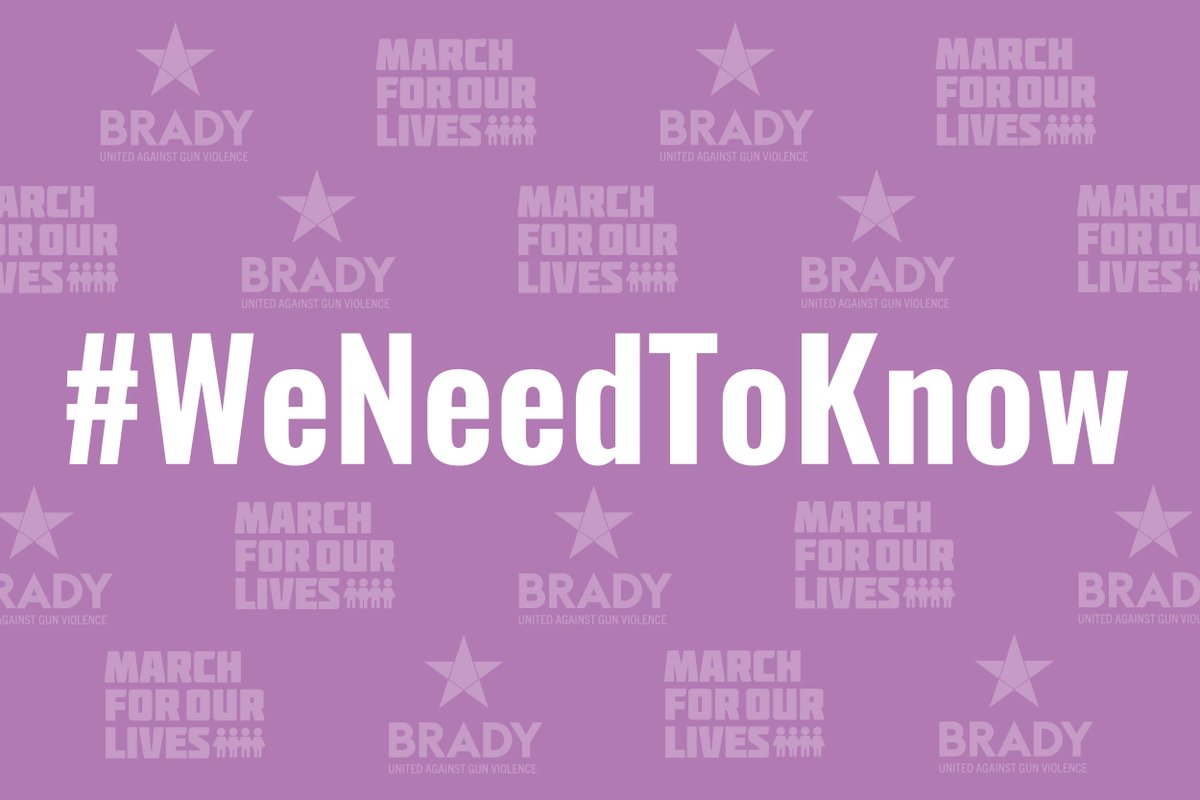