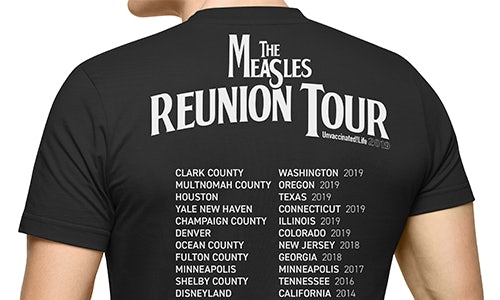 Why was a disease the CDC had declared eliminated in America back in 2000 rapidly spreading 15 minutes from our front door?

In a word: misinformation.

Opinion, pseudo-science and outright falsehoods about vaccination are everywhere on the Internet.  And not only is misinformation omnipresent online, the tone of “anti-vax” communication is emotional, alarmist, adamant and LOUD.

It was frightening and frustrating, and we wanted to do something about it. As a firm with relentless curiosity deeply rooted in our DNA, CEO Lori Gaffney offered up a challenge to BPN’s creative team: could we develop a campaign that would spark conversation around this topic in a new way — and, what could we make happen in a relatively short period of time, and with a highly focused media budget?

Unvaccinated!Life is just one of the many examples of BPN’s significant commitment to social good. Since becoming CEO in 2015, Lori has led our team through a series of efforts to ensure our firm meets the highest standards of social and environmental performance, transparency and accountability, with community engagement deeply rooted in our DNA. We’re pleased to share more about these efforts in the following sections, and in our submission attachments. On behalf of our entire team, thank you for your consideration!

Lori’s challenge to our team builds on a much broader strategic commitment she made to invest in supporting social good across all aspects of BPN’s operations since becoming the firm’s first female CEO and sole owner in 2015. These efforts — which have included creating over 10 new policies to support a more inclusive and diverse work environment, tracking our own firm’s spending power among minority, women-owned, B Corp, and veteran-owned businesses, and providing generous paid volunteer time off and donation matching benefits, to name a few — have become the foundation of BPN’s deep community engagement commitment. In 2018, for example, our team of 20 volunteered nearly 450 hours to support over 15 local nonprofits, donated 6% of our profits, and provided over $130,000 in pro-bono work. In addition, 71% of our revenue came from supporting purpose-driven enterprises.

So when we started off 2019 with this unsettling news impacting our local community, we had a hard time ignoring it. As we considered the challenge before us, we realized we couldn’t use science, data or logic in some magical, new way to change attitudes. Facts matter, of course, but information and research can’t compete with outrage and fear-mongering for people’s attention. We also knew we had to resist any temptation to lecture, scold, shame or debate “anti-vaxxers.”

The breakthrough happened when we stopped viewing the challenge as trying to change anti-vaxxer’s minds and, instead, tried to think like them.

The question that unlocked this riddle was “What would we do if we actually believed in the anti-vaccine movement?”

The result was Unvaccinated!Life an “anti-vax” lifestyle brand we created to openly, enthusiastically and, yes, ironically celebrate the rejection of vaccines. We put our slogans on t-shirts, mugs, hats and tote bags that we sold.  We wrote opinion pieces and posted them all over social media in Clark County, and made video content promoting the idea of “Living the unvaccinated life.”

Instead of pushing against the anti-vax conversation, we hijacked it.

Why? Because we believed that by holding up a mirror to the sort of language, imagery and logic leaps we found in “anti-vax” content and dialing things up just a bit to create satire, it could reveal the flaws and irrationality that underpin the anti-vaccine position.

Developed in less than three weeks for under $1,500 and 500 unbillable hours, Unvaccinated!Life elements included building a website and creating multi-channel content that included videos, articles, and social media ads.

Well beyond the campaign results generated, “Unvaccinated!Life” sparked in our team a curiosity to dig even deeper into how we can continue to collectively channel our talents and resources to support diverse causes that matter to us, and to our community. Some recent highlights are noted in the attached Impact Report, and we’re excited to see what the rest of 2019 will bring!

Within days, both anti-vaxxers and pro-vaccination people were passionately engaged, commenting, liking, un-liking and sharing the work.  Our site metrics were off the charts, with a click-through rate of over 5%, more than 300% above benchmark.

As happy as we were to see this engagement online, we were blown away when every local news station reached out to cover the campaign.  Unvaccinated!Life was featured on multiple newscasts on five different channels, adding over 1MM impressions to the effort, and the coverage kept expanding, from Adweek to Local ABC, CBS, NBC, and Fox affiliates, Willamette Week, culture bloggers and even TRT, the CNN of Turkey.  For a local media investment of just under $1,500 and over 500 unbillable hours, we managed to reach people from all 50 states and 75 countries around the world!

And while selling merchandise was never our goal, this attention led to merchandise sales whose proceeds support Nurses Who Vaccinate, turning Unvaccinated!Life into a tool to raise some awareness and funds to directly address the problem, helping support research, education and advocacy programs for life-saving vaccines.

But the most important achievement of Unvaccinated!Life was that it created exactly the conversation we had hoped to spark about the sources of information people based their opinions on.  Our content didn’t tell anyone what to think. Instead, it used satire to get people to rethink their position. There’s no way for us to know how many minds we changed, but we can say confidently that we successfully changed the debate.

Video for Using Creativity to Change the Conversation: Unvaccinated!Life 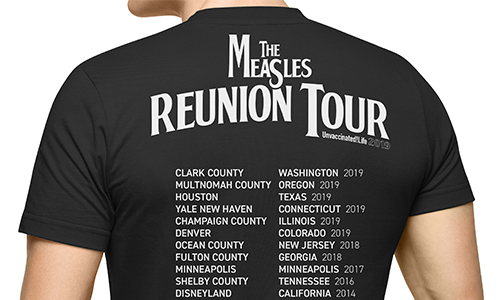 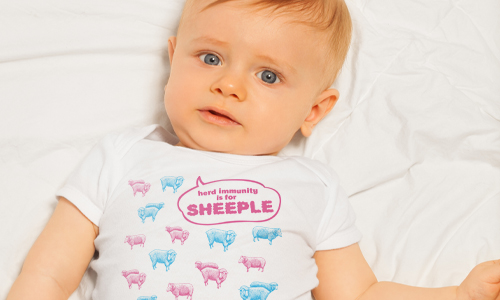 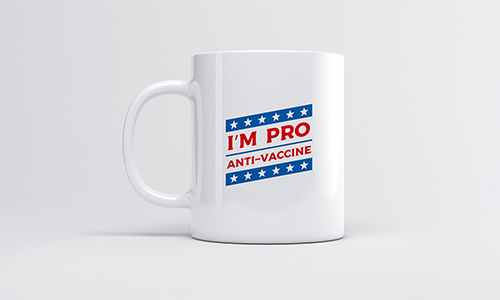 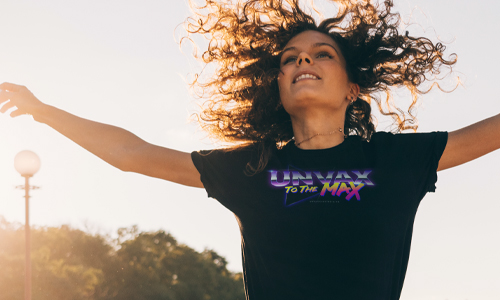 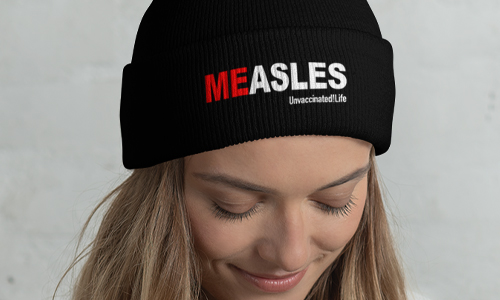 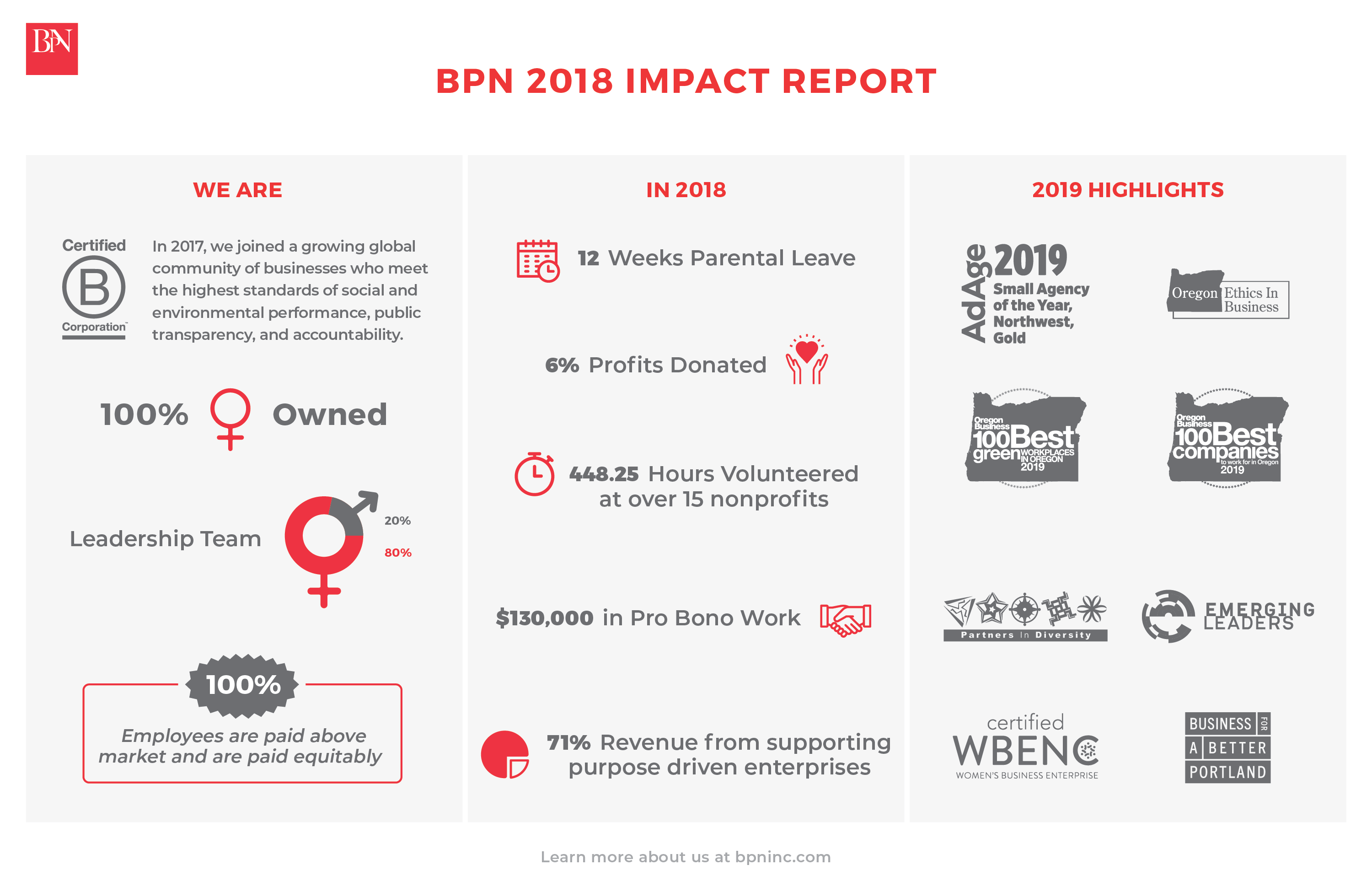