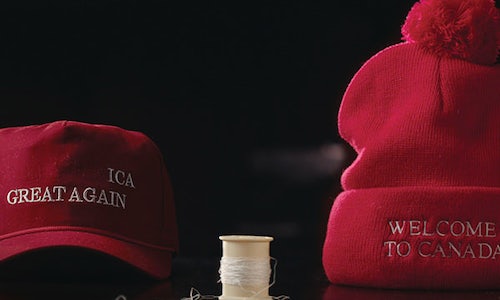 Toronto-based apparel brand Peace Collective aims to capture cultural sentiment in the clothing it sells, evidenced by shirts and hoodies with slogans like “Toronto vs. everybody” and “Home is Canada”. The brand is founded on two values: being proudly Canadian and ensuring everything they do, does good for their community. From helping underprivileged children to aiding new immigrants to Canada, the brand operates on a one-for-one model where proceeds from their sales go to various causes.

Peace Collective’s founders, all first- or second-generation Canadians, asked for our help in furthering their mission of doing good – instead of doing a traditional campaign that showcased their values of openness and acceptance, we proposed a fresh twist on what they’re already known for: create an item of clothing with the power to make a meaningful social statement about the strength of diversity and inclusion.

Our objective: to spark a conversation on acceptance and discrimination and increase awareness and positive sentiment for Peace Collective as company that advocates for social progress.

Clothing has the power to make a symbolic statement. It can unite us in a shared identity and express a belief or point of view. To spread a message of acceptance, we looked to today’s most notorious item of apparel: Donald Trump’s “Make American Great Again” (MAGA) hat. What began as a symbol of patriotism in the 2016 presidential campaign has morphed into today’s most-recognized icon of intolerance and discrimination. References to the hat and the slogan are frequent and notorious: the Charlottesville white supremacist rally, the Parkland shooter’s profile photo, anti-abortion marches in D.C., the New Zealand shooter’s 74-page manifesto, and anti-Muslim rallies in the UK.  In Canada, Alexander Bissonnette donned the hat before storming a mosque in Quebec and killing six men. Most recently, it was linked to the horrific back-to-back mass shootings in El Paso, Texas and Dayton, Ohio.

We took a MAGA hat and unstitched it letter by letter, literally unravelling its divisive symbolism. We then used that same thread from the MAGA hat to stitch a new message of inclusion – “Welcome to Canada” – onto a distinctly Canadian winter toque.

The campaign launched on Peace Collective’s social channels with teaser assets on Instagram, Facebook and Twitter. The long-form online film and the “Welcome to Canada” toque were unveiled on Peace Collective’s social media channels and website with the hashtag #UnravelHate. The film captured the reactions to the MAGA hat and toque from five new Canadians, both immigrants and refugees, who felt welcomed in Canada. We auctioned off the original toque made with the actual thread and replicas of the “Welcome to Canada” toque were sold online, with all profits from the hat sales and auction going to WoodGreen Community Services, a United Way partner charity that aims to help refugees and new immigrants feel included and settle into their new lives in Canada.

The choice to commit to the campaign was not without risk. The company is still young and taking on a phenomenon that had as much potential to rally trolls and haters as it did open-minded people was a business risk. Despite this, #UnravelHate was the most-successful communication effort in the company’s history, generating its highest-ever levels of engagement across every social media platform.

The results demonstrate the attention the campaign brought to the issue of acceptance and diversity: 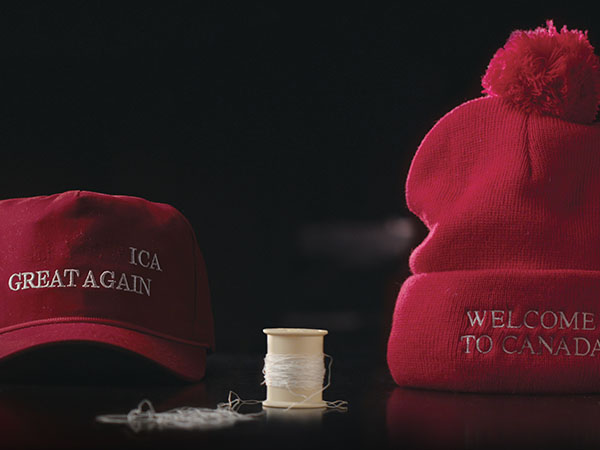