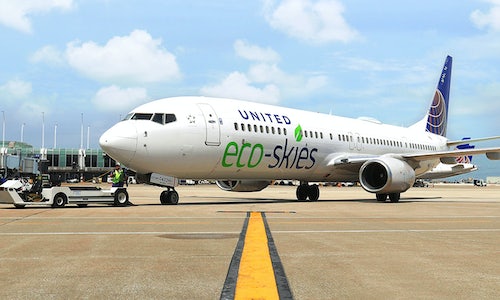 United Airlines is the first US carrier to publicly commit to reducing greenhouse emissions, pledging to cut down 50% by 2050 as part of its Eco-Skies initiative. Achieving this goal will eliminate 21 million metric tons of CO2 in the atmosphere per year, which is equivalent to removing 4.5 million cars off the road or eliminating all of the cars in LA and NYC combined. To hit this benchmark, the airline will be investing in fuel-efficient aircrafts, pioneering the use of sustainable aviation biofuels, and implementing conservation-minded operational changes.

It’s important for United flyers to support the airline in its commitment to a cleaner planet, but most busy travelers weren’t immediately aware of the Eco-Skies initiative when it launched. To address that, United launched “Flight for the Planet,” the most eco-friendly flight in aviation history. With this flight, United became the first airline to demonstrate carbon offsetting, utilization of sustainable aviation biofuel, zero cabin waste efforts, and operational efficiencies all on a single commercial flight.

United needed to capture attention while also educating customers on the importance and potential of this history-making effort, to enlist their ongoing support. Pushing out a standard announcement wouldn’t get the job done on its own.

To garner attention and excitement about the flight, United dropped the “C”s, “O”s, and “2”s from all of its social posts and press releases. This led to an influx of confused reactions on social, until one user finally caught on and others followed suit. By the time the Flight for the Planet departed, word of United’s sustainability efforts had taken off.

The airline leveraged social excitement as an opportunity to educate users. United engaged travel influencers to document the actual flight, allowing their social followers to come along for the ride and see the actions the airline was taking to make history and reduce their impact on the planet.

The social campaign put the brand at risk of being made fun of. In fact, users questioned whether the United keyboards were broken, told the airline to “fire the social media person”, and asked if the airline was intoxicated. But to United, the risk of being the target of jokes was well worth the reward of getting people to pay attention and get excited about the most eco-friendly flight in aviation history.

The airline used the social media spotlight as an opportunity to educate social followers on the eco-friendly steps they are taking towards environmental sustainability. And through the use of travel influencers, United gave consumers the ability to experience the most eco-friendly flight in history for themselves and broadened the audience of travel enthusiasts who now understand United’s commitment to sustainability and corporate responsibility.

The social campaign got frequent flyers to care about United’s commitment to the earth. By leveraging the travel influencers onboard, United provided consumers with the proof and education needed to understand the airline’s industry leading mission.

In 24 hours, the campaign organically drove 100+ million impressions across channels. The responses to the CO2-less tweets led to a 1,000% increase in Twitter replies compared to the airline’s average. The campaign got social followers interested in learning more about its eco-friendly practices, driving an uptick in profile clicks of 661% and visits to the United blog of 492%. Influencer content alone generated 62k+ impressions and 6.3k+ engagements. 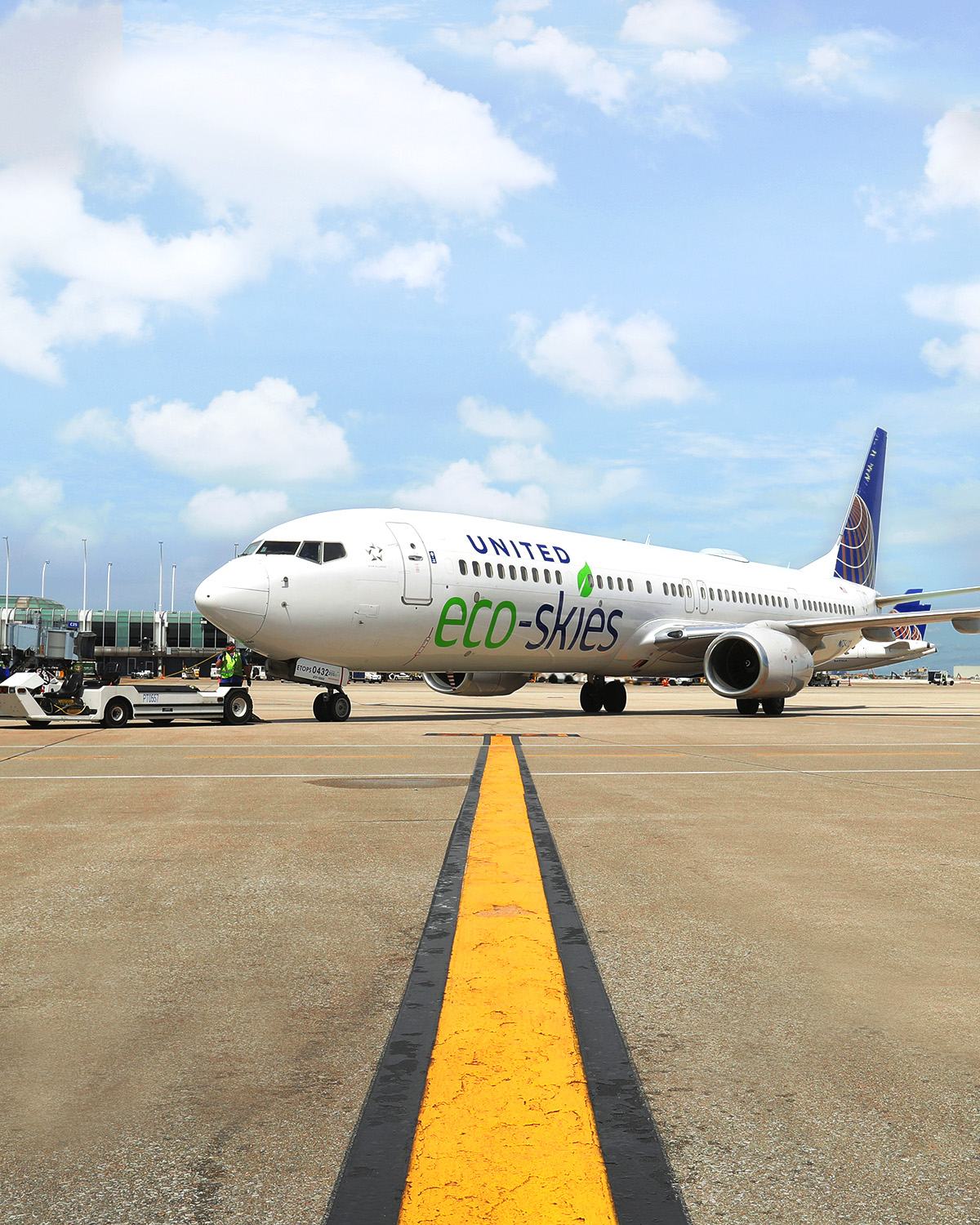