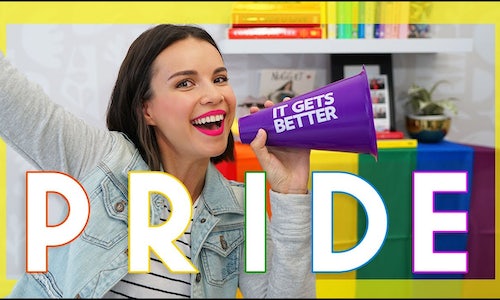 As the It Gets Better Project nears its 10 year anniversary, it's become clear that messages of hope for LGBTQ+ youth are more important than ever before. Leading up to and during World Pride month, It Gets Better Project worked with Small Girls PR to create a social media movement and creative mailer to promote and celebrate the interconnectivity of the global LGBTQ+ community so that LGBTQ+ youth can see a future for themselves and know they have lives worth living.

#TheirStory was created to honor those who’ve supported LGBTQ+ individuals and communities in times of hardship by providing a platform to tell their stories. #TheirStory encouraged community members to nominate someone who inspired them and helped them realize that it gets better. These nominations created a ripple effect, strengthening the bonds of the LGBTQ+ community and spreading awareness about the work of the It Gets Better Project.

Our goal was to virtually engage the LGBTQ+ youth community worldwide, utilizing domestic and international creators to emphasize the power of these stories. To extend our reach, we prioritized diverse creators with varying follower-ships to ensure we were reaching a multifaceted audience. LGBTQ+ young people around the world can now search #TheirStory and find someone just like them who is standing boldly in their support for their rights to be loved and live with prosperity.

Leading up to launch, we spread the word about It Gets Better with a personalized mailer delivery. The mailer targeted a broad community, including key members of the media, as well as LGBTQ+ influencers in the lifestyle, drag, beauty, and personal rights activist categories.

The mailer was sent globally to 115 ambassadors, press, and new faces and included the CTA to share #TheirStory as well as assets from the delivery. Influencers were asked to tag a supportive peer and start a chain effect of UGC, demonstrating how this community supports each other through an emotional touch point.

Each element included in the kit related back to It Gets Better and its messaging, including:

We tapped into a diverse group of LGBTQ+ communities, including millennial and Gen Z, drag queens, couples, activists, men, women, trans & gnc influencers to find out who inspired them and let them know that it gets better. We chose Patrick Starrr and Ingrid Nilsen as our spokespeople for the campaign since they are known for using their platforms for social good and have an engaged youth audience.

We worked with YouTube to support the program by asking them to whitelist the It Gets Better Project YouTube page and other creators to utilize their new fundraising feature. This new feature has only been rolled out for a very select few causes and is innovating the way YouTube can be used for social good.

This campaign exceeded all benchmarks for success. We achieved a 9.8% engagement rate (industry benchmark is 1.3-3%) with 18M Potential Reach. YouTube supported the program by whitelisting our page and selecting creators to use their new donation feature, which lead to over $28,000 in donations to It Gets Better Project. Both Patrick and Ingrid's videos were picked up by multiple media outlets, leading to 6M Media Impressions. The #TheirStory submissions were sincere and heartfelt, and touched upon members of the LGBTQ community both living and no longer with us who have inspired the broader community to be their authentic selves and to live freely and bravely.

We exceeded our goals regarding global impact as well: top countries include the US, Brazil, the UK, Canada, Mexico and Australia. We also had multiple submissions in Spanish which provided more accessibility to a global audience. We also pushed the envelope in terms of diversity by making sure we had adequate representation from the entire LGBTQ+ spectrum.

Qualitatively, we received almost 100% positive social sentiment in the comments for all of the #TheirStory posts. Comments like "Love both of you! You're an inspiration to me as artists, and as members of the community, showing that LGBT Mormon youth an grow up and [can] find actual happiness and love. So glad that the next generation can have role models like you two." were regularly left on all influencer posts. 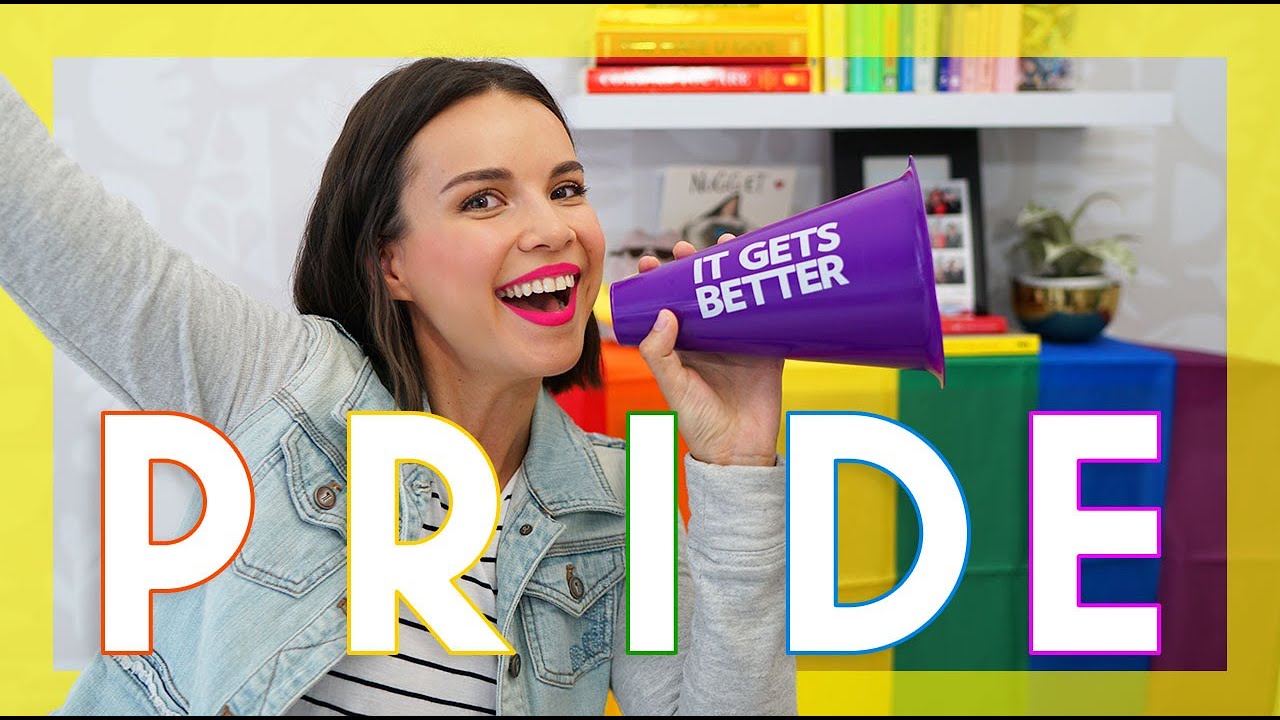 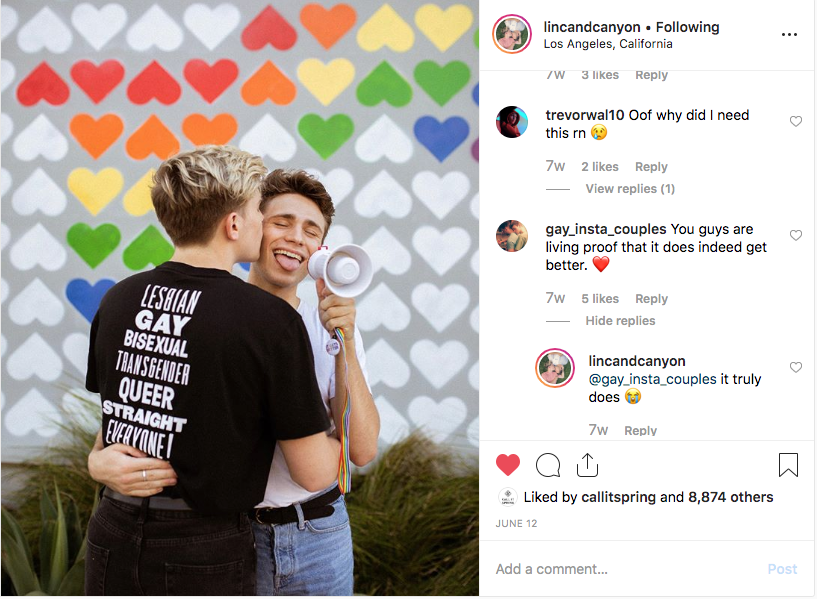 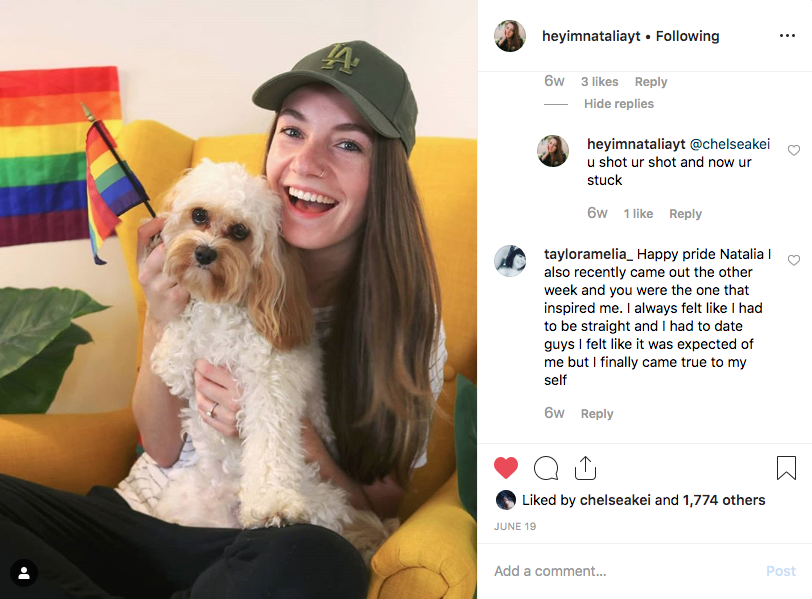 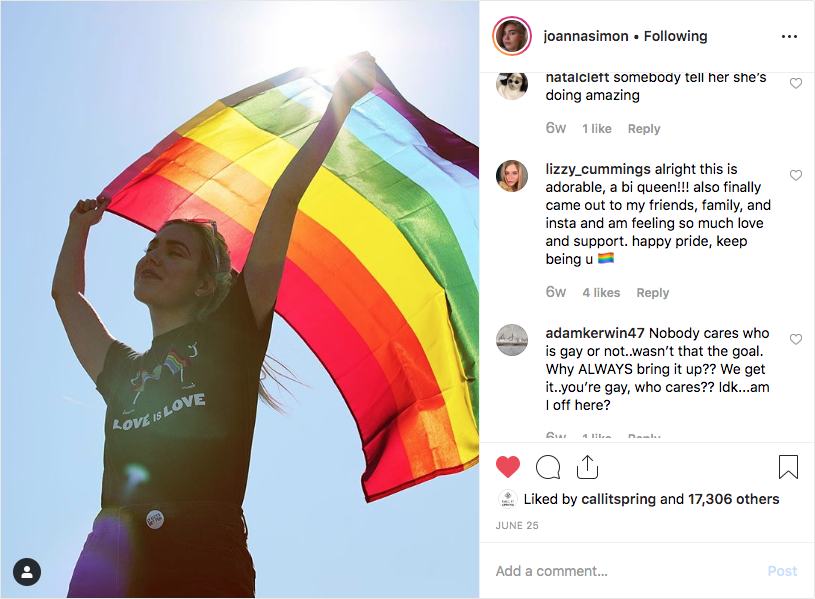 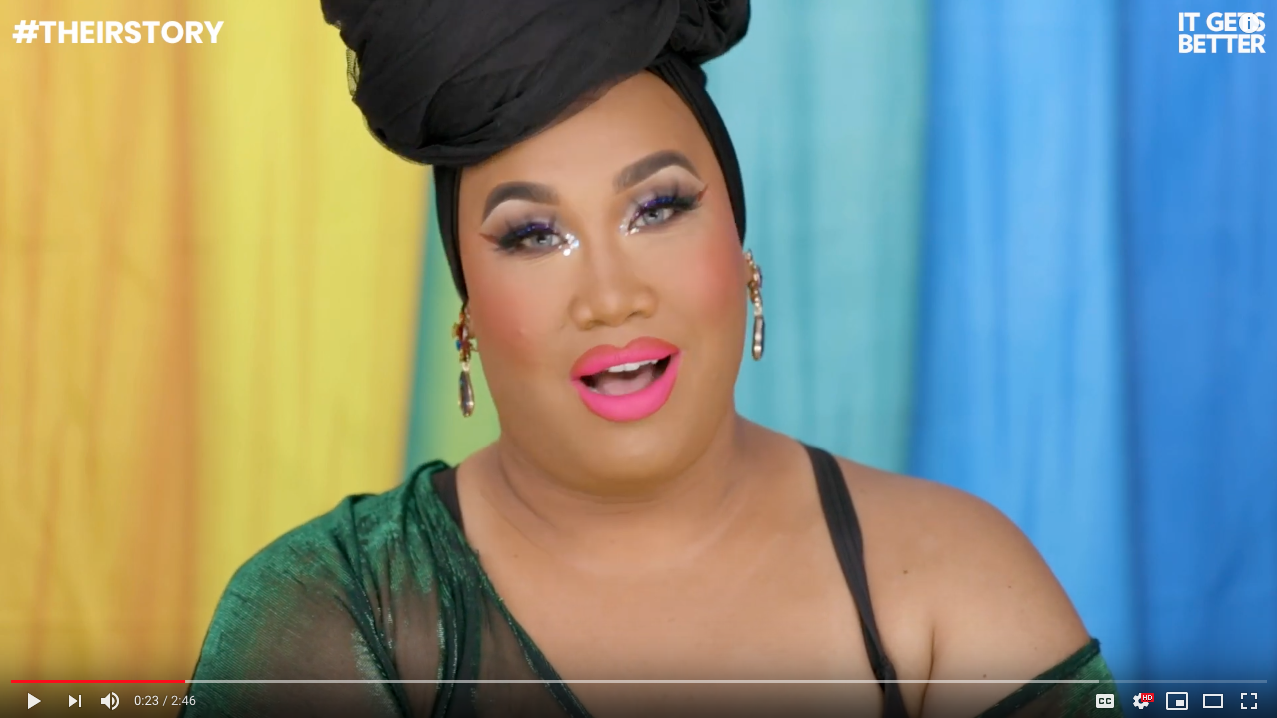