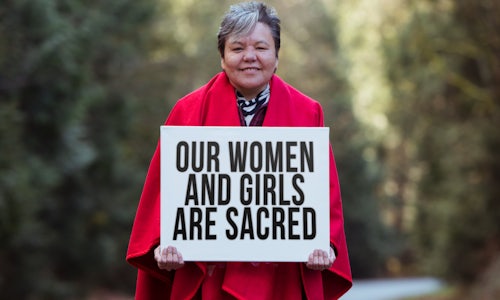 In 2016, the Canadian Federal Government launched a National Inquiry into Missing and Murdered Indigenous Women, Girls and 2SLGBTQQIA, in an attempt answer the difficult question – why?

Understanding Canada’s colonial history is key to understanding this crisis. Since its inception, the Canadian Federal Government has enacted and sustained multiple systems of genocide against Indigenous peoples. The profound traumas suffered under these systems have had inter-generational impacts, and are directly linked to the epidemic of violence seen today. Unfortunately, there is often a lack of historical context present in discussions around this issue, and facts are often confused, obscured, misunderstood or misrepresented in media.

#SacredMMIWG was launched in the months leading up to the release of the National Inquiry’s Final Report, and was designed to dispel some of the misconceptions surrounding the crisis of MMIWG2S+. The campaign served to educate the public on the generational impact of colonization, and encouraged  all Canadians to be “Change Makers” through daily, conscious efforts of reconciliation. With stories and images gathered from coast-to-coast-to-coast, #SacredMMIWG called on all Canadians help to put an end to all forms of violence against Indigenous women, girls and 2SLGBTQQIA individuals in Canada.

#SacredMMIWG ran between February and July, 2019, in the months leading up to the release of the National Inquiry’s Final Report. The campaign was targeted to all Canadians and utilized Facebook and Instagram, as they were well-suited to host the media, and facilitate audience reach.

Twelve participants were selected for the campaign, referred to as “Change Makers.” The Change Makers were vocal advocates for social change, and ranged from family members to celebrities, including:

#SacredMMIWG functioned as a “Call to Action” in multiple ways. Placards specifically designed to open dialogue were held by Change Makers, with inscriptions: “I’m a Change Maker, Are You?” “Taken, Not Forgotten” and “Our Women and Girls are Sacred.” Change makers were also interviewed, with compelling excerpts featured alongside the visual media.

Members of both The Grandmother’s Circle and The National Family Advisory Circle were also featured in #SacredMMIWG videos, where they shared a powerful, unanimous message about the need for support, from all Canadians, in ending all forms of violence.

The Truth Sharing Podcast series was also recorded simultaneously, which documented long-form interviews about the impact of MMIWG2S+ in Canada. In addition to the podcast, a series of behind-the-scenes videos were created to showcase resiliency of the Change Makers.

At the closing Ceremony Event, Kwandibens captured photographs while further interviews were conducted with family members in attendance. A final podcast episode was recorded at the event, and in the days that followed, released alongside the photos and interview videos. A live-stream of the event was also hosted by #SacredMMIWG and made available in 3 languages, across multiple platforms.

In order to maintain high levels of engagement over a relatively short campaign, roughly 1 to 3 posts were scheduled per day. In between all scheduled releases, Facebook and Instagram Stories were utilized to reach greater audiences with stylized images and captions. For accessibility purposes, all content was released in both French and English, and was captioned whenever applicable. All podcasts were recorded in the speaker’s native languages, translated and released with both French and English over-dubs.

- #SacredMMIWG videos played 41 million times, with engagement rates up to 19%!

The results of the #SacredMMIWG campaign are truly incredible. Messages of support began to flood in almost immediately from individuals moved by the campaign. Artists sent works inspired by MMIWG2S+, teachers and students reached out in search of resources for lesson plans, projects and discussions about MMIWG2S+ in Canadian classrooms. Organizers sent photos of walks & rides they were inspired to host to raise awareness for MMIWG2S+. Daily offers to volunteer with, or donate to #SacredMMIWG were re-directed to local communities. Survivors of violence expressed feelings of empowerment after having heard Change Maker stories. Individuals struggling with image and identity expressed gratitude for the Indigenous representation in media. Hundreds of comments expressed compassion and empathy for those with lost loved ones, and hundreds more pledged to take action to end the violence.

With the release of the National Inquiry’s final report, which lists 231 Calls for Justice, the need for action is greater now than ever. Change does not happen overnight, but #SacredMMIWG is a monumental first step towards longstanding social change in Canada. If the objective success of this campaign is any indication of the nation’s drive towards a socially equitable future, then perhaps Canada is truly ready to heal and step forward – together. 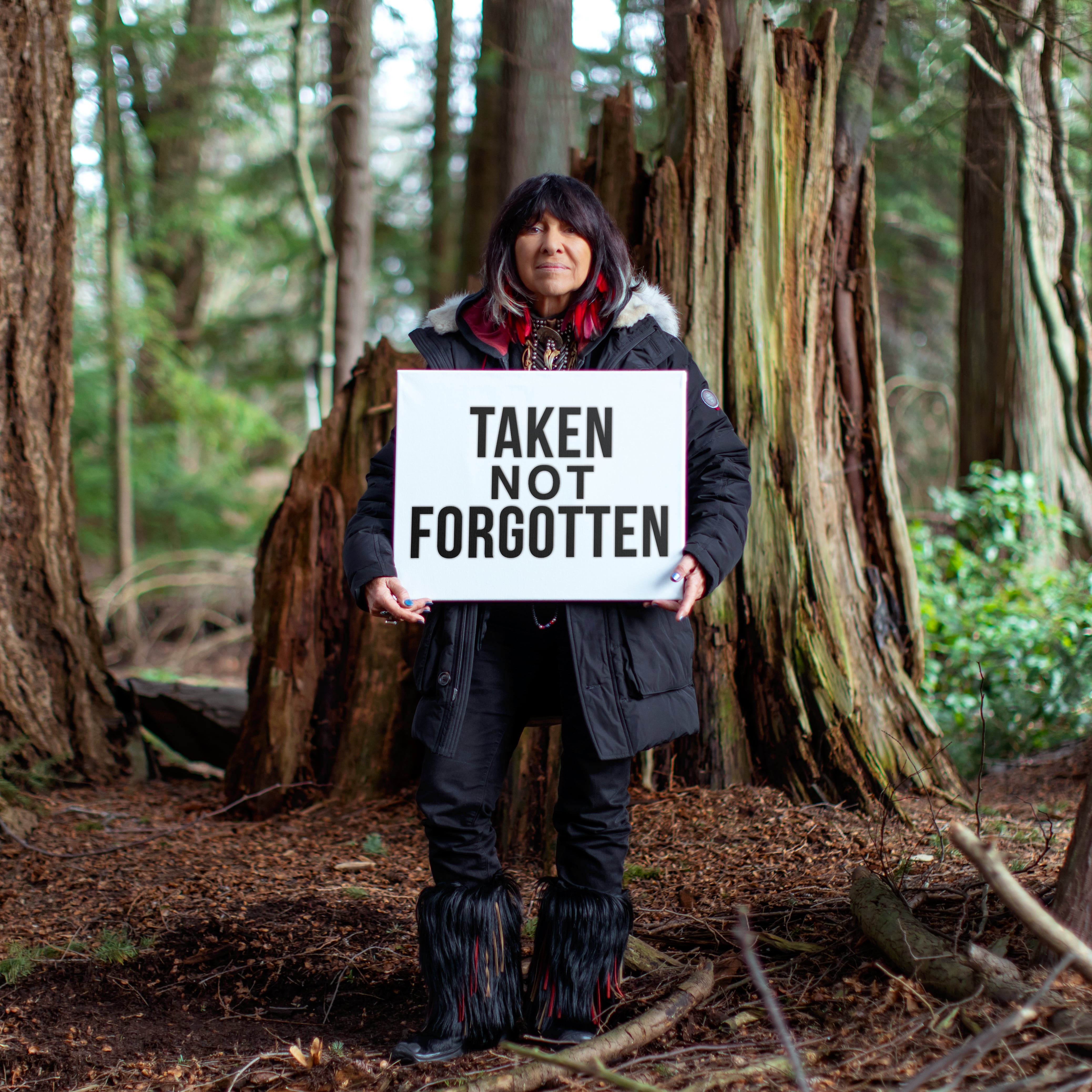 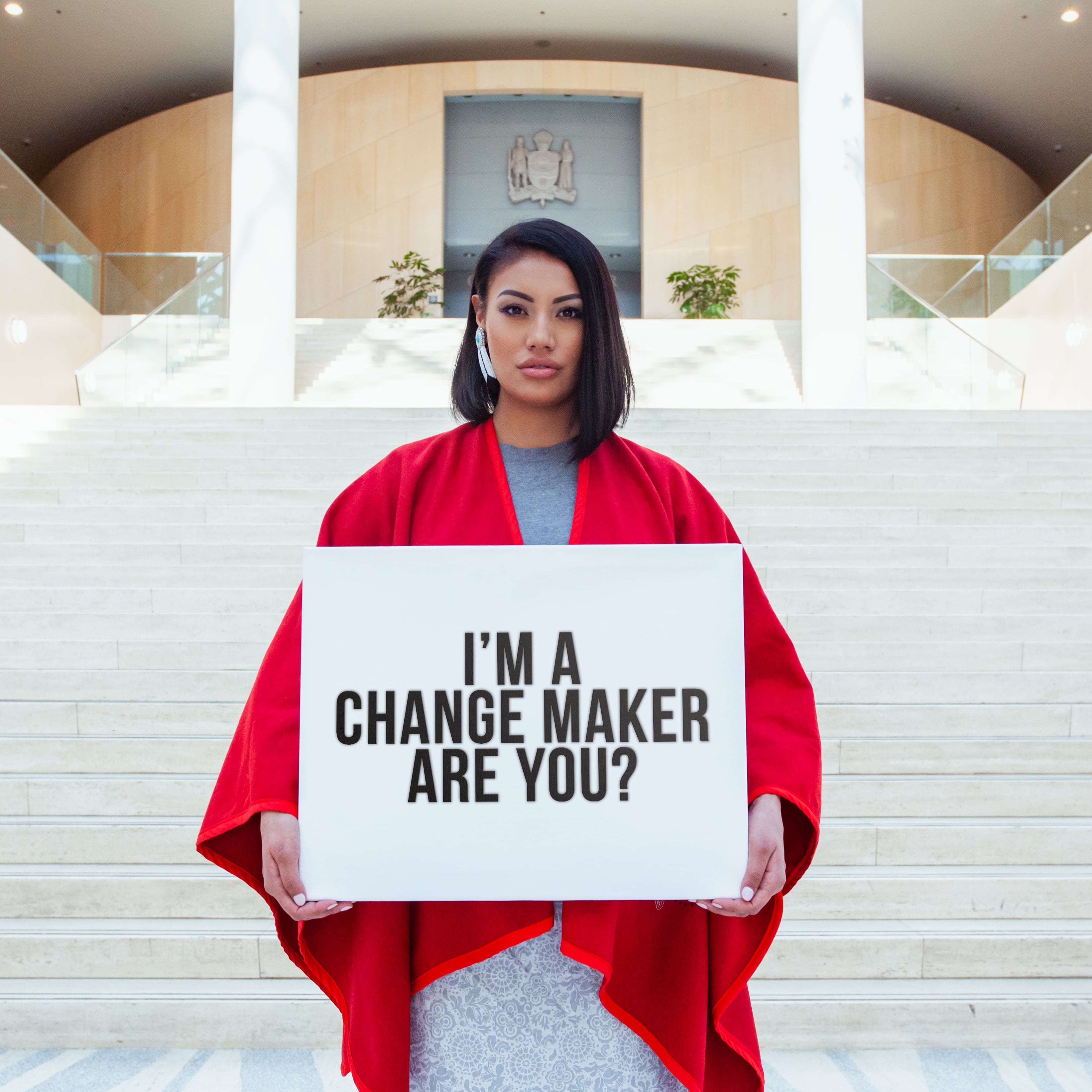 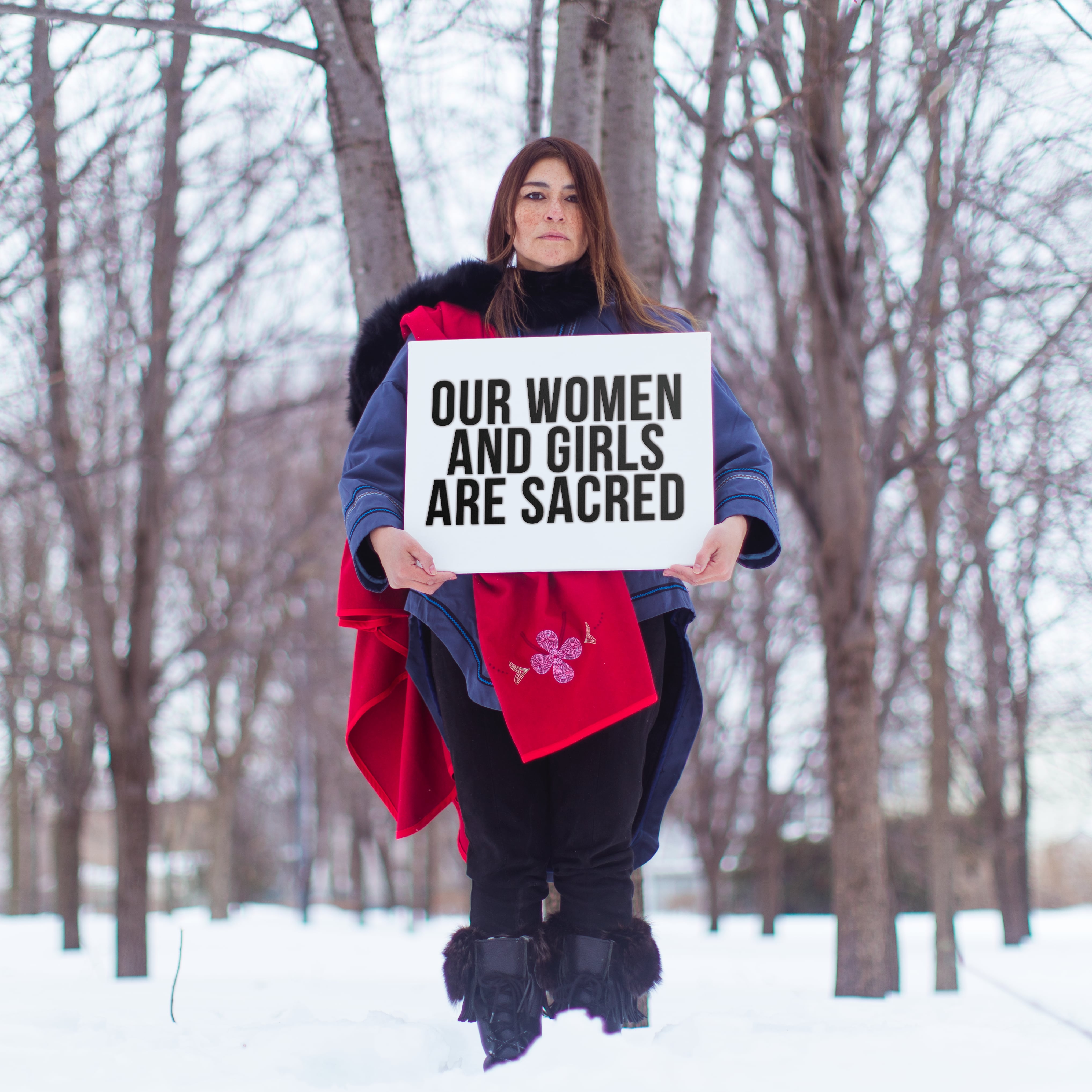 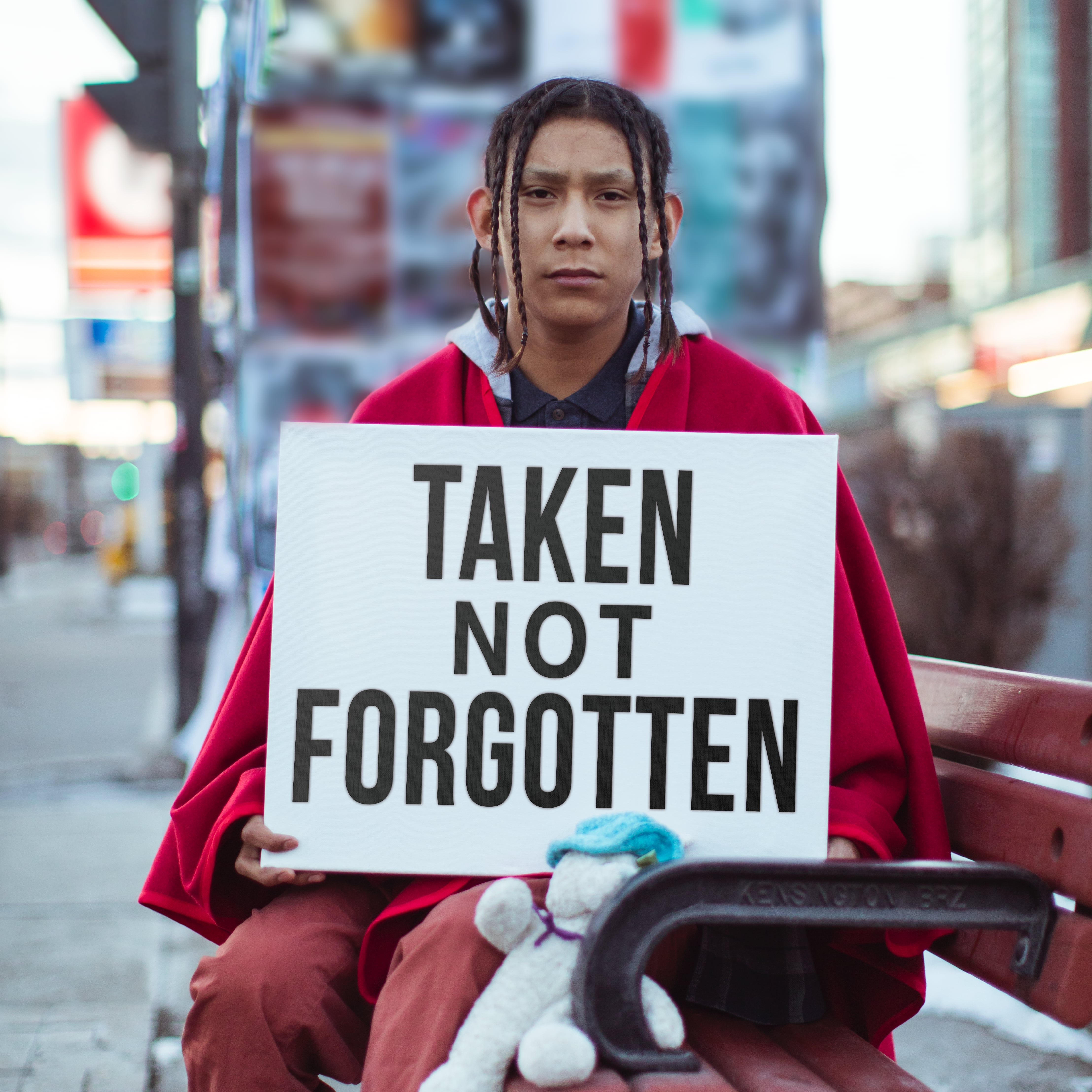 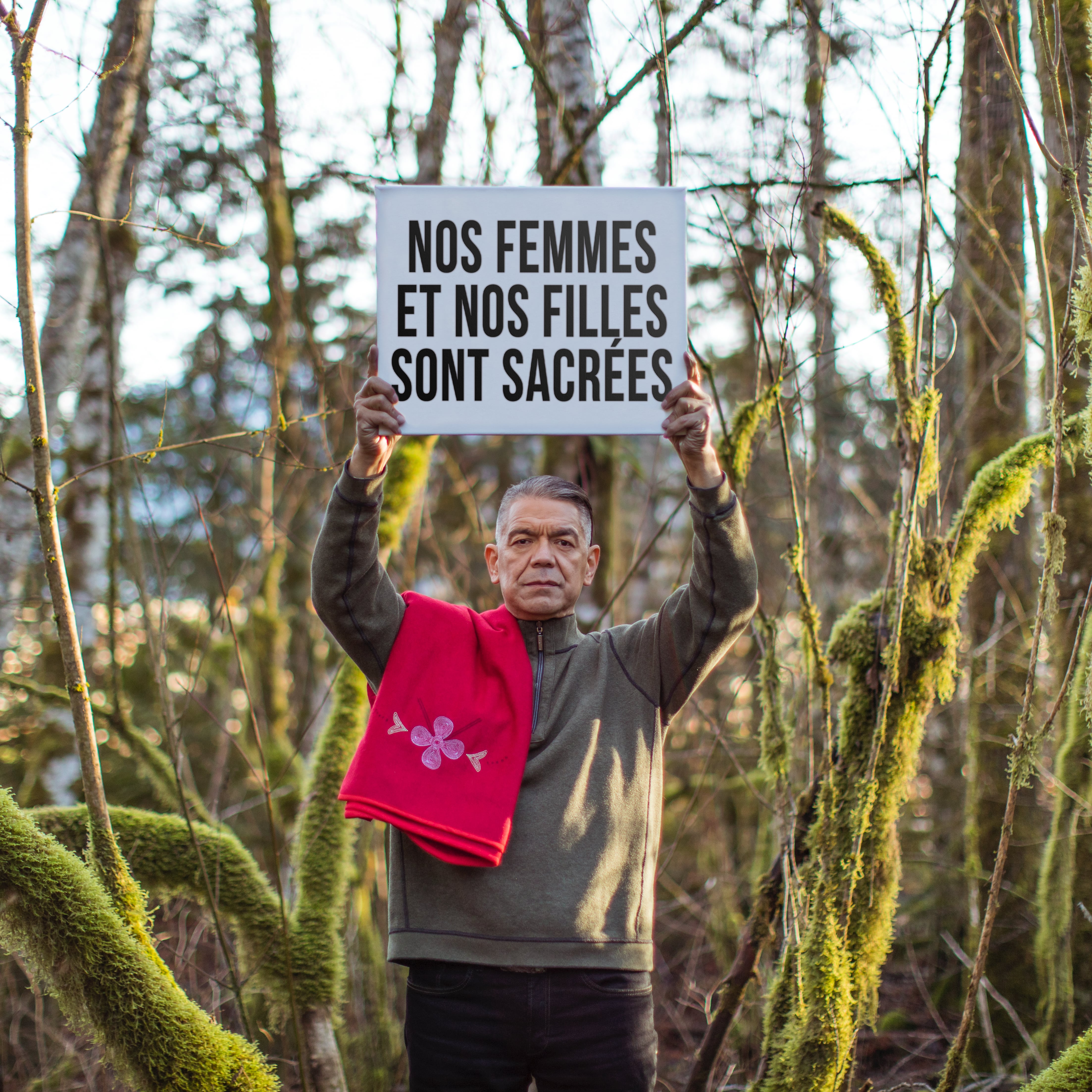 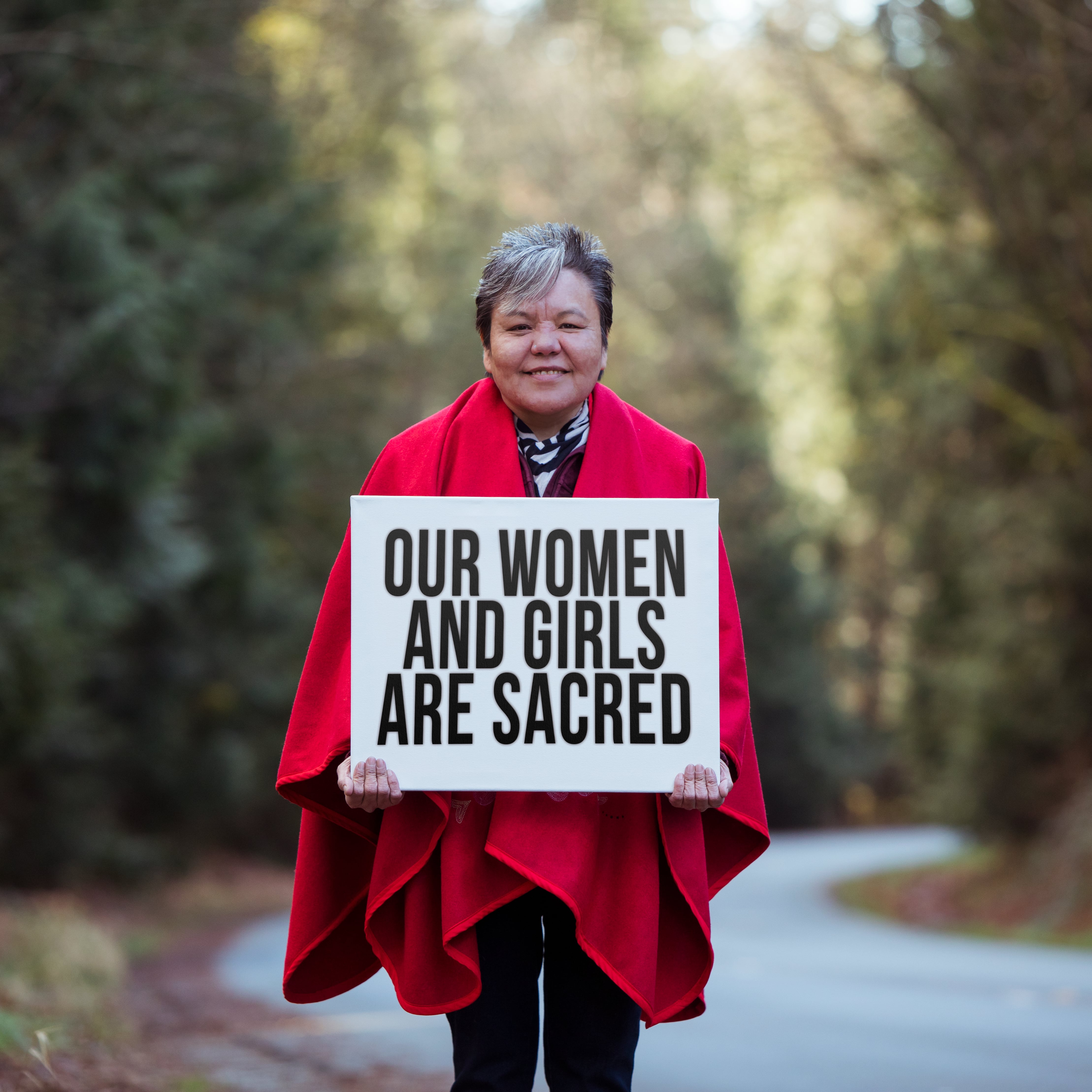 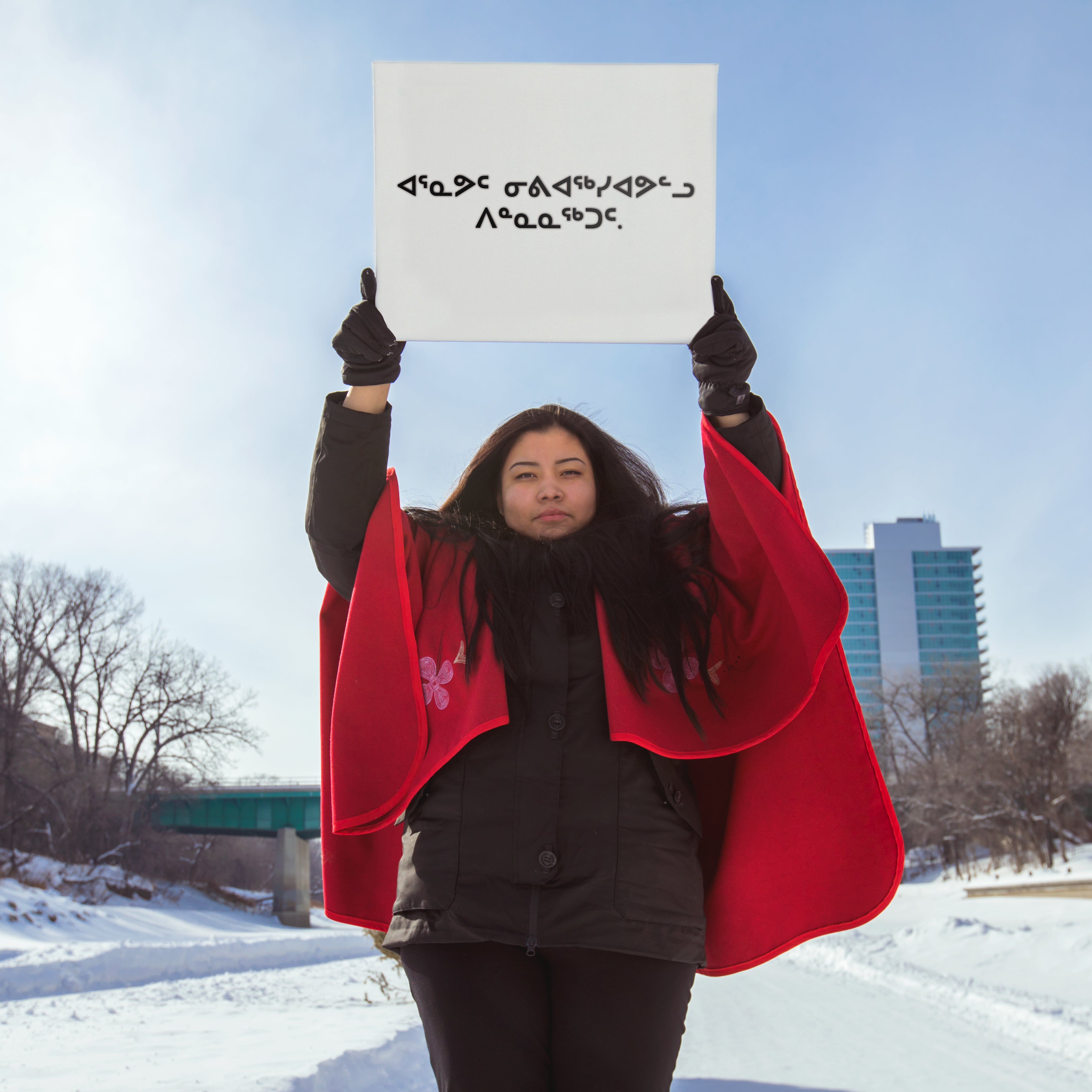 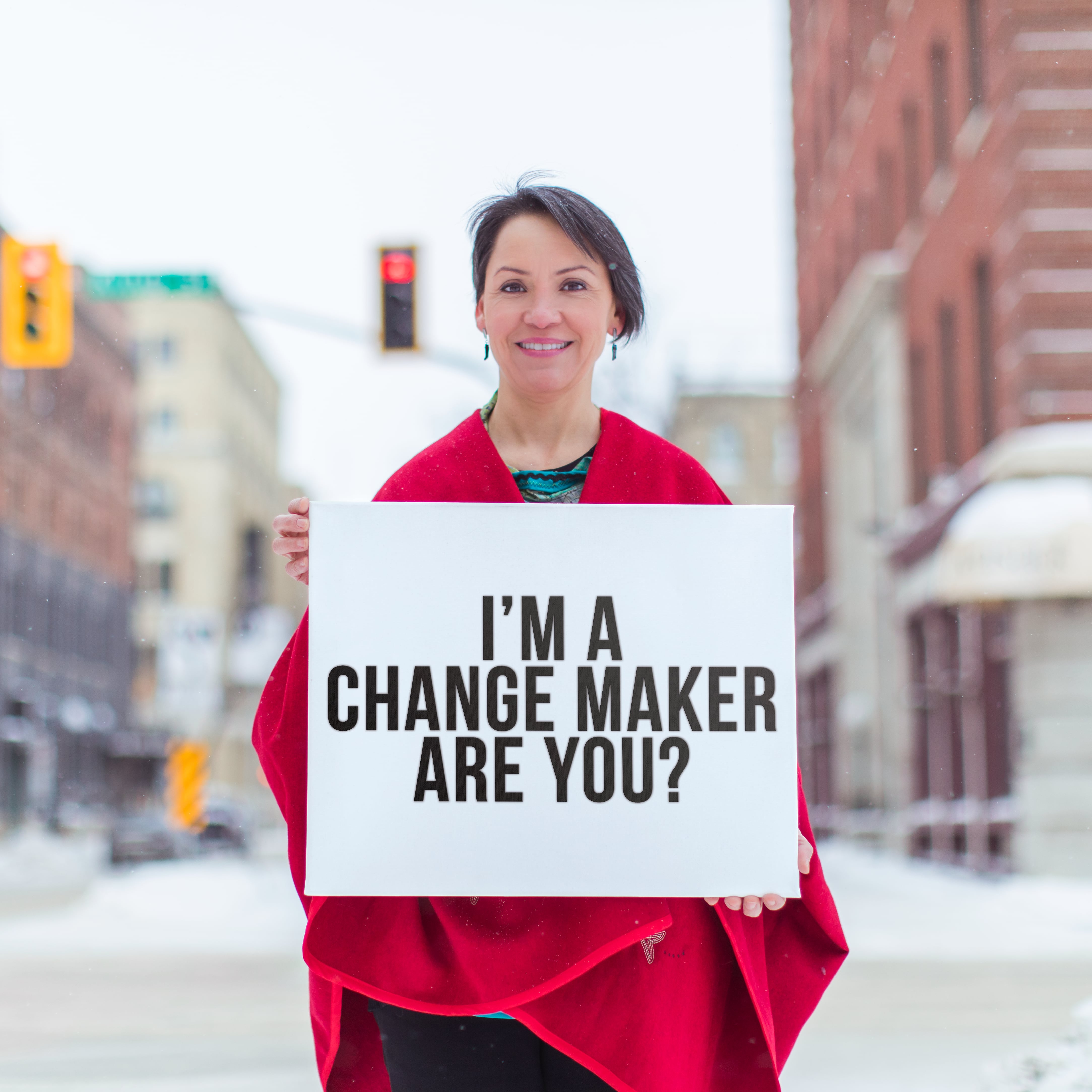 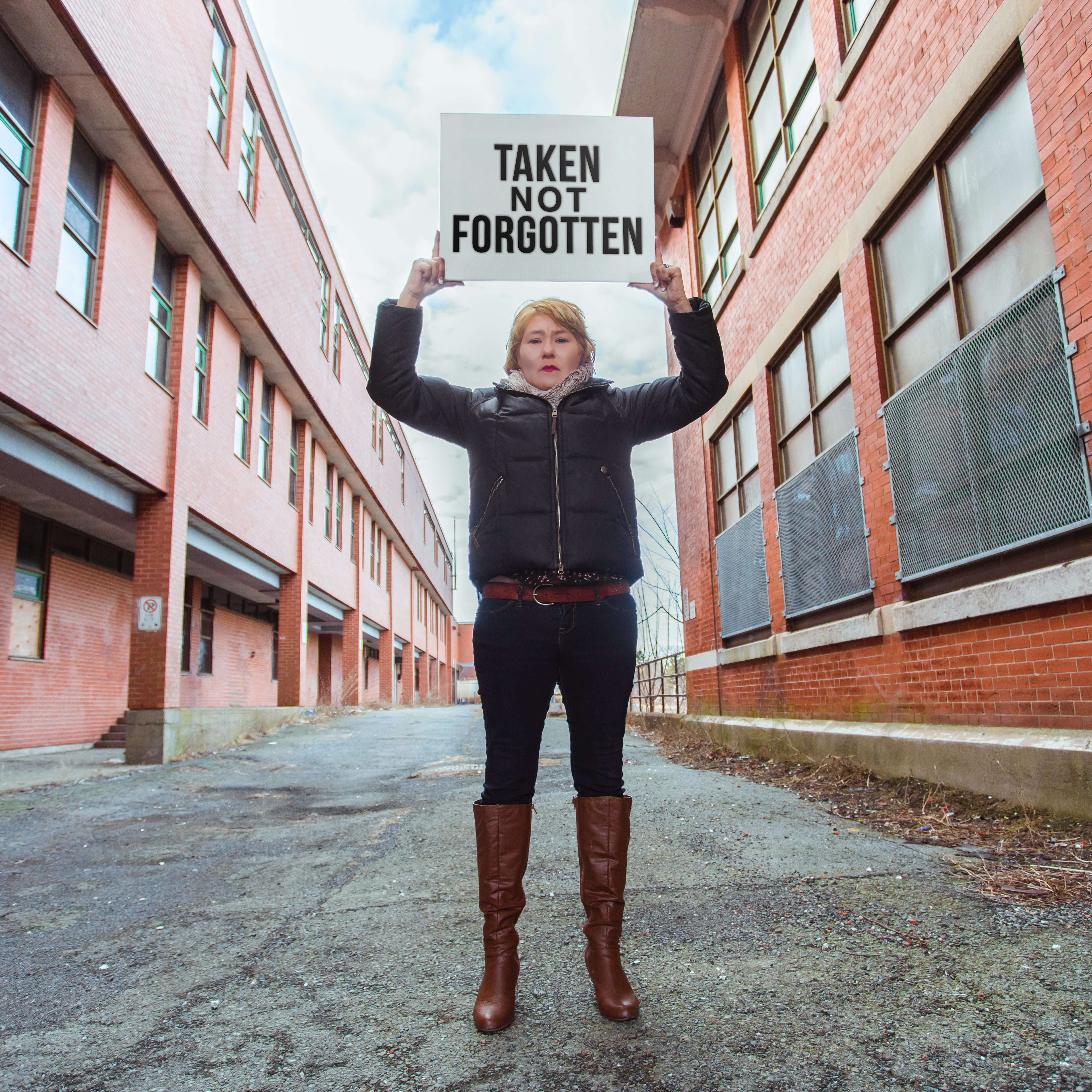 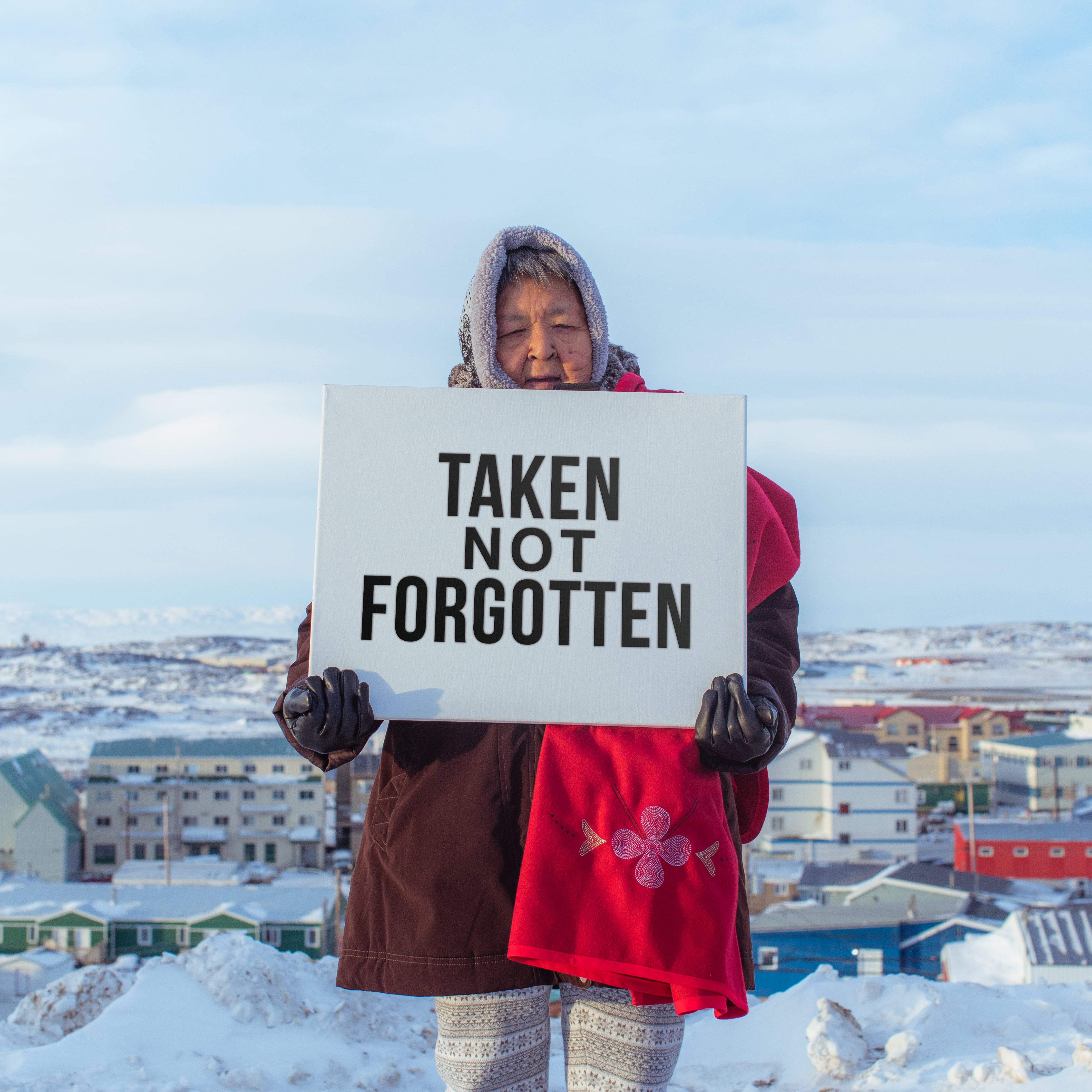