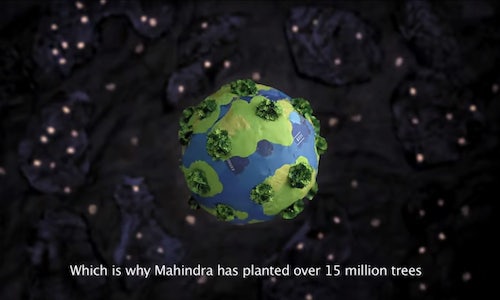 In India, one tree was cut every hour over last 13 years in the capital city alone.
[Source: Delhi Govt data 2018]

To put it into perspective, this means 29 million pounds* of oxygen was lost; enough to sustain 200k people per year. Even though these numbers should jolt us into action, this issue of tree felling does not seem to be a top priority for most people.

Sustainability and taking care of the planet is an ideology that is engraved in the Mahindra Group’s gene. To that effect, their Project Hariyali – a reforestation initiative - has become a nation-wide tree plantation movement. Through it, Mahindra has planted over 15 million trees to date.

* On an average, one tree produces nearly 260 pounds of oxygen each year

While there is an increased awareness or “wokeness” about environmental issues in the cities and each of us feels like we do our bit, the truth of the matter is that most of our actions remain very harmful for the environment. It is the same set of people who pride themselves on being environmental crusaders who are oblivious to the infinite number of personal cars on the road, factories releasing harmful fumes into the air and burning of garbage. All these activities add to pollutants in the air that eventually affect the Earth's ozone layer while also depleting the oxygen levels.

Therefore, the idea was to recontextualise the Tree against the harm done by the “woke” civilisation.

When something is available to us in abundance, it is human tendency to take it for granted.
We positioned the tree in a new light as The Hardest Worker on the planet, tirelessly cleaning the air without question or hope for reward.

The Solution: We took something that the tree gave us (recycled, waste and discarded paper) and creatively repurposed it in a way that not just engaged the viewer, but also sent out a powerful message about the importance of the Tree. The film brought the insight to life with beautifully crafted visuals, that gave people a reason to re-watch and forward the film. We seeded this on YouTube and distributed it through WhatsApp mailing lists amongst other digital dispersion mediums.

The Engagement: Once the film got traction and the views increased, the digital campaign asked viewers on Twitter to merely retweet a post about The Hardest Worker. Every retweet resulted in Mahindra planting one additional tree on the person's behalf. Using the #TweetForTrees, we even gave out customised certificates for every like, retweet or share. This encouraged people to contribute to a larger cause from the comfort of their own couches.

While the campaign delivered exceptional results on social media, our biggest gratification was the involvement of the community that led to over 300% plantations more than the projected number of plantations for the year.

Video for The Hardest Worker 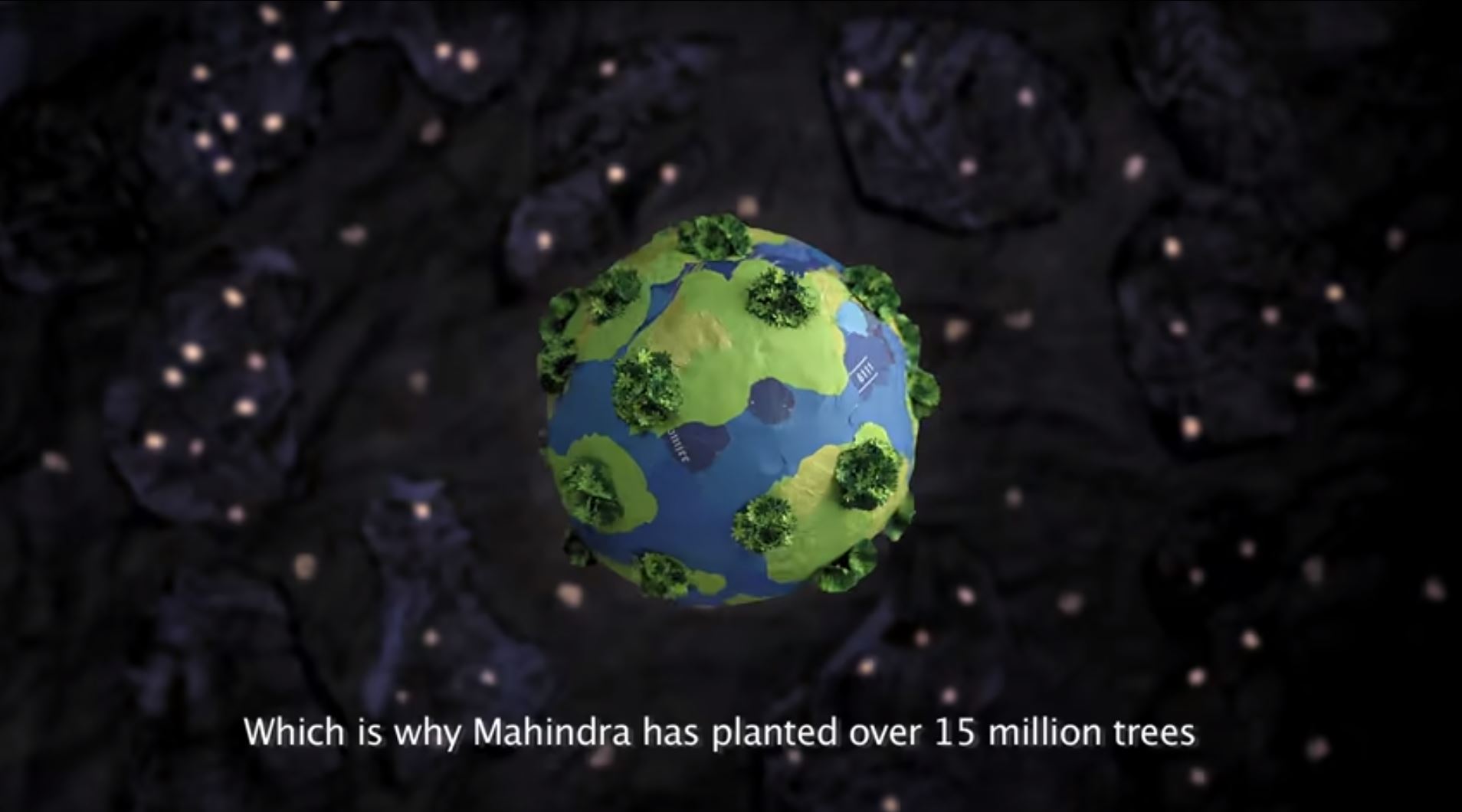 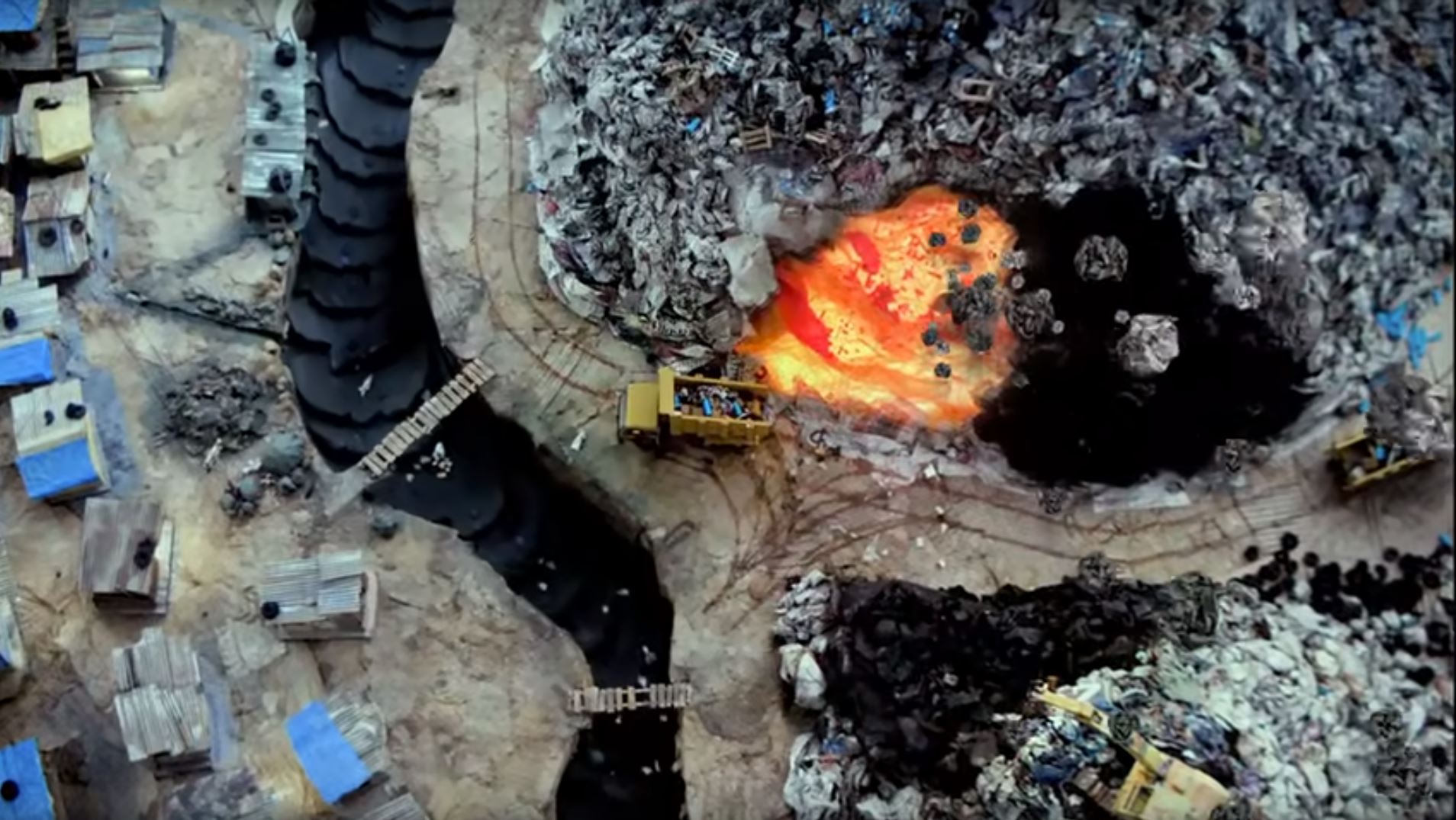