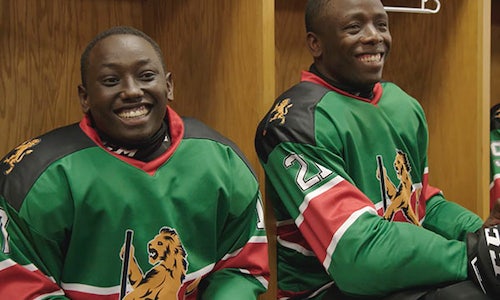 Sometimes it’s the toughest challenges that create the most remarkable results.

Tims Hortons is Canadian largest quick service restaurant. After more than 50 years of presence the country, it is undeniably part of Canada’s identity. Like Canadians themselves, the brand is known for warmth and friendliness and is an acknowledged part of community life.

The company has supported hockey at a local and national level for decades. Just as hockey is a part of Canada’s national identity, it is an essential aspect of Tim Hortons’ brand identity and its connection with Canadians.

In Fall 2018, Tim Hortons needed to rebuild love and trust with its 5,000,000 daily guests following a challenging year of declining sales and a stream of negative PR. A company accusomted to the unquestioned support of Canadians was experiencing just the opposite. Negative sentiment is tough for any brand, but for one that’s a national institution, it cuts to the core.

To reclaim positive sentiment, the company wanted to do something that would exemplify its commitment to the pillars of the brand: community, generousity, and an unbridled love of hockey as a sport that can bring out the best in people.

The resulting brief was as clear and challenging: build brand love with 5,000,000 daily guests to reverse the decline in sentiment in Q4 2018.

The qualitative goal of refreshing Canadians’ admiration for the brand and demonstrating generousity was daunting. but it paled in comparison to the quantitative goal set for the campaign: 100,000,000 earned media impressions.

Even the best-loved companies occasionally encounter negative sentiment. As tempting as it is to answer criticism directly, we believed an approach that acting on the company’s core values would be a more powerful response. There were two core aspects of the brand that inspired us.

Tims earned its place in the hearts of Canadians in large part because of its connection to hockey. Whether through Tim Horton himself, the namesake founder and hockey hero, or through programs like Timbits that introduces our national sport to kids in every Canadian community, a love of hockey unites customers and the brand alike.

A second and equally important aspect of the brand is its commitment to inclusivity.  It’s a community-oriented company that genuinely believes in welcoming everyone.

We believed the best strategy to overcome negative sentiment was to prove that the company’s core values remained intact. Just talking about values wouldn’t be enough; we needed to demonstrate them through an action that showed what the company was truly about.

The insight: respect is earned through actions, not words.

We searched for ways to demonstrate the company’s commitment to hockey. We found it in the sport’s unlikeliest team: the Ice Lions, Kenya’s only hockey team.

If ever there was a team that deserved a little help, it was this dedicated squad. Tims flew the Ice Lions to Canada for their first-ever match against another team. What the Kenyan team didn’t know was that NHL superstars Sidney Crosby and Nate MacKinnon would join them.

We chronicled their once-in-a-lifetime experience in The Away Game, a story that unfolded online with customized video across social media platforms. We seeded the story on Twitter, enlisting influencers to spread the story, then launched the campaign with a three-minute film on YouTube and Facebook. Twenty-four Instagram Stories emphasized different aspects of the story, linked through a platform-optimized, full-length film. All content was optimized for mobile users.

We also partnered with national broadcaster Rogers Sportsnet and aired an 18-minute version of The Away Game in a prime-time slot after a Pittsburgh Penguins game. We leveraged media placements through Sportsnet properties on web and TV that teased and promoted the full-length video, with endorsements from Ron MacLean (host of Hockey Night in Canada) and Tim and Sid (hosts of Last Call). Finally, to further enhance the conversation, we seeded the story on Twitter through key influencers as well as enlisted the help of Steve “Dangle” Glynn, a popular Canadian hockey enthusiast, who live-Tweeted throughout the documentary’s airing.

The Away Game took one of hockey’s most unusual teams and put them on a global stage. The underdog story transcended borders and proved an act of generosity can touch people across the globe.

The effort was covered by CNN, The Huffington Post, BBC, ESPN and USA Today and has generated over 50 broadcast segments. It created incredible visibility for the Ice Lions and significantly overdelivered on even the most ambitious expectations.

After a year of tough headlines, The Away Game generated spontaneous positivity for the brand, culminating in a very significant leap in Canada’s annual Leger’s Reputation Study. Tims leaped 17 spots from 50th place in 2018 to 33rd in 2019.

In Kenya, The Away Game put the Ice Lions into the spotlight, and helped to give a fledgling sport a much-needed boost at home. Tim Hortons continued their support by donating equipment for the entire team, and providing funding to set up a development program for new players. A story that combines the love of sport with powerful storytelling means the Ice Lions now have other teams to play. 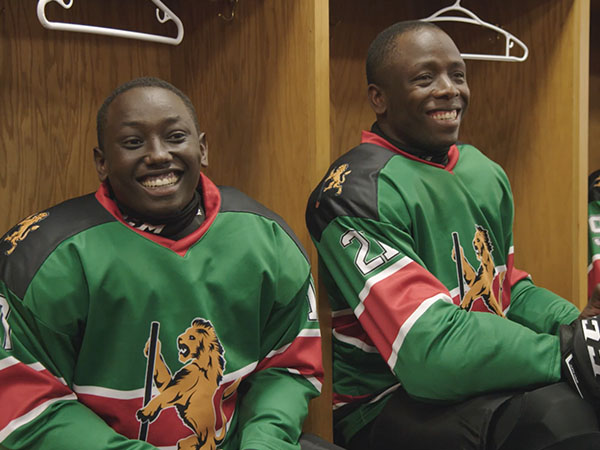