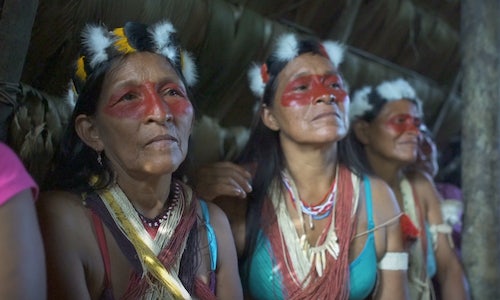 The Amazonian Tribe Defending their Land with Technology

“For thousands of years, we have protected our territory from invaders,” says Opi Nenquimo, one of the Waorani tribe’s own activists.

In 2012, the Ecuadorian government announced their intention to auction off vast tracts of Waorani rainforest land for mining and mineral extraction. They designated the area as “block 22”.

Suddenly, the Waorani’s need to protect themselves turned into an existential threat - their livelihoods, and the rainforest habitat that had sustained them for thousands of years, would cease to exist.

While Al Jazeera and other news networks covered the tribe’s struggle, AJ Shorts decided to tell the story visually, in an observational format. We commissioned filmmaker Julia Muldavin to pick up from her previous filming with the tribe and document the Waorani’s ingenious push-back in the bid to save their way of life.

In The Amazonian Tribe Defending their Land with Technology, we document the Waorani as they use GPS, drones and camera traps to assiduously map out their lands. Their fight for survival and struggle to provide a tangible legal discourse - proof for why the land is actually theirs - became an international clarion call that attracted the attention of rights groups, celebrities and news organizations.

The story of people fighting to preserve and protect their land from the threat of deforestation and resource extraction is certainly not new - but it was the Waorani’s harnessing of advanced technological methods in order to preserve traditional ways that emerged as the film's central paradox.

“Now everyone raise your hands in the fight for life.” (Opi Nenquimo, Waorani tribal leader)

AJ Shorts believed that the best documentaries are always driven by the people living at the heart of some of the world's most pressing issues - especially when these people are engaged in a struggle for change, or activism aimed at amending social injustice.

That affects how we approach the story - from research and pre-production to post-production and, ultimately, distribution.

We also believe in allowing the right people to produce these documentaries, often deferring to those who are embedded in the community, living in the heart of the issue – as was the case with the filmmaker, Julia Muldavin. It would be easy to parachute in and produce something, but stories produced in this way normally hover near the surface of important issues, missing out on insights that invite audiences to engage more deeply and contribute to movements for social change around the issue.

In The Amazonian Tribe Defending their Land with Technology, we aimed for this level of access and empathic enagement, and to garner as much momentum as possible. From our story/audience analytics, this style and tone - these production values - have often worked to effect.

Perhaps emboldened by their growing embrace of technology, Julia Muldavin, gained unprecedented access and filming intimacy with the Waorani. In the film, we see the Waorani at home, meet their activist Opi and the Nenquimo families and see them travelling to neighbouring villages to rally support. We also observe them implementing technologies they hope will advance their case, mapping lands, hunting and sacred burial grounds that only the Waorani can know. Finally, we follow them to the Ministry of Environment in Quito, where they address and hold them to account their representatives.

The Waorani won their battle in April, with the courts ruling that the government could not auction off their land.

This is in no way to suggest that we won the battle for the Waorani, rather that we are humbled for the film to have supported them in their struggle, and gained more exposure and engagement for the issue and their rights.

Video for The Amazonian Tribe Defending their Land with Technology 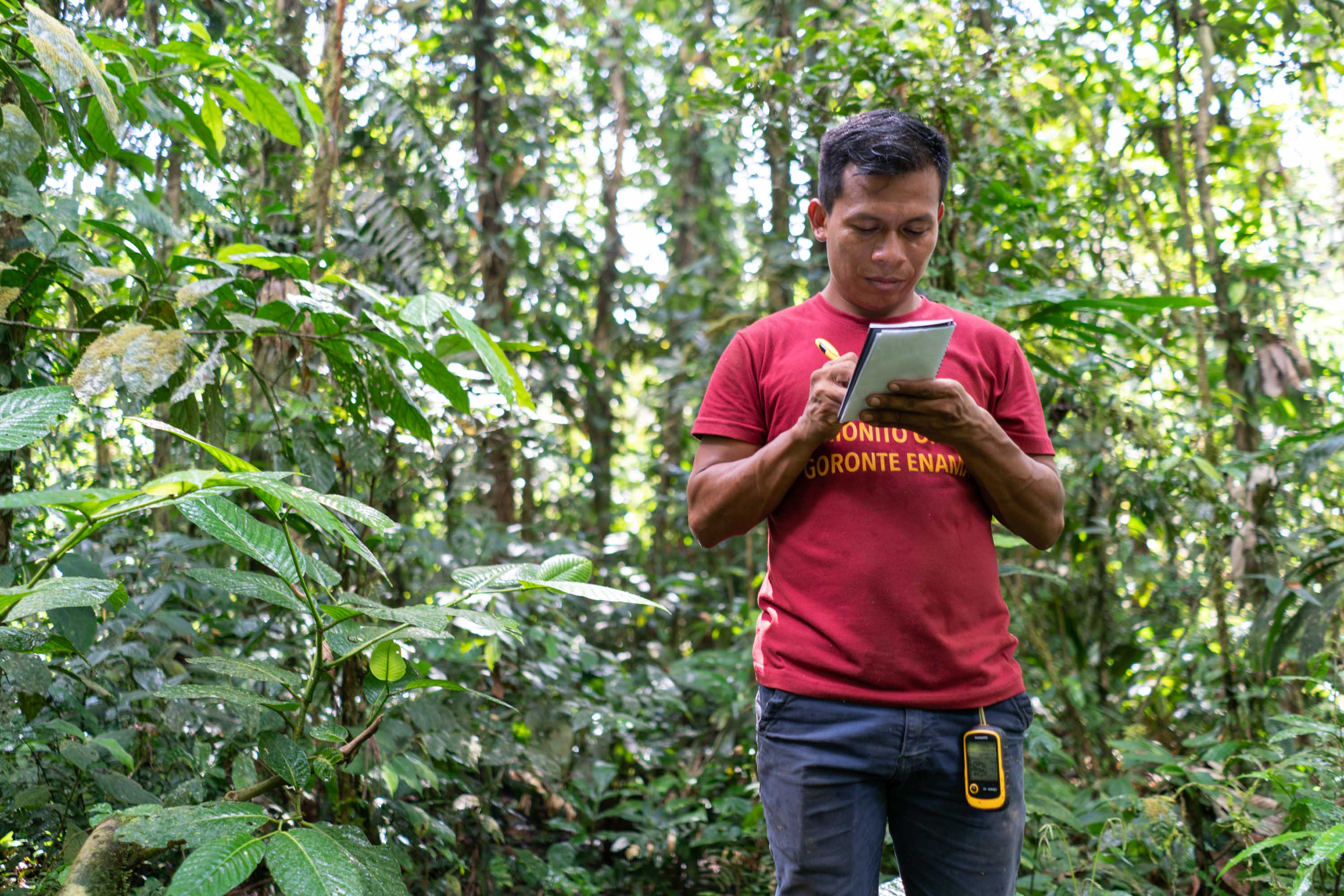 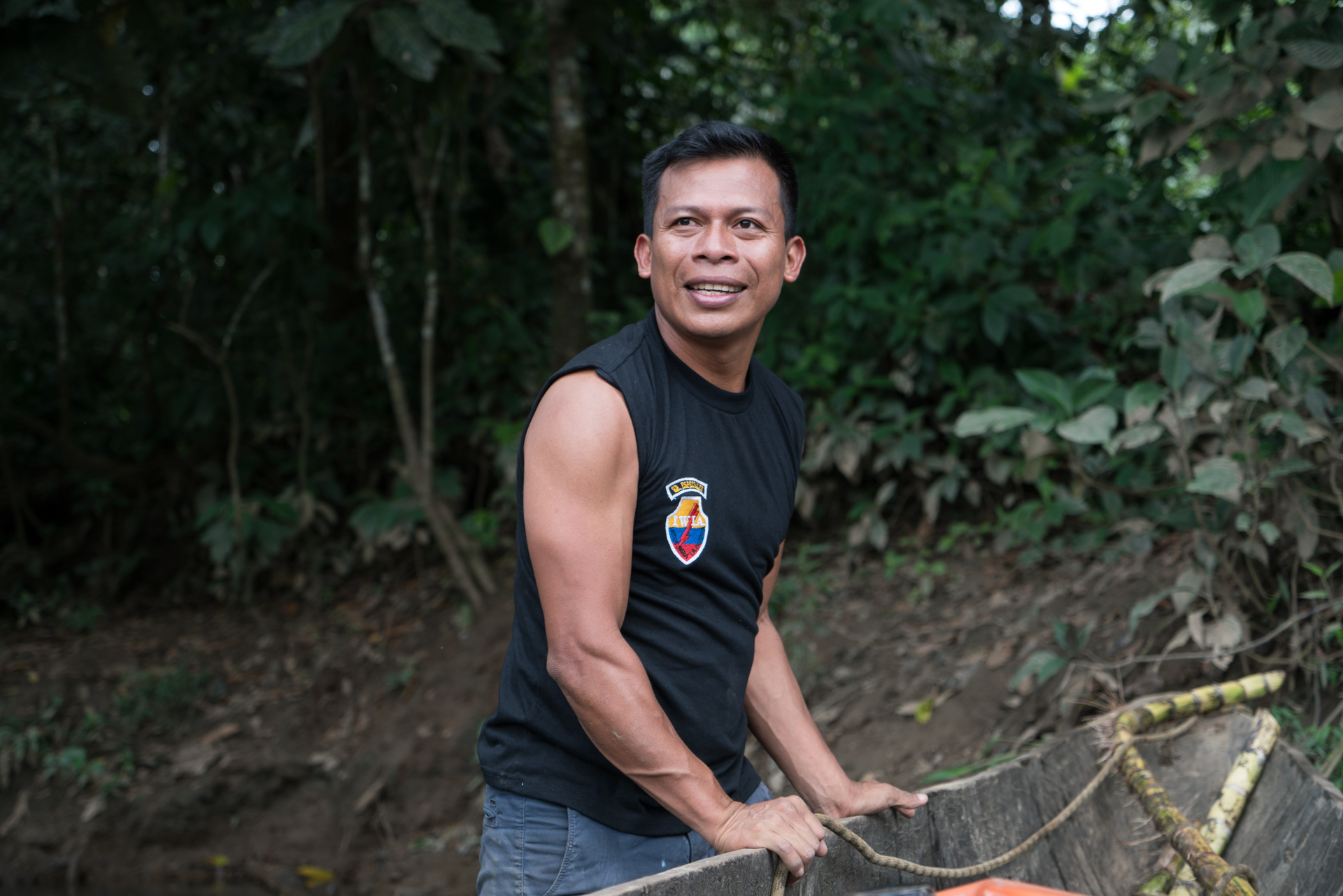