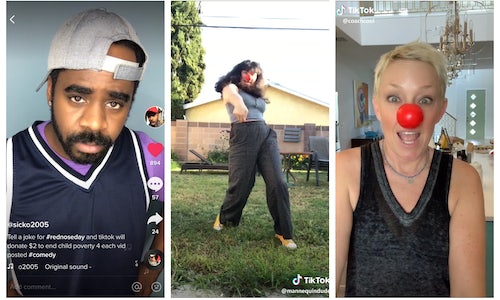 Nearly 1 in 5 children in America, and 1 billion children around the world, live in poverty. Every Spring, Comic Relief USA's Red Nose Day unites Americans across the nation in a fundraising campaign that has, since just 2015, raised over $190 million to end child poverty.

Red Nose Day partners with retail, broadcast television, celebrity, influencer, and innovative social media platforms to leverage the power of entertainment, driving engagement and support for this immeasurably important cause.

In developing the strategy for 2019’s campaign, Millennial and Gen Z audiences were identified as a major opportunity for Red Nose Day. TikTok – the world’s leading platform for short form video – provided a unique and immediate way for its users to show their support and participate directly in the Red Nose Day campaign.

Short form video has increased in popularity in the US and TikTok, as the leader in this arena, was the obvious choice for a campaign geared to a Gen Z audience. TikTok was the ideal partner to execute on our campaign.

TikTok worked with Comic Relief USA to develop a concept that would resonate with the users on their platform and provided a matching donation to Red Nose Day for each piece of content created by them. This allowed users to interact with the Red Nose Day brand in a fun and creative way, while directly making an impact on children living in poverty – changing their lives for the better.

TikTok and Comic Relief sought to connect user generated content and trending in-app action to a direct impact for children living in poverty. To accomplish this, for every post using our campaign hashtags, TikTok generously donated $2, up to $100,000, to Comic Relief’s Red Nose Day Fund.

With this incentive established, we worked with TikTok's team to roll out a two-phase campaign that leveraged TikTok influencers and Red Nose Day celebrity supporters to build momentum around the campaign.

Phase 1: From May 18 through May 22, TikTok encouraged its users to participate in the “world’s biggest Joke-Ha-Thon” by posting their favorite joke with the hashtag #RedNoseDay. To aid in the promotion of this part of the activation, Josh Groban recorded a video of his favorite joke and posted it across his social media channels as well as the Red Nose Day USA official account on TikTok. TikTok then leveraged in-app pro-bono media promotion to raise awareness for #RedNoseDay among the TikTok community, and activated key TikTok talent to encourage support from a wider audience. This phase of the campaign leveraged the well-known TikTok user behavior of comedic video creation.

Phase 2: On May 23, 2019 (Red Nose Day) TikTok deployed a special augmented reality filter that placed Red Noses on the faces of its users. 'This is Us' actor Chrissy Metz helped launch the filter with a video for social, demonstrating how to use the filter and driving users to participate. The augmented reality filter was also promoted during 'The Red Nose Day Special' on NBC during a segment featuring host Terry Crews. Additionally, users were encouraged in-app to submit a video with the augmented reality filter using #RedNoseDay. This phase of the campaign leveraged a favorite feature among TikTok users, adding musical overlays along with user-triggered filter functions.

Across both phases, we also amplified our efforts on other platforms, leveraging Red Nose Day’s celebrity supporters’ social graphs and broadcast television presence to drive engagement around the TikTok #RedNoseDay campaign.

Red Nose Day sought to increase awareness and encourage action from a broad community including Millennial and Gen Z audiences through a partnership with a cutting-edge digital platform that would provide not only amazing awareness and engagement, but an opportunity for this population to make a real impact and show their support. TikTok was the ideal partner for this as, for our campaign, TikTok leveraged video creation as a trigger for a corporate donation – they provided a donation to match each piece of content created under the hashtag, mobilizing its user base to generate content and show their commitment.

As a platform, TikTok empowers users to create UGC to showcase what matters to them. It was a powerful platform to grow viral awareness and create immediate impact.

In total, our activation spurred more than 67,000 user-generated videos in just six days from the TikTok community. This user participation earned the maximum donation of $100,000 from TikTok to the Red Nose Day Fund – which will make an incredible impact on children living in poverty. What’s more, the Red Nose Day brand, which was previously dormant across the platform, brought our mission to end child poverty to these key audiences, earning more than 20.7 million video views from this user-generated content.

This campaign demonstrates the power of a strategic, integrated campaign partnership that leverages known platform behavior to engage key audiences with an opportunity to create real social impact through their in-app actions. 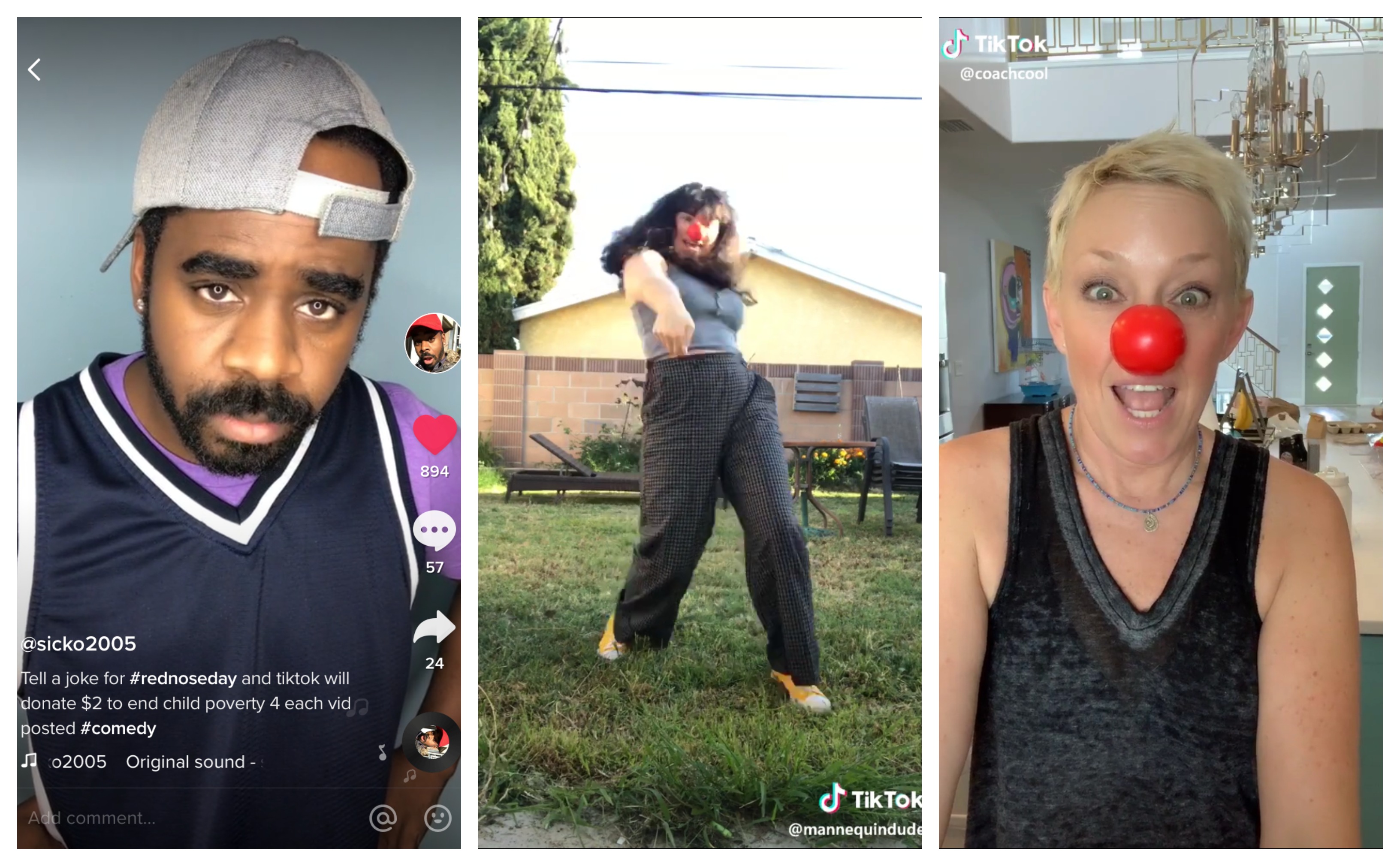