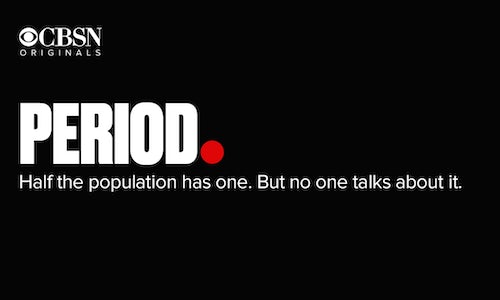 In the #MeToo era, there is much discussion about gender equity in the workplace, classrooms and political representation. However, due in large part to centuries of stigma, one of the most common gender equity issues for U.S. women remains largely unaddressed and unspoken – period poverty. For homeless women, incarcerated women, female troops and U.S. school children living on or below the poverty line, monthly menstruation is accompanied by painstaking questions: Do I pay for menstrual hygiene products or food? If I don't have an adequate supply of products, should I skip school rather than risk the embarrassment of a leak? Menstrual hygiene products are a medical necessity for half of the population and yet, they are taxed as luxury items, rendering them inaccessible for many of the women and trans people who need them.

Our objective in this CBSN Originals digital documentary was to showcase the extent of the problem, how the activists of the Menstrual Movement are lobbying lawmakers to enact change, and how Generation Z has now taken up the cause.

Other documentaries had successfully shown that menstruation presents a multifaceted struggle every month for women in third world countries. However, many people were still unaware of how dire and widespread the problem is in America too. By going into homeless shelters and Congress, speaking with formerly incarcerated women and activists, it was our objective to shine a light on the cruel reality of period poverty in America; and in doing so, help move the movement forward.

With regards to the full digital documentary, our strategy was to travel the country speaking to key players in the Menstrual Movement, as well as representatives of the populations of American women most affected by the problem. We spoke to a homeless mother, a formerly incarcerated woman, a missileer in the U.S. military, and more. We then interviewed activists, legal experts and a member of Congress to give viewers a timely picture of how U.S. taxes and legislation contribute to the current state of affairs. Lastly, we spoke to a member of Generation Z and an outspoken celebrity (Busy Philipps), who are both taking steps to shatter the stigma at the heart of period poverty.

In conjunction with the release of this CBSN Originals documentary, our team composed a handful of articles and created an assortment of social video promos, which were posted on Facebook, Twitter and Instagram to drive clickthrough and streams of the full doc. These social posts were all carefully crafted with language, imagery and specs optimized for social. And where applicable, we tagged Busy Philipps in these posts, so that she could further amplify their reach across her vast network of social media followers.

On YouTube, in addition to premiering the full documentary, we posted select slices of it with language optimized for the search trends on that platform. Our CBSN anchors also conducted interviews with the piece's producer and experts who could speak to complementary issues of relevance, which were posted as separate video assets.

Half the world's population gets a period every month. And yet, even in America, there is such a stigma surrounding menstruation that the majority of girls and women still feel uncomfortable talking about it. In light of this reality, we are thrilled that more than half a million people have now viewed this documentary and are armed with the knowledge necessary to enact social change.

Video for Period: The Bloody Truth About Gender Inequality 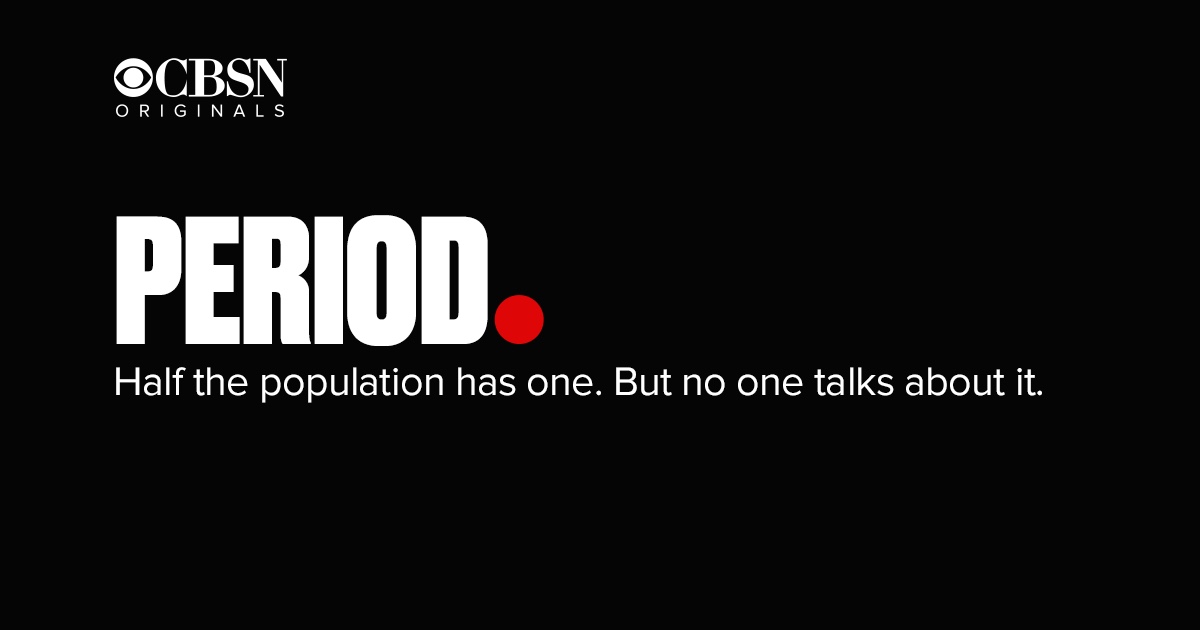