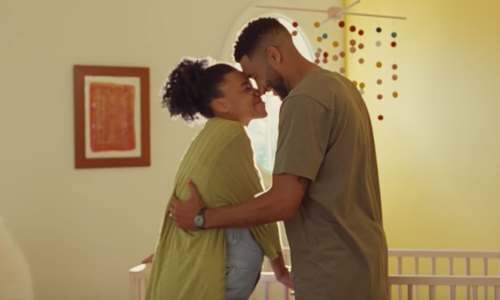 MTV's Save Our Moms

The US is the most dangerous place in the developed world to give birth: between two and three women die every day due to complications related to pregnancy and childbirth. Over half of these deaths are preventable. MTV launched the “Save our Moms” PSA, in collaboration with Lena Waithe, to sound the alarm on maternal mortality and to ignite the audience to be an active support system for their peers. By analyzing the maternal mortality and motherhood space with organizing groups Black Mammas Matter and Every Mother Counts, we found that oftentimes the onus of the mother and her child’s health falls solely on the mother, who lacks any additional support.

The PSA targeted MTV and VH1’s audience and drove them to actionable resources for the mothers in their lives, challenging them to be a better support network. The digital resource was a two-fold demonstration on how support systems could activate around moms in their community. The first part, a simulated group chat, provides conversation starters that anyone could use to engage moms. The second portion is a list of vetted resources and tips that could help inform support groups to take action. A website formatted for the support systems of moms specifically to prevent maternal mortality and provide holistic support was missing from the maternal health landscape. By creating this user-friendly resource, MTV started a conversation within our audience on maternal mortality.

The campaign premiered on May 9, 2019 on MSNBC’s Morning Joe and was syndicated across major news outlets via the AP. We also leveraged our connection to Viacom properties by having the show accounts for Teen Mom, Catfish, Love & Hip Hop, Basketball Wives, and Snooki & JWoww amplify the PSA and digital resource to their audiences. Additionally, MTV News published two key editorial pieces in support of the campaign, and the tweets supporting these pieces totaled 60K+ impressions and 160K+ total engagements.

Video for MTV's Save Our Moms