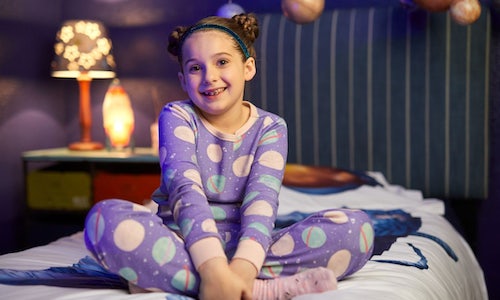 On April 3, 2019, Make-A-Wish launched the 360-degree, "Where There's A Wish, There's A Way" integrated marketing campaign in collaboration with TBWA\CHIAT\Day. The campaign objective was to increase brand familiarity and consideration through significant earned media exposure. By engaging millions of new supporters, we move closer to achieving our vision of granting the wish of every eligible child.

During the campaign, Make-A-Wish told the stories of wish alum who have experienced the positive impact of their wish many years later. Their impactful and emotional stories helped to educate and address the misconception that Make-A-Wish only grants wishes for children with terminal illnesses.

The campaign was anchored by an inspiring PSA starring Make-A-Wish kids who are envisioning their one true wish. Wish kid Yaretzi wishes to be a mermaid; Addison wishes to train with astronauts; Kionna wishes to be cowgirl, Adam wishes to be football player and Hunter wishes to be a dinosaur. The PSA culminates with wish alum Ezra whose wish to be a firefighter was granted 15 years ago and inspired him to become a volunteer firefighter as an adult.

The campaign demonstrates that wishes are an important part of medical treatment, giving kids hope and a chance to see themselves stronger and braver. Wishes can give kids the strength to fight their critical illnesses. To get better. To grow up.

In the U.S. Make-A-Wish is only able to reach 1 out of every 2 children who may be eligible for a wish. To engage more supporters in our mission, the campaign’s unique global strategy was centered around showcasing Make-A-Wish alum who are proof of the long-lasting benefits of a wish.

Each Wednesday in April became #WishWednesday as Make-A-Wish, along with its chapters and affiliates around the world, shared powerful wish alum stories like Ethan’s. Hear his story in his own words here.

As part of the global strategy, Make-A-Wish America also engaged corporate sponsors to participate and grow our reach by sharing the PSA and activating the campaign throughout their earned and owned media channels.

Make-A-Wish supported the campaign through paid, earned and owned media including:

-Public relations and communications including three TODAY Show "Wish Week" segments (links can be found in the link section below.)

- In addition to Make-A-Wish kids appearing in the PSA, wish kid and aspiring artist Kara Kuper collaborated with Wish I Was to create the featured score in the PSA, “Ready To Start.”

-Radio PSAs (English and Spanish): Make-A-Wish partnered with iHeartRadio to distribute and play the radio PSA on their network of stations throughout the country.

-The campaign was promoted through Captivate’s engaging, premium video content platform in elevator and lobby displays of premier office buildings across North America.

The “Where There’s A Wish, There’s A Way” campaign garnered more than $42MM in media value in the first six months, as a result of the PSAs, public relations, social media, email, digital and sponsor activations. Make-A-Wish exceeded its campaign goal by 250%. To date, the campaign has generated
1.2B+ impressions and its reach continues to grow.

-The TODAY Show aired "Wish Week" (April 24-26) and highlighted Make-A-Wish alum. In an unprecedented event on April 26, Make-A-Wish children and supporters cheered on TODAY show anchors Jenna Bush-Hager and Meredith Vieira, as they climbed The Vessel structure in NYC to raise awareness and donations for Make-A-Wish.

-Disney teamed up with celebrity wish granter Will Smith to kick off World Wish Day, April 29, with a cause marketing social media campaign to amplify the power of wish granting.

-WWE shared the PSA throughout the WWE Universe, and WWE Superstars engaged with #WishWednesday and shared on social media. 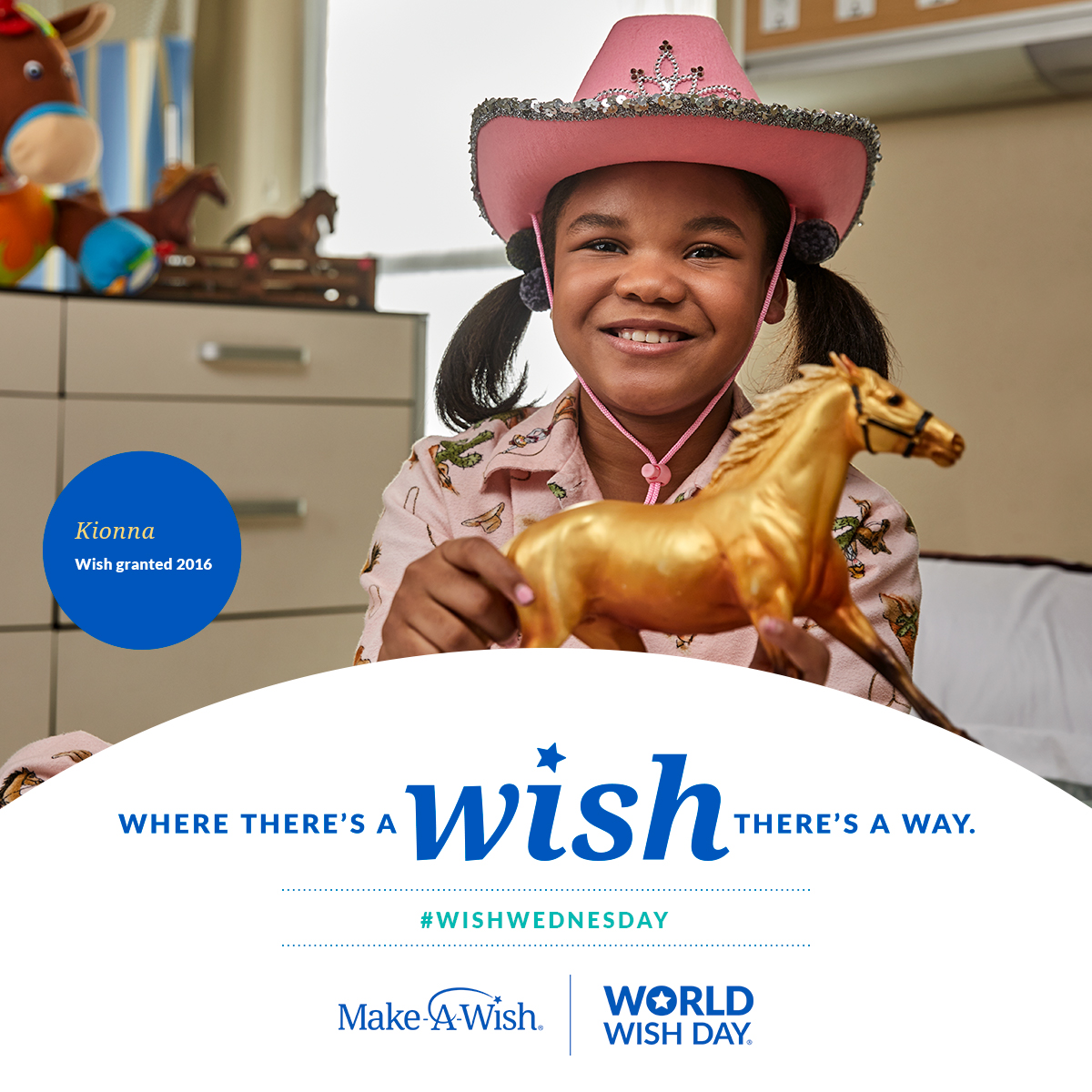 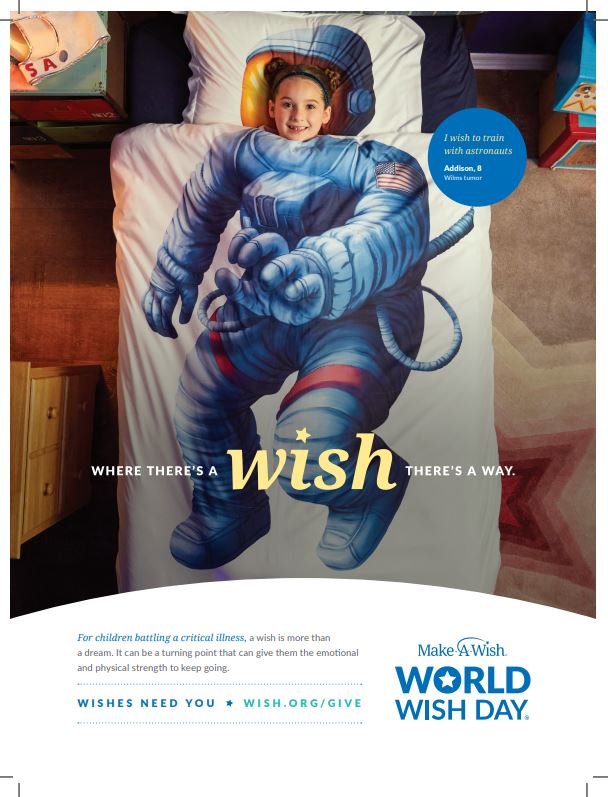 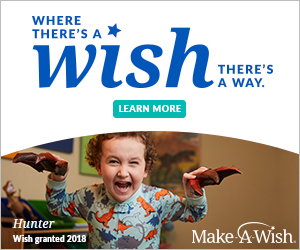 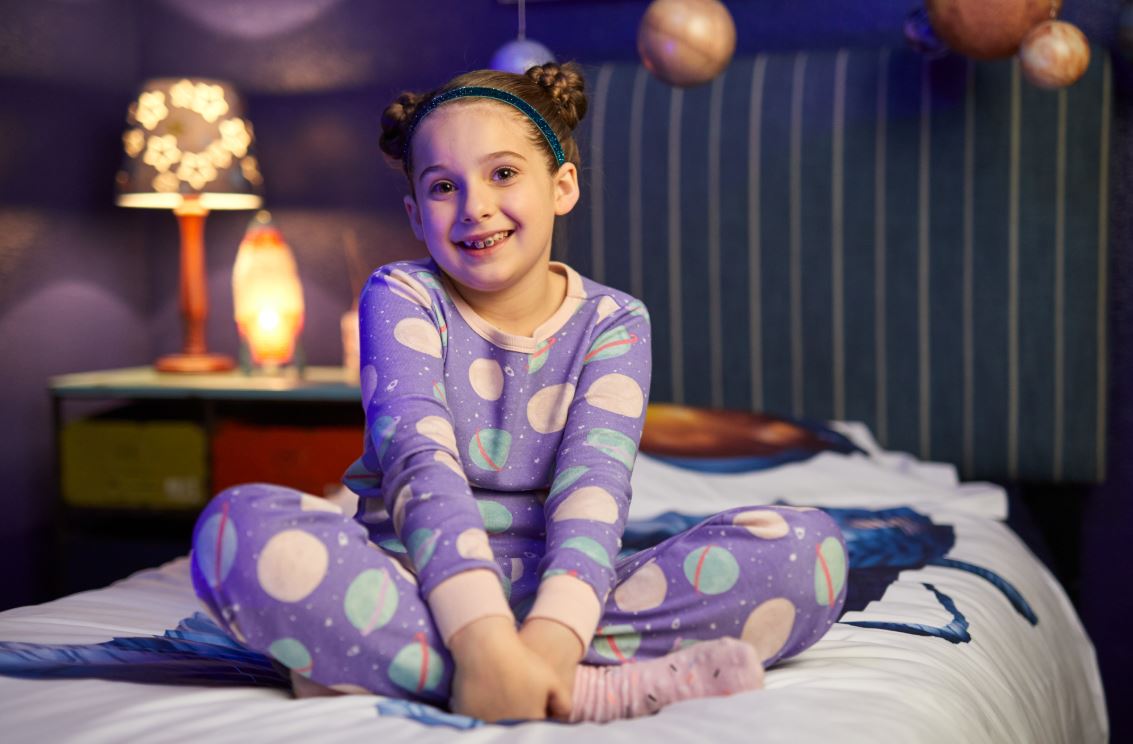 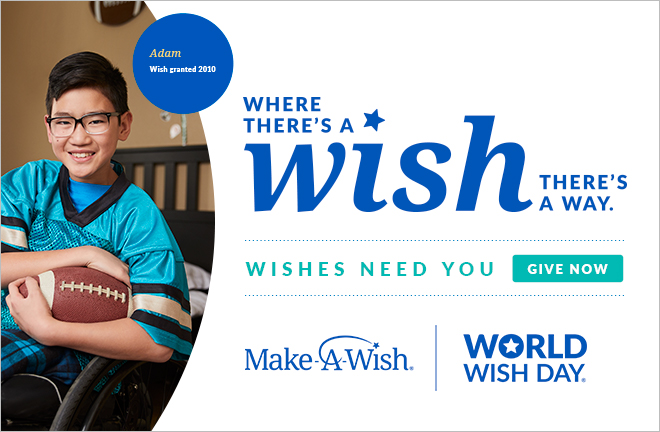 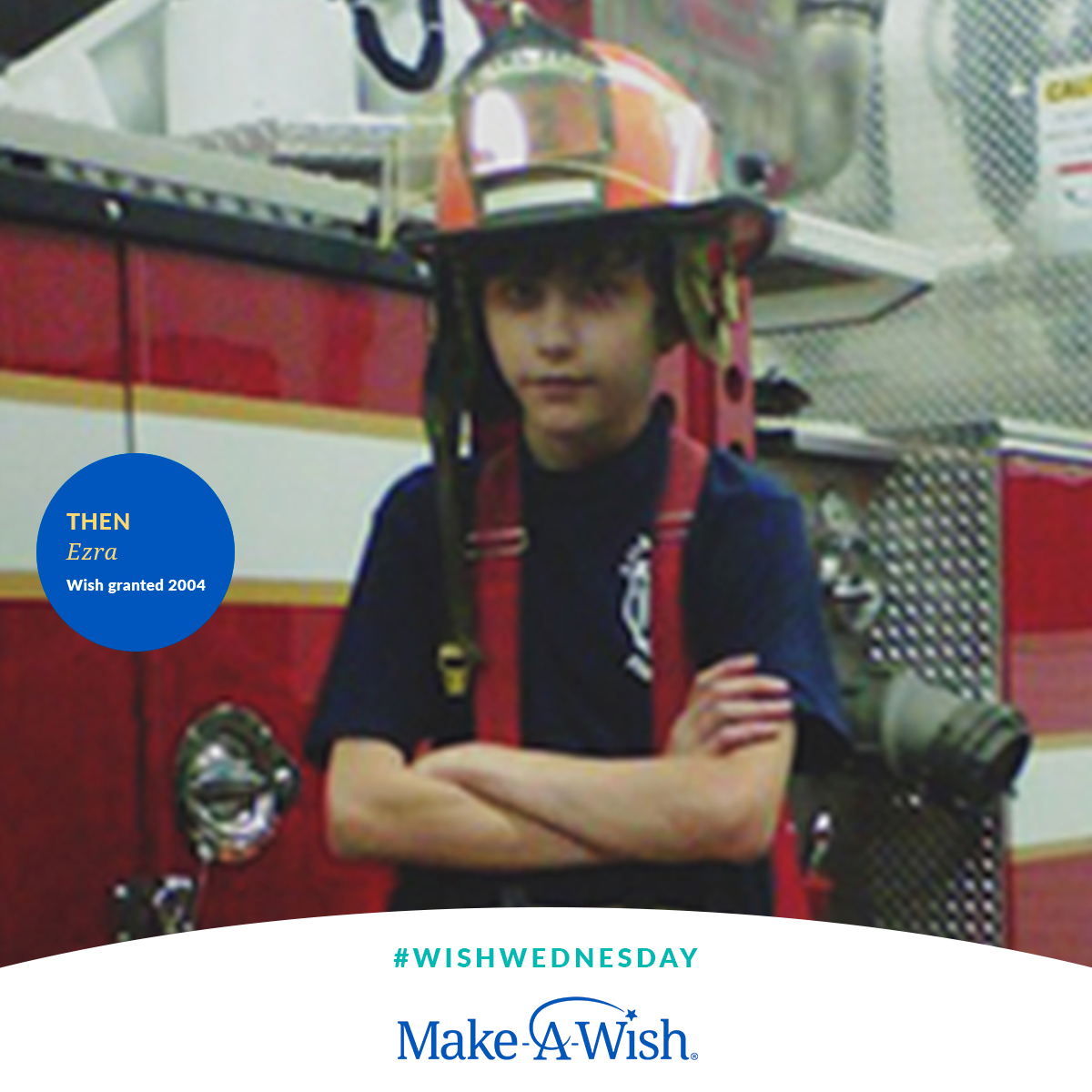 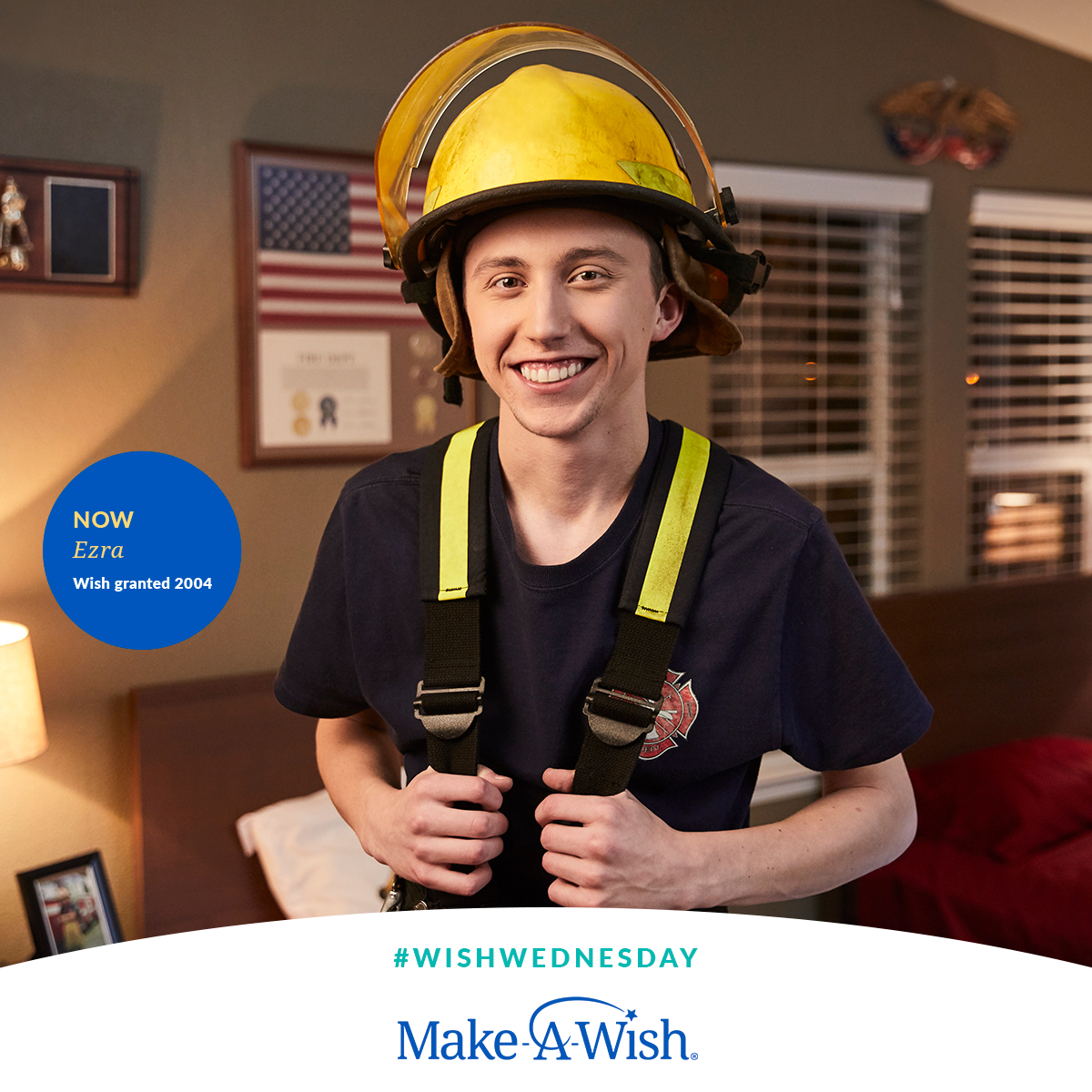